What’s Age Got to Do with It: Neena Gupta in ‘The Last Color’ 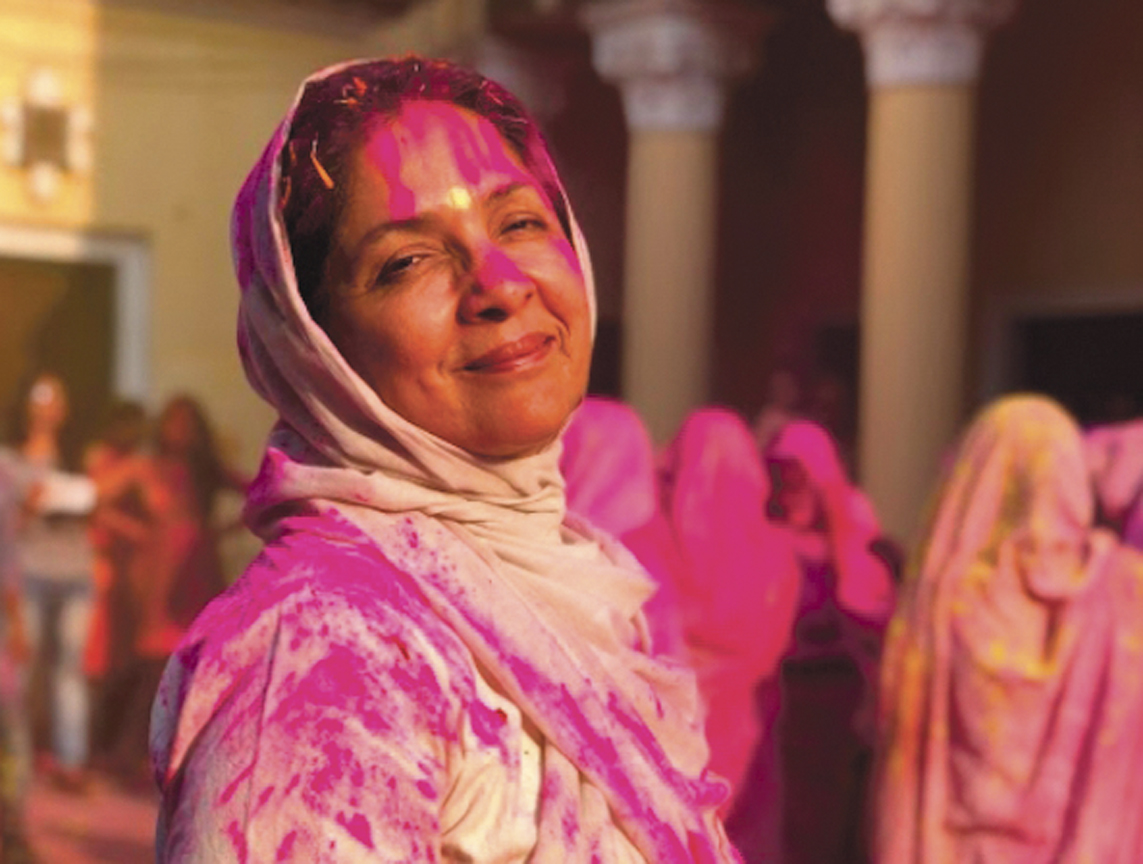 In 1998, India’s television landscape was drowning in regressive serials that centered around weak female characters who either ticked the “perfect, forever giving housewife” or the “evil vamp” tab. Out of this sea of extremely unfortunate content emerged Neena Gupta’s Saans, the story of Priya Kapoor, whose husband falls in love with another woman. The Indian TV audience’s hunger for mature and relatable content was finally met. At the time, the show was radical, as it depicted Priya moving past her husband’s infidelity and configuring an independent life for herself and her children. Women in their late thirties felt seen through the character of Priya, and my generation was acquainted with Gupta, the director and lead actress. Indian cable television, teeming with soap operas, had undergone a quiet revolution.

A graduate of the National School of Drama, Gupta has appeared in Richard Attenborough’s Gandhi and several Merchant Ivory films like In Custody and The Deceivers. A prolific actor, she has appeared in at least one film or television series almost every year since 1982, in roles that have struggled to do justice to her immense talent and versatility. In 1998, when good roles were hard to come by, Gupta decided to make Saans and cast herself in the lead. “The channels wanted only young girls as heroines in TV shows,” she said in an interview. In 2018, at 59, Gupta was cast as the lead character in Amit Sharma’s Badhaai Ho, where she plays Priyamvada Kaushik, a middle-aged homemaker who gets pregnant. Without a potboiler storyline or a superstar cast, the film went on to become one of 2018’s biggest Indian hits.

Another recent film, Vikas Khanna’s The Last Color, which recently played at the New York Indian Film Festival, has Gupta playing the central character, Noor. The film revolves around the Orthodox Hindu practice that prevents widows from playing with colors during the spring festival of Holi. While the plot of The Last Color delves into the practice and rightfully portrays it as terribly exclusionary and bordering on barbaric, it fails to go beyond what is already common knowledge and perception. The narrative pivots on a widows’ home in Varanasi and traces the pathetic and shameful ways in which the religion and the larger society has treated them through history. Finally, the film is a jubilant celebration of the Indian Supreme Court’s ruling which allowed the widows of Varanasi to celebrate the festival of Holi. The Last Color tries to encompass too much: police corruption, homelessness, gender violence, sexism and transphobia; it often wanders off chasing plot details that don’t add much to the story.

What stands out in The Last Color, though, is Gupta’s performance. There’s a scene where little Chhoti (the effervescent Aqsa Siddique) asks Noor to describe how she danced as the mythological character of Radha, when she was younger. Gupta, almost 60, stands on a riverbank in The Last Color and her whole body starts moving in silence. In agile movements of her feet and arms, Noor dances like Radha engaged in a playful fight with her lover, Krishna, during Holi. She is wearing the white garb of widows, but her dance brings back memories from a time when she was young, when her whole life was steeped in possibilities for a colorful future. Noor is at once 60 and 16 when this happens in The Last Color, her feet alive with the vitality of youth, her arms sure of having time on her side but her face contorted in the grief of losing it all with her husband’s death. Gupta, with her immense treasure of emotions and movements, brings to life the dichotomies of extreme pain and extreme joy, and makes it all seem so relatable that it’s difficult to hold back tears.

Actor Reema Lagoo, who was 59 when she passed away in 2017, was singularly lauded for playing mother to Bollywood heroes barely 10 years younger than her. Some made a point to note how Bollywood and its screenwriters failed to write roles that made use of her immense talent and multifacetedness. This problem, obviously, is not Bollywood’s alone. Maggie Gyllenhaal, at 37, was considered too old to be playing a 55-year-old man’s love interest, while younger female actors are consistently cast to play love interests of much older male actors. While we can falsely lament how older women don’t “sell,” films like Susan Bay Nimoy’s Eve, which premiered at Sundance last year, detail how a radical film that looks at a 74-year-old widow’s journey through grief sexual passion and renewal can act as the singular rebuttal every against defense of film casting needs. Cinema is both art and business, and good things don’t come by when the latter overpowers the former.

When we deny the women in our films to age, we refuse to portray life in its real-ness. While it is understood that cinema doesn’t owe anyone an adherence to any reality, it definitely has an important role in stopping the invisibilization of narratives. Women like Gupta who struggle to maintain visibility, without pretending to be a day younger than they are, not only do a huge service in furthering the fight to fair representation of women on screen, but they also democratize the medium and enable the production of content that does not just inspire younger women but also acts as a mirror where elder female audiences find a resonance and see themselves.

Take this away and our popular culture is stuck with endless narratives that go on perpetuating the lie of a shelf life for a woman’s talents or attractiveness. While the battle for pay equity, screen times and spoken roles wages on, the battle against ageism should definitely be one less battle to fight as moviegoers demand a more just cinema.

Bedatri Datta Choudhury (@Bedatri) grew up in India and has studied Literature and Cinema at the University of Delhi, Jawaharlal Nehru University and New York University. She moonlights as a writer and likes writing on films, gender and culture. She lives in New York City and loves eating cake.