An Interview with ‘All These Small Moments’ Director Melissa Miller Costanzo

When Melissa Miller Costanzo was asked by her agents if she wanted to direct All These Small Moments, she didn’t hesitate at first. It made sense, after all. The script, which she wrote, had been in her head for a couple of years. And once the script made the rounds, All These Small Moments gained momentum. Furthermore, selling the film as a project by a writer/director could prevent it from reaching development hell.

Immediately after the agent meeting, Miller Costanzo asked herself “Why did I say ‘yes’?” The question was probably triggered by the anxiety of directing her first feature. As it turns out, Miller Costanzo is not a stranger in the film and TV industry. She not only previously directed the short film The Busker, but also worked in the art department for HBO’s The Affair and AMC’s Rubicon, and also for films like Precious, The Fighter and If Beale Street Could Talk.

Still, All These Small Moments marked Miller Costanzo’s first time as a feature film director, and that job required her to take a leap. And what a delightful one it turned out to be. Led by the young actor Brendan Meyer, the punctilious dramedy tells the story of how a teenage boy’s devotion to a woman he meets on a bus (Jemima Kirke) allows him to deal with the crumbling marriage of his parents, played by Molly Ringwald and Bryan d’Arcy James.

Filmed on location in New York, All These Small Moments takes advantage of the many surprises that hide behind the ordinary to reveal the wonders and shortcomings of its characters. Miller Costanzo’s film is full of laughs and kindness, but it also portrays how hard it is for family members to compromise and stay focused.

In January 2019, a few days before All These Small Moments released, Vague Visages spoke with Miller Costanzo about her feature directorial debut (now available on Amazon Prime). 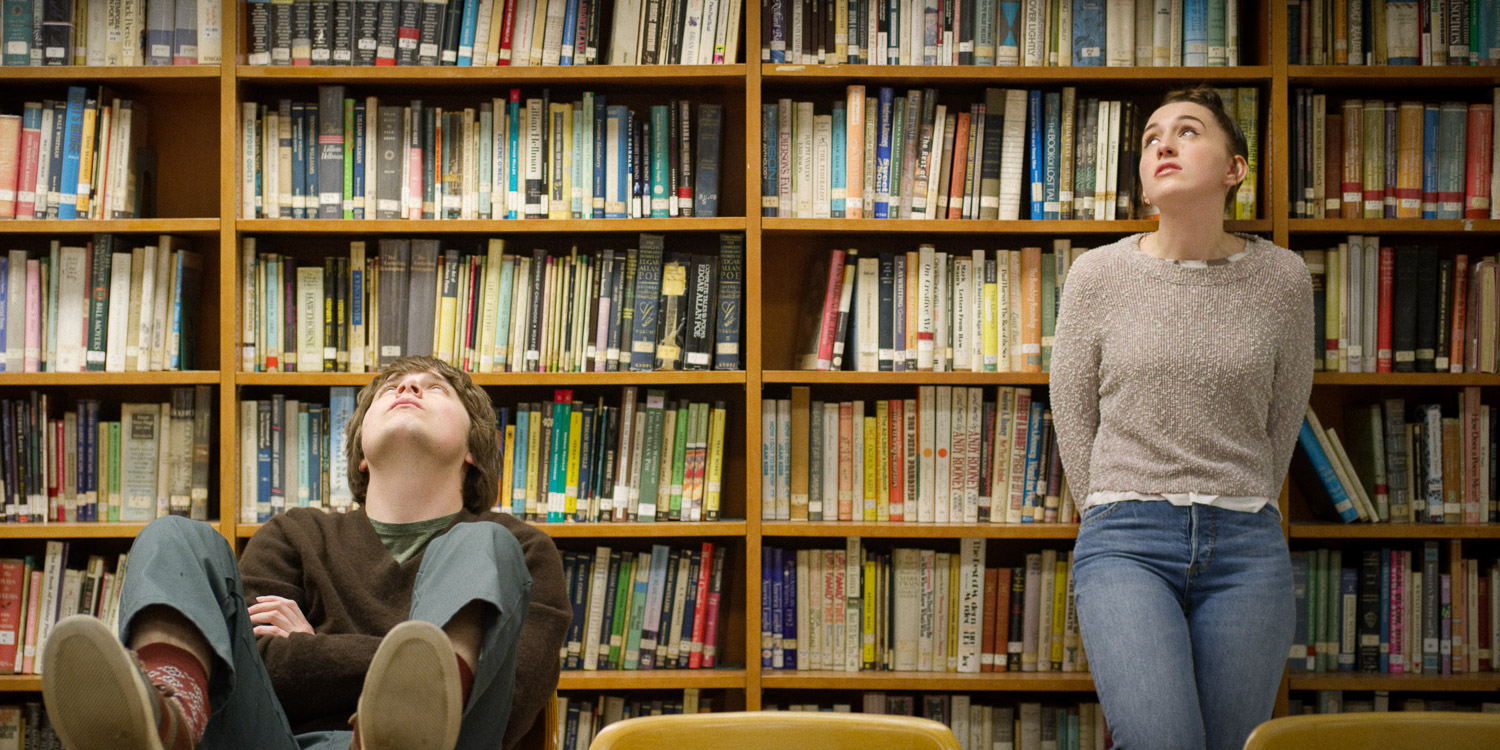 Pablo Staricco Cadenazzi: All These Small Moments marks your first step into feature filmmaking as a director. What surprised YOU about going through that venture?

Melissa Miller Costanzo: Because I have a lot of production experience, I did find I was a lot more comfortable on set than I thought I would be. However, working with the actors was a learning curve, as every actor needs something different from you. Some ask a lot of questions, some don’t. With adult actors, you can push them: the more takes [we] did, the more comfortable they got in the scene, and they were able to give a better performance as they kept going. With the kids, the more you pushed them, you kind of knew you had a point where it was gonna maybe unravel, so you had to know how far you can do it. That was something that was interesting, and also just working on a score and costumes were two things I didn’t realize how hard they really are.

PSC: You are not a stranger to the business, as you have worked in the art and production departments of many recognizable films. What made you take the leap from that role to this one of a writer/director for All These Small Moments?

MMC: I was always writing on the side when I was living my life. I think it’s just something in the lines of “When you get the opportunity to take that leap, you take it.” It takes a lot of years of trying to get one, and things kind of start getting together in a very strange way. For me, the leap came when it was available for me to getting the right people to help me. That’s the hardest part — finding the people that allow you to make the movie you wanna make.

PSC: What does it mean to shoot a feature film in the streets of New York nowadays?

MMC: I would say, in general, New York is a very film-friendly place. You can get a permit in a day. In that regard, making movies in New York tends not to be difficult. But when you are in the middle of a blizzard and your movie transforms from a spring movie to a winter movie, that’s when it becomes difficult. There were scenes on a bus where our location manager was like “The city is pulling the permits, it’s too dangerous to drive in the streets.” Because he was such an amazing location manager, he asked in a Lowe’s parking lot if they would let us drive around in circles to get those shots. It was incredible! But when we had test screenings, while we were editing, we were really worried because the movie had different weathers. We had sun, rain, blizzards and we were really worried about continuity. We found nobody even noticed, which means they were actually paying attention to the story. But if you were to actually dissect my film, there’s some continuity issues (laughs).

PSC: I imagine you probably didn’t shoot chronologically, but All These Small Moments feels that way due to the natural transfiguration that the Sheffield family goes through. Did you emphasize the work in their interrelationships during rehearsals?

MMC: We definitely didn’t shoot chronologically. A lot of filming is making good choices on casting and kind of sitting back and letting people do their thing and tweak as you go. We had discussions with the actors about their characters, and there were a couple scenes we had to work hard [on] for various reasons. Jemima Kirke and Brendan Meyer had some rehearsals, but that was really it. We only had three weeks of pre-production anyway.

PSC: How would you describe getting to direct Molly Ringwald?

MMC: I’m in my mid-forties, so I grew up with all her movies. Recently, I was at my son’s soccer game, and I was just saying to people that I’d gotten to know Molly well and we became friendly, but it’s still very strange to think “Oh, Molly Ringwald texted me.” You kind of never get over it. She works harder than anybody that I’ve ever met, and she has so many things and artistic outlets going on in her life…

PSC: Brendan Meyer, who plays the teenager Howie, is truly a stand out of the film. Why did you decide to focus the story on him and not on other members of the Sheffield family?

MMC: That character was always the anchor of the story. There’s a lot of personal stuff in the movie, but I also thought it would be interesting for me to switch it and write about how I thought about what he, a teenage boy, was going through. In terms of casting Brendan, we really saw a lot of people for his role. He put himself on tape because he lives in L.A. The character is tough because he has to be vulnerable but also has two women into him, and we needed the audience to believe that someone like Jemima Kirke would even glance at him, even if we later find out she has her own problems. I needed someone vulnerable but also confident. There’s that kind of duality and that personality that I needed to find, and Brendan was ultimately that person for me. 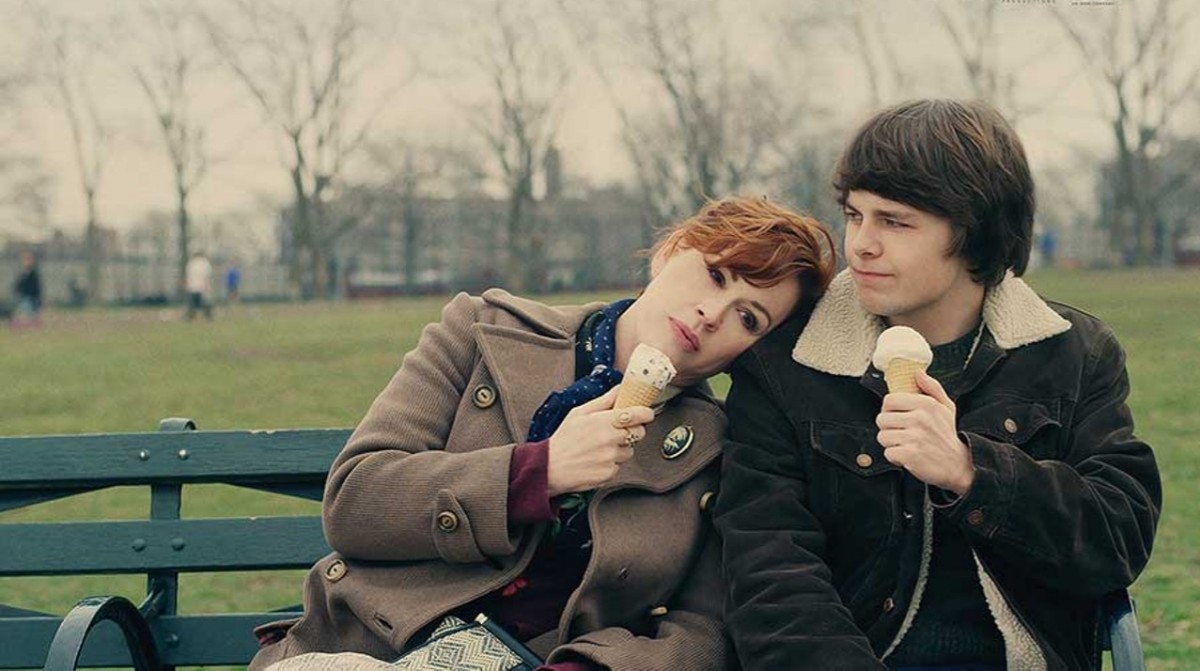 PSC: The script is not afraid of working around the routine as a narrative device. What attracted you to film these little moments of slices of life?

MMC: I worked on short film that’s about two kids, and they have a violin that they try to fix. It’s a 10-minute short, but in it, you see them running and going on their path to a violin shop three or four times. There’s something about that I really liked. Especially with this film, about this guy and the woman he sees on the bus, you have to show that repetition — build that connection and show the everydayness of it. If I didn’t do that, the relationship wouldn’t be able to build itself.

PSC: All These Small Moments premiered in the Tribeca Film Festival back in 2018. Was it significant for you to show it in New York first?

MMC: For this particular film, which is a New York story, it was absolutely the right place to have the premiere so I could invite friends and family. If it was at a festival in a different state or different country, I wouldn’t have been able to have all the people around me when it premiered, so it was a really wonderful experience.

PSC: How has the international festival circuit treated you?

MMC: I was in Italy and also in Germany, and I really found that the German and Italian audiences really got the film — and not only that, but [they] recognized the music that was on the soundtrack, which I thought was really interesting. It was wonderful bringing [it] to different countries. I had a great time travelling with the movie.

PSC: One of the most recent discussions in the film industry has been about the amount of opportunities that are given to women in comparison to men. How was your experience in that regard?

MMC: Most of the movies I have worked on had male directors, so hopefully that can change in time. Now it’s a good time, and I think women are getting more opportunities. Personally — me as a director — I never had an issue in that regard. As we move forward, I hope it’s not gonna be a real issue and there won’t even be questions about it, so we won’t have to do things like #FemaleFilmmakerFriday.

This interview has been edited and condensed.

Pablo Staricco Cadenazzi (@pstaricco) is a France-based Uruguayan journalist, film critic and member of FIPRESCI. He worked as a staff member for the newspapers El País and El Observador, and he is currently part of the the movie podcast Santas Listas (from @polentapodcast) and the comics publisher Pantano Editorial.