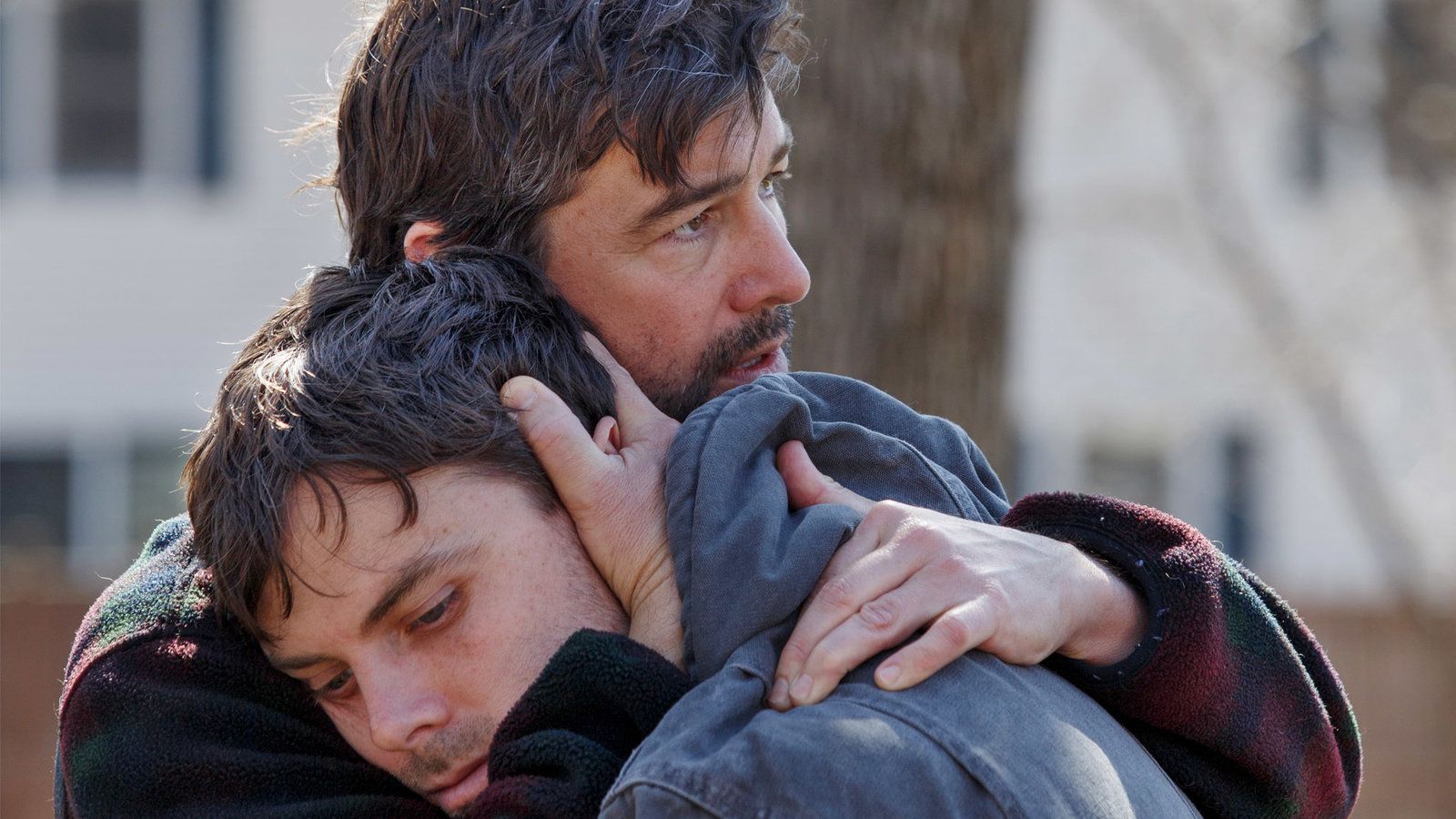 Grieving is the most unnatural natural process. Kenneth Lonergan’s Manchester by the Sea grabs this process with both hands and shoves it deeply into its Carhartt pockets. It speaks with the language of New England, whose dialect has split and migrated to the stoic Midwest and the fiery South. It’s a collection of dormant volatility, like a set of blue collar volcanoes, that would give anything to change.

Casey Affleck plays Lee, a handyman. He’s the guy you call when your apartment’s door is busted or your toilet’s clogged. He’s quiet, like most handymen are, sticking to the work. He lives in a one-room garden apartment, unfurnished and spartan. He confines himself to his work, his cell-like home and his own thoughts. At first, it’s presumably because of his geography (that’s just how they do it there), then it’s revealed to be part of a grieving process. Old wounds surface after Lee’s weak-hearted brother, Joe (Kyle Chandler, quiet and charming), finally succumbs to yet another heart attack. Lee travels up the Massachusetts coast to confront death and what comes after. 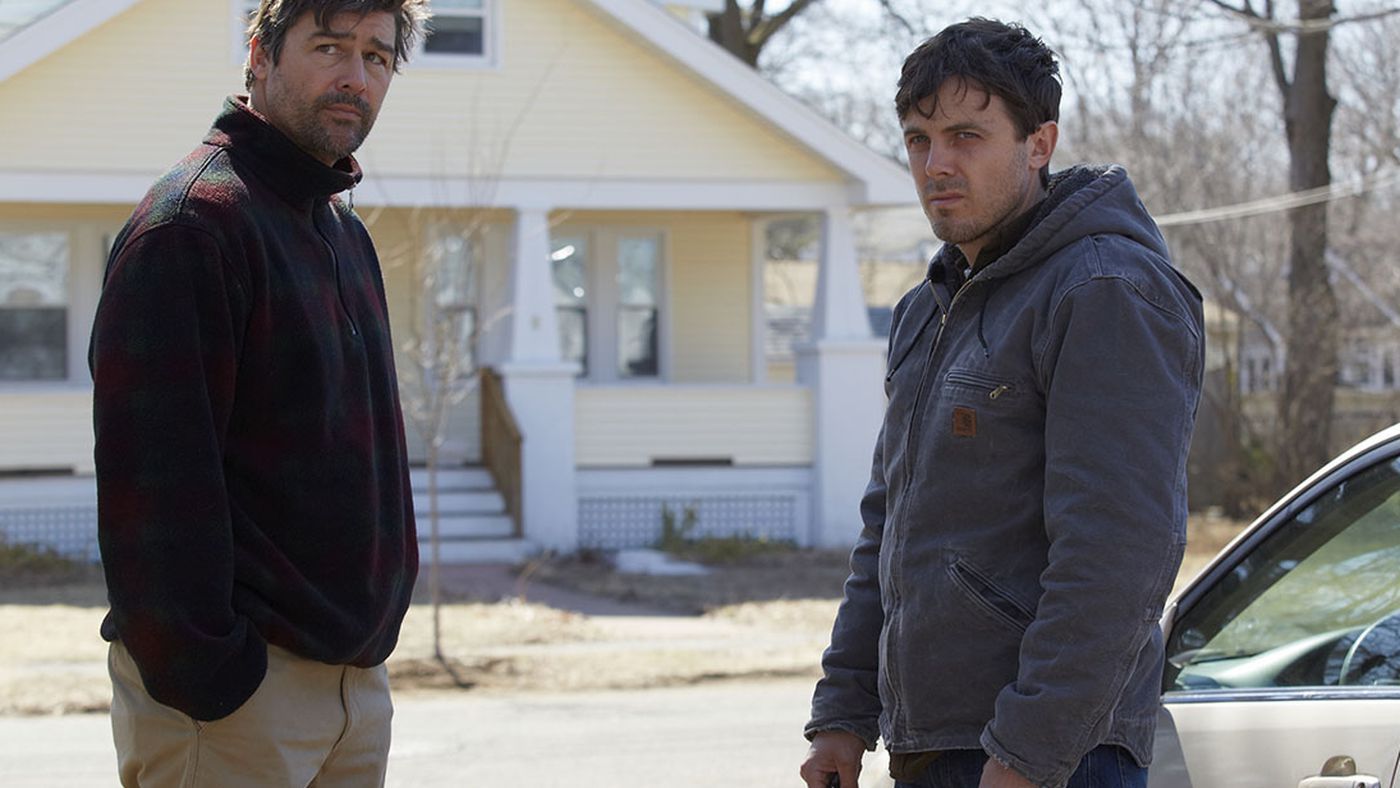 There, Lee finds his nephew, Patrick (an extraordinary breakthrough by Lucas Hedges), for whom he is now responsible. They travel through time together in memories — of boating lessons and hockey practices, of goodbyes and greetings — only to inevitably return to the painful present. Manchester by the Sea drags them back to the hard, bureaucratic realities of death at every turn. Despite all this, it’s not a depressing film. It’s funny and brash, part of the double-edged Bostonian ethic it embodies. Waves of humor and life crash against the cold rocks of its characters, each of which are so immediately defined that their very screen presence alters the mood of the shot.

As a blue and grey movie with dangerous flashes of color, flashbacks are beautiful and understated in a completely interwoven story from playwright Lonergan. The glaciers begin to crack as the drama unfolds in Manchester by the Sea. From the morgue to the funeral home to the reading of the will to the complexities of a winter burial, death becomes a trip to the DMV where even the ground beneath your feet is uncooperative. Lee and Patrick grieve constantly, reflecting the other’s past and future. Distractions of sex and work feel truly petty as they refuse to change their lives and become consumed by their routines. Patrick is a high school jock, has a band, has two girlfriends. He hides in the cover the provide from the real world for as long as he can. Lee has nothing, but Lonergan reveals what he once had. Lee’s shut-in evolves as he goes from surly mute to self-incarcerating mourner. 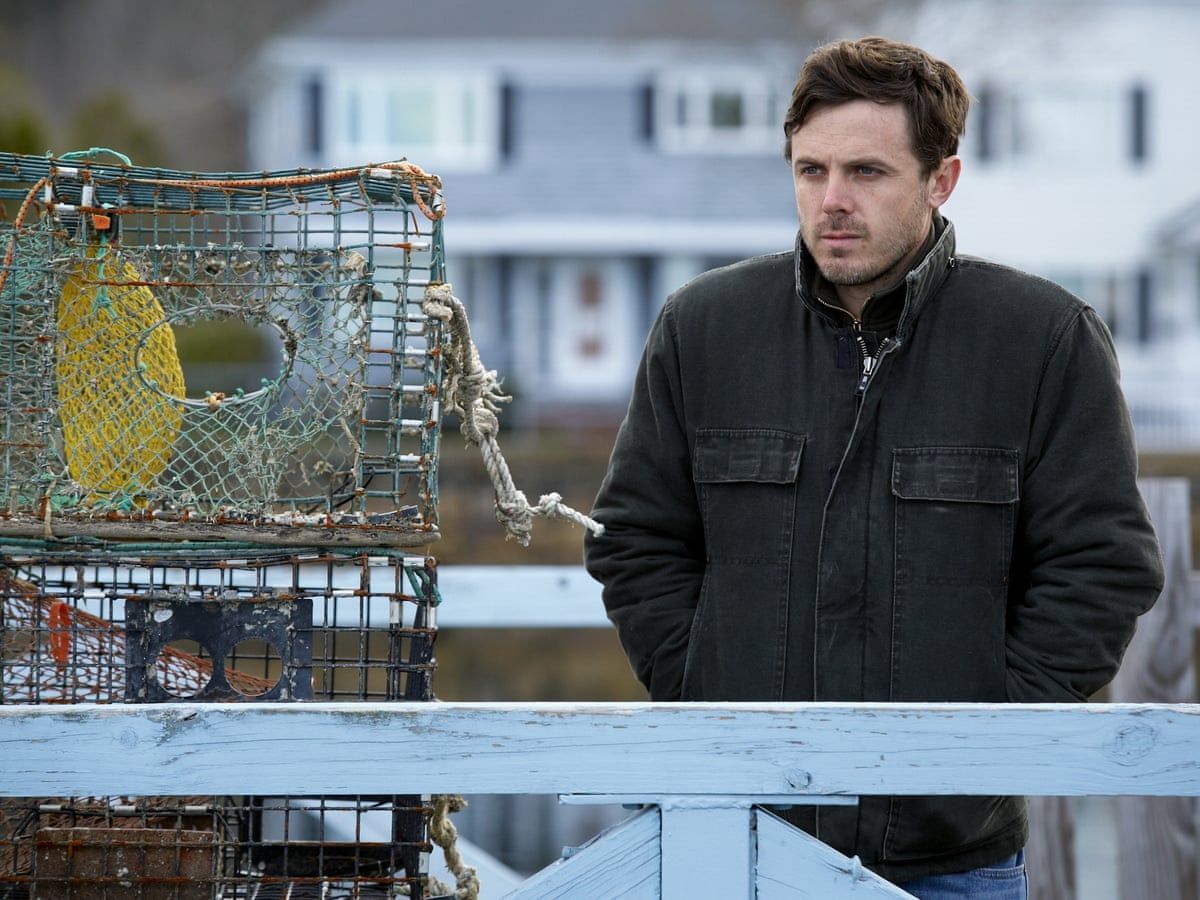 As Patrick fights off depression, it seems that Lee has already faced this challenge and failed. It’s a hardening of character that comes as naturally as death, though many of the side characters would fault Lee for it. They’ve managed to remain relatively social and chipper despite living in a world where cruel things happen. Lee is judged for his weakness, but completely relatable in his failure. He’s never set as the bad guy, as the loser, as the loner. He’s shown as a person’s final state, which is somehow even sadder.

Of course, Manchester by the Sea is mostly about men, as they’ve been socially conditioned to grieve in this way. The women, including a brief but stunning Michelle Williams, grow (at least superficially) because they know they are meant to. Divorced wives remarry, have new children. Alcoholics recover, find Jesus. There’s a feminine hope that fails to spring in the dour absolutes of the North Shore men. They’re the ones that get in bar fights just to feel and swill beer in front of televised sports to escape. It’s a specific portrait of America, but one familiar with just a few alterations. Homer Simpson in front of the TV represents an immediately recognizable pose, but when Lonergan gives it to Affleck, it becomes self-medication. When Patrick emulates the same thing, flopping in front of an NBA game in lieu of seeing his friends, hearts sink because he’s learning how to grieve from the same toxic faux-apathy. 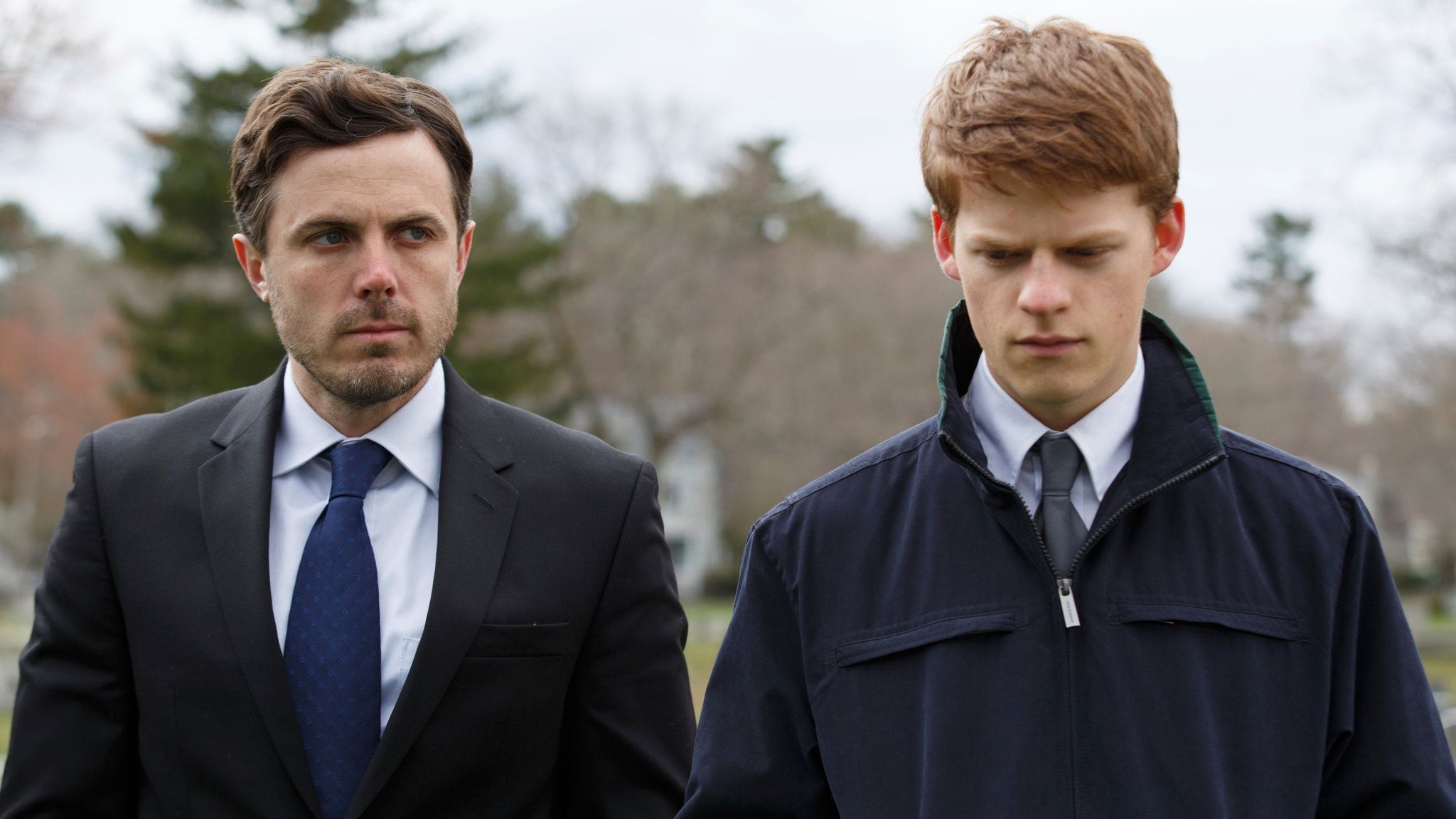 Manchester by the Sea will make your dad cry by showing him how he deals with emotions and the instructional framework through which he learned how to deal with emotions. It’s also sporadically hilarious, precisely adolescent and surprisingly hopeful. There are people that have figured out how to face loss, something everyone must eventually face, gracefully and openly. Allowing the next generation to feel, cry and be sensitive is not a loss of American identity. “Real men don’t cry” rhetoric and undiagnosed anxiety/depression only makes masculinity weaker and more defensive. Manchester by the Sea advocates for change in a movie where nobody can.

From AAA TV to Z-movies, Chicago-based critic Jacob Oller (@JacobOller) would like to bring the world together through entertainment, writing about it for publications like The Guardian, the Oklahoma Gazette, and his own blog. He’s a decent impressionist, semi-decent karaoke participant, and terrible dancer, although you’ll have to get a few drinks in him first.