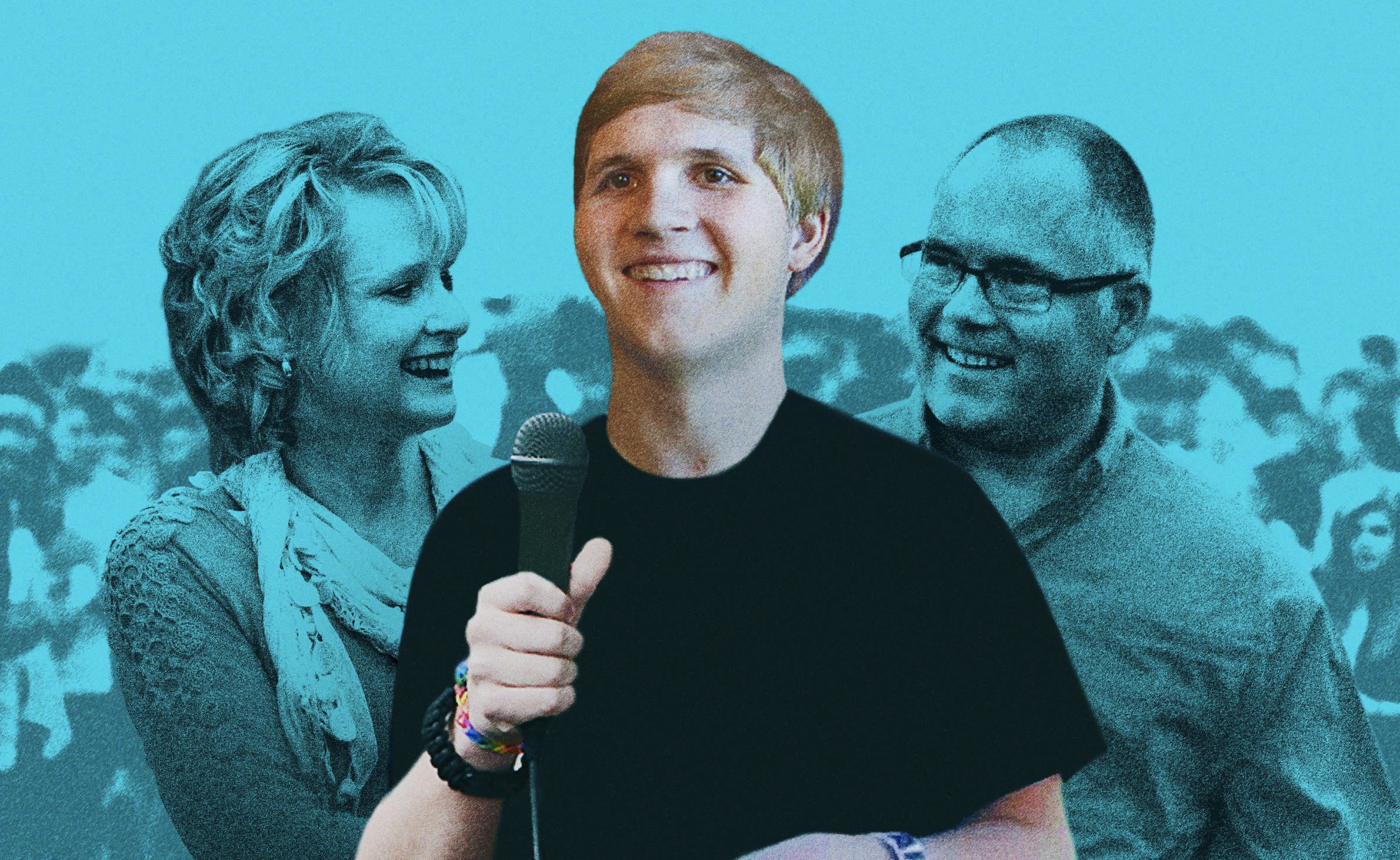 One of the troubling aspects of America’s sociopolitical climate is the need to compare trauma. How can YOU be unhappy when [person] or [group] has theoretically experienced MORE pain? In Jon Michael Simpson’s 2022 documentary Hi I’m Blake, trauma isn’t weaponized; it simply exists for an adolescent named Blake Hyland. After suffering a traumatic brain injury in February 2014 — the result of a gymnastics accident — the Texas teenager learned to look up and look forward while fighting for his life and independence. Hi I’m Blake documents the subject’s road to recovery as he pursues goals that once seemed impossible.

Hi I’m Blake steadily reinforces its central message about exceeding expectations. The subject’s parents, Pat and Cindy, don’t set boundaries for their son, but rather urge him to explore the possibilities, whether it’s stand-up comedy or a career as a motivational speaker. They theorize about “full restoration” but acknowledge that only Blake can determine what exactly that means. Aesthetically, Simpson and collaborator Lee Rothenflue keep viewers engaged via fluid, lively editing (split-screen images, home video clips), and repeatedly return to a disturbing car crash visual to underline the fact that Blake’s TBI (Traumatic Brain Injury) was the equivalent of a full-on vehicle collision at 60 miles per hour. It’s a jarring storytelling technique, albeit one that forces the audience to reckon with unfortunate facts about the teenager’s recovery process. Before Blake realized that he could return to school as a stronger individual, he pointed a toy pistol to his head; a moment that his father recalls with devastating poignancy. 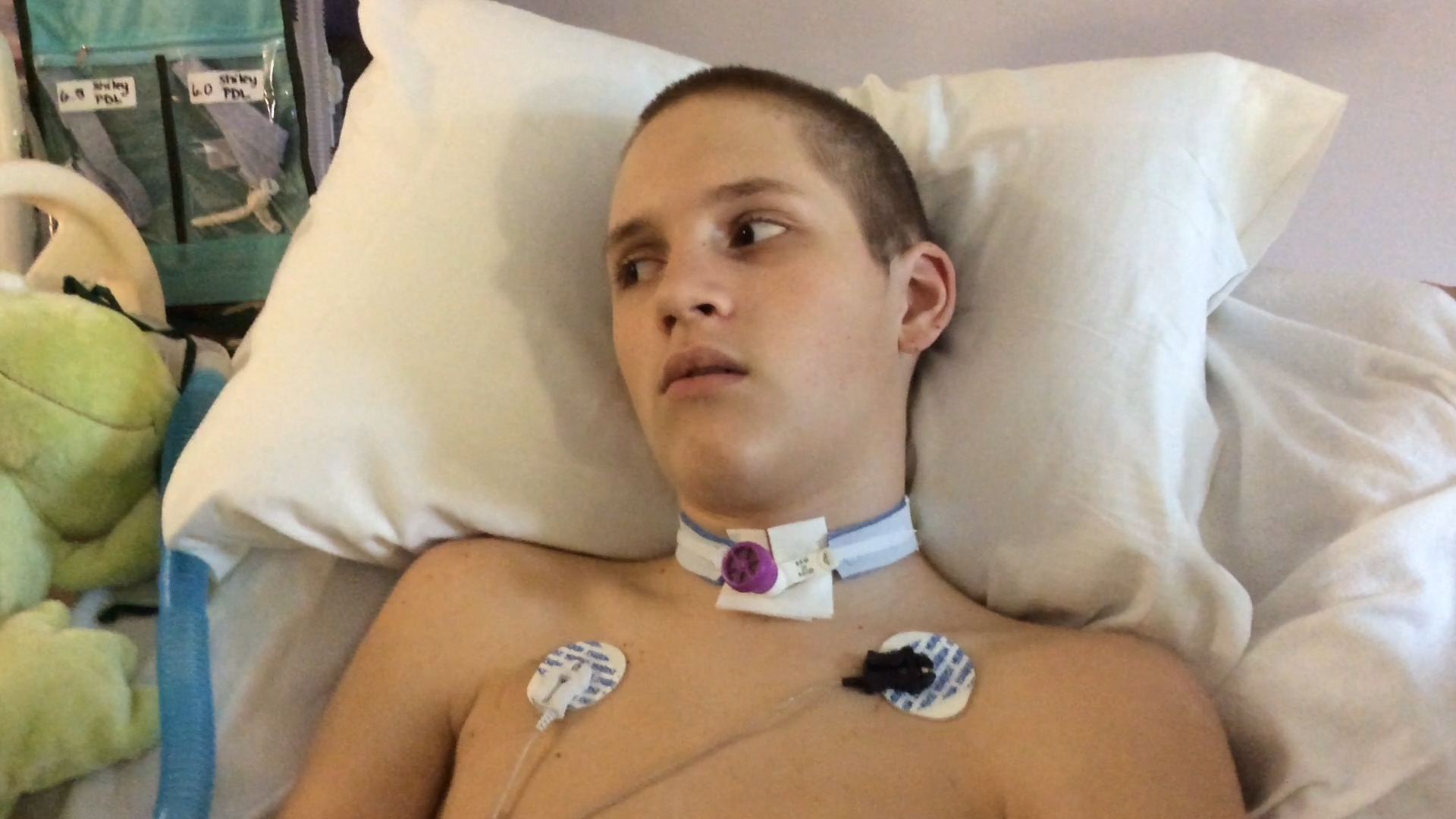 The aforementioned Pat Hyland provides the most visceral commentaries in Hi I’m Blake. He remains optimistic as the months and years pass, all the while going through a journey of his own. In these sections, Simpson delivers a metacommentary about the human condition — about surviving when logic implies that one should just accept their fate. Pat worries about his mortality, and what might happen if his son no longer has his parents to rely on for financial and emotional support. A first-act segment links health care schedules to marital problems, suggesting that Pat and Cindy might organically drift apart due to exhaustion. And Simpson often keeps Blake in the frame during difficult conversations; the subject is always present and aware about what’s transpiring. And, crucially, Blake’s parents listen closely to his opinions. Pat and Cindy factor in their son’s feedback while determining the best course of action moving forward, and one can see the life slowly return to Blake’s eyes — that’s the depression fading away, if only temporarily, because he can once again envision a brighter future. Hi I’m Blake has a profound, encouraging lifeforce, especially when Jeff McQuitty and Hanan Townshend’s hard-hitting crescendos complement the subject’s perseverance. 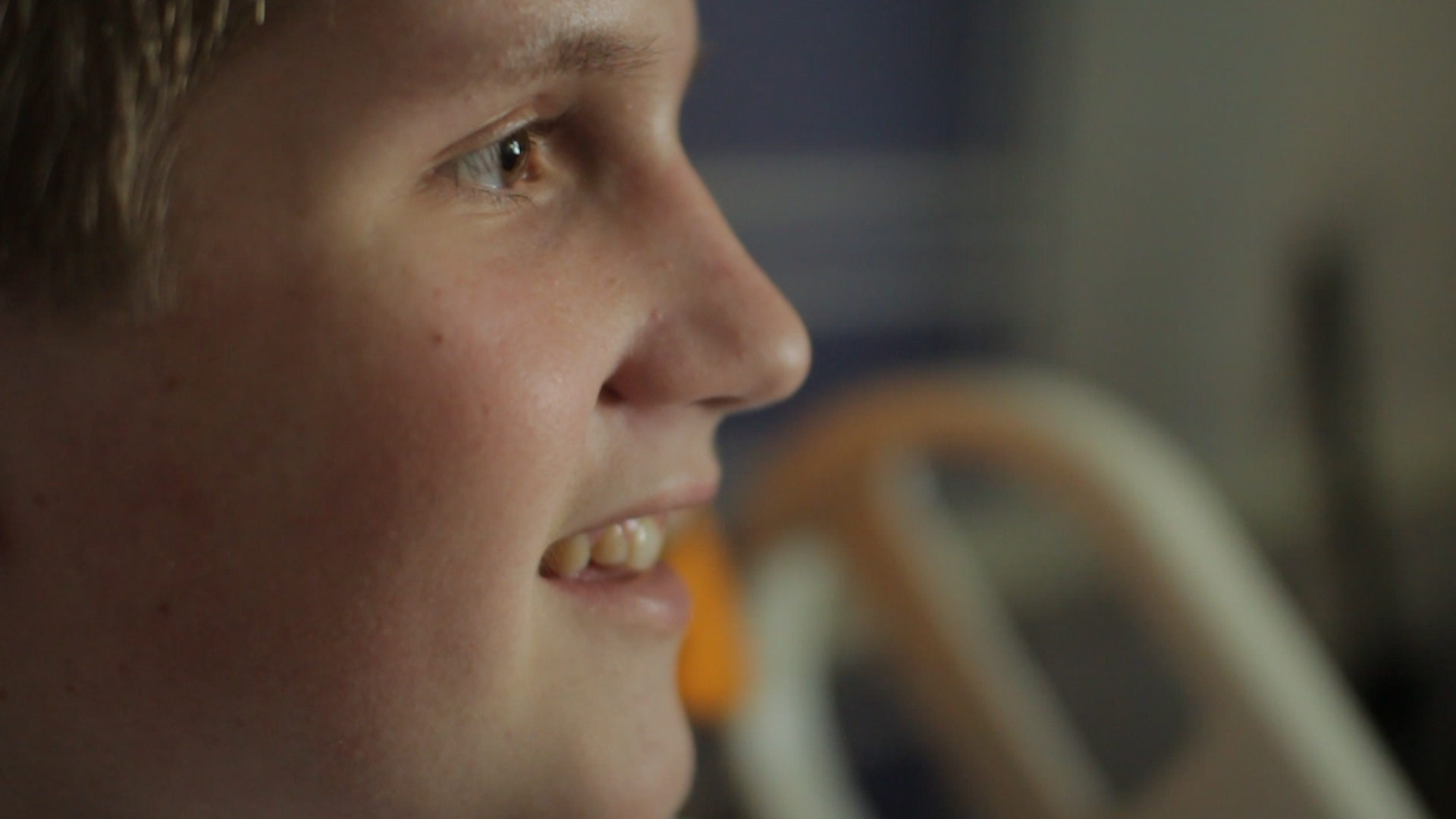 Hi I’m Blake could be considered a documentary-comedy due to the subject’s sense of humor. As a viewer, I see my 16-year-old nephew and am reminded of just how perceptive kids can be when assessing the behavior of adults; how they can lighten the mood just by communicating a simple observation. Those little things in life matter — those moments when one feels seen and heard. As Blake regains his confidence and speaking abilities, his comedic timing grows stronger and stronger. As a survivor, Blake knows that he can positively influence others through his voice alone. And what would the world be if everyone just accepted a life path that others decided for them? What would happen if social outliers didn’t pick up the proverbial torch and forge new paths? As Pat Hyland says in Hi I’m Blake, “I don’t want to paint that picture.”