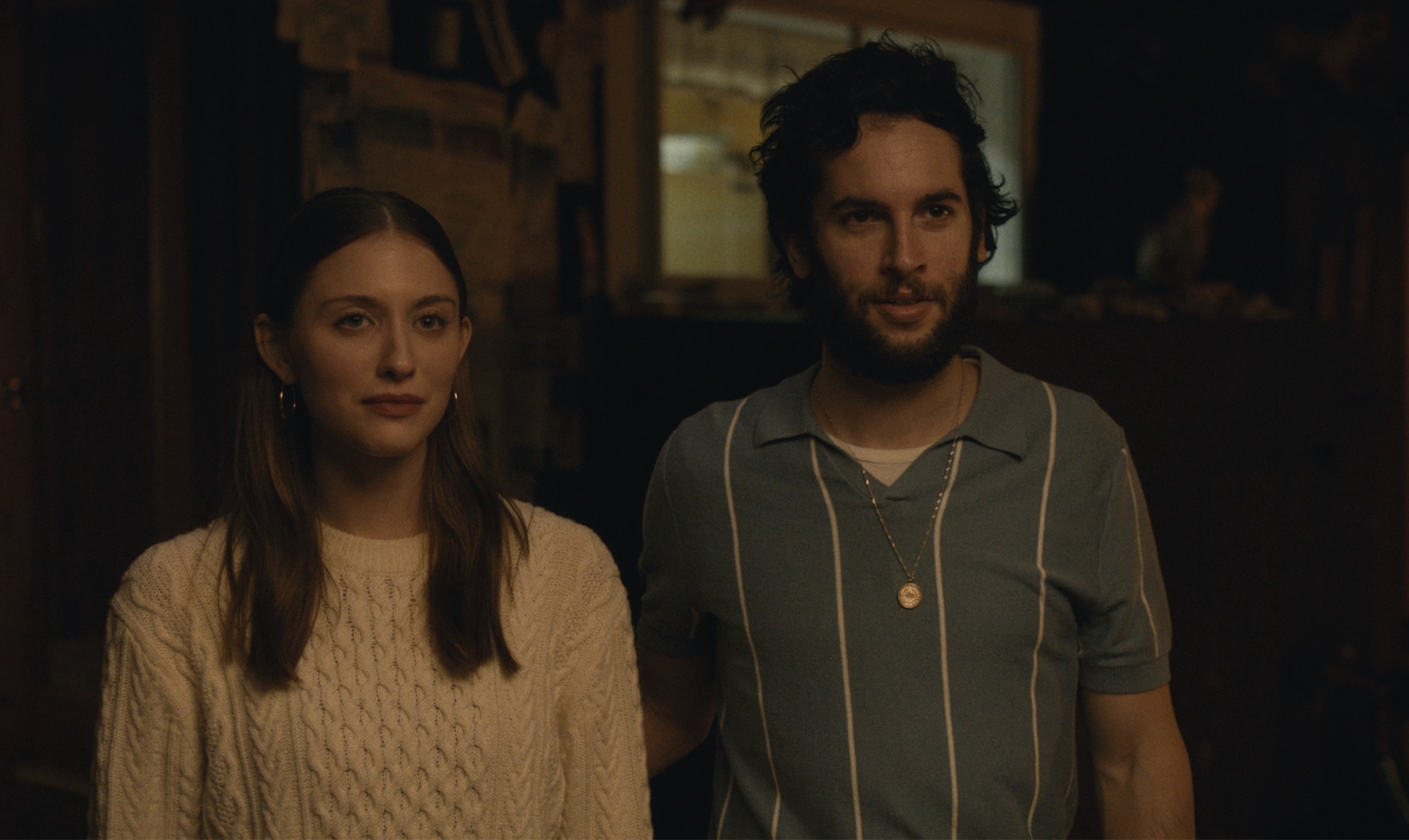 Scott Friend seems like a guy who takes a great picture. His 2021 feature debut, To the Moon, has all the directorial hallmarks of someone who is well-versed in film theory and visual design. Friend seems like someone who knows when (and how) to crop an Instagram photo (a skill that many of today’s film critics surprisingly struggle with). As a writer, his To the Moon script is rhythmic and tight, full of low-key comedic elements and subtle foreshadowing. And as it turns out, Friend is a talented actor, evidenced by his nuanced depiction of a drug addict struggling to separate fantasies from reality. To the Moon is both heartbreaking and hilarious. It’s a ride-or-die tale about true unconditional love.

The entirety of To the Moon takes place at a cabin in the woods. Dennis Lotz (Friend), a successful actor, tries to stay clean after being canned from a TV show. He receives emotional support from his loving wife, Mia (Madeleine Morgenweck), a traumatized figure skater who carries a Moonstone crystal after suffering a miscarriage. Within the first three minutes, Friend and cinematographer Dan Debrey deliver a series of hypnotic, prepossessing shots. Nature visuals contrast with chiaroscuro-style interior images; the protagonists’ clothing suggest that To the Moon might’ve been partially inspired by New Hollywood crime flicks. And then Friend introduces his wildcard: Dennis’ estranged and New Age-y brother, Roger Lotz (Will Brill), who shows up outside and seeks enlightenment through improvised, Aramaic-inspired chants. The character is a cinematic descendant of Good Will Hunting’s Morgan O’Mally (Casey Affleck) and Rounders’ Lester “Worm” Murphy (Edward Norton) — he’s harmless on the surface but has clearly been through some shit. To the Moon examines Roger’s motivations as he charms Mia and annoys Dennis. 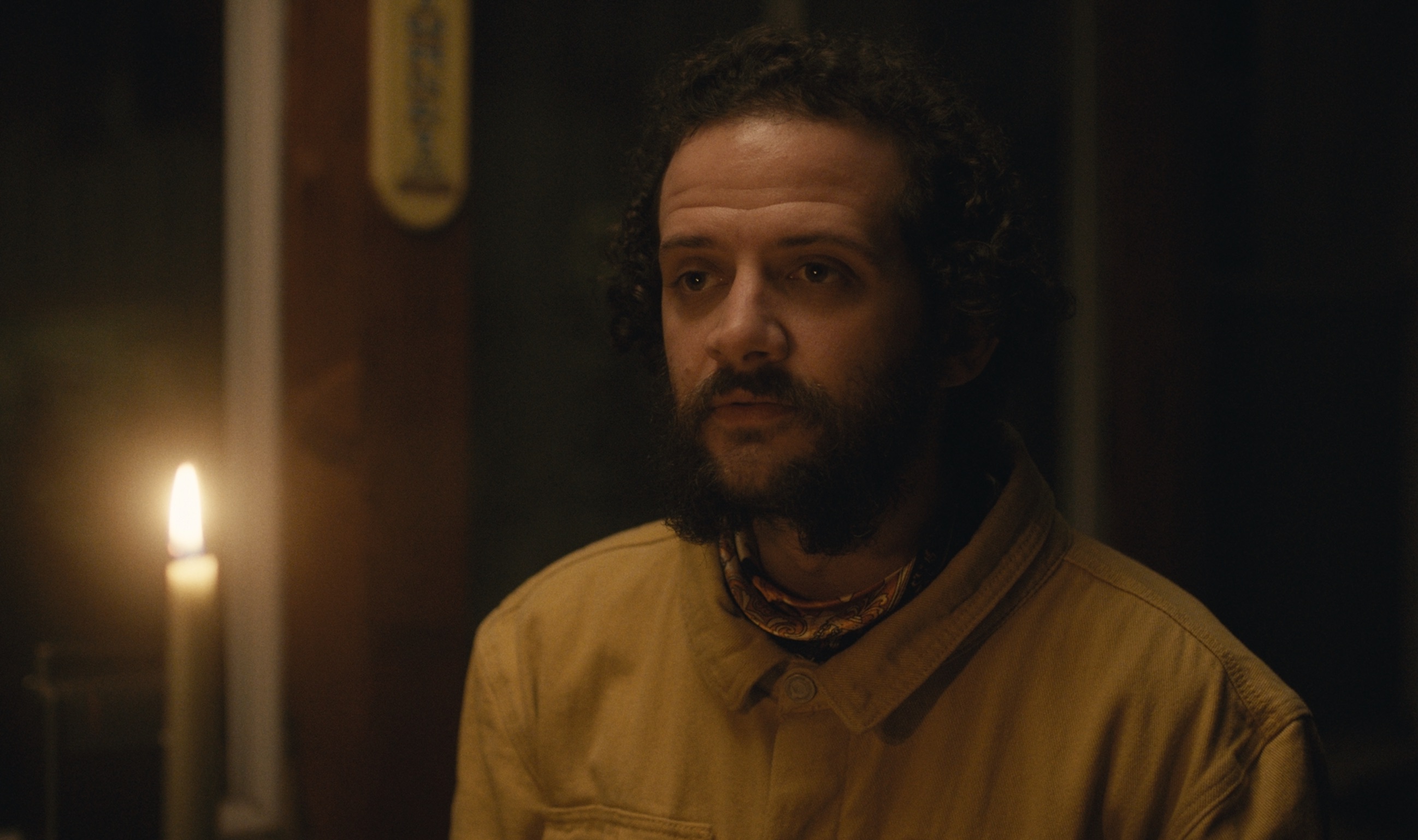 To the Moon creates high suspense with its unique love triangle. One can empathize with Dennis’ struggles but not necessarily vibe with his standoffish demeanor. Similarly, Roger comes across as a sympathetic figure (the character is rather insightful with his observations), but he’s often hypocritical while communicating with his sibling. Mia loves both men in different ways — she’s willing to kill for Dennis and seems to view her brother-in-law as a spiritual vessel to enlightenment. As a storyteller, Friend incorporates an ideal amount of subtextual information — one can identify a logical destination early on, and yet it’s not entirely clear which character will de-rail first. There’s a fever dream element in To the Moon, due to Jason Martin Castillo’s unnerving sound design that gives extra meaning to telling character lines. For example, Mia’s desperation to have a child — along with her need to keep Dennis alive and to understand Roger’s motivations — prompts her to say things like “I’d try anything at this point” and “he’s not a stranger, he’s your brother.” To the Moon’s overall mood aligns with modern thrillers such as Karyn Kusama’s The Invitation (2015) and Panos Cosmatos’ Mandy (2018). It’s a romantic yet spooky film with a strong message about recovery and accountability.

To the Moon Review: Related — Know the Cast & Characters: ‘Off Track’ 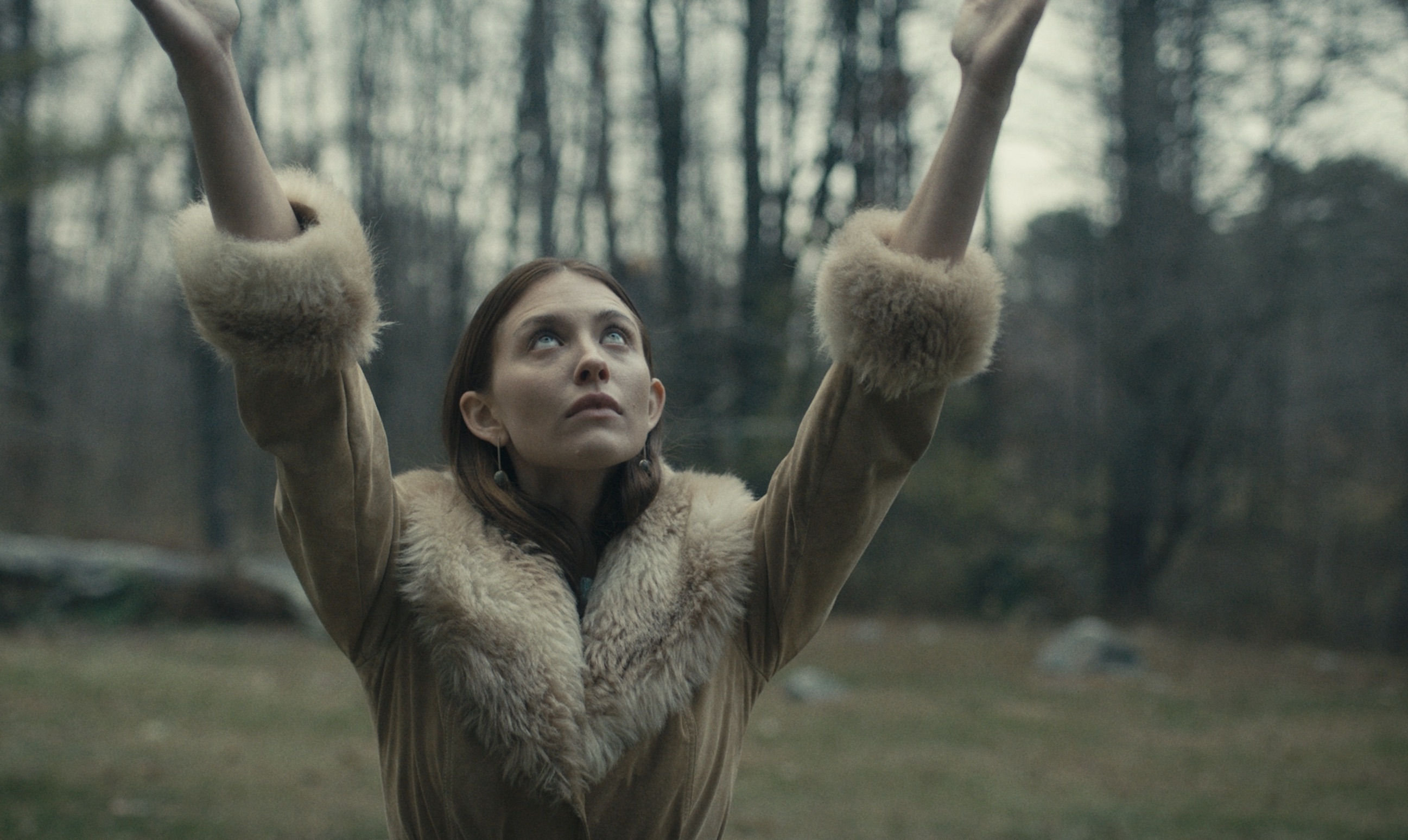 To the Moon is the rare low-budget indie that delivers the goods across the board. Aside from being an outstanding filmmaker, Friend also has leading man looks and A-list potential. He could theoretically land roles that would typically go to Christopher Abbott (It Comes at Night) or Kit Harington (Game of Thrones). Likewise, Morgenweck has an extraordinary screen presence that will likely remind viewers of Amanda Seyfried (Mank) or Alison Brie (GLOW); she is especially effective when communicating a sense of despair, most notably when Dennis’ mental health declines. And in a superb casting choice, Brill brings all of the central themes together with his genre experience (see The OA and The Marvelous Mrs. Maisel). The genius of To the Moon is that it can feel like a standard relationship drama, a sci-fi thriller or a psychological horror movie, depending on which character one identifies with the most. If you like peach moonstone crystals — and I know a few people who do — then Friend’s first-rate film is for you.

To the Moon released digitally in September 2022.

To the Moon Review: Related — Soundtracks of Cinema: ‘Where the Crawdads Sing’

Tagged as: Drama, Q.V. Hough, Scott Friend, To the Moon