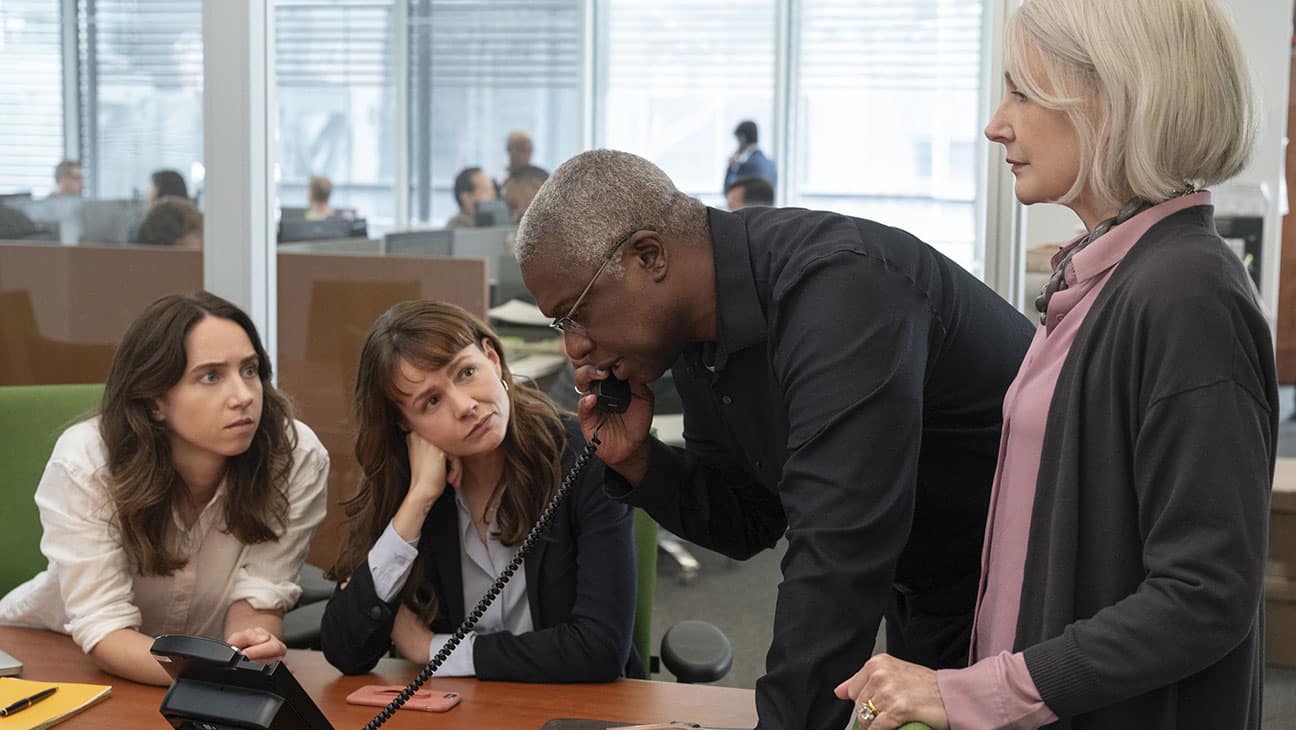 Shockwaves from the seismic 2016 U.S. presidential election ripple through the first half of She Said,  Maria Schrader’s exacting account of The New York Times’ expose of film producer Harvey Weinstein. Before Megan Twohey (Carey Mulligan) agrees to work on the story, she expresses genuine concern — an uncertainty rooted in her earlier reporting on Donald Trump. “I worry about whether it makes a difference?” This admission is a momentary break from the relentless onslaught of research montages and testing interviews that crowd journalism films. The question also provides an intriguing existential lens to observe this historical moment. What has changed since 2016? What does institutional transformation look and feel like? Can a film effectively hold its own industry to account?

Unfortunately, She Said is only interested in the question as a momentary plot mechanism, a mental obstruction for the protagonist to overcome before enacting justice. Mulligan lets her question hang in the air, shrouded in a moment of silence, delivered with a striking certainty. Zoe Kazan, who stars opposite Mulligan as Jodi Kantor (the reporter to first pursue the Weinstein story), is similarly effective throughout the film, letting her shoulders roll forward to convey someone inviting and warm in her determination. The two female leads make for great scene partners whose characters are tasked with unpeeling each devastating layer of the various testimonies while trying to minimize their own emotional fallout in the process. 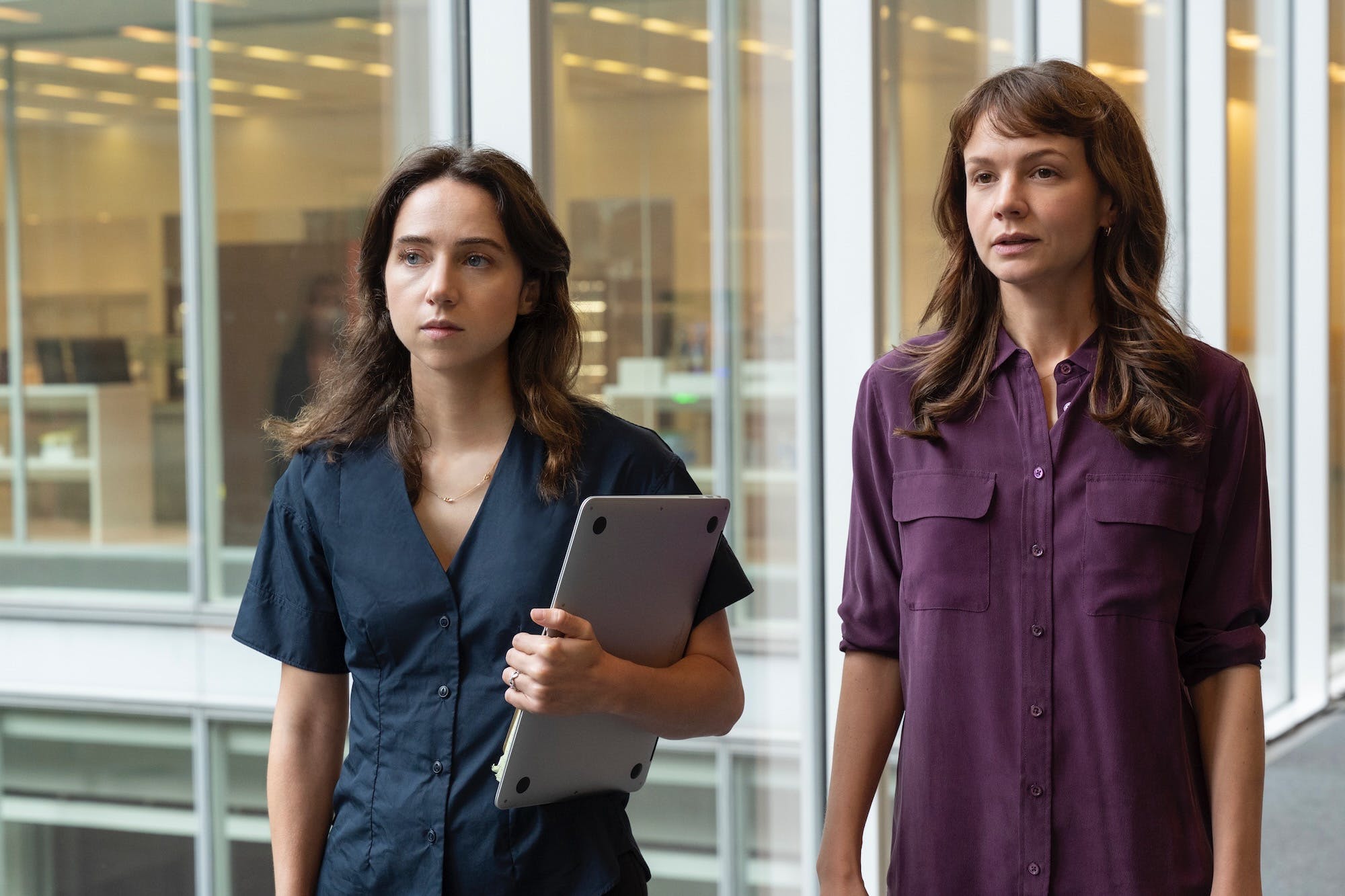 Schrader shoots her film competently, perhaps relying too heavily on the antiseptic lighting of The New York Times’ newsroom, but the verve and playfulness of her work in 2021’s I’m Your Man is shelved to serve She Said’s rapid pace. However, there is a quiet effectiveness in some of the director’s simpler techniques. In the first confrontation between Weinstein’s lawyer (a charming, if slippery, Peter Friedman,) and the three journalists on the story (Patricia Clarkson convincingly commands the small team as Rebecca Corbett,) the camera quickly cuts from the attorney snidely explaining his position to the three women, who are astutely listening and absorbing his tone. It’s a throwaway moment but one that captures the unspoken ways women are often welded together in their ability to intuitively understand men without expecting any reciprocation.

Considering journalism is mostly a monotonous grind that largely consists of convincing people to talk to you, it’s interesting that it continues to be a source of curiosity for Hollywood. The success of this genre can only be measured on a case-by-case basis, but generally the worst of these films chooses to portray the perpetual struggle of journalism as urgent breakthroughs. She Said is good at avoiding this, highlighting the deep well of care necessary to pursue a story for any extended period and drawing out the small, careful ways these women relied on each other out of necessity. Initially casting tentative smiles at one another across a newsroom, Twohey and Kantor finish the film instinctively holding the phone between their ears. 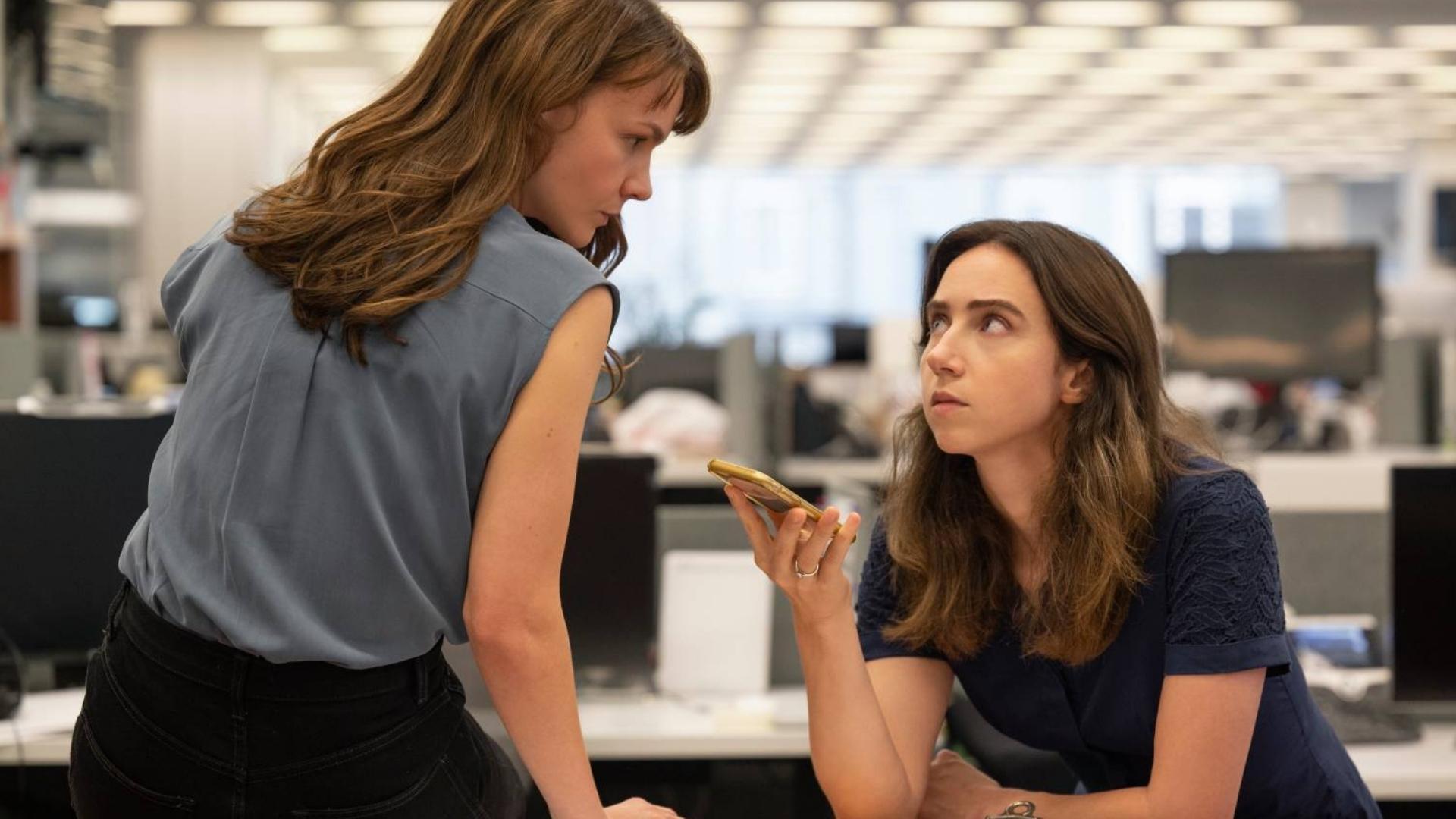 She Said smartly reserves any flashbacks for the victims, cleverly contextualizing these women’s lives and viscerally charting the immediate wreckage from their time at Miramax. These choices heighten the dramatic tension, propelling the plot towards the cathartic publishing of the piece. Yet the film fails to clarify who exactly this catharsis is for. It is impossible to view She Said outside of its historical context, as the hope of the “Me Too” movement has curdled into something more sinister. Hollywood still celebrates abusers, and victims of sexual abuse are, once again, punished and discarded. By the end of the film, as Brad Pitt’s name rolls on the screen, it is hard to partake in the self-congratulatory tone of She Said’s conclusion.

Anna McKibbin (@annarosemary) is a freelance film critic. She received a journalism MA from City University and specializes in pop culture. Anna has written for London Film School, Film Cred and We Love Cinema.