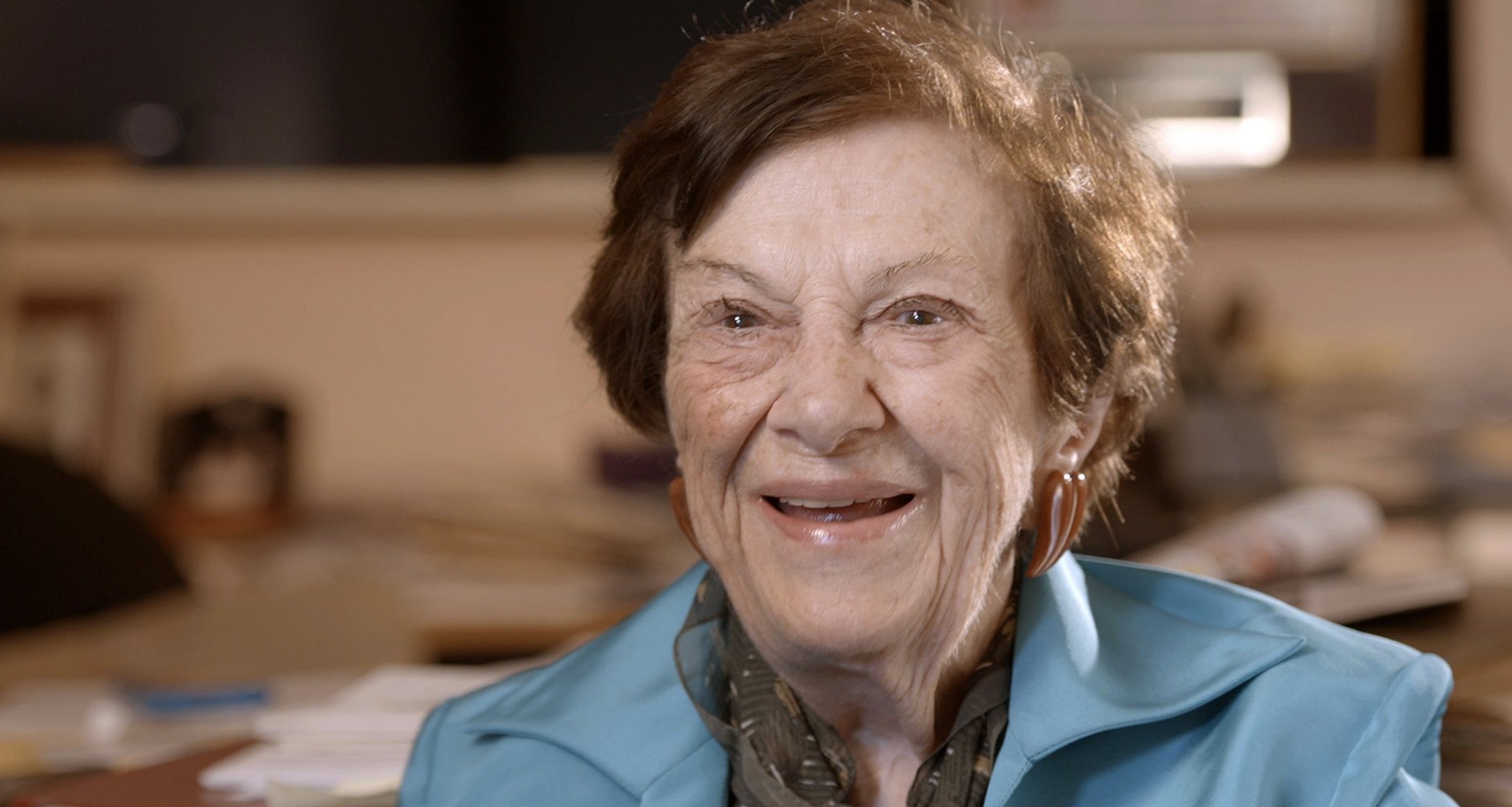 Christian D. Bruun’s Calendar Girl tells the story of Ruth Finley, the remarkable woman who founded and ran — well into her 90s — Fashion Calendar, a publication described by many in the documentary as the backbone of the New York City fashion industry as it grew from Milan and Paris in the mid-20th century. Finley, as a young woman interested in fashion during the 1940s, discovered a unique niche for a burgeoning industry that needed a singular authoritative source that presented a schedule of all NYC fashion events. Thus, Fashion Calendar was born, with Finley taking the helm to manually schedule and deconflict show timings for big-name designers and young aspiring designers fresh out of college. She personally took calls to put them on the calendar, which was printed, copied (or mimeographed, before the popularization of the commercial copy machine) and mailed to everybody who was anybody in the industry every two weeks. However, despite the significance of Fashion Calendar, Calendar Girl is charming but meandering, a film torn between being a historical documentary and a character study that never ends up successfully being either — and disappointingly so, given the rich body of personal and historical content embedded into the source material.

It’s clear that many huge names in fashion (Ralph Lauren, Oscar de la Renta and Caroline Herrera, among many others) knew Finley well, many even considering her a close friend, yet much of Calendar Girl’s first half lingers in talking heads that repeatedly emphasize the impact of the magazine’s orderliness and functionality. Unfortunately, Calendar Girl doesn’t do its subject justice — Finley’s impact is clear, but the film remains a surface-level investigation of her life and direction of Fashion Calendar. Harold Koda, a former curator in charge for The Costume Institute at the Metropolitan Museum of Art, says near the end of the documentary that “The history of American fashion is going to be most legible when you look at these calendars.” While Koda delivers some of the most meaningful quotes about Finley in Calendar Girl, his note captures the central struggle that plagues the narrative. So much of the film is focused on the calendar’s importance that it seems to lose sight of Finley entirely, only briefly touching on the beginnings of Fashion Calendar and the subject’s formative years working full time while raising three children as a single mother in mid-century America. The most deeply personal elements of Calendar Girl — loving moments between Finley and her partner, Joseph “Joe” Siegel, and passing compliments from the fashion “old guard” who break into smiles upon spotting the petite Finley at a show — become lost in the world of Fashion Calendar.

Read More at VV — Soundtracks of Television: ‘Emily in Paris’ 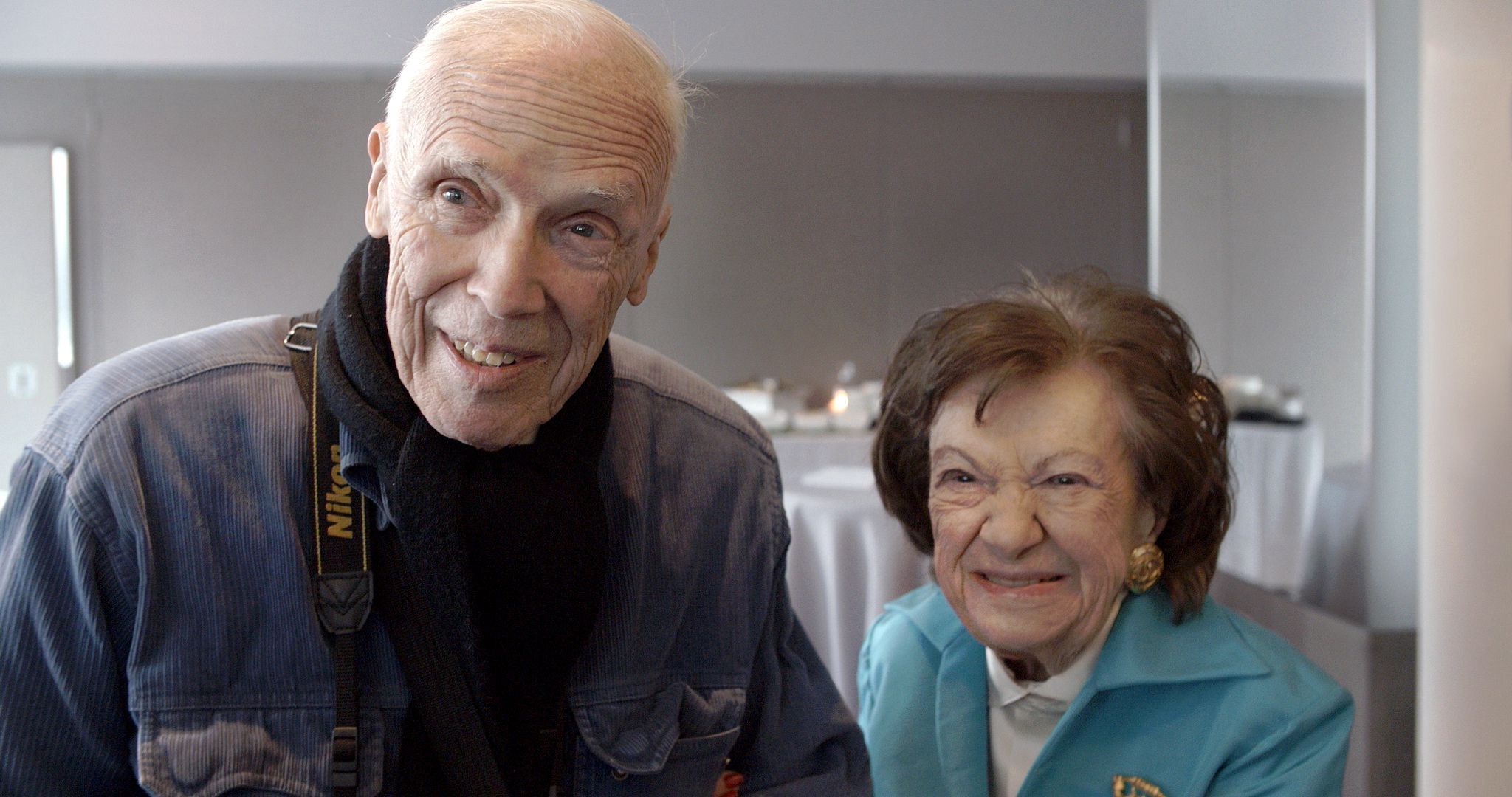 For a documentary with relatively little of a linear narrative, Bruun also bizarrely sets up an antagonist at the beginning of Calendar Girl who ultimately seems to end up winning: Steven Kolb, the current CEO of the Council of Fashion Designers of America (CFDA), a trade organization for designers. From the start of the film, Kolb mentions in passing that he sees Finley’s calendar as outdated — and as something that could effectively be done by anybody, tingeing Calendar Girl with a sense of cynicism right from the outset. Near the end, he gently but firmly tells Finley that he wants Fashion Calendar to be more selective, now that there are hundreds of designers who want to get on the list. Kolb’s pragmatic attitude toward the calendar, along with his emphasis on bringing it into the digital age, presents itself as almost an antithesis to the subject’s overall philosophy — that you could be anybody to get on the Fashion Calendar — by removing her signature touch that allowed now-famous designers equal opportunity to flourish and grow in their amateur days.

As such, what could have become the film’s core conflict — Finley’s reluctant sale of Fashion Calendar to the CFDA — becomes nothing but a throwaway moment in the subject’s career. Despite selling her entire life’s work to the CFDA and shaking up her world, Calendar Girl regards this as nothing but a small shift, simply showing shots of people packing up the years of Fashion Calendar issues and Finley closing her intimate personal office. With testimony from fashion industry professionals and fashion historians alike, Bruun’s documentary becomes a battle between highlighting the physical and the personal. For designers and publicists, the physical calendars are just a utilitarian device — but for historians and archivists, they’re invaluable. And what’s personal about Finley’s business is her priceless network and personal knowledge of the fashion industry, but this intangible knowledge is only most thoroughly acknowledged by an older generation of fashion folks. Even those nearer who didn’t grow up in an era of ubiquitous computing, including Kolb, remain skeptical of the calendar’s utility in today’s digital age. 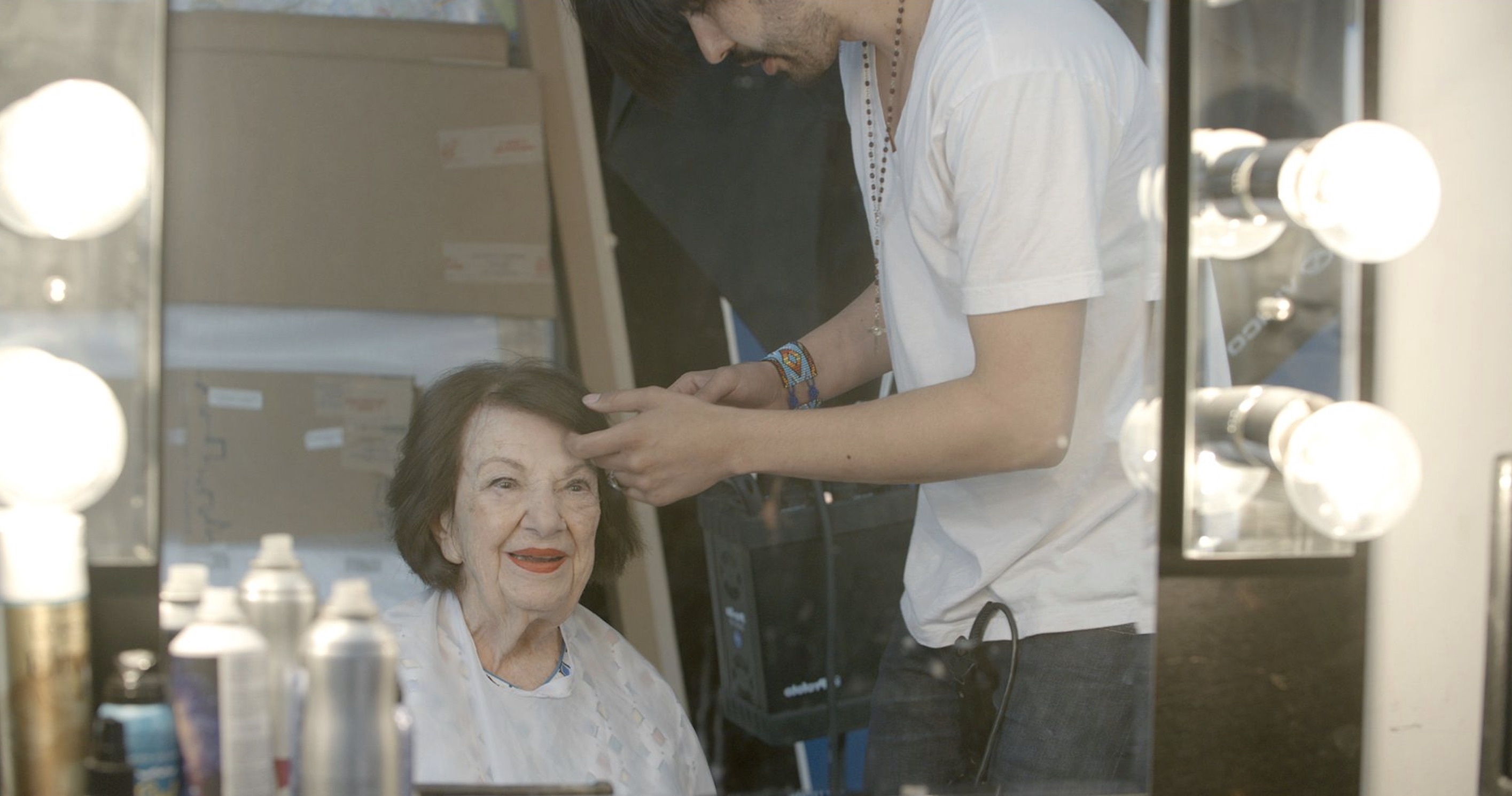 With the final print issue of Fashion Calendar released in December 2014, Kolb seems to have won, but others see the calendar as losing its personal touch, for the worse. The listing was more than simply the physical — it was also Finley’s immense network of New York fashion connections and her approximately 70 years of experience and her know-how of navigating the industry. With no central repository of events, Finley’s days were filled with her acting as a mediator to deconflict showtimes, ensuring that designers had the full opportunity to present their work to a wide audience. But with hundreds of NYC fashion shows today, Finley’s calendar handiwork is less valued, her care in navigating the complicated schedule of front-page designers with up-and-coming artists no longer a priority for the CFDA.

Finley passed away in August 2018 at age 98, a few years after the sale of Fashion Calendar, an act urged by her children so as to not lose the calendar entirely. While the CFDA version remains pink in honor of the calendar printed on pink paper, Finley’s work now lies in digital form as a subset of the CFDA’s content, accessible online in a much more plainly commercial format. Calendar Girl successfully highlights Finley’s work as transformational for the fashion industry of years past — but at the same time, it presents conflicting perspectives on her impact in surprisingly large quantities, leaving viewers somewhat directionless when assessing the subject’s legacy.

Calendar Girl is available to rent on iTunes.

Olivia Popp (@itsoliviapopp) is a film, television and culture writer with a particular interest in stories about suburbia, queer socialization, Asian America and speculative worlds.