Angela Schanelec’s Films and Me 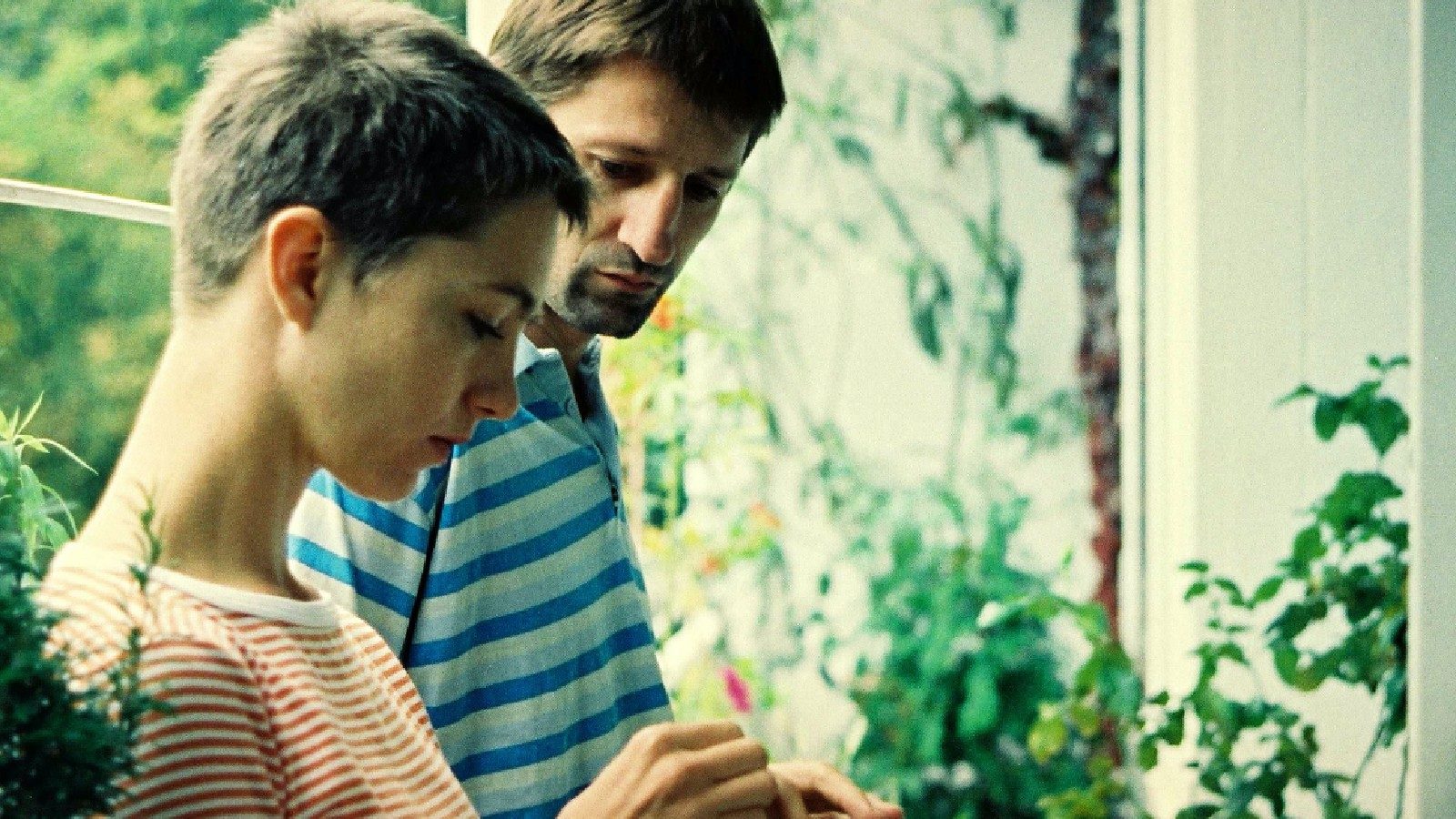 At the end of June 2020, I watched Angela Schanelec’s Passing Summer, alone in bed, at the end of a workday. It was, I thought, an ordinary day. I didn’t plan on watching the 2001 film, but as work drew to a close and the heat doubled down, I found myself unmoving in bed, scrolling through Mubi and looking for a new title to watch. It was the first Schanelec film that I’d ever seen, with no prior knowledge whatsoever of her work.

In Passing Summer, Angela Schanelec tells the story of a woman faced with multiple emotional crises as she meets and spends time with friends, family and lovers. Valerie, the protagonist portrayed by Ursina Lardi, is an author in her early thirties and has just moved to Berlin, getting pleasurably lost in her own emotions along the way. Scenes spin off scenes until the whole film is less a straightforward narrative than an accumulation of experiences. Laced with a smattering of self-references, Passing Summer is a way of Schanelec letting her audience know that she is aware of how the film will make them feel. Her style, though highly singular, can swing both ways — it can work for or against her. With static shots and off-kilter framing, Passing Summer shows its characters in a lived-in light through a shifting lens of displacement.

Since I had been on a kind of a wistful mood all morning, Passing Summer hit the right spot. By the end, I wanted more. The way Angela Schanelec captures moments of summer, making me search for something, somewhat mirrored my then state of mind. Her somewhat restrained, patient eye for framing divulged only the bare necessities for me as a viewer. Passing Summer soothed my early pandemic mind. There is an eerie innocence to her filming, which mirrored my mental fugue state. Some things were also taking place outside the frame, but she trusted me, the audience, not to be shown everything. It felt winsome if underwhelming. 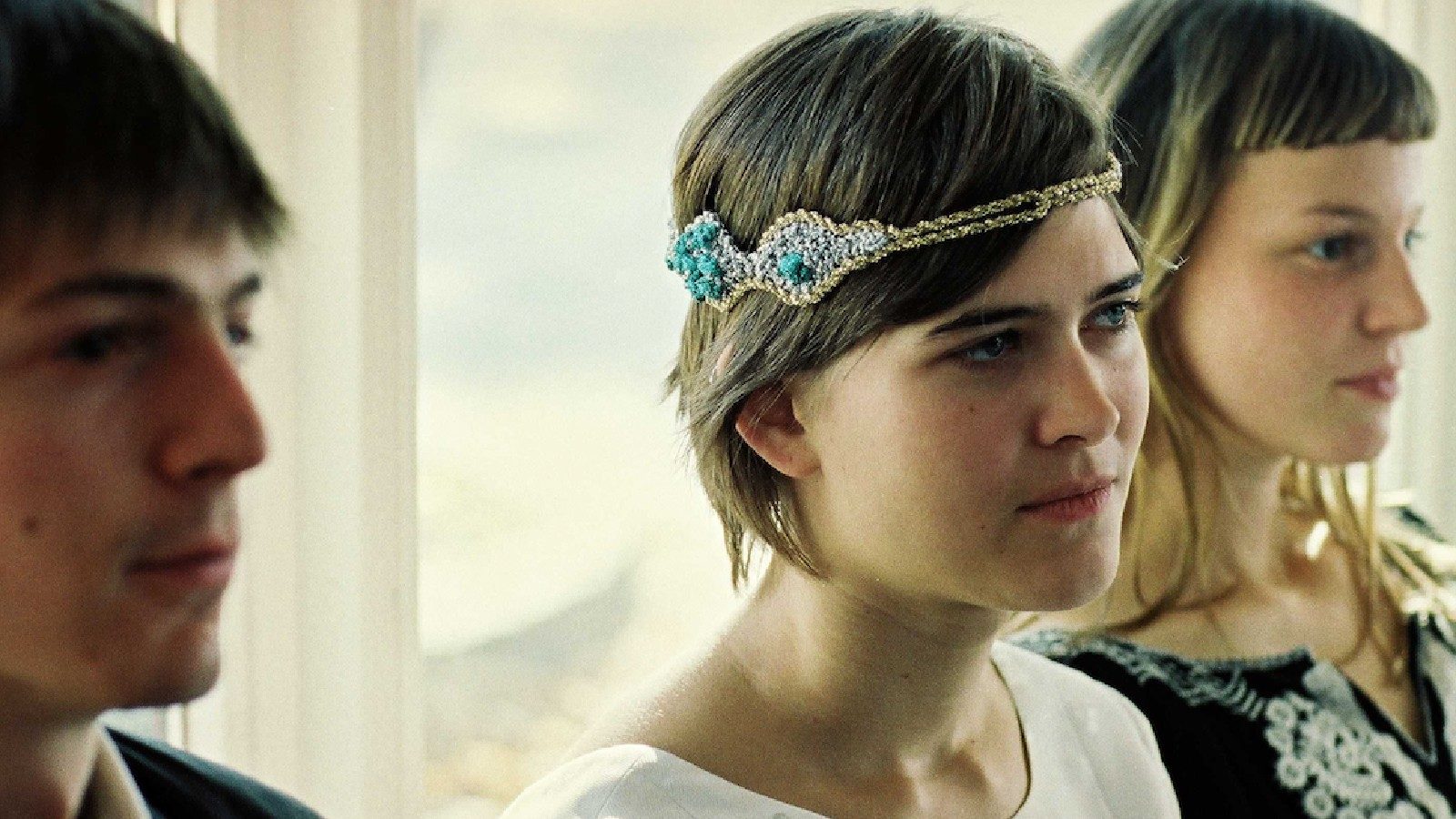 Next, I watched Marseille, a 2004 film also laced with the routine portrayals of German life. It captures an interlude in the life of Sophie (Maren Eggert), a young photographer looking for a change. She lands an apartment swap to photograph the French city Marseille and gets away from all the faces and names that surround her in Berlin. There are some ambiguities, but Schanelec, germane to her theme, allows the audiences to marinate, to linger in them. She follows almost a documentarian, non-interventional style, letting the narrative unfurl in its own time, even if that might be frustrating for viewers. But it was not the case with me, as I swiftly moved from Marseille to Afternoon.

As I watched Afternoon, I realized how the detached, removed and lingering style of storytelling has been a tonal constant for Scahnelec. In the 2007 film, a family spends three summer days in a beautiful lake mansion close to Berlin. In a constant ebb and flow of emotions, characters drift towards and away from one another. There is a sense of listlessness permeating the air, punctured every now and then by the ever so slight sense of jubilation. Something good is almost always at the periphery. Afternoon displays Schanelec’s full capacity of taking a situation and brining it home to the audience, the lens lingering over the mottled, thin-skinned surfaces of their emotions. 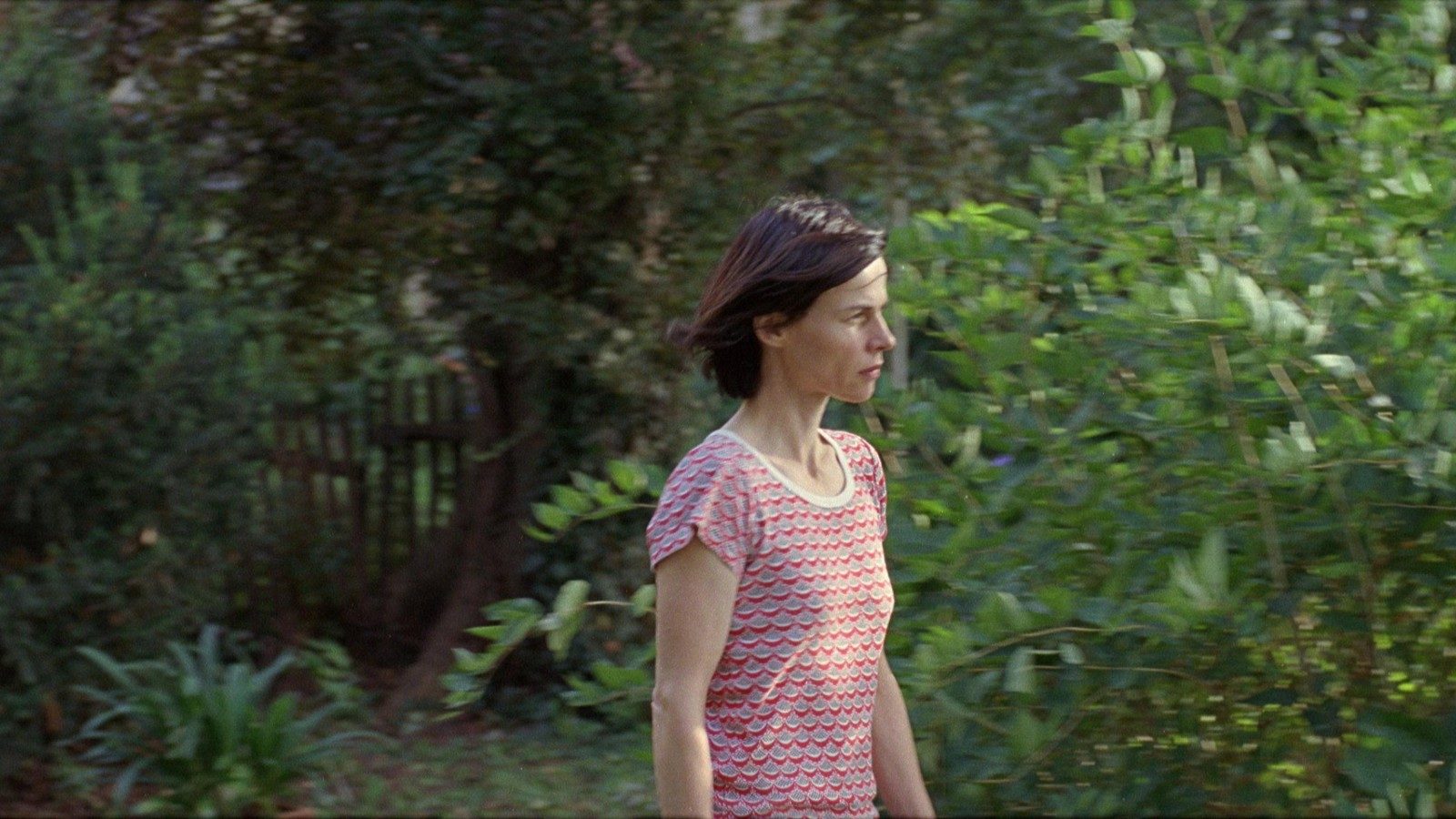 At the end of Afternoon, I realized that these films all held a similar, subtle tone. Through these, Angela Schanelec tries to pry sense out of dour, mundane everyday realities as a pervading sense of emotional ennui overcomes us. Her films all tend to be attractively lensed with long and static takes that don’t yield much. Their studied milieu can be equal parts moving and unsentimental, and as their austerity grows on the audience, the steady camera acts as a mere but potent observer of the lives of European families in quotidian distress.

By seeing this random troika of Angela Schanelec’s films, her style emanated clearly, easily recognizable. I also understood the confidence required to helm these films. Schanelec makes movies that are not so easy to connect with at the outset, and she has an astute disregard for narrative structure. Her films are sublimated with a distinct observational touch, taking massive, open, interactive locations during pristine seasons and making them feel isolated. With these films, Schanelec and her characters conspire to conjure a peculiar sense of dislocation.

It’s also interesting to note how some bits of Angela Schanelec’s films makes the audience feel completely left out. Marseille, for instance, begins as an ostensibly calm, realist drama where Sophie swaps apartments with her friend Zelda (Emily Atef) and moves about in Marseille. At roughly the halfway mark, the movie switches to a new set of characters who Sophie is only peripherally involved with. This could throw off mainstream, narrative-loving moviegoers. No queries are answered and yet Marseille never comes across as opaque. Instead, it fascinated me back then, beguiling as the days around me were transpiring. 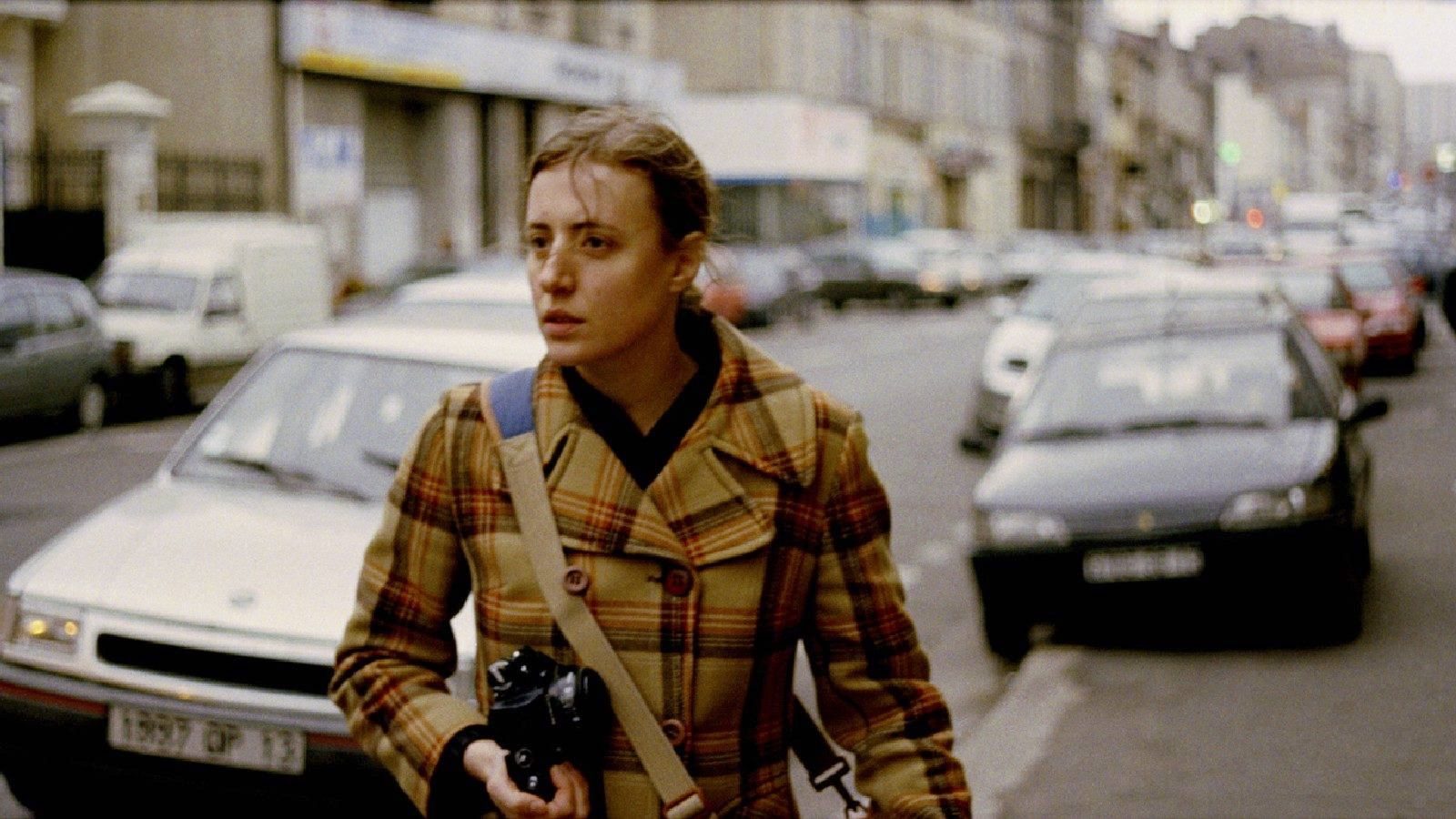 Movie critic Blake Williams, in an essay for Cinema Scope, writes, “Schanelec evokes our desires for moving beyond reality’s uncertainties and banalities, arousing our curiosities about the totality of an experience or a character’s psychology by presenting us with narratives that elide the details, the camera angles, or the words that might deliver us to somewhere or something that is beyond the ordinary.” This rings true. Angela Schanelec’s films, while shot so beautifully, also tend to capture the quotidian with a sense of weighty implication. The mercury vapor of the city bouncing off the just-rained, vacant street on a stray evening quickly seems to gather a significance of its own. Pregnant with images, the films show a possibility that the relationship between life and the imagery of life can also be a part of a filmmaker’s oeuvre.

The multi-hyphenate Angela Schanelec is known for her subtle filmmaking touches. She studied drama at the Frankfurt University of Music and Performing Arts from 1982 to 1984. She concentrated on stage set work after graduation (and also acted in a film). In an overtly blanket observation, it could also be said that all of Schanelec’s films are more or less the same, but on close introspection they reveal new, often befuddling aspects of human nature. Often in conversation with one another and with repeating motifs, the films convey the ways in which human beings adapt and connect (or disconnect). Creating and then sticking to their singular rhythms, these films are distantly funny, poignant with tender chuckles. While trying to grasp at the mysterious nature of a world ruled by chance, these movies ooze with serene ambiguity. They mould, twist and turn one single topic through various lenses, revealing an ethereal soul to Schanelec’s work.

Angela Schanelec’s films are anti-narrative, yet they all have a rhythm and tone that is very much their own. They are mysterious yet moving, unearthing the metaphysics rumbling beneath the placid surface of routine life. Schanelec’s collaborations with her actors are unparalleled, displaying a radical approach to performance, drawing on her background in theatre. Her work easily brands itself as singular and remains severely underappreciated among contemporary German filmmakers collectively known as the Berlin School (which includes Christian Petzold, Thomas Arslan and Valeska Grisebach). Angela Schanelec makes films that achieve nothing less than the rendering of the human soul on screen. She has an astonishing and audacious body of work that speaks louder than everything else.

Anandi Mishra (@anandi010) is a Delhi-based essayist and critic who has worked as a reporter for The Times of India and The Hindu. Her writing has been published by or is forthcoming in the Electric Literature, Harvard Review, Aeon, LA Review of Books, Chicago Review of Books, Virginia Quarterly Review, Popula and elsewhere.