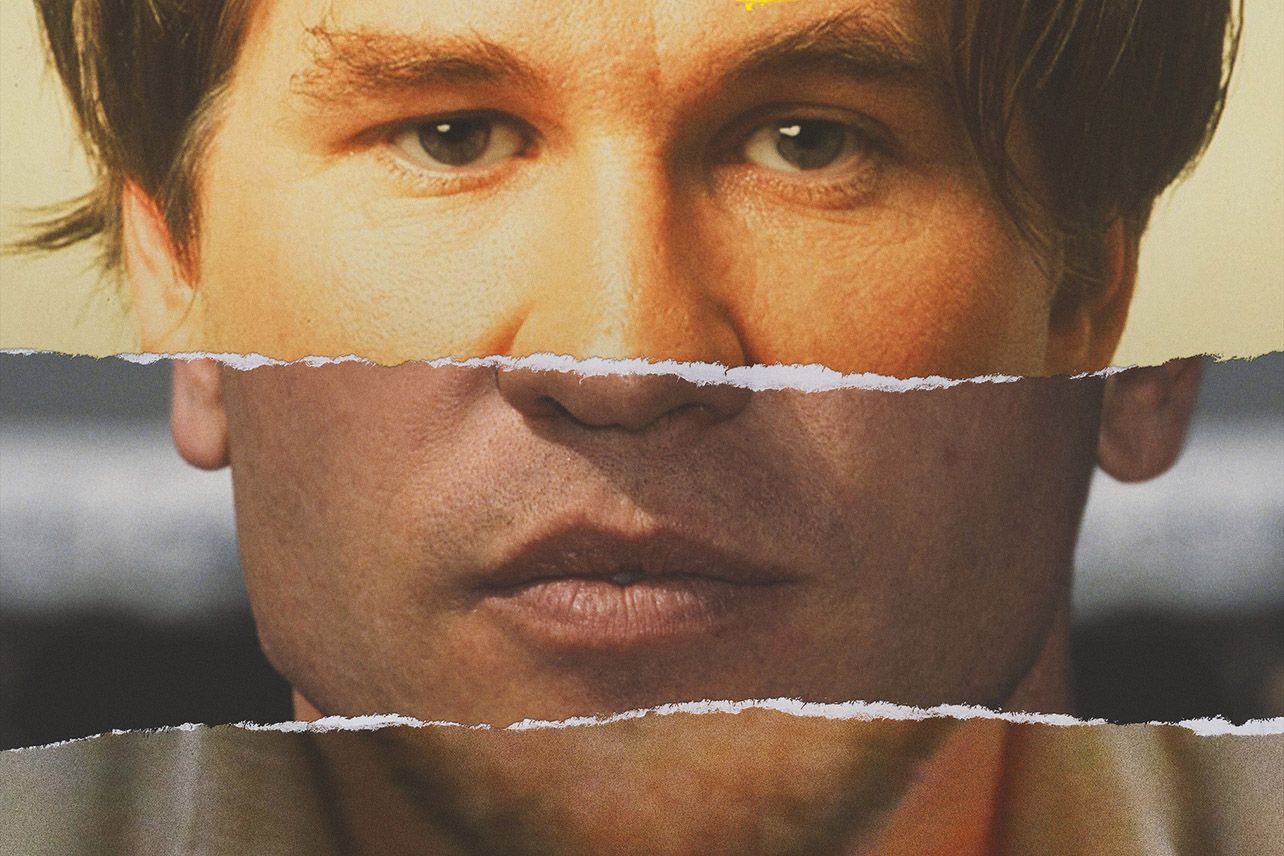 Ting Poo and Leo Scott may be the directors of record, but Val unfolds almost purely as the kaleidoscopic personal diary of subject and writer Val Kilmer, the mercurial one-time superstar who has spent more time in recent years dealing with throat cancer than pursuing screen roles. Kilmer’s initial public denial of his diagnosis — which in retrospect seems entirely in keeping with his idiosyncratic approach to the line between the real and the performed — spawned both speculation and rumor. Val is striking for its intimacy and for its candor (at least as far as Kilmer’s current health goes), as the subject speaks on camera by covering the hole in his throat. His son Jack, in the first-person role of his father, provides the voiceover narration.

Near the beginning of Val, Kilmer declares that “I was the first guy I knew to own a video camera.” And even before he amassed thousands of hours of home movies and behind-the-scenes footage, the future star was expressing himself through wildly imaginative original short films and stage plays as a kid, often with his brothers Mark and Wesley. Kilmer’s artistic inclinations would lead him to Juilliard, where he was the youngest person at that time accepted into the Drama Division. At first, it seems like Kilmer leads a charmed and magical existence. Significant tragedy, however, waits in the wings. 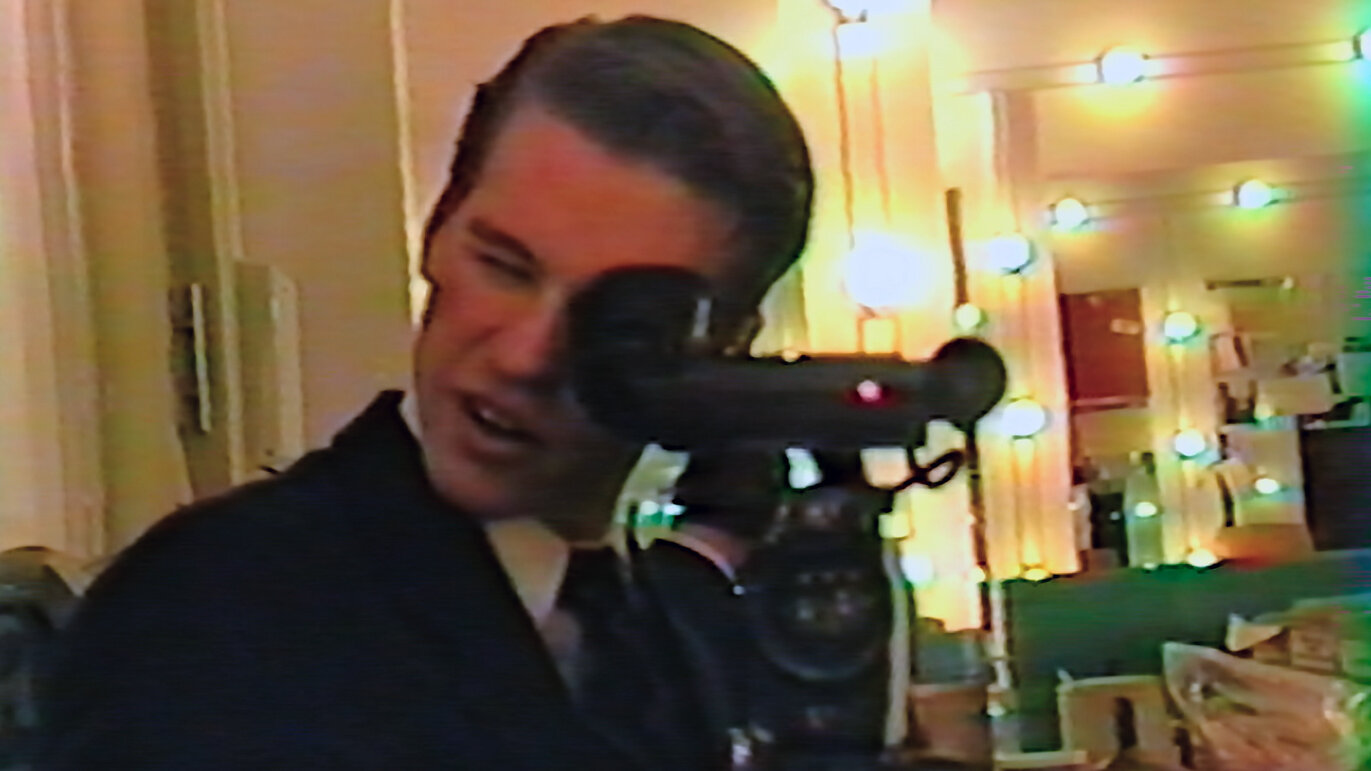 Kilmer’s personal observations and insights are always engaging in Val and occasionally yield details and particulars that allow viewers to peek behind the curtain of fame. Sober assessments of key portrayals are among the film’s highlights, and serve to remind viewers that once upon a time, Kilmer was an A-list force with Hollywood at his feet. He notes that, “Yes, every boy wants to be Batman. They actually want to be him. They don’t necessarily want to play him in a movie.” Certain characters require more time for Kilmer to unpack, but unsolicited audition tapes he made while pursuing Full Metal Jacket and Goodfellas are easily as fascinating as the way in which he prepared for Doc Holliday and Jim Morrison.

Even more affecting is Kilmer’s openness regarding the realities of making ends meet when lucrative marquee contracts are no longer an option. He says, “I’m selling, basically, my old self, my old career. For many people, it’s like the lowest thing you can do is talk about your old pictures and sell photographs.” But to his credit, Kilmer refuses to speak ill of fellow actors who have resorted to the same convention circuit or of the fans who wait in line for hours to meet their idol. 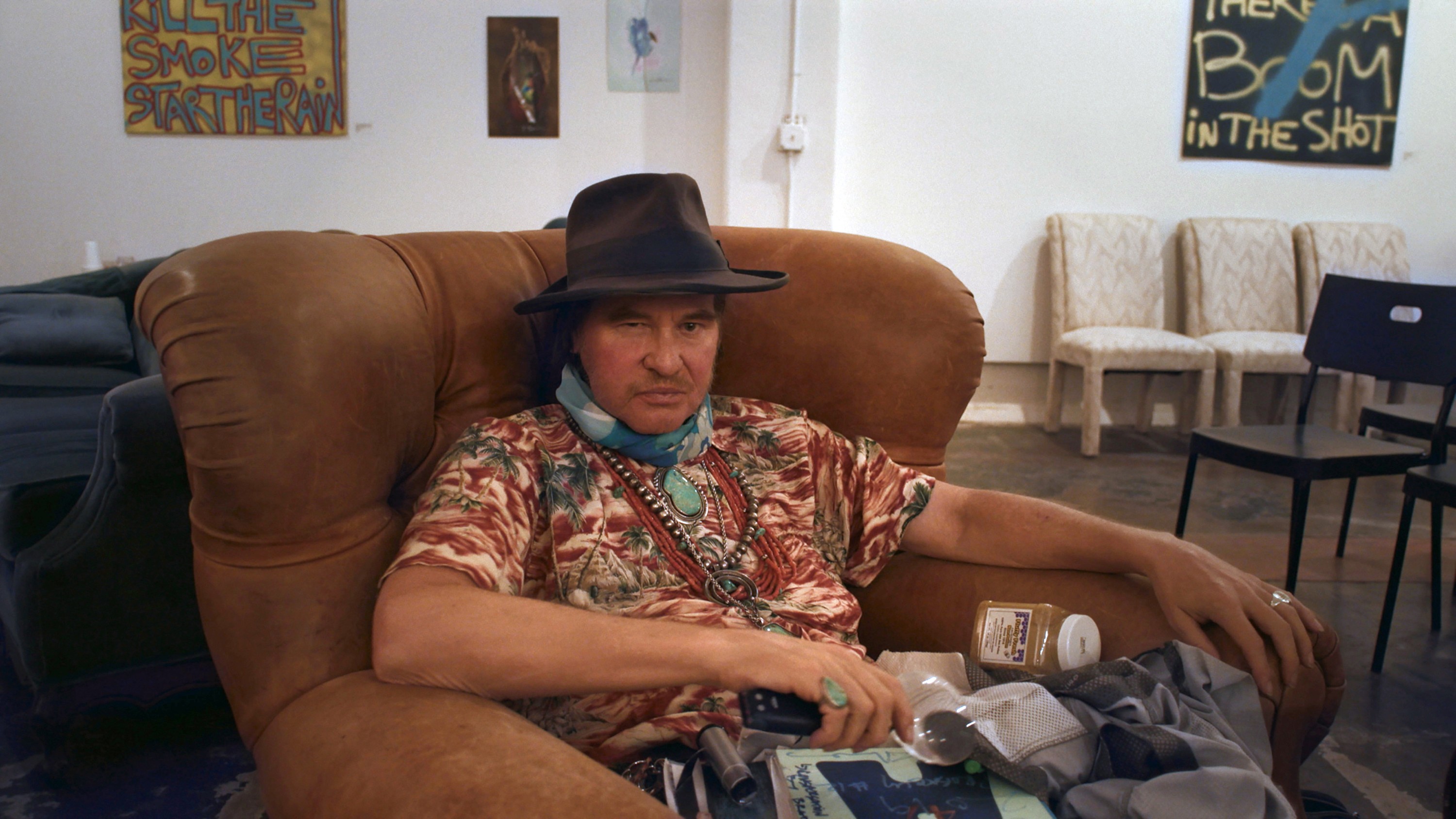 Kilmer crossed paths with legends of different generations, but the sole occupant atop the throne of the Dream Factory’s Mount Olympus was Marlon Brando. The bizarre tale of the making of The Island of Dr. Moreau, one of the most dysfunctional studio-backed projects of the 1990s, is already the subject of David Gregory’s fascinating 2014 documentary Lost Soul. In Val, the documentarians provide a glimpse of Kilmer’s perspective on the debacle, riveting in its own smaller-scale way. As things quickly go off the rails, one can sense Kilmer’s crushing disappointment.

Val’s moviemaking stories are juicy, but the filmmakers also capitalize on the intimacy of Kilmer’s family saga, including portraits of father Eugene and mother Gladys (who split when the documentary subject was eight years old). Kilmer’s marriage to and divorce from Joanne Whalley is handled with more respect and fewer fireworks than many of the backstage anecdotes. Along with Jack, daughter Mercedes also appears in Val. Both children dote on their dad, who concludes the scrapbook film with the signature self-confidence and optimism that fueled his meteoric career.