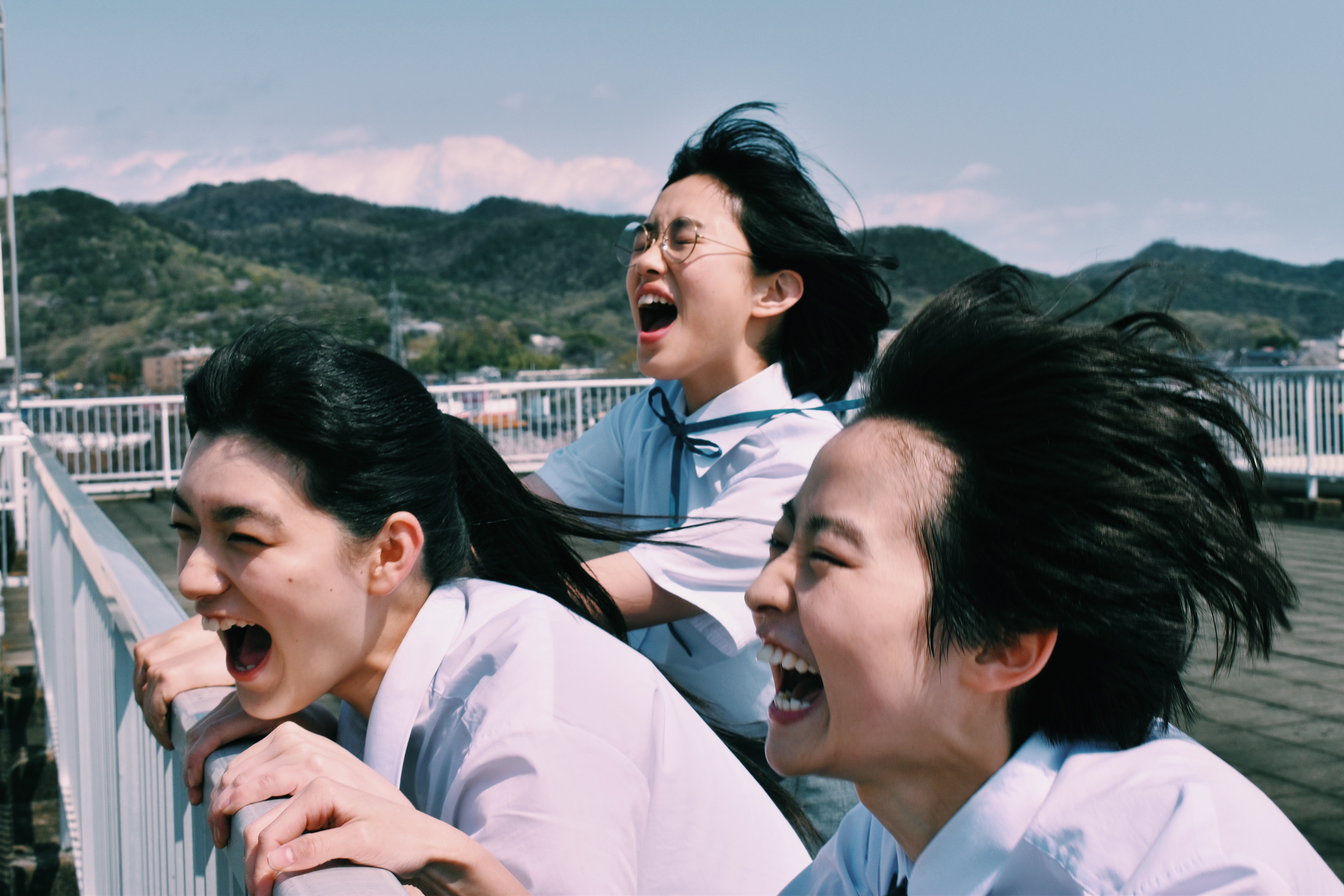 On the calendar of any genre cinema lover, August can only mean Fantasia Festival. One of this year’s highlights, It’s a Summer Film!, straddles the many styles and interests of the event. Sôshi Masumoto’s high school comedy, which includes elements of science fiction and a samurai movie-within-a-movie, has such a sweet center and so many ideas that its juxtaposition of themes feels almost radical.

It’s a Summer Film! begins with 80 days to go until “School Festival,” and the slightly awkward, tousled-haired Barefoot (Marika Itô) is despondent. While the local popular girl Karin (Mahiru Coda) can summon a troupe of fawning students to aid her production of a soppy romantic film, Barefoot has different dreams of cinematic expression. Masumoto’s film follows the protagonist’s increasingly offbeat attempts to make a movie in her favorite genre: the samurai film. 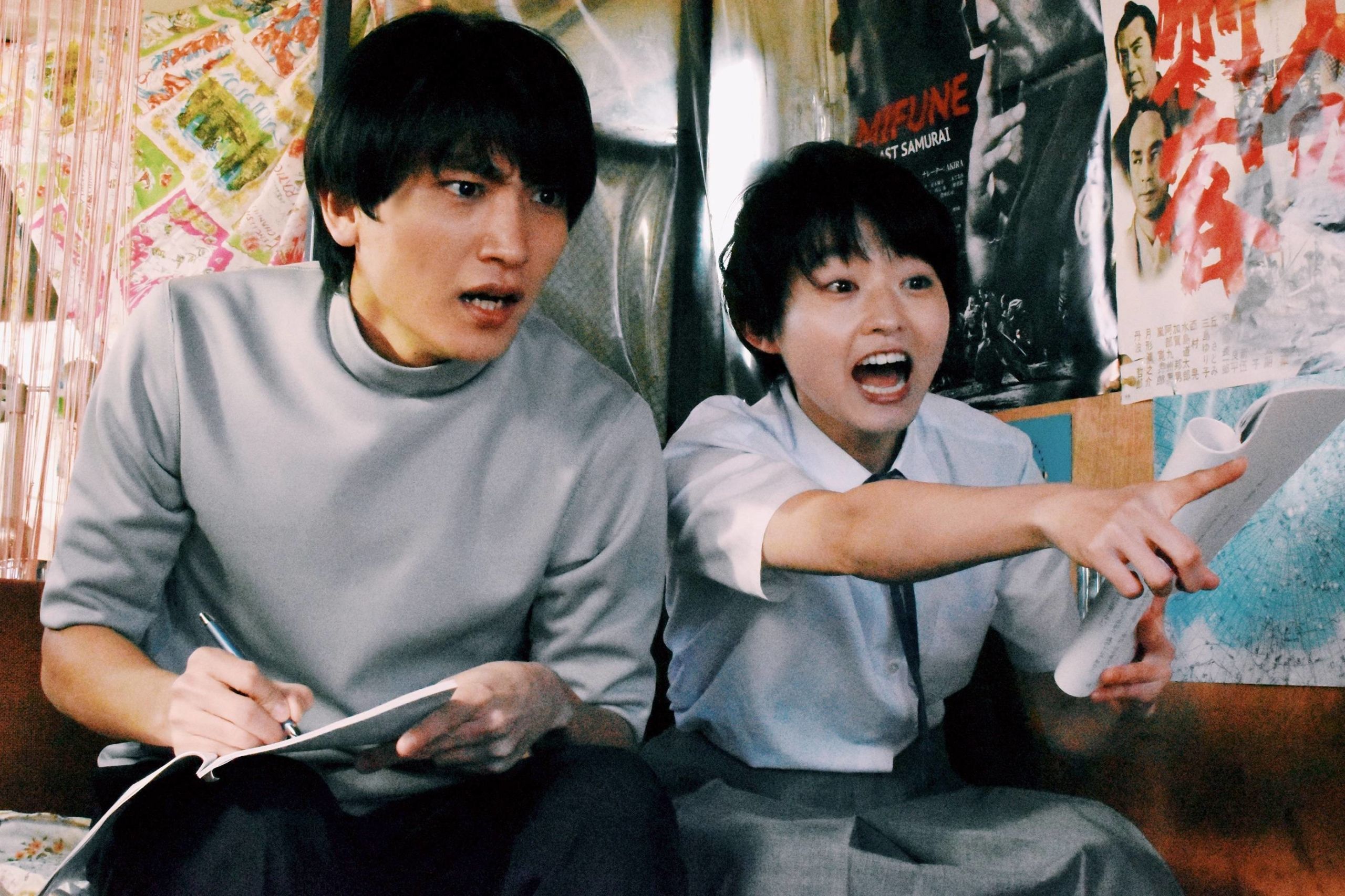 Barefoot plans her masterpiece from a video store-decorated camper van at an underpass, where she hangs with her best friends — the Kendo master-in-training Blue Hawai (Kilala Inori) and Kickboard (Yumi Kawai), a telescope wielding dork whose science fiction expertise fares well as the plot travels to unexpected places. However, Barefoot is unable to find a suitable male lead. Frustrated, she practices her moves by spinning a twig around like a sword, seemingly causing time to suddenly slow down. Bullies on bikes are frozen into their mean expressions, nearby frisbee flingers pause mid-throw. A boy appears right next to her — they both scream in surprise — and he’s gone.

It’s A Summer Film! takes its time to introduce the viewer to its off-kilter world. Barefoot goes to a local samurai film festival in search of inspiration, and there’s an accurately sparse audience (or socially distanced seating) for such a niche repertory event. Lo and behold, mystery man Rintaro (Daichi Kaneko) is there. Barefoot casts him as her samurai, and the antics begin. There are a whole bunch of Day For Night (1973) on-set antics, like the goofy sound man double act, a lighting rig operated by bike, interrupting passerbys and stiff, sanctimonious actors, like Rintaro refusing to read the end of the script because he hates spoilers.

Anyone who attempted to make their own epic film as a teenager will wince in recognition at such moments — this writer is still haunted by his 16-year-old self’s own unfinished mini-DV Bicycle Thieves remake set in East London. As Barefoot shoots her feudal-era antics on a phone, Masumoto cleverly shows several visions reduced to within the six-inch frame. Other gestures to drones and smart steadicams bring to mind Francis Ford Coppola’s rant in Hearts of Darkness (1991), that the increasing accessibility of technology means “one day, some little fat girl in Ohio is going to be the new Mozart…  and for once, the so-called professionalism about movies will be destroyed, forever. And it will really become an art form.” 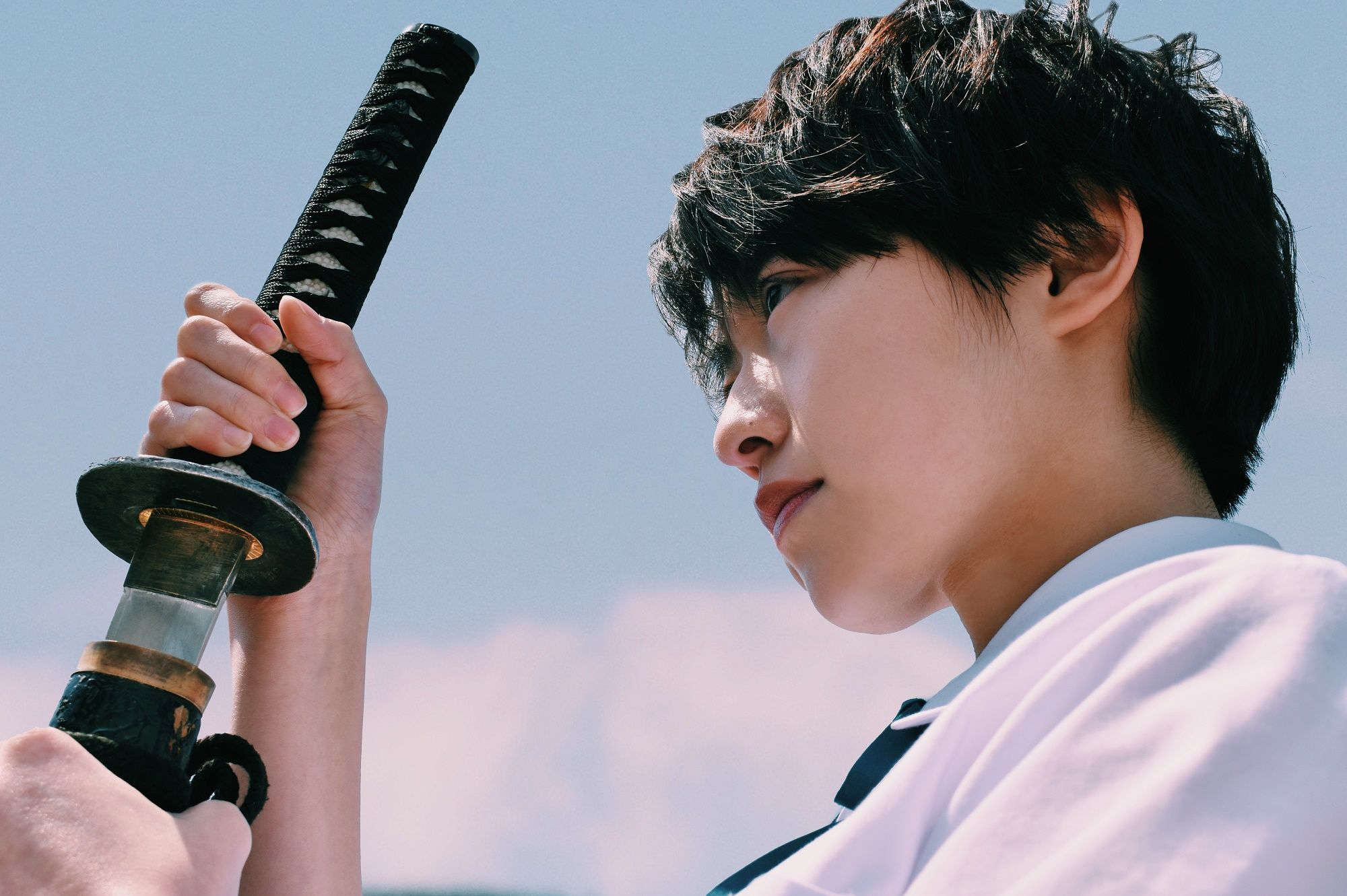 This contrasts with glimpses of Karin’s far costlier and high value set, which is presented like a Hollywood production with runners grabbing coffees and professionals scribbling notes. The clips of her film, “I Can’t Help Loving You,” are soft focused and digitally shot, which makes the self-serious reactions to these scenes even funnier. As Barefoot’s crew begin to work out each other’s strengths, It’s a Summer Film! captures the community spirit of filmmaking with a generous glow. The protagonist’s collaborative spirit is contrasted with Karin’s auteurist vision.

While Barefoot develops something approaching a relationship with Rintari, her glances towards Karin show a mess of romantic entanglements that reflect the film’s thesis about friendship, rivalry and lust all merging into one. This, it turns out, is Barefoot’s reading of the samurai genre, and her pangs for the director of the other project confirm her ideas. Rintari may or may not be sent from the future to make sure she makes the film, the fate of mankind resting on her ability to pull through with the production. These artificially inflated stakes, aside from being very funny, do well to situate the viewer into the high-pressure feeling of film production. The fate of the world really does feel like it rests on getting the next shot right.

If all this recalls the high-concept deconstructed zombie film One Cut of the Dead (2018), then It’s a Summer Film! has a genuine emotional core, which layers each wild twist into another heartrending moment. Masumoto uses the tricks and jokes to bring the viewer closer to simple human emotions, a la Nobuhiko Obayashi. As Barefoot says, she wants to “connect to the present with the past through the big screen.” This cinema of play is given, by Masumoto and his co-writer Naoyuki Miura, a hermetically sealed world. It succeeds to not show any adult characters — even the school festival appears run by these capable, imaginative students. As the plot progresses, It’s a Summer Film! shows the true heroism of cinephiles and archivists in their hunt for cinema history — and what festival audience member wouldn’t be flattered by that?