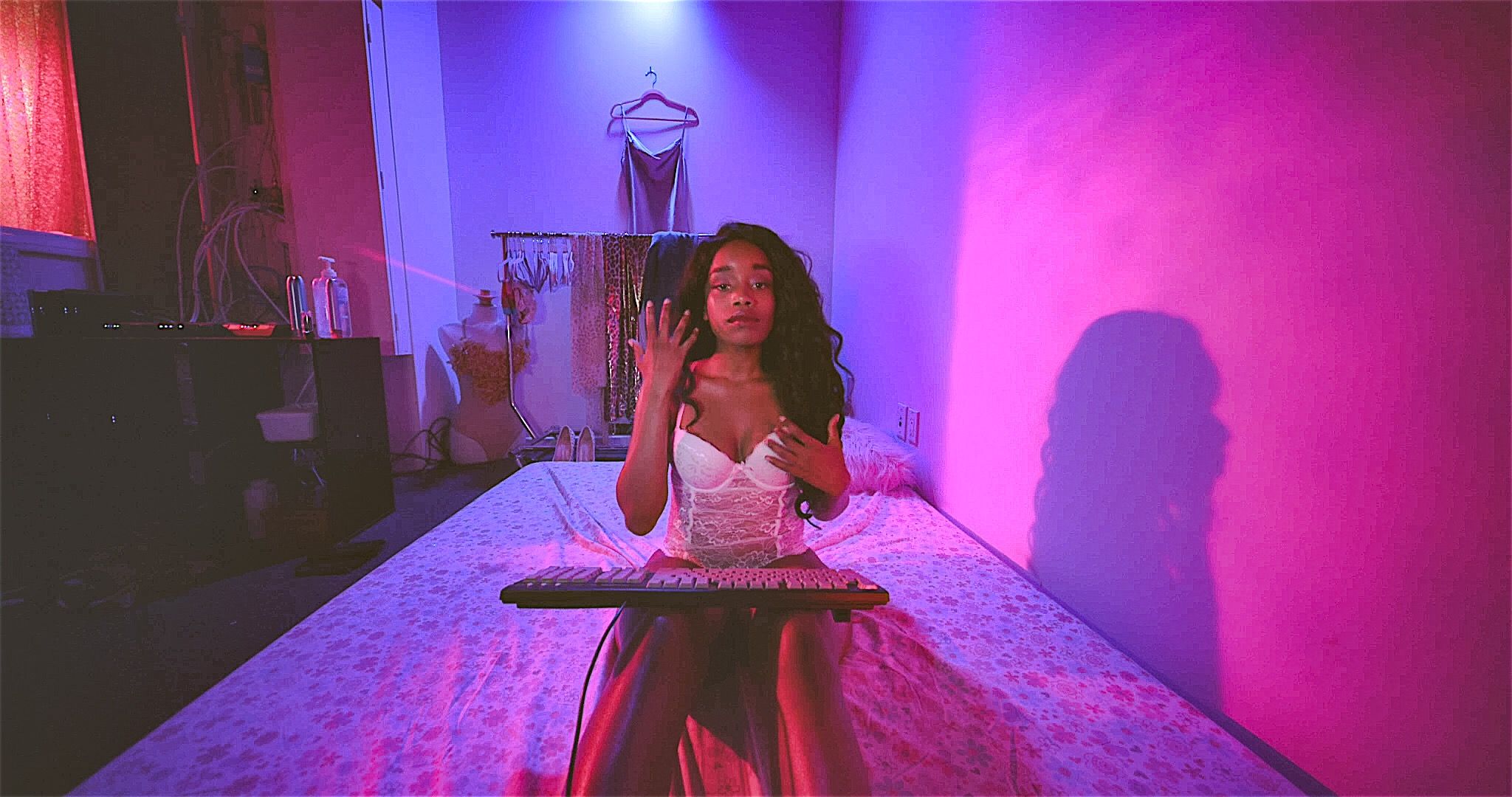 In 2010, American scholar Dr. Moya Bailey invented the term “misogynoir” to define and critique the oppressions black women face at the intersections of race, sex and gender. Misogynoir continues the abundance of work by black feminists on intersectionality; it’s a concept that illuminates a lineage of oppressive stereotypes that doubly bind black women within a liminal, contradictory space marked by excess and invisibility. Director Numa Perrier excavates and critiques these historical reverberations with her 2019 feature debut Jezebel.

Set in late-90s Las Vegas during the rise of the internet, Jezebel follows two sisters finding their way in the world. Perrier herself plays the elder sibling Sabrina, while Tiffany Tenille co-stars as 19-year-old Tiffany. Sabrina is a phone sex operator whose work supports her daughter and her white boyfriend David, along with Tiffany and brother Dominic. The five-person family lives in a crowded one-bedroom apartment just off the Vegas strip. The siblings’ mother is terminally ill and under hospice care; she is unseen for the entirety of the film, but her presence is felt through the family’s increasingly precarious finances and the quiet love that girds Sabrina and Tiffany’s interactions. While Sabrina keeps the family afloat through her seemingly endless workdays and force of will, Tiffany waits for something — a purpose, a person, a plan — to appear and shape her life. Tiffany is both stifled under her sister’s care and a bit lost, as she has not yet figured out what she wants or needs.

A sign soon arrives in the form of a “help wanted” advertisement for female models at a new chat website. Sabrina explains to Tiffany that the modeling job is actually sex work — she would flirt with men but only interact with clients online. As Tiffany readies herself to visit the website’s physical headquarters, Sabrina prepares her sister’s hair and gifts her a glamorous wig. Sabrina teasingly names the wavy locks “Jezebel,” and tells a wide-eyed Tiffany that “bangs are for little girls.” Tiffany begins a transformation under Jezebel’s supervision; the uncertain girl begins to stand a little straighter and walk a bit taller — she sees the world in a new way. When offered a modeling position by the website’s owner, Tiffany even adopts the persona of “Jezebel” for her online shifts. 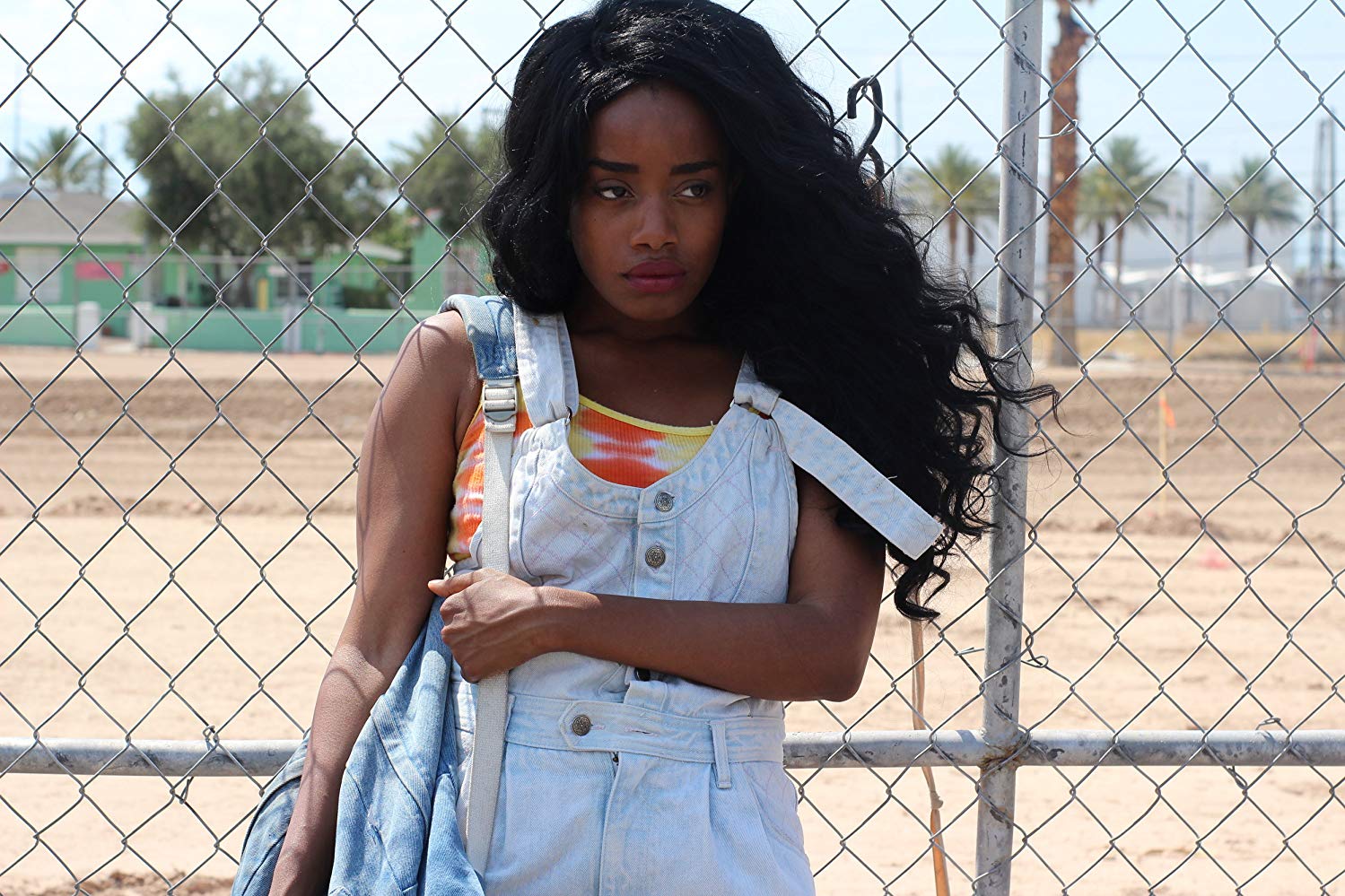 Perrier plays with the symbolism and cultural weight of the “jezebel” stereotype. With origins in the Atlantic slave trade, the jezebel pejorative is based on the othering of black female sexuality. Through the veil of the jezebel, black women are exoticized and hyper-sexualized: how can a girl grow up in the world if the only stories available to her are mired in oppression? Perrier’s answer to this question centers on the ambiguity of agency, choice and reclamation under the working conditions of capitalism. Though Tiffany’s job as an internet model, the market precursor to today’s “cam girls” provides her with enough money to quickly afford her own apartment. The work is exhausting and begins to subsume her life.

The chat sessions at the website’s headquarters contain little to no dialogue as a means by which to re-produce the slow internet connection speeds of the time. As a webcam connection delays, Tiffany and her co-workers take turns typing on an unwieldy keyboard. Some women type faster than others — a co-worker brags that with her speed, she could be “the president’s secretary” — but all of the women are simply waiting for clients’ responses. These laborious scenes ask the viewer to participate in this work through point-of-view shots and the diegetic clacks of the keyboard; the audience also stares at the screen and waits for a response. Ultimately, clients want to interact with Tiffany outside of work, underlining the concept that the possibility of monetizing kindness, sex and submission is more complicated than a straightforward transaction.

For Tiffany, these complications begin as nebulous unknowns, shrouded and hidden by the possibility that the internet represents. As artist Martine Syms writes in “Mundane Afrofuturist Manifesto,” “This dream of utopia can encourage us to forget that outer space will not save us from injustice and that cyberspace was prefigured upon a “master/slave” relationship.” Syms’ statement means that racism is embedded within the digital realm — it cannot be escaped through the internet but rather has found another home on the world wide web. When Tiffany faces racialized abuse from a client, she is offered no protection by her employer or co-workers. The website’s owner simply provides Tiffany with her weekly check and requests that she develop a thicker skin when dealing with insults and abuse. Though unjust and exploitative working conditions intersect with Tiffany’s story, they do not constitute the entirety of her story. 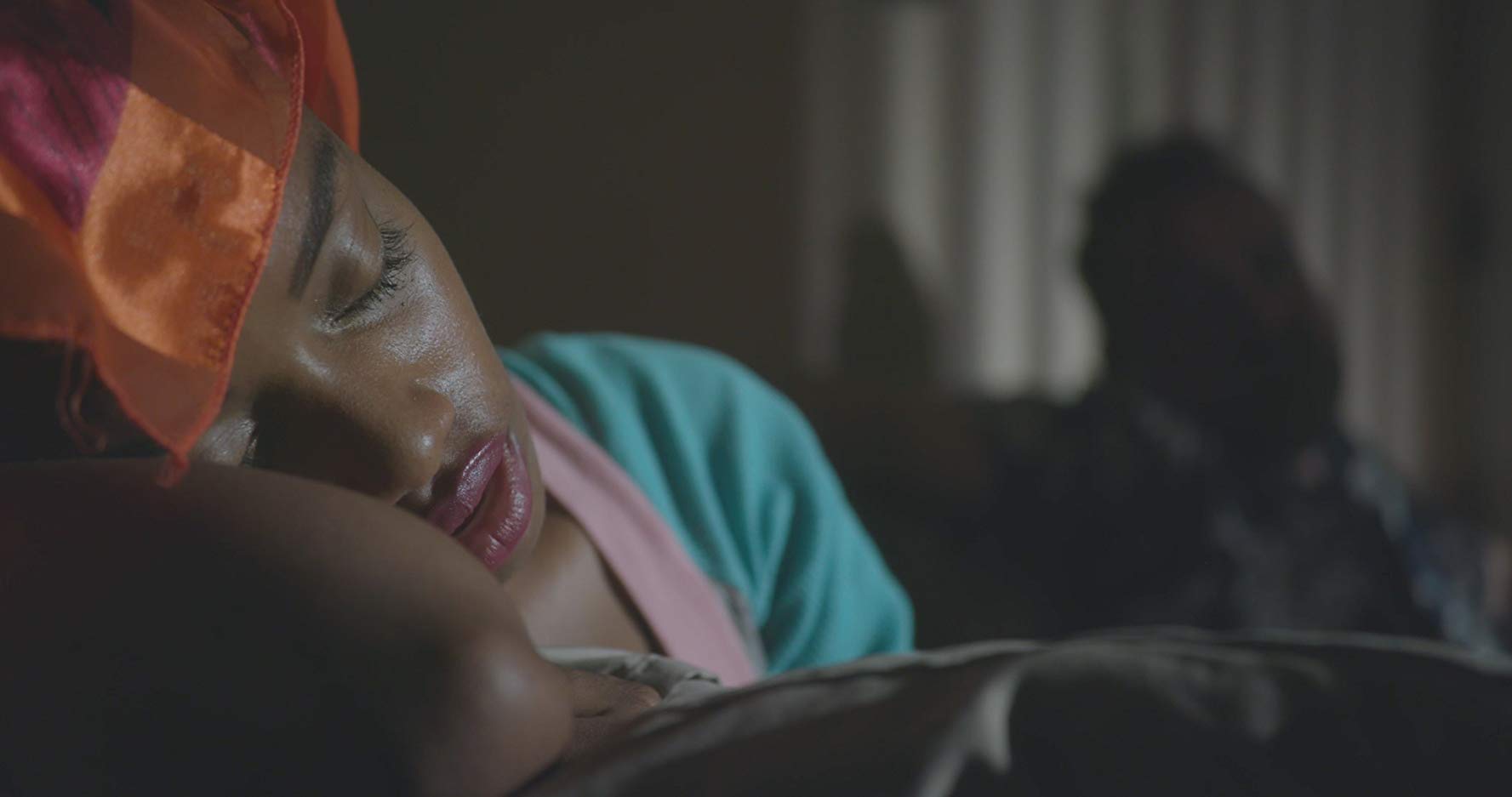 Perrier situates Tiffany as a girl discovering herself and her sexuality within an imaginary world that posits whiteness and white femininity as the only words within vocabularies of desire. Tenille’s vulnerable and brave performance succeeds in destabilizing the hierarchies and limitations of lust, sex and romance that Perrier’s script and camerawork strive to deconstruct. Early on, Sabrina urges Tiffany to visit the sex shop down the street to buy lingerie and accessories in order to maintain her clients’ interest and attention. As Tiffany walks under a blue desert sky with her backpack and windbreaker, the world seems wide with opportunity. And when Tiffany first catches sight of the sex store, she doesn’t notice that its advertisements feature all white and ethnically ambiguous light-skinned women. Tenille imbues her character with a guileless glee: Tiffany has free reign to experiment with her own femininity and dip her toes into the adult world. Perhaps the most powerful image of the film is when Tiffany begins to perform for a client with well-earned confidence — she does little more than run her fingers across her arms and torso, but the close framing of her body and nails positions her in a space of power that is hers alone.

Jezebel is a rallying cry for all black girls trying to figure out who they see in the mirror and on the screen.

Annette LePique is an arts writer, educator and archivist. Her research interests include cinema, race, illness and the body. She has written for Cleo Film Journal, Another Gaze Feminist Film Journal and Dilettante Army. Annette was a 2017-2018 Research Fellow at the Chicago Psychoanalytic Institute and is completing her graduate studies at the University of Chicago. She is an active performance artist with a background in dance and music.