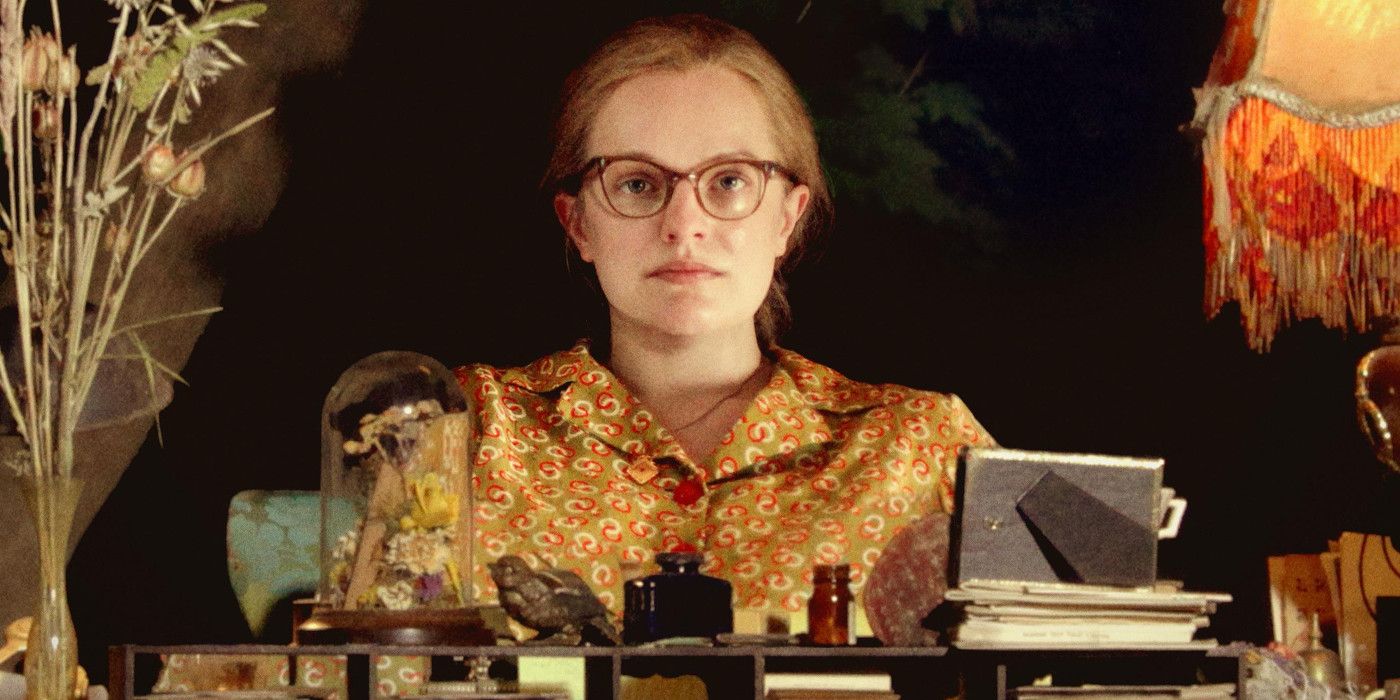 “Where do you get your ideas?” is a question that plagues the artist, a refrain that sounds throughout every Q & A session across the world. Those unfamiliar with creativity expect artists to make their art according to a quantifiable system, a repeatable set of actions that results in a completed work. The real truth, of course, is that an artist’s process is mercurial, with their plans to create often thwarted or changed by their inspirations. Those inspirations come from — to annoyingly generalize — all of life itself, the real world and the imagined world (and especially the imagined real world), all blending together to be filtered and interpreted by someone who may not end up saying the placating, pleasant things that society wants to hear, especially if those things are being said by a strong, intelligent woman.

Josephine Decker’s new film, Shirley, is an examination of that creative process, translated rather brilliantly to the screen. What it’s not is a standard biopic of the innovative horror and mystery writer Shirley Jackson, played by Elizabeth Moss. The actor gives a layered, fantastically vibrant performance, adding the role to her pantheon of troubled women. To whatever degree Jackson was a mysterious figure in real life, she’s positively enigmatic in Decker’s film. Shirley gives her a mythological quality right from the get-go, as wide-eyed youngsters Rose (Odessa Young, making what could’ve been a thankless role into a fascinating character) and her husband Fred (Logan Lerman, suitably square) are thrilled and anxious to be invited to Jackson’s Vermont home by herself and her professor husband, Stanley (Michael Stuhlbarg, subverting his intelligentsia teddy bear persona into something darker). Fred, idolizing Stanley and hoping to become a professor himself, and Rose, being intrigued by Shirley, are seduced into staying with the couple, under the auspices that Shirley needs a housekeeper and caretaker so as to help her focus on her work, and the dropped-out-of-college Rose can fill that role. With Rose’s assistance, Shirley locks onto a subject for a full-length novel (the movie never specifies the work, but it’s her novel Hangsaman from 1951), regarding a real incident of a local college girl, Paula Jean Welden (also played by Young), who mysteriously disappears. 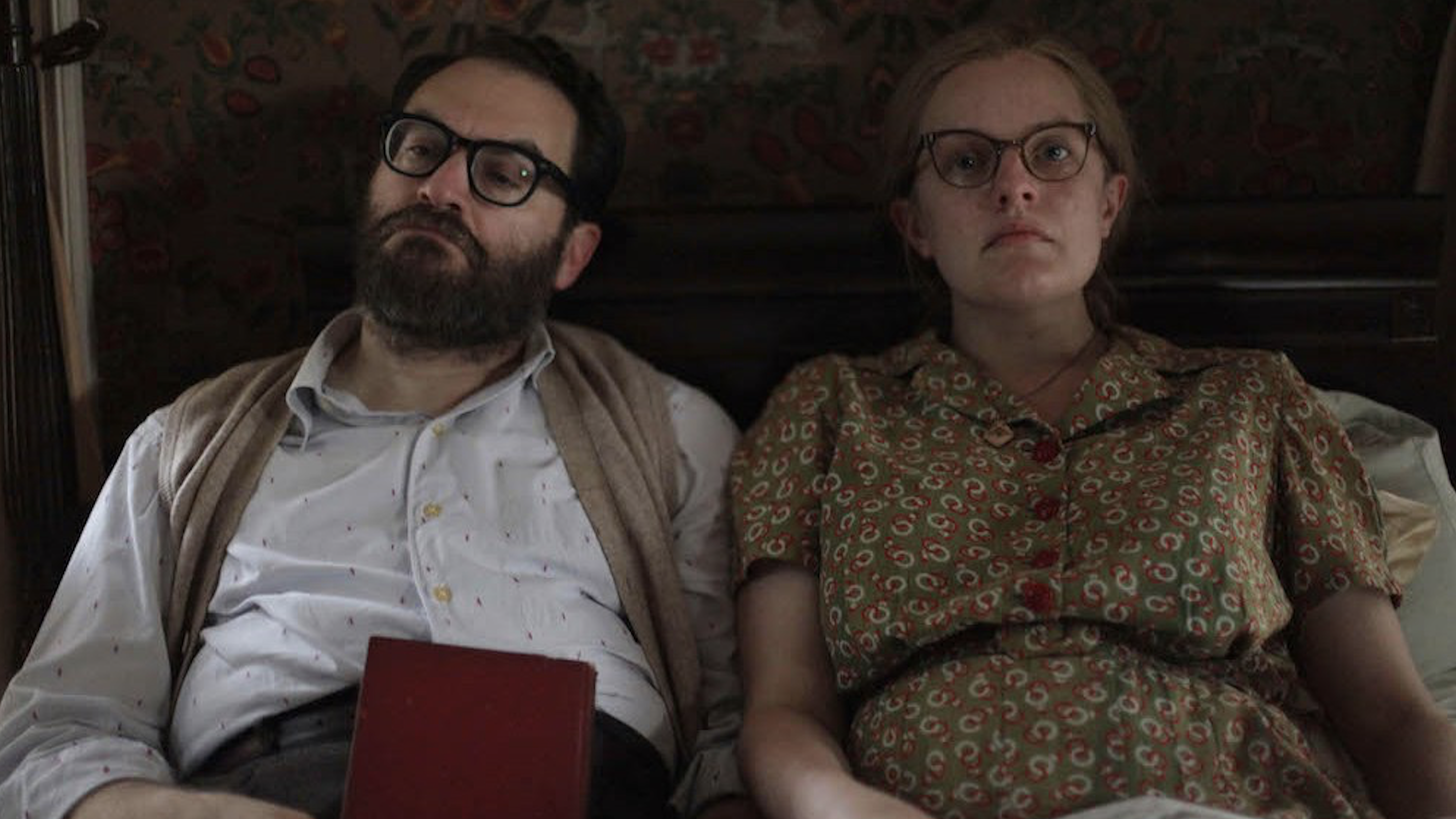 Decker’s films tend to explore creativity and the imagined world in surreal, mercurial ways (most especially in her last film, 2018’s Madeline’s Madeline), and Shirley is no exception. Writer Sarah Gubbins, adapting Susan Scarf Merrell’s novel of the same name, deftly balances domestic scenes between the couples, Rose’s quest to assert herself and Shirley’s struggle to tame her work while being at odds with the literary world that’s fascinated and repulsed by her. Decker and editor David Barker assemble the picture in a fashion that’s mostly linear yet also in the stream-of-consciousness style, letting little bits of sound or images slip in where perhaps they shouldn’t be yet. Decker’s camera, aided by cinematographer Sturla Brandth Grøvlen, is in a constant state of motion, alternating between searching along with the characters for the next clue and lurking, lying in wait for the air of menace that surrounds Shirley’s home to snap.

That tension is what makes Shirley feel very much like a horror film, even if it’s not. The approach is its own loving homage to the author, threading through the film pieces of her stories — Hangsaman is there in Shirley and Rose’s investigation of that true crime, of course, but “The Lottery” lurks in the alley where some young boys throw stones at the wall, and The Haunting of Hill House looms in the drab, dirty home that the foursome live in, with Shirley trapped by her own tortured mind as she attempts to create. The horror-adjacent tone coupled with the film’s surreal, sometimes absurdist style pushes it closer to the works of Eugene Ionesco or Edward Albee. The particular dialogue and mysterious expressions of the characters gives way to eruptions of action, either domestic anger between Stanley and Shirley, or forbidden lust between Shirley and Rose, a development that adds to the film’s genuine eroticism. A large source of Shirley’s tension comes from the fact that the title character’s state of mind is called into question several times, and while the film never posits her as insane, Moss never lets her guard down, remaining unpredictable at all times. At one point, Shirley pressures Rose to eat what she claims is a poisonous mushroom, and Moss keeps every interpretation of that moment alive, even when the mushroom is revealed to be benign. 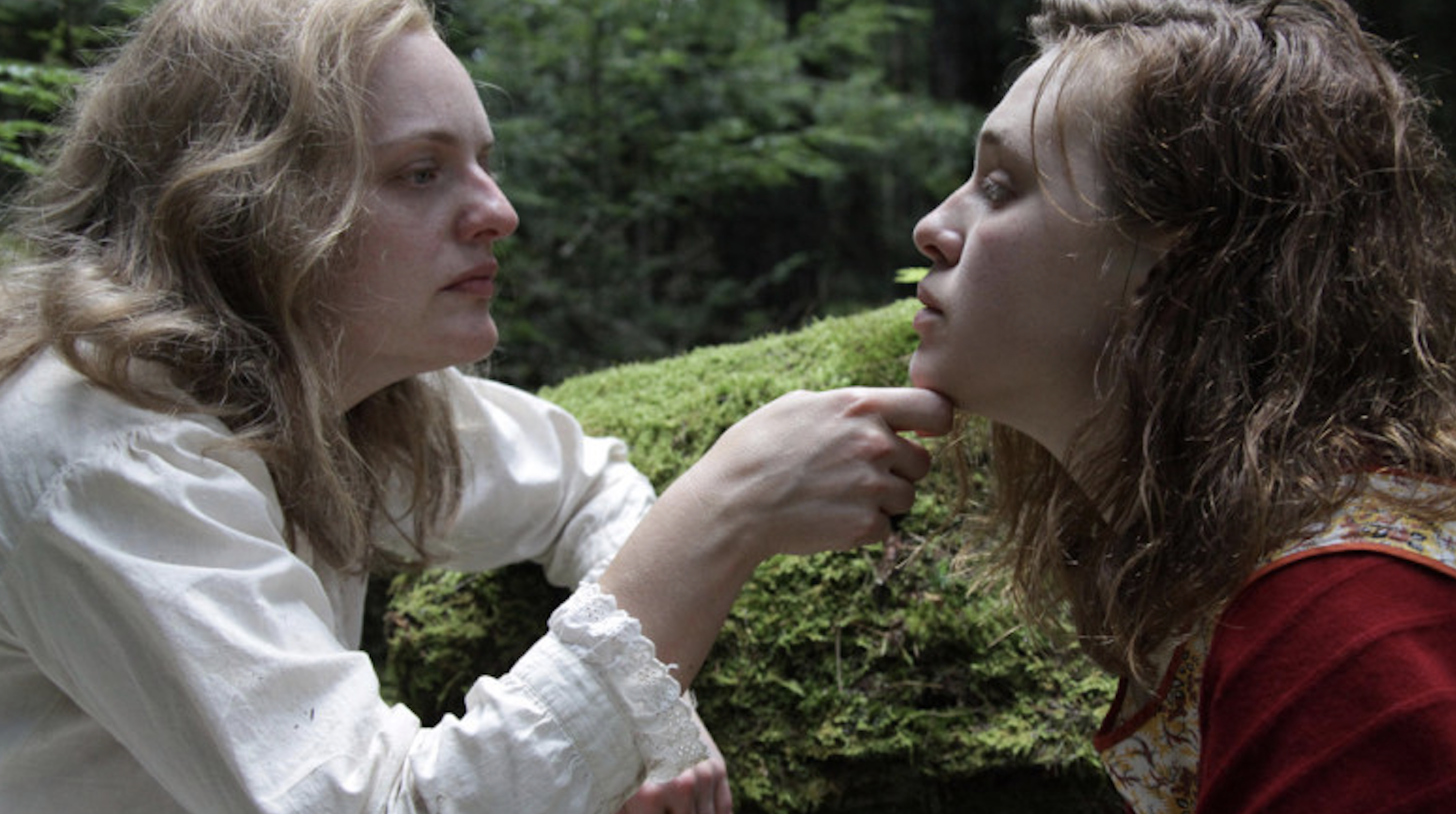 Shirley is not just a film about the pain and struggle of creativity for all artists, but about women particularly. Decker makes it clear what society expected women’s place to be in post-war America, and uses her triptych of characters to examine how women struggle against and, occasionally, escape such bonds. Shirley, Rose and Paula’s lives all blend together, both their realities and imagined versions of what they are or could be — the girl who was either a victim or an escapee, the woman who is a housewife and mother yet refuses to be defined by those labels and the writer who seeks to capture their spirit while figuring her own out. The blend is such that it can be interpreted that Rose and Fred perhaps never existed, or, if they did, events did not happen the way they were shown. The only reality that matters, to Shirley and to Shirley, is the art, the expression of creativity that is born from her. Once the work is completed, a celebration can be had — all while the rest of the world, the patriarchal society, the next work to be written, lurks outside the window, its advance as rapid as an approaching train.