Glasgow Film Festival Review: Radu Jude’s ‘I Do Not Care If We Go Down in History as Barbarians’ 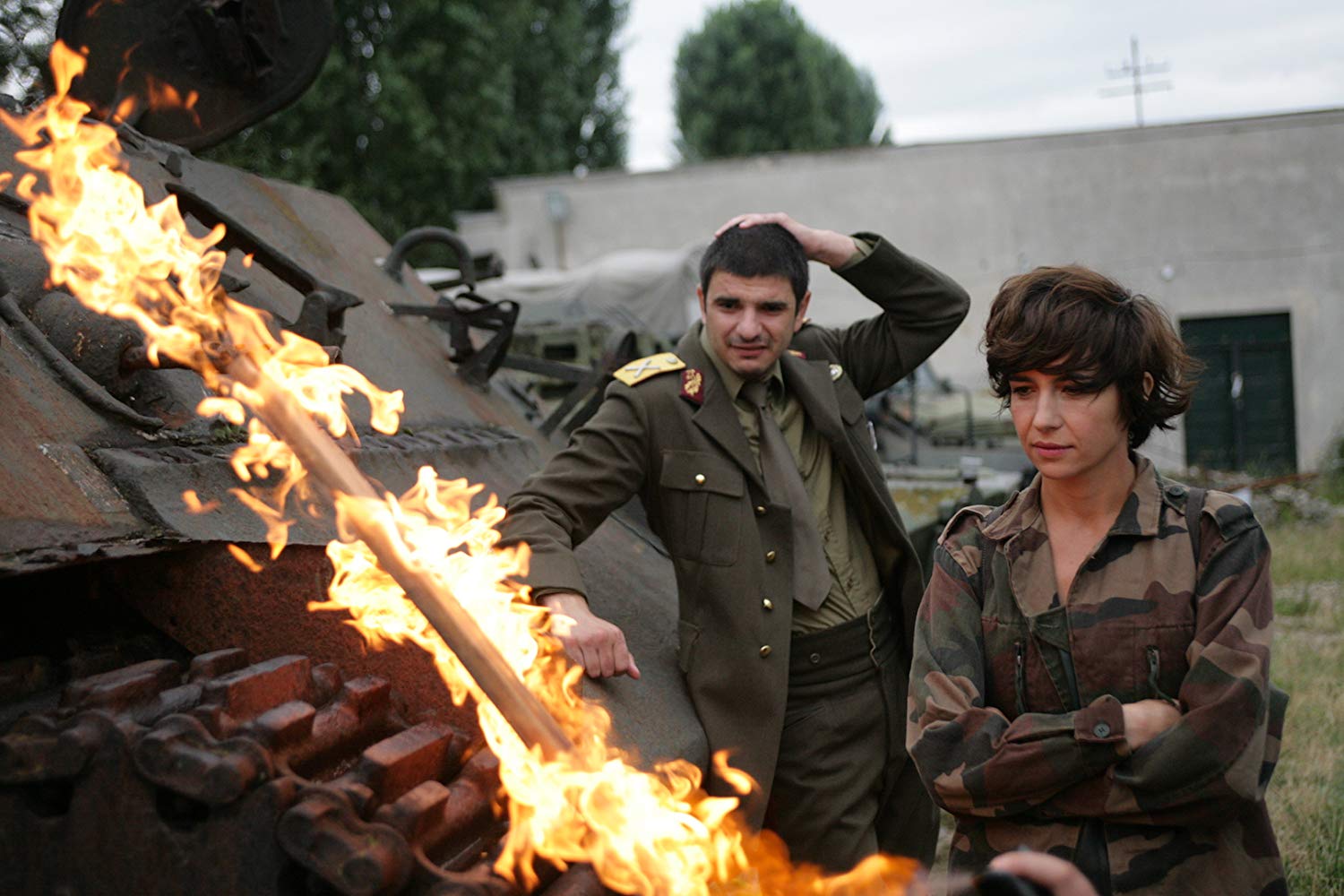 In history, there are certain events that go down in infamy, for their violence and terror. Then there are horrific acts that escape memory as a result of their comparative scale, lost in the pages of dense textbooks because the death toll wasn’t quite high enough. I Do Not Care If We Go Down in History as Barbarians follows performance art director Mariana, played by Ioana Iacob, as she attempts to stage a piece centred on a lesser known historical atrocity: the Odessa Massacre of 1941.

Sharing more than just her name with the famous anti-establishment Romanian poet, Mariana Marin immediately clashes both with her superiors and those in her company who aim to question her. There is some irony in her demand for respect of her singular vision: though often defied by her cohorts, she rules with an almost autocratic fist in I Do Not Care If We Go Down in History as Barbarians. Iacob’s passion is infecting, imbuing the hot headed Mariana with clear purpose and determination. Fiercely intellectual and perennially smoking, the film lives and dies by Mariana’s whims. Writer-director Radu Jude seems not to realise this, however, insisting on pulling focus away from the heroine to give context or exposition to the history being explored. For minutes at a time, Jude breaks with cinematic convention to linger on the opinions of others: he is happy to let Mariana read long passages aloud from a book, or to watch a hearty section of Sergiu Nicolaescu’s The Mirror. 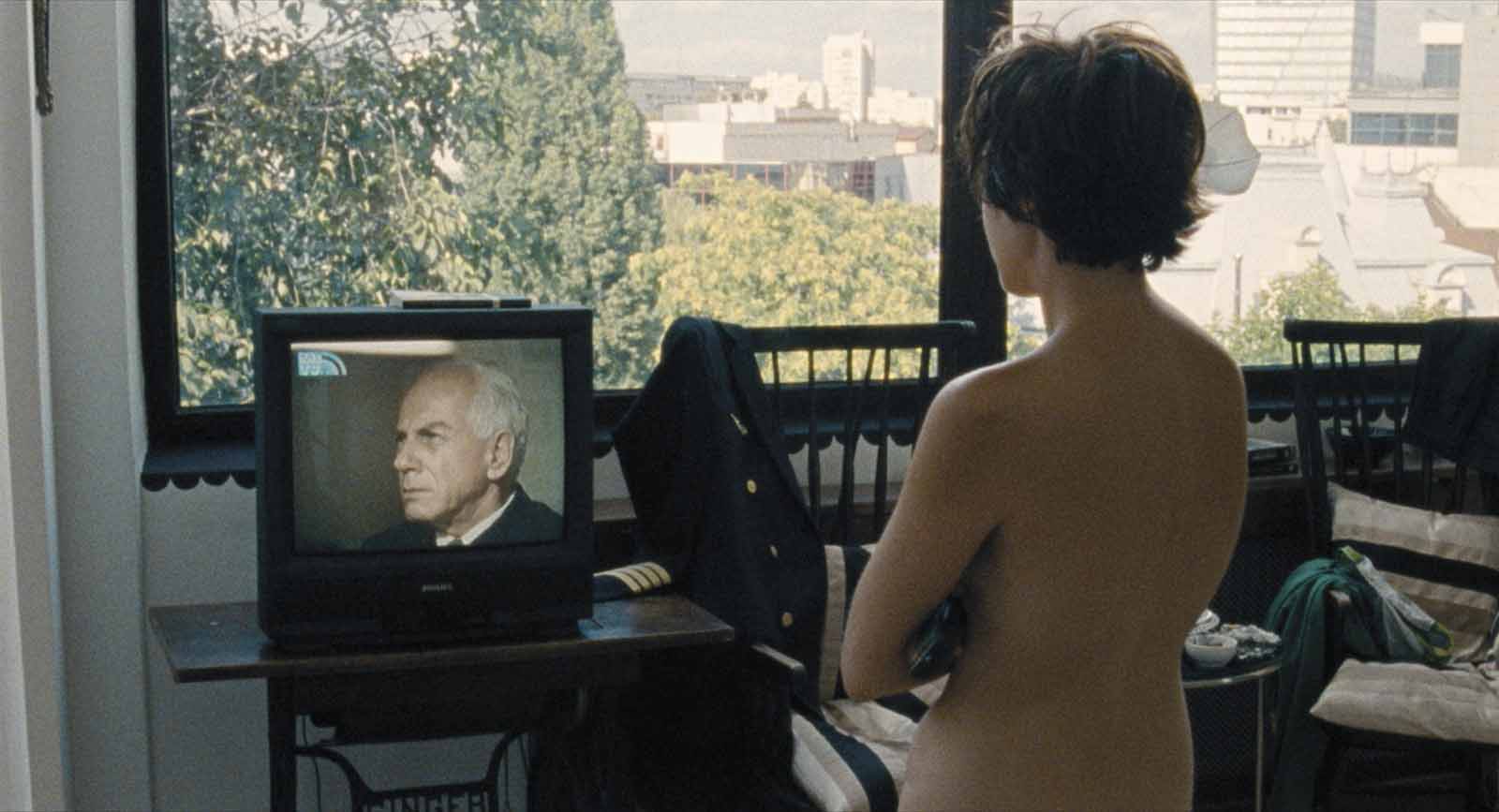 Despite the many roadblocks that hamper Mariana’s production and distract for a moment or two, Jude forces a return to one key point over and over again. The massacre at Odessa has been forgotten — a fact Mariana bemoans in defence of her artistic vision. No one remembers the second biggest massacre, she laments. After all, who talks about Nagasaki over Hiroshima? Mariana’s ethical debates with her financier boss Movila (Alexandru Dabija) are the scenes where I Do Not Care If We Go Down in History as Barbarians as Barbarians comes to life, with Mariana’s intensity sparking fierce and yet politely controlled debate between the two. Reminding her that this isn’t the “holocaust Olympics,” Movila wishes to control the more shocking aspects of Mariana’s show. “Just don’t do anything too scandalous,” he warns.

Sadly, Mariana’s final production is anything but. What should have been a showstopping event comes off as anti-climactic, due in part to the atmosphere’s lack of translation from a live event to the screen. This is the inherent problem with I Do Not Care If We Go Down in History as Barbarians — misunderstanding form, or at least experimenting a little too much with it. The director raises some important issues surrounding freedom of artistic expression and the function of political theatre, but does so without subtlety or punch. When the crowd begins to applaud and even laugh at the awful acts of the anti-Semitic soldiers, the disturbing turn from negationism to outright celebration doesn’t carry the weight that it should. 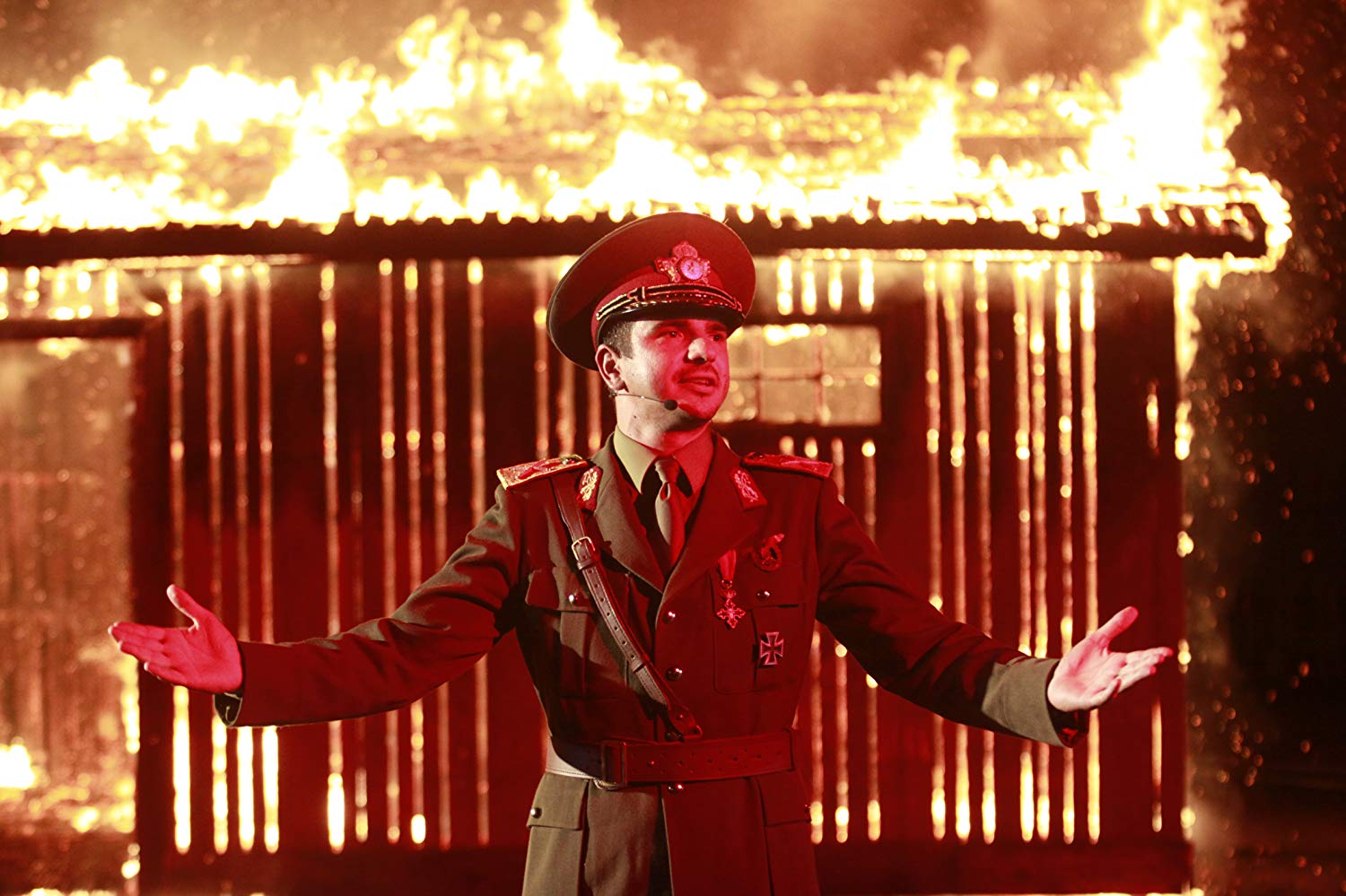 Elsewhere, the film is confused, operating as a documentary in many ways. It has narrative aspects, focusing on Mariana’s mental struggle over the course of her project, but fails to develop them fully. I Do Not Care If We Go Down in History gives so much detail about 1940s Romania, showing the horrible truth in an effort to allow and inspire debate, or simply to prove a point. In doing so, information can sometimes be presented bluntly, and a narrative arc gets lost beneath the facts. It is a shame to lose a keenly observed insight into the difficult life of an artist, especially given Iacob’s commited performance. I Do Not Care If We Go Down in History provides historical context of a brutal period not known to many, and facilitates a discussion of Romania’s pro-Nazi involvement in the Second World War. But narratively, Jude’s film achieves little.

Dan Sareen (@WanttheMoonCo) is a London based film critic and enthusiast. He regularly writes reviews for online publications including Flickering Myth and Culture Whisper. Dan is a lover of all genres, but finds particular enjoyment in crime movies.

Tagged as: Îmi este indiferent daca în istorie vom intra ca barbari, Comedy, Dan Sareen, Drama, I Do Not Care If We Go Down in History as Barbarians, Radu Jude