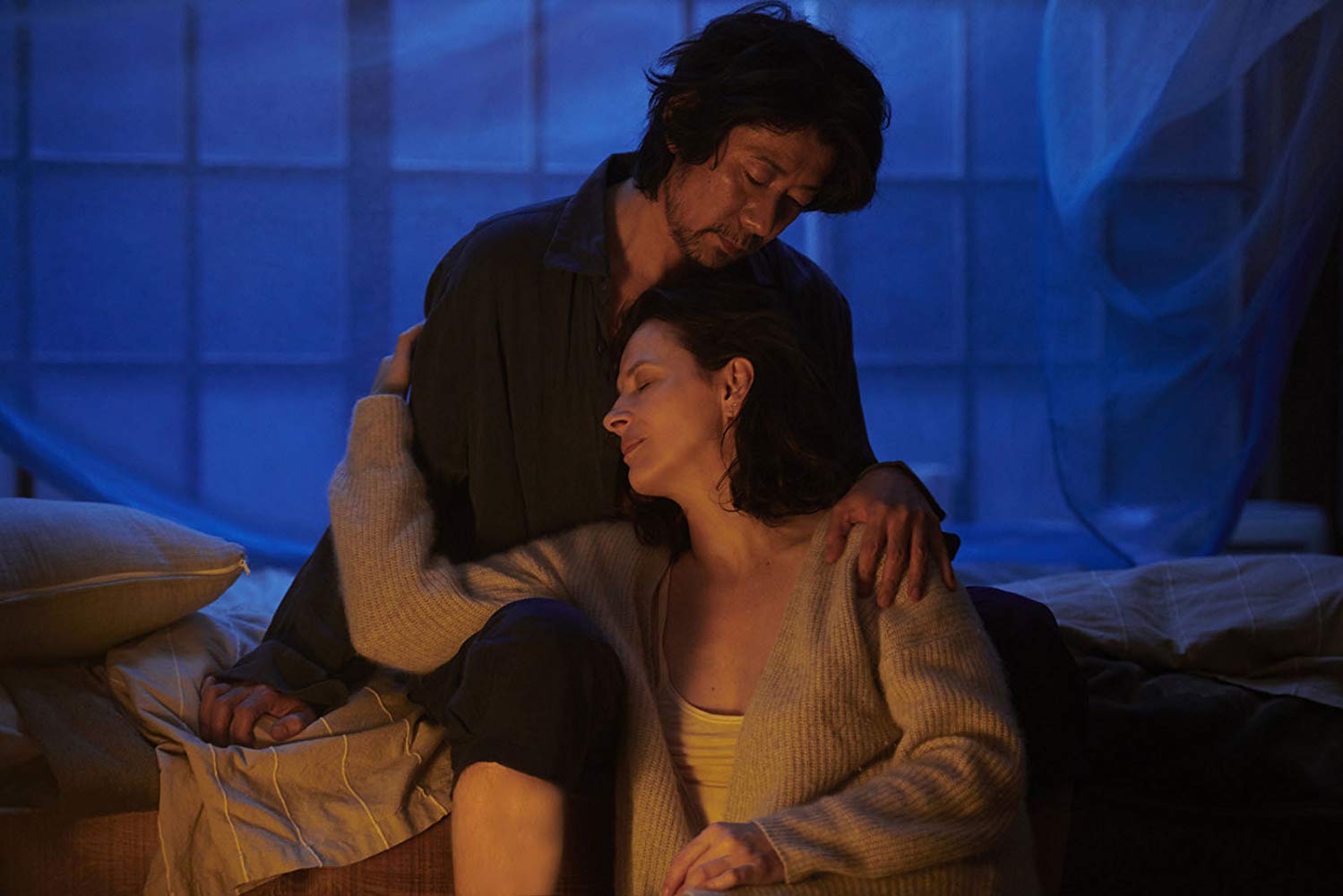 Undoubtedly, Naomi Kawase is a master at gazing upon nature and its wonders. Her latest effort, Vision, offers gorgeous shots of trees, lush landscapes and the ubiquitous sunlight filtering through leaves representing the ever so famous condition described by the Japanese word “komorebi.”  After years spent producing her own independent works shot mainly in 8mm, she jumped into her debut feature, Suzaku (Moe no Suzaku), winning the Caméra d’Or award at the Cannes Film Festival in 1997. Known for her interest in documentary filmmaking, Kawase began exploring the blurred space between fiction and non-fiction in her following films. Although not much is left of such a stylistic trait in her latest features, the director’s deep connection with nature (especially with the forests in the Nara region) make her style quite distinctive.

Light, sight and touch have stolen the limelight in Kawase’s recent productions. Whereas there’s an urgency to investigate sensory realms in Radiance (Hikari, 2017), Vision’s drive doesn’t come from the plot but rather from an ethereal aesthetic that Kawase forcefully pursues. The result is an overly self-conscious, spirituality-laden, almost inaccessible film that often crosses the threshold of a maudlin drama. 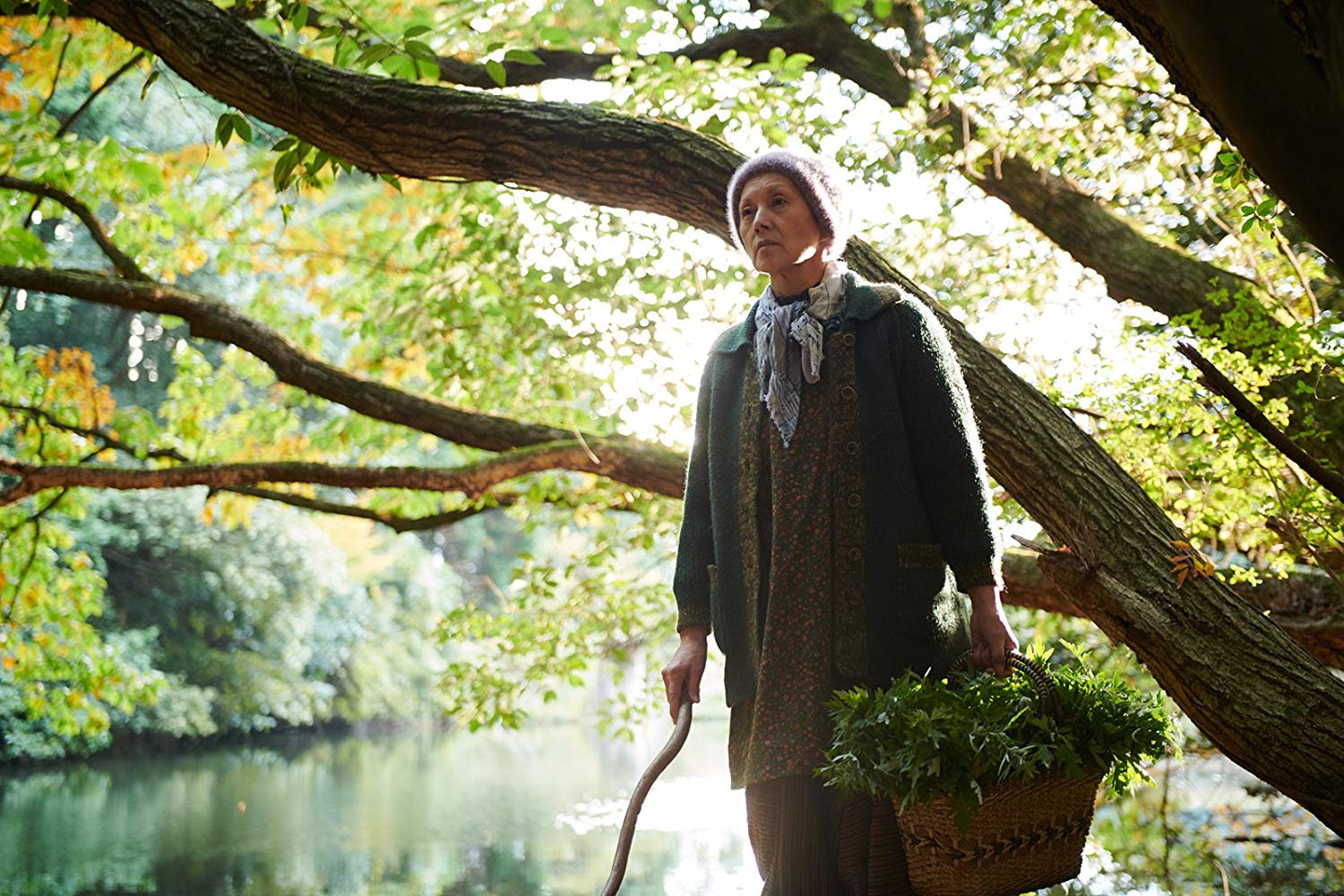 French essayist Jeanne (Juliette Binoche) has just arrived in Japan in quest of an herb (vision), which is said to release pain, weakness and despair from whomever consumes it. As vision appears once every 997 years, the moment of its return seems almost ripe. While waiting, Jeanne forges new relationships with Tomo (Masatoshi Nagase), the taciturn forest keeper, and his mentor Aki (Mari Natsuki), an evanescent and mystical figure who claims to be 1,000 years old. Upon her second visit to Japan, the woman finds that Aki has mysteriously disappeared and a young man (Takanori Iwata) is now living with Tomo. As the appearance of vision is imminent, past events resurface while time seems to be bending to the overwhelming power of the herb.

As soon as Jeanne appears on screen, it’s clear that Vision will be experienced from her perspective. Before the female’s gaze can lay upon the spectacular scenery the Yoshino forest offers to its visitors,  the woman is drawn to tears, it seems, at the mere thought of being in Japan. Much as this could be a natural reaction to travellers setting foot in the country for the first time, it’s rather curious how Kawase manages to deliver key scenes as if seen by a foreigner observer. Not only do talks on the flowing of time often feel vague and cloaked with ambiguity, but Aki’s Tai-chi-like forest movements also feel pretentious, as the land is culturally and spiritually inaccessible. It’s commendable that Kawase tries to bridge the gap between the West and the East by writing a story that attempts to transcend both time and any kind of racial differences. It’s unfortunate, though, that she tries to do that by boiling down her narrative of a spiritual quest to an even more mystic story of supernatural instances spotted with cheesy sexual encounters between both Jeanne and Tomo, and Jeanne and another mysterious man. What could have been an interesting take on motherly love ends up being only an airy knot difficult to untie.

RebScateni (@whateverren) is a film critic based in Edinburgh. She regularly contributes to Take One and other Italian publications. She’s a Japanese cinema enthusiast and usually ends up watching all the East-Asian films screening at festivals.