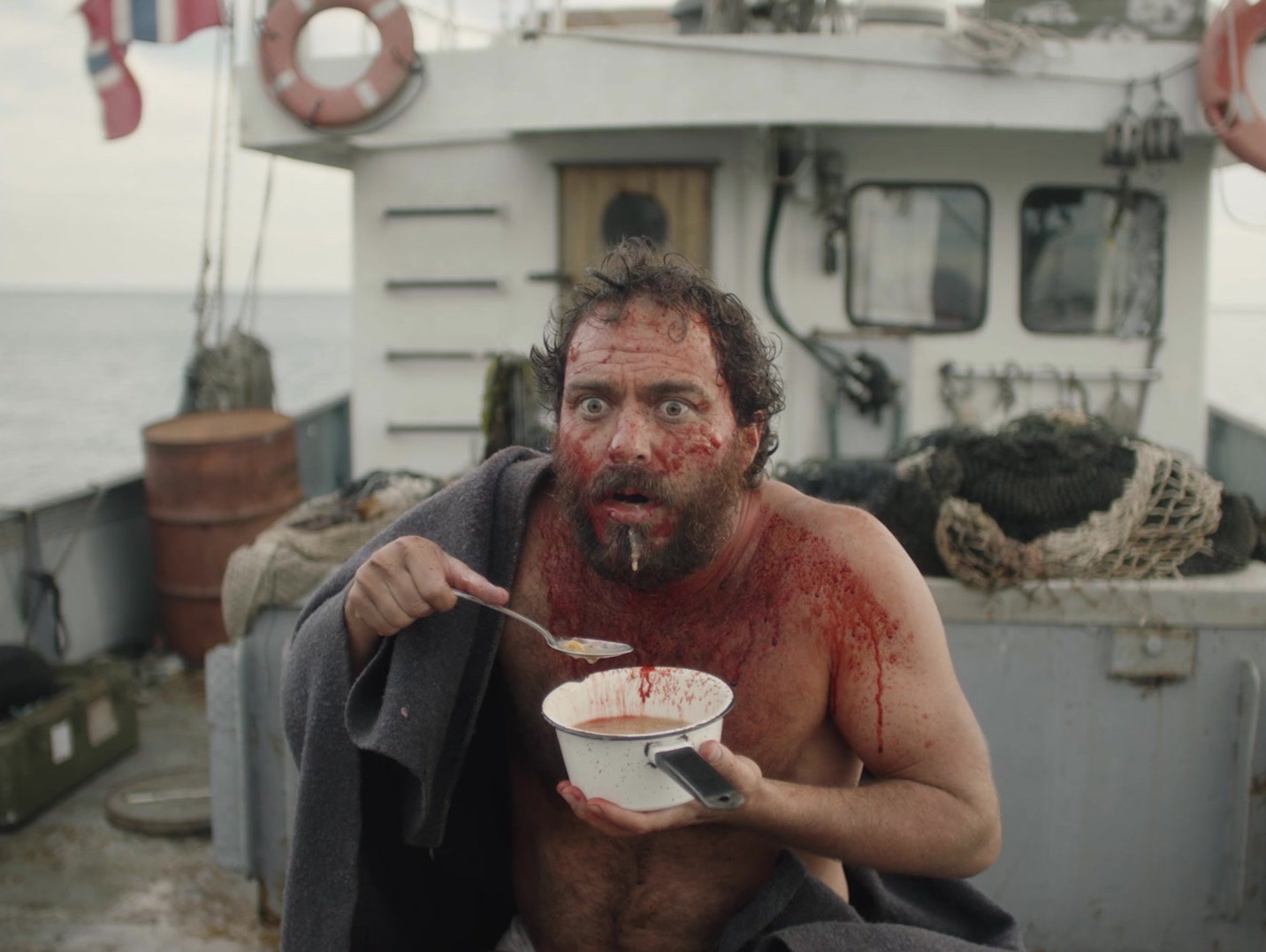 Vocalised language is a vital tool for human communication among the majority of our species — so much so that confrontation with speech we cannot comprehend renders the world a terrifying and unpredictable place. People are so dependent on their ability to convey meaning, purpose and desire with spoken words that we often forget just how dynamic human beings are as communicative creatures.

In their surrealist, kinetic short The Passage, director Kitao Sakurai and co-writer Phil Burgers strip away this essential tool from protagonist Phil (Burgers) as he barrels between disorienting misadventures. With zero context, the viewer is left to discern that Phil is on the run from a host of unknowable but shambolic villains, desperate to find refuge and connection in a multicultural world where he cannot use his own voice or decipher the noises made by the people he encounters.

An unhinged celebration of the American melting pot, The Passage knocks Phil from pillar to post in a series of episodic vignettes connected by space but separate in every other way. Unless the viewer is an adept linguist, Phil’s confusion is effectively realised by Sakurai’s decision to depict the maelstrom of Hispanic, Southeast Asian, African and Scandinavian dialects he encounters entirely without subtitles. Language becomes a flurry of bewildering noise, and the childlike Phil is forced to use more basic tools like guttural sounds and gestures to get by. 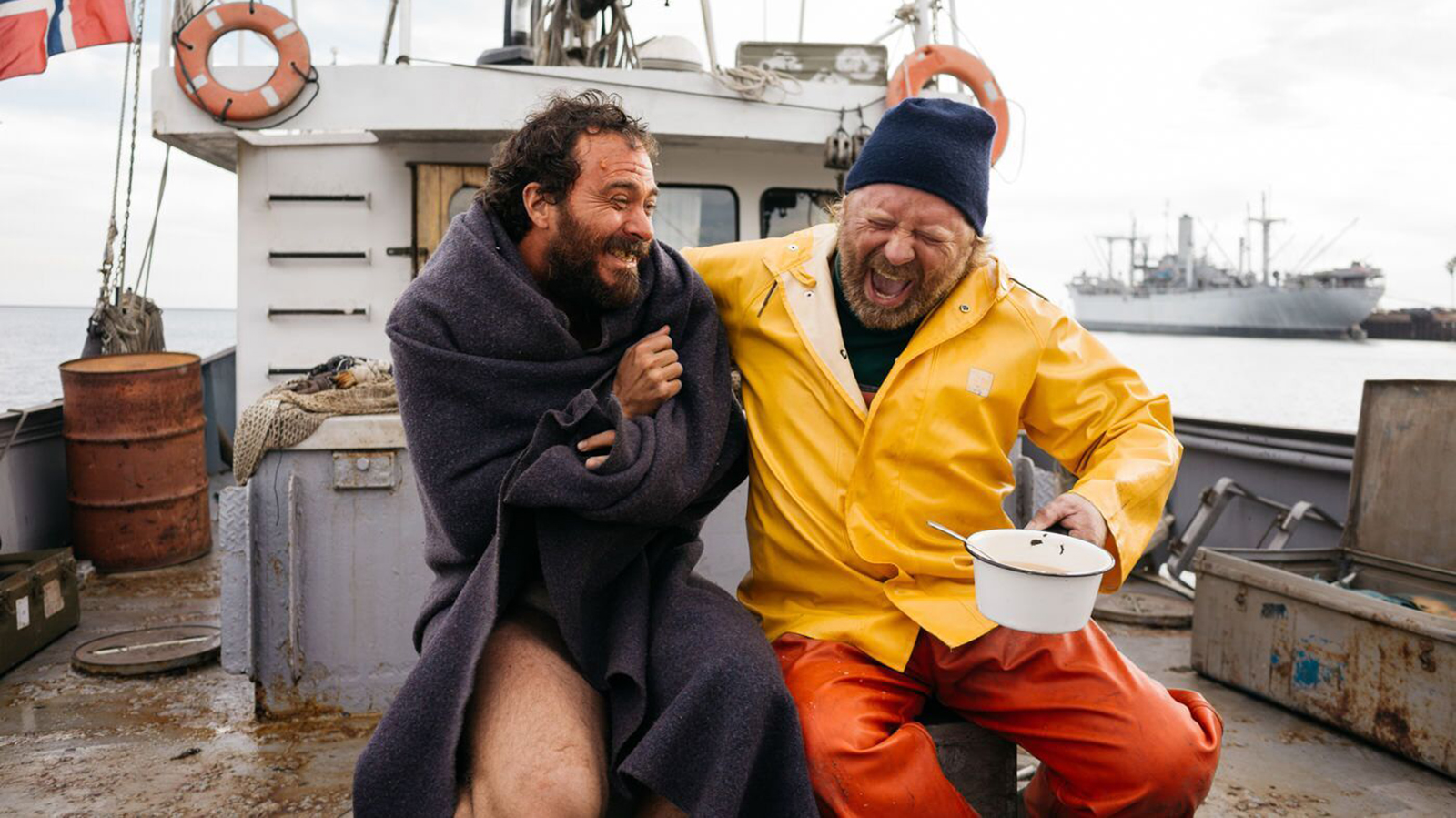 Burgers is an endearing lead. Agog and Chaplinesque, with more than a look of Joaquin Phoenix in Paul Thomas Anderson’s Inherent Vice, he gurns and pratfalls his way through shambolic chase scenes and off-kilter moments of slapstick absurdity.

More powerful, though, is his deftness in the quieter moments where he interacts gently with a spa masseuse (Krystel Roche) who speaks French and African dialects. They share a sweet, innocent bond, the joy of which is achieved without either fully understanding the other. When Phil joins her family in traditional dress for a vibrant, ill-defined party, he leans full-hearted and wide-eyed into the purity of human companionship. The sound bottoms out and Sakurai drops gears into contemplative bliss.

Clocking in at 22 minutes and coming from the minds of The Eric Andre Show’s veteran director Sakurai and production company Abso Lutely (Nathan for You), The Passage is ostensibly a TV pilot. With a gorgeous vintage sheen across its 4:3 aspect ratio, Sakurai’s short establishes a magical realist land that magnifies the burgeoning diversity of America today — along with all the confusion, preposterousness and sudden violence that comes with it. This provides a setting in which the silent era stylings of Phil’s ridiculous odyssey could conceivably play out ad infinitum, with viewers at once frustrated and elated by the absence of that essential spoken word.