A Woman’s Touch: The Trinity of the Body in ‘American Mary’ 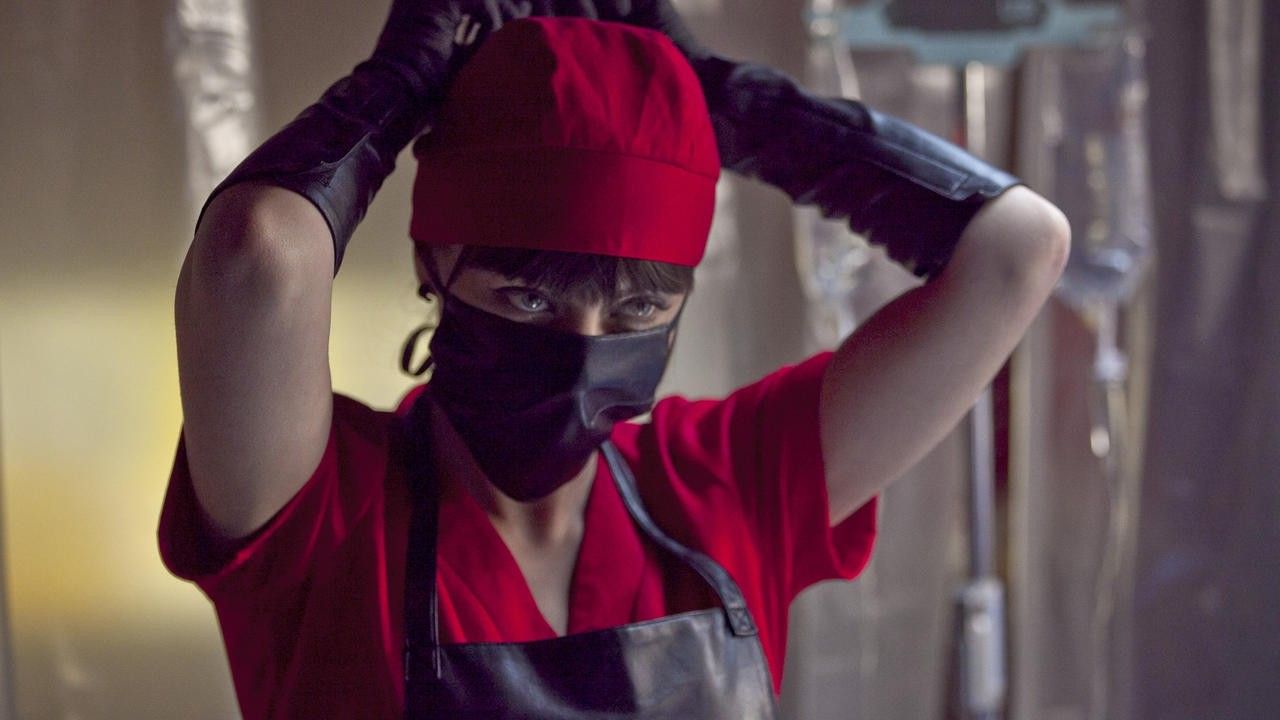 In terms of body horror, one typically thinks of David Cronenberg’s visceral films, linking mutation to power and sexuality. Perhaps Clive Barker comes to mind, too, with his works examining the relationship between pain and pleasure, and the near-religious transformative power of mutilation and torture. The genre largely deals with these themes and more, but they all share the common thread of horror through the destruction of the human form. The Soska sisters successfully incorporated this thread into a larger tapestry of rape-revenge horror, the monstrous feminine and Greek tragedy in their 2012 film American Mary.

With American Mary, Jen and Sylvia Soska present the story of a broke medical student (Katharine Isabelle as Mary Mason) trying to find success as a surgeon. Three major events alter the course of her life and catapult her into the world of underground body modification. In an effort to make ends meet, Mary interviews for a job at a strip club and finds herself suddenly hired to keep a torture victim alive for a night. Word gets around, and Mary is approached by a wealthy woman who wants her to perform some modification surgeries on her friend, “Ruby Realgirl.” Around the same time, Mary’s former teacher invites her to a small get-together of professionals, wherein she is drugged and raped. Mary’s career opportunity, and her rape, act as catalysts that set forth a series of events both empowering and horrifying.

Read More at VV — Not Your Trophy: Deer Imagery in Jordan Peele’s ‘Get Out’ 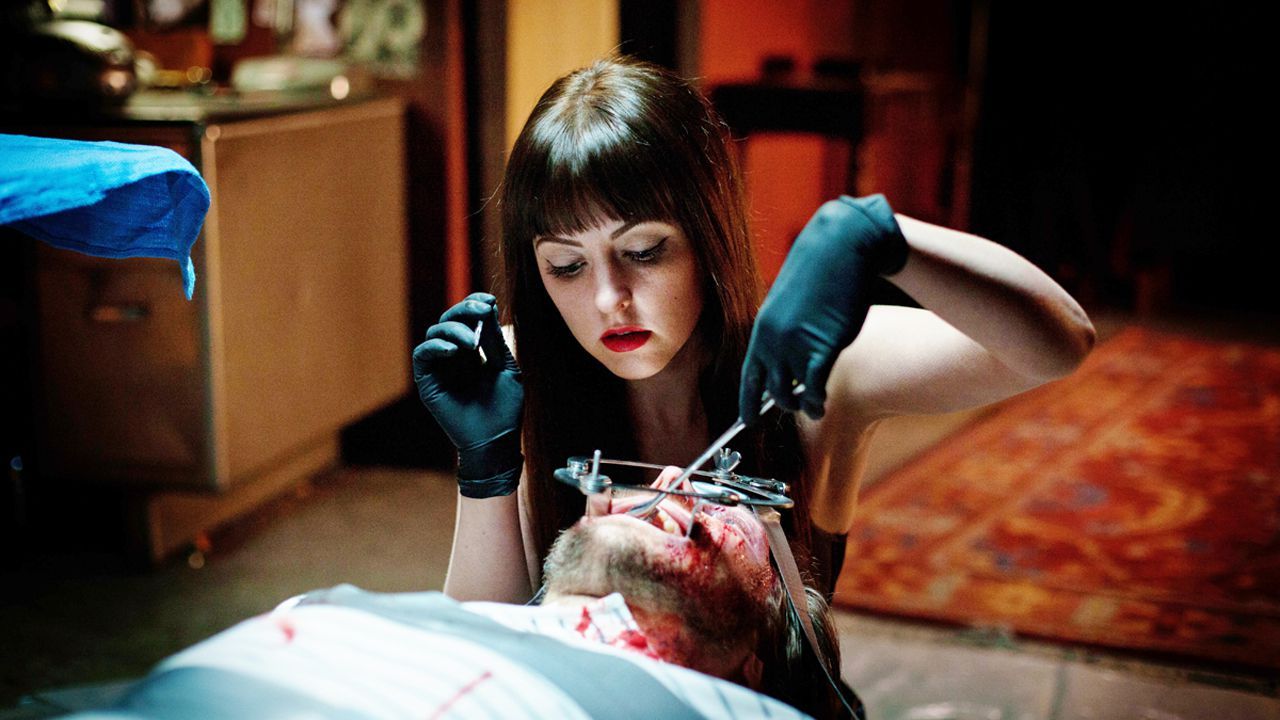 On the surface, the Soska sisters have written and directed a rape-revenge story in the vein of I Spit on Your Grave and The Last House on the Left, albeit with a more delicately handled message. Mary is, like any other protagonist in the genre, a bright-eyed doe who has dreams and aspirations. In this case, she aspires to professional greatness in the medical field (a field with leering doctors and condescending stares, according to the film), and she has the necessary grades. When her mentor, Dr. Grant, invites her to a small gathering of medical professionals, Mary jumps at the opportunity. With the money she receives from her unpleasant experience of saving a man’s life at the strip club, Mary purchases a beautiful, fancy dress for the occasion, hoping to turn some heads at the party. However, Mary gets more than she bargained for when she is drugged and raped by Dr. Grant. Her body becomes the source of her victimization, an object to be coveted and used in a gross display of power. Under the sway of whatever substance was put in her drink, Mary is helpless, and can do nothing but lay across the bed as her assailant does as he pleases, for as long as he pleases. Through her body, Mary has been utterly violated, and her suffering is compounded upon with the knowledge that Dr. Grant will walk away from it all scot-free, while she risks burying her career by speaking out.

Like most rape-revenge mainstays, more time is given to the karmic retribution in American Mary than to the rape itself. By the time Mary pays an enforcer to abduct Dr. Grant, she’s gained the viewer’s sympathy. In Men, Women, and Chainsaws: Gender in the Modern Horror Film, Carol J. Clover elaborates:

“For revenge fantasies to work, there must be something worth avenging – something egregious enough to justify hideous retaliation. In the case of rape-revenge films, that something has to do not only with rape, but with the power dynamic between men and women that makes rape happen in the first place and, in the second, that makes it so eminently avengeable.” 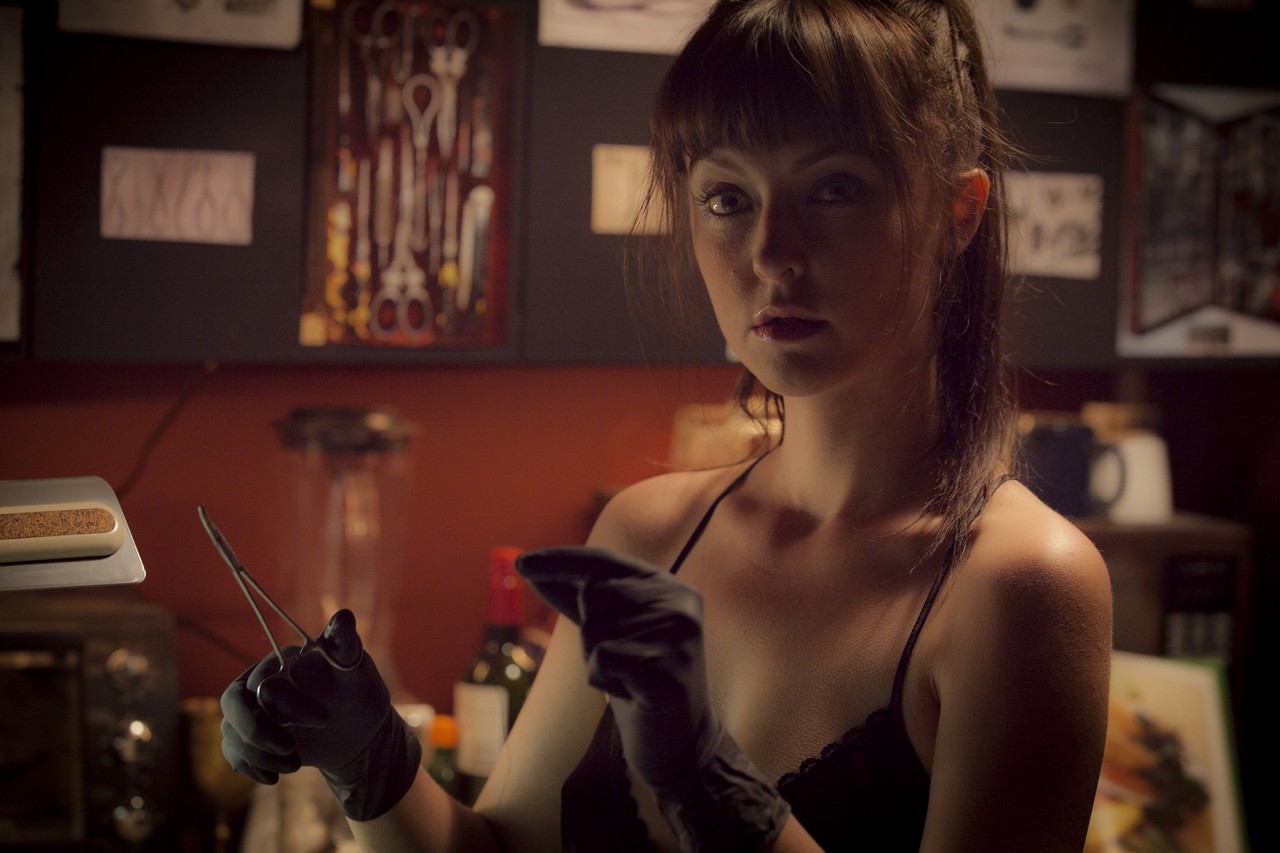 In American Mary, the  rape itself isn’t enough for Dr. Grant to deserve his punishment; he has to take full advantage of Mary’s physical, social and financial vulnerability — and keep her aware during the act, further holding power over her promising professional career. It doesn’t take long for Mary to make a call to an unscrupulous acquaintance, whom promptly administers a light anesthetic to subdue Grant’s power while keeping him cognizant. The tables have turned in American Mary; now Grant is helpless, and he can do nothing but lay there as his assailant does as she pleases, for as long as she pleases. As the woman holds him immobile (with the lovely accented use of a vaginal spreader to hold his mouth open), she nonchalantly explains what she plans to do to him that very night. Dental filing. Tongue-splitting. Genital modification. Amputation. Through the corporeal destruction of her rapist, Mary avenges herself, and does it with the employ of her greatest strength: her medical prowess.

After a few weeks, Mary has become a darling of the body modification community, running a not-quite-legal practice, performing off-the-books cosmetic surgeries, and she excels. As a firm believer in constantly working to improve one’s craft, she keeps Dr. Grant around for the purpose of practicing her surgical skills. The next time the doc appears in American Mary, he’s suspended from hooks, alive, in a cold storage unit like a piece of meat. The word “LIAR” has been carved into his forehead with precision. 3D horn implants protrude from his forehead. He has been silenced, his lips sutured shut. His arms and legs have been amputated. Mary takes pictures of her “work” with a professional camera sporting a phallic lens, further objectifying Grant’s figure. It’s no mistake that he is the one person Mary operates on in the film without consent. Mary administers torture coldly, but the Soska sisters avoid the femme castratrice stereotype (no easy feat with a character who actually mutilates the genitals of her assailant) by juxtaposing her cold, clinical wave of the scalpel with her serene, classical music-accompanied creation of art through body modification on her willing, paying clients. The simple polarity makes her a more tangible, tragic hero but doesn’t dilute her gradual loss of humanity in her journey towards retribution. Just as rape is often about the violent grasp of power between men and women, Mary’s vengeance represents her way of reclaiming that power, both in her invasion of the doctor’s anatomy, and her success as an underground surgeon outside of the patriarchal system that victimized her. In both cases, the body (non-consensually and consensually, respectively) serves as the tool for her revenge. 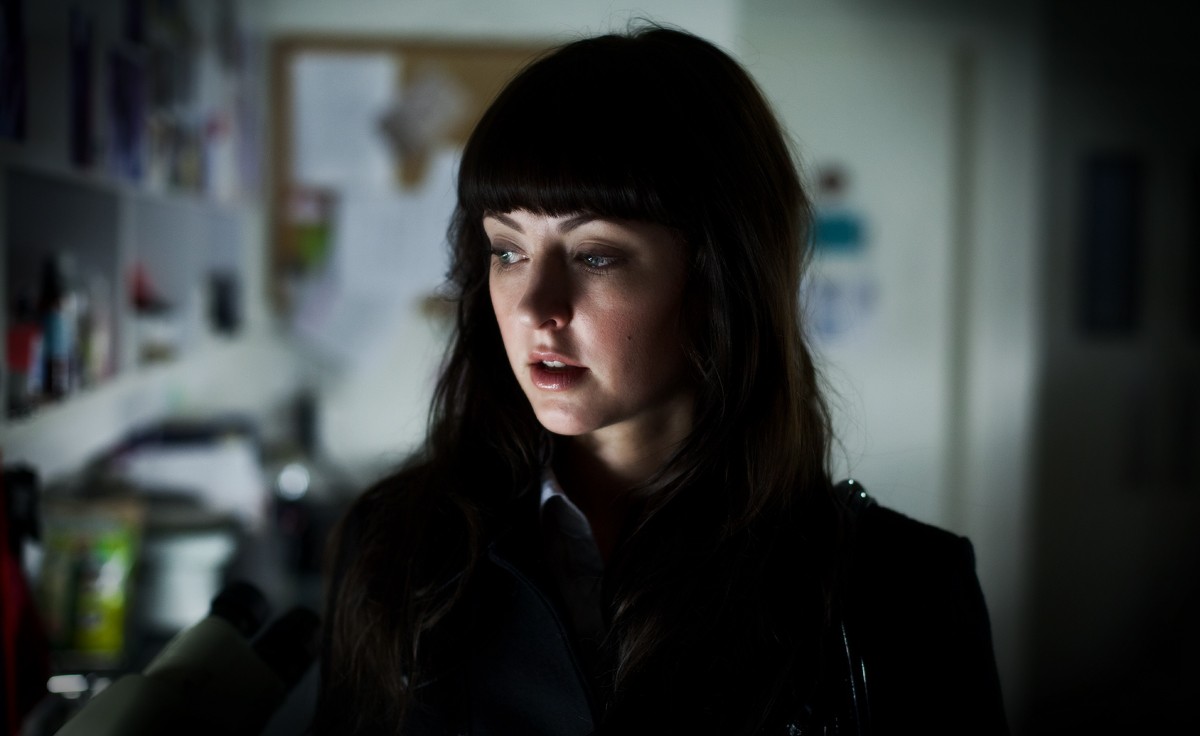 Unfortunately for Mary, the film also touches upon women’s agency over their own bodies and beauty standards, and some men don’t care for that. Early on in American Mary, one of the main character’s clients, Ruby Realgirl, requests an unorthodox procedure to render her sexless, like a Barbie doll. Specifically, she wants her nipples and labia removed to make her more doll-like. Mary agrees to do the surgery, and it’s a success. When Ruby reveals her new look to her husband, he doesn’t take it well. He’s enraged by this woman’s decision to alter her body in such a way that it effectively denies him sexual access to her. And so, he reacts with violence, beating the female financier of the surgery to near-death, then attacking and mortally wounding the surgeon, Mary. The protagonist’s greatest strength is her remarkable medical skill, and it fuels a climactic moment that would make Aristotle proud. Through her remarkable surgical prowess and constant desire to learn more and improve, Mary achieves a goddess-like status, only to have it all violently stripped away with angry penetration (this time with a knife) from another sexually frustrated man who would not take even the implication of “no” for an answer. Once again in American Mary, the body has provided the story for another narrative, that of the lead character’s own destruction.

American Mary is a bizarre masterpiece that examines the body in three forms: as a source of violation, vengeance and, ultimately, tragic downfall. The film at large is a rumination on women’s sentience, which sits at the crossroads of rape-revenge exploitation and body horror, two genres that have been mostly dominated by men. With American Mary, the Soska sisters tell a story that deserves a place alongside the likes of I Spit on Your Grave and Hostel in its bold but nuanced steps that push forward the genre entire.