‘Anonymous Club’: A Gift from the Rock Gods 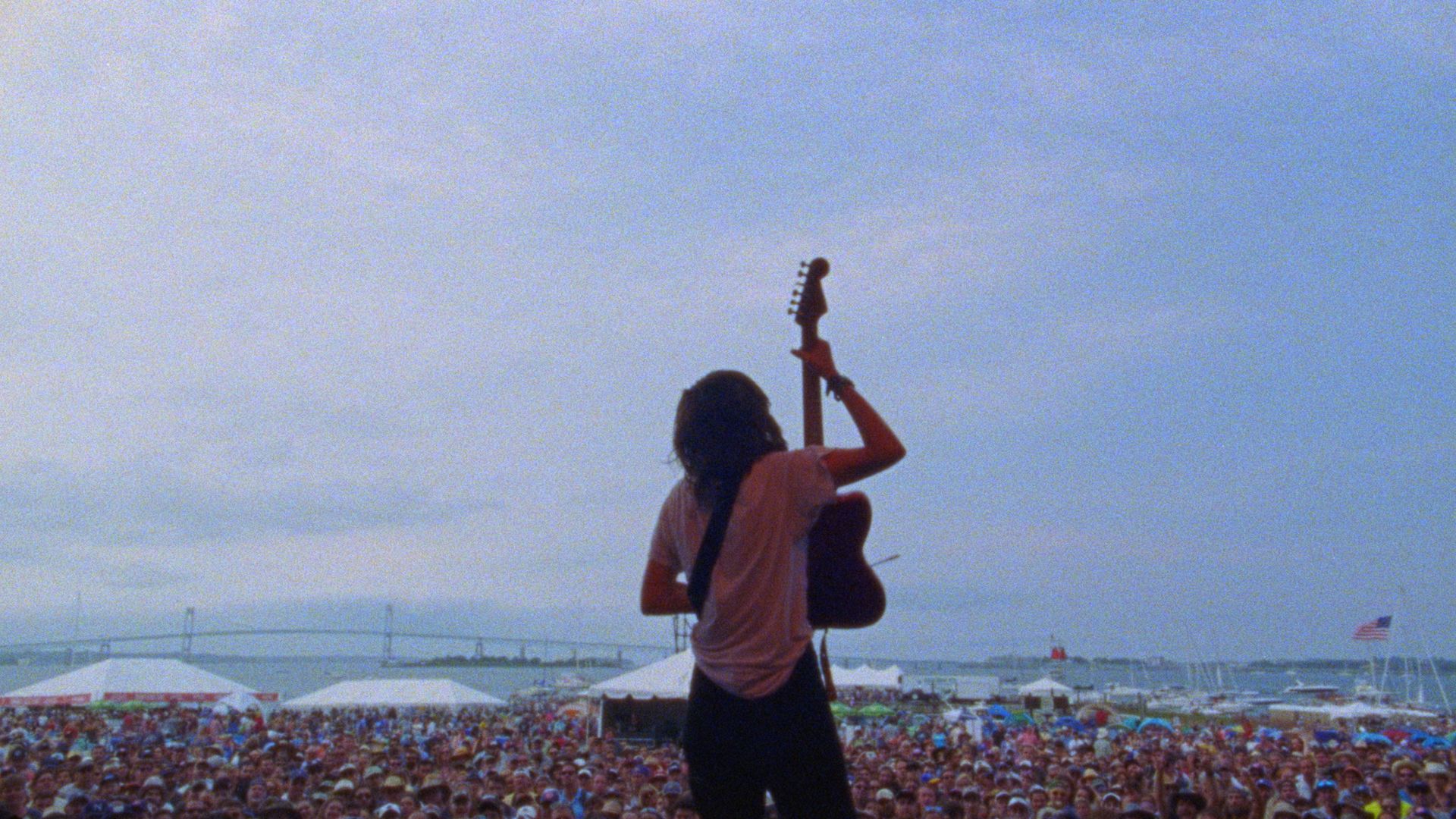 What do musicians owe their fans at live performances, aside from just doin’ the damn thing? For Courtney Barnett — the subject of Danny Cohen’s 2021 rock doc Anonymous Club — her “solo-tude” guides each show. She doesn’t avoid audience interactions like 81-year-old Bob Dylan (whose willingness to tour is indeed a gift to fans), nor does she thrash out while duck-walking like AC/DC’s Angus Young. Barnett just shows up and delivers the goods, and that’s often enough for adoring fans. Anonymous Club follows the Australian artist for three years as she records audio diaries and tries to find clarity/peace of mind while writing/touring.

Anonymous Club is a doc of dueling energies. Barnett acknowledges that she feels both “lost” and “grateful” after her 30th birthday. The musician wants to be a “strong, forceful communicator” but ends up crying on stage during a live performance. All of this happens in the first section, “You Must Be Having So Much Fun.” The takeaway: Barnett’s dueling energies allow her to be authentic on stage. Fans get what they pay for, just like Dylan fans get what they pay for. Anonymous Club’s four-act structure emphasizes a push-pull dynamic within the artist’s musical life; she’s drawn to creating and revising in familiar places but feels inclined to engage with curious fans. Cohen poignantly investigates the anxieties of an untraditional rocker who is expected to fulfill traditional industry duties. (Barnett founded her own label, Milk! Records, in 2012 and released music from her bedroom.)

Anonymous Club Review: Related — Soundtracks of Cinema: ‘I Used to Be Famous’ 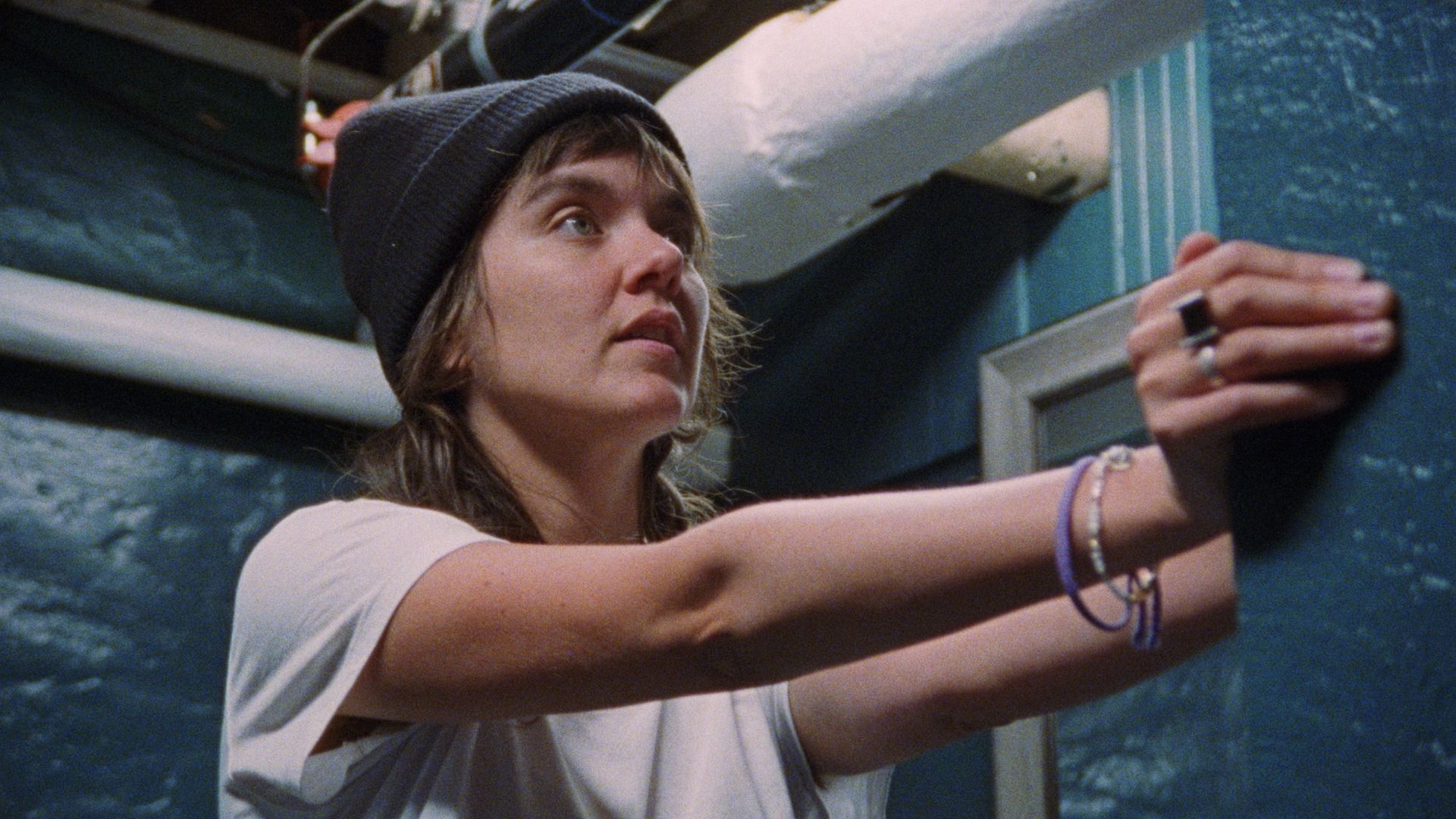 Anonymous Club’s visual design aligns with Barnett’s roaming mind. She stands before both a sea of fans and a blue-pink sky. She is “lost” yet still in harmony with Mother Earth. Cohen opens the doc by acknowledging the “Traditional Owners of the lands” before politely warning viewers that some visuals might melt their faces off. A stylish first-act montage educates the uninformed about Barnett’s lifestyle, and the subject’s modest appearance (beanie, white tee) offers more clues about her point of view. Barnett doesn’t talk about her personal life much in Anonymous Club, although she does discuss the difference between “love songs” and songs about “being a loving person.” Barnett’s collective commentaries suggest that she’s happiest when working through songs, in the comfort of her own home, and doesn’t have to talk, talk, talk. By speaking less, she theorizes, one can learn something about “the bigger picture.” And isn’t that what makes Dylan concerts so special? Phones down, eyes up; fans enjoying and listening to the music — to the arrangements, to the little things… everything that matters more than corny jokes and recycled anecdotes. (Can you tell that I often find myself defending Dylan?) 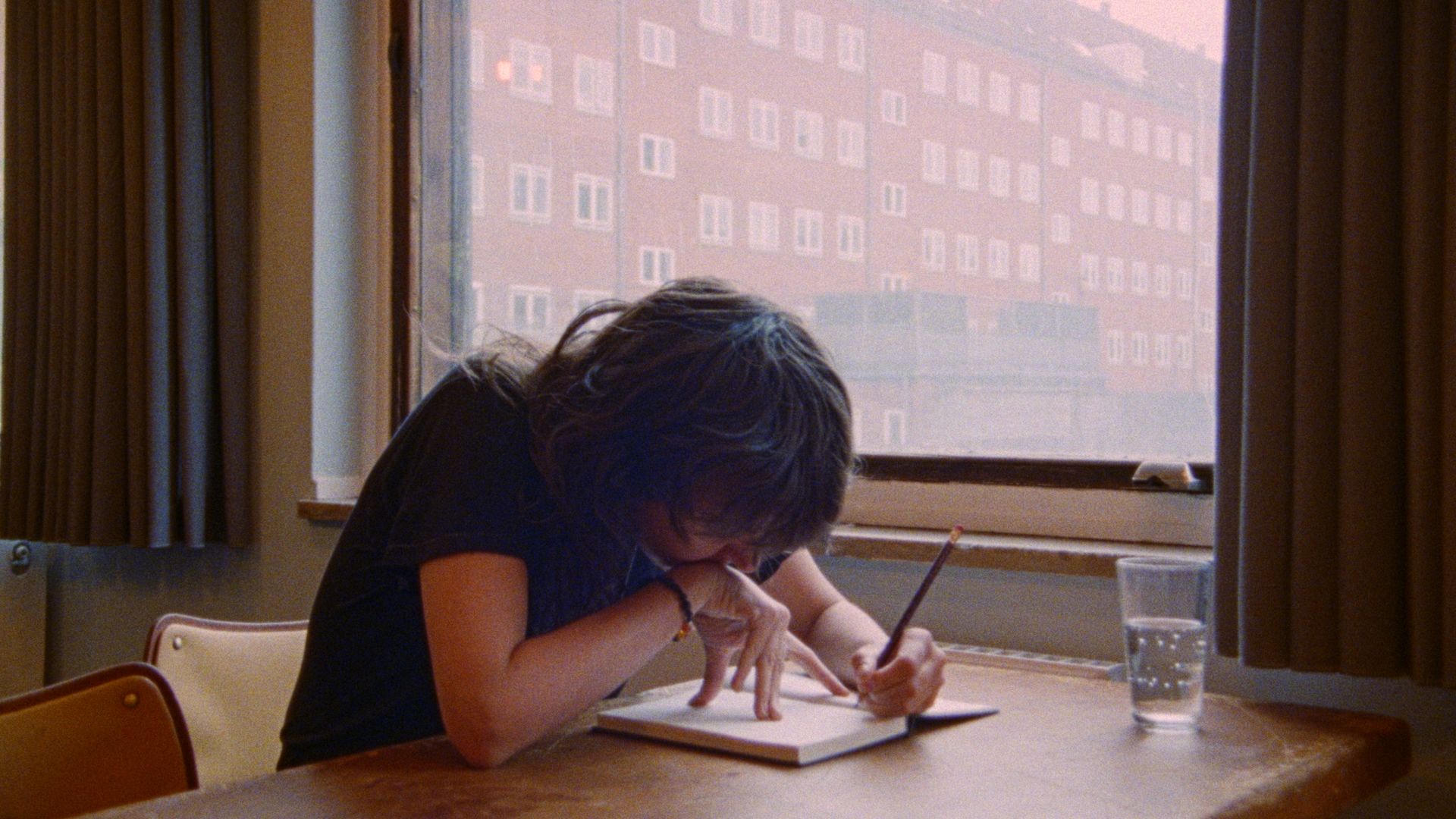 All throughout Anonymous Club’s 83-minute runtime, Barnett struggles to identify her purpose while continually moving forward instead of backward, simply by doing the work. The film’s universal themes will resonate with anyone who actively tries to understand the cosmic horror that inevitably finds its way into our collective unconscious, into our existence as humans. Fortunately, Anonymous Club isn’t a day-in-the-life doc; the film doesn’t repeatedly return to the subject’s skepticism during her darkest days. Instead, Cohen reminds viewers that just as the night sky turns black, the sun also rises in the morning. And what a gift that is.