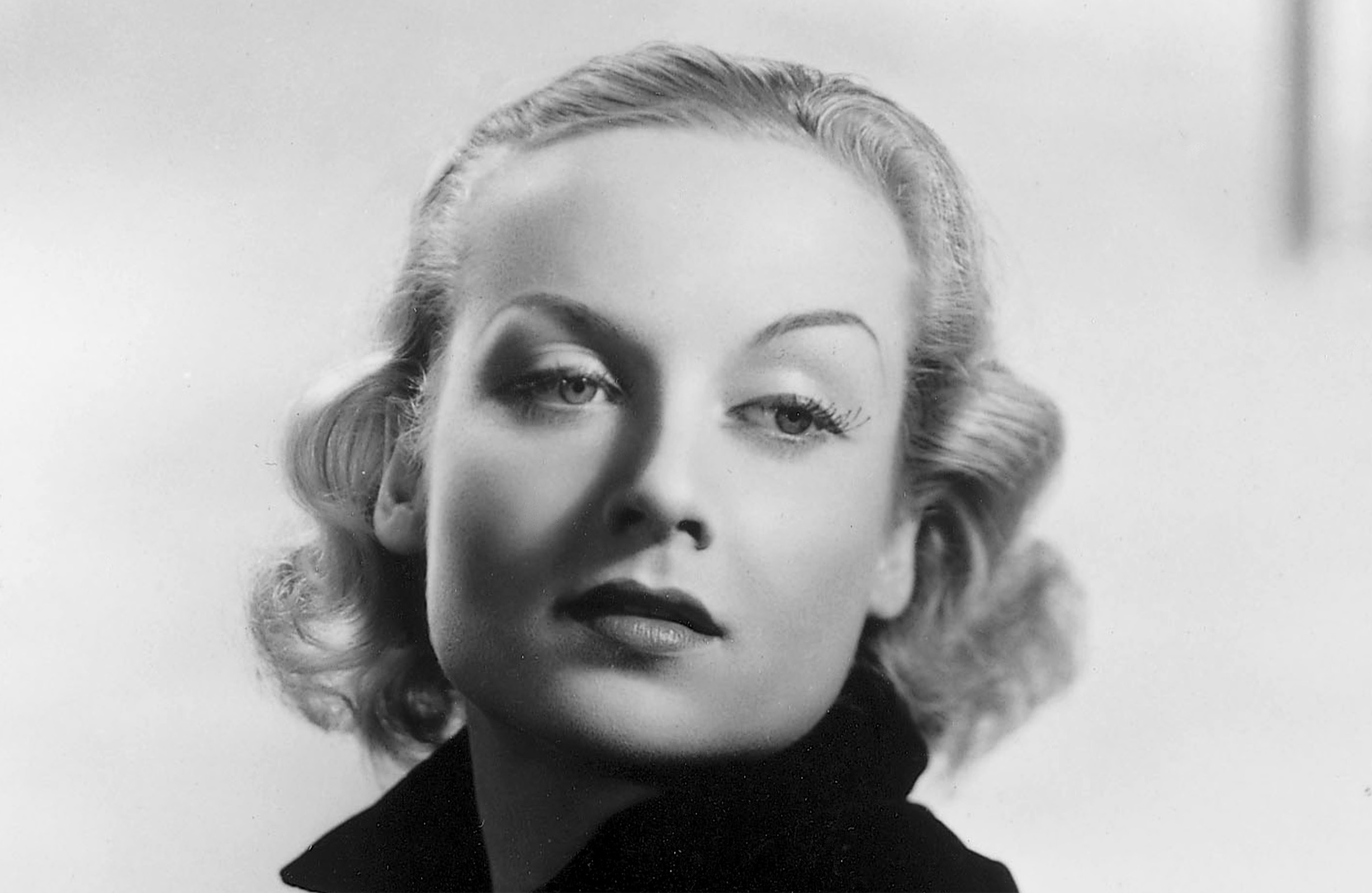 The received wisdom is that an actor’s performance is often “made” in the edit, as the collation of takes, moments and gestures that form the patchwork of set life become welded into something resembling a film with a plot, characters and an ending. Watching the Carole Lombard films that formed one-third of the retrospective strand at Berlinale 2022, I began to wonder if that is at all true. The strand, entitled “No Angels,” focuses on the screwball comedies of Lombard, Rosalind Russell and Mae West at the height of their respective fame in the 30s and 40s Hollywood, with each film being a perfect riposte to the idea that the quality of a performance is defined in the edit.

Born Jane Alice Peters in 1908, Carole Lombard rose to fame in the early pre-code talkies, courtesy of her risqué roles and sharp, pointed way around a good line delivery. By the mid-30s, after the actress’ major breakthrough in No Man of Her Own (1932), she was one of the biggest stars in Hollywood, producing hit after hit, many of them screwball comedies that gave Depression-era audiences respite from the drudgery of the day. Lombard remained at the top until her tragic 1942 death in a plane accident.

Is the idea that a performance is made in the edit a misnomer to give credit back to the perceived “auteur” of the film? Is it simply that, in the more edit-heavy filmmaking landscape of today, directors have forgotten how to frame actors and allow their personalities to breathe? Is it simply that actors like Carole Lombard and Russell were just a cut above their peers when it came to the basics of professionalism, line delivery and timing, therefore giving their directors and editors less work to do?

The average shot length of any screwball or romantic comedy from the 30s and 40s is vastly longer than the average shot length found in a film today. That holds true even in productions that lean more romance than comedy, such as the superb Hands Across the Table (1935), where you might expect the quivering close-up to be used more frequently. Yet, Carole Lombard’s softer moments alongside Fred MacMurray are still mostly played in medium and long-shot, only rarely cutting in. In keeping those close-ups to a minimum, their eventual appearance feels even more immediate and powerful, teasing viewers with the full glory and range of emotions that light up Lombard’s face — a picture of steely intelligence and determination, but also classical Hollywood glamour. 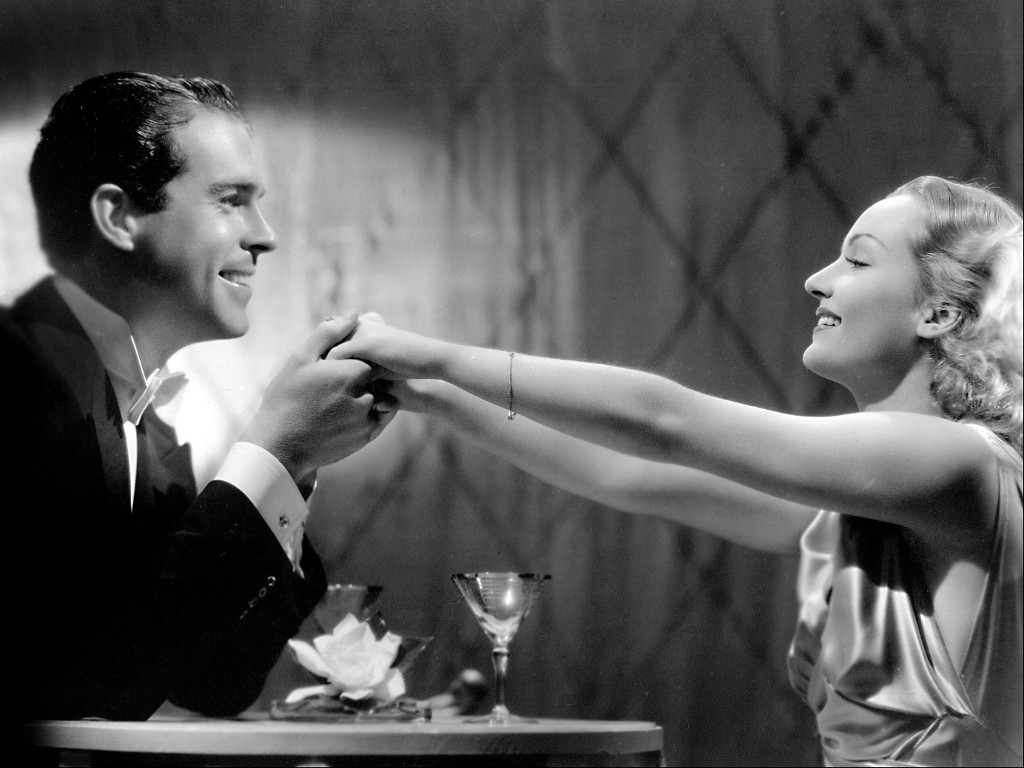 Carole Lombard’s roles could shift from the manic and demented (Howard Hawks’ 1934 film Twentieth Century) to the swooningly romantic (Hands Across the Table ). Yet, the way each director opts to work with Lombard and her male co-stars remains reasonably consistent: shoot mid and long-shots, and allow the characters to interact with each other within the frame — action and reaction within the same moment. Doing so allows spontaneity to take hold of the screen. Suddenly, the script seems like it’s being improvised on the spot, with all the nuances of timing, response and reaction that make for a great comedic performance allowed to stay within a frame. No wonder so many much Hollywood studio comedy feels so damp when compared to the screwball classics — it’s so much easier to generate the spontaneity behind great laughter when it’s there in the frame in front of you, instead of rescuing it from a litany of takes and finding the exact right second to cut. To do so is a fool’s game!

Across the “No Angels” strand, Carole Lombard emerges as an actress with a modern sense of performance; here was a leading lady with many of the traditional Hollywood qualities (beauty, glamour, elegance) but capable of taking roles that teased and bent and flexed her star persona. She could play a ditzy and selfish character (Nothing Sacred, 1937), an arrogant diva (Twentieth Century), a brutal and economic hustler (Hands Across the Table) or a wholesome and naive individual (True Confession, 1937). But if one characteristic reappears across the entire set, it’s a humorous self-absorption and dreaminess; there’s enough of the former, maybe, for Depression-era audiences to laugh at, and enough of the latter for them to float along with.

What’s remarkable is how often Carole Lombard’s performances would themselves delve into performativity and deception. In True Confession, she plays a woman wrongfully accused of murder. The character’s husband (Fred MacMurray), a criminal defense lawyer who refuses to represent anyone he believes is guilty, defends her on his sincere belief that it was in self-defense, which Lombard’s Helen Bartlett gamely plays along with. The defense is successful and the case becomes a nationwide story, leaving the protagonist to keep up appearances. Similar games are afoot in Nothing Sacred, where Lombard’s Hazel Flagg comes across down-on-his-luck newspaperman (Fredric March was Wally Cook) and claims that she’s dying from a terminal illness. Wally takes up her case, and again, Lombard’s character becomes a nationwide sensation, forced to keep up appearances. Even when it’s not the actress constructing a persona-within-a-persona in the film, it’s somebody else lying to her (Fred MacMurray pretends to be a rich playboy in Hands Across the Table). 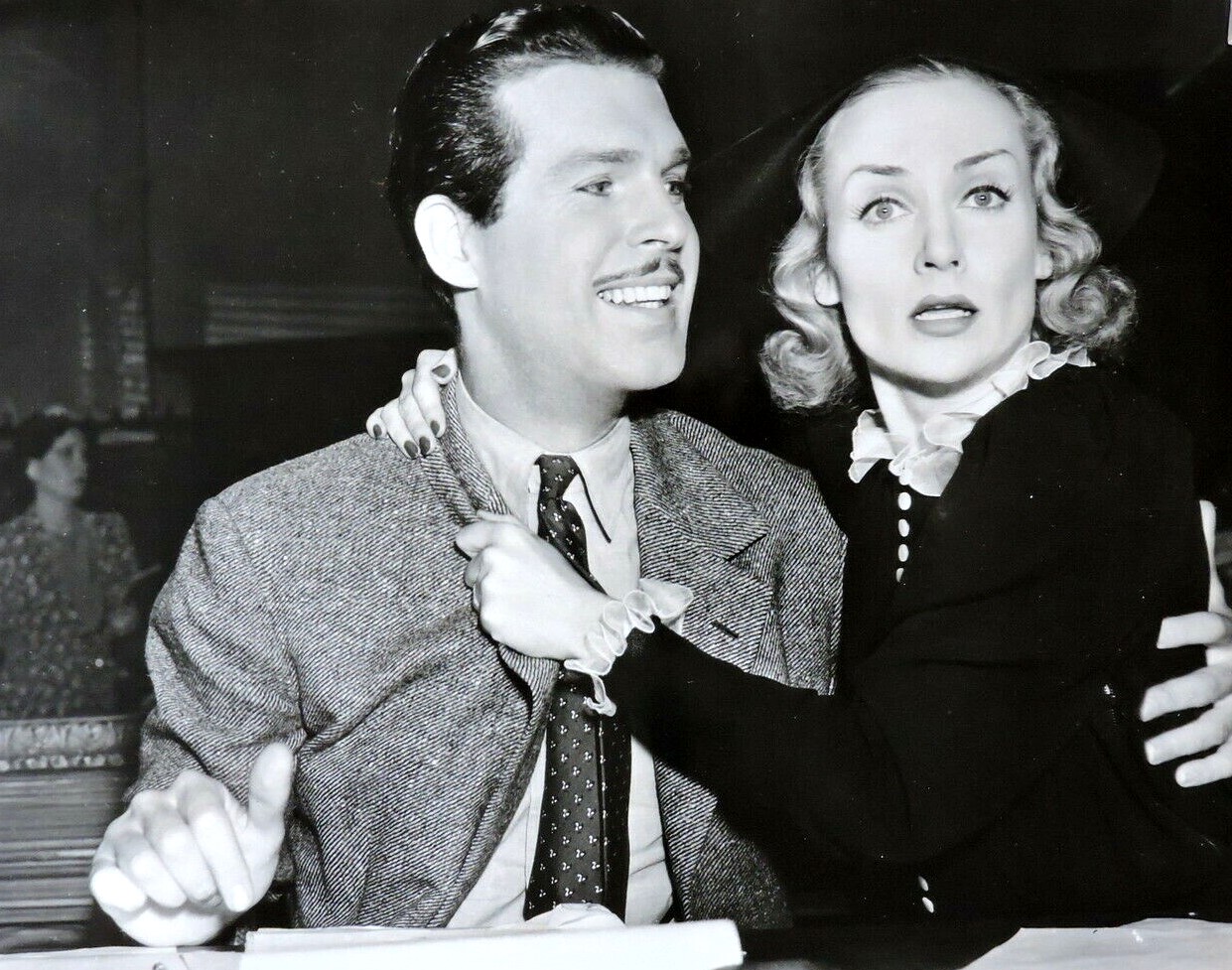 This is all evidence of a performer with a keen sense of irony, looking for roles that would allow her to play with audience expectations by constantly upending the viewer’s sense of who is performing what role and for whom. Carole Lombard’s performances — even when placed in manic films such as Twentieth Century — are so often understated that you barely even notice half of the choices made. As with so much of the best cinema, the magic of it slips underneath you, barely recognized until long after the fact.