‘Cosmic Dawn,’ Supernovas and the Dangers of Homage 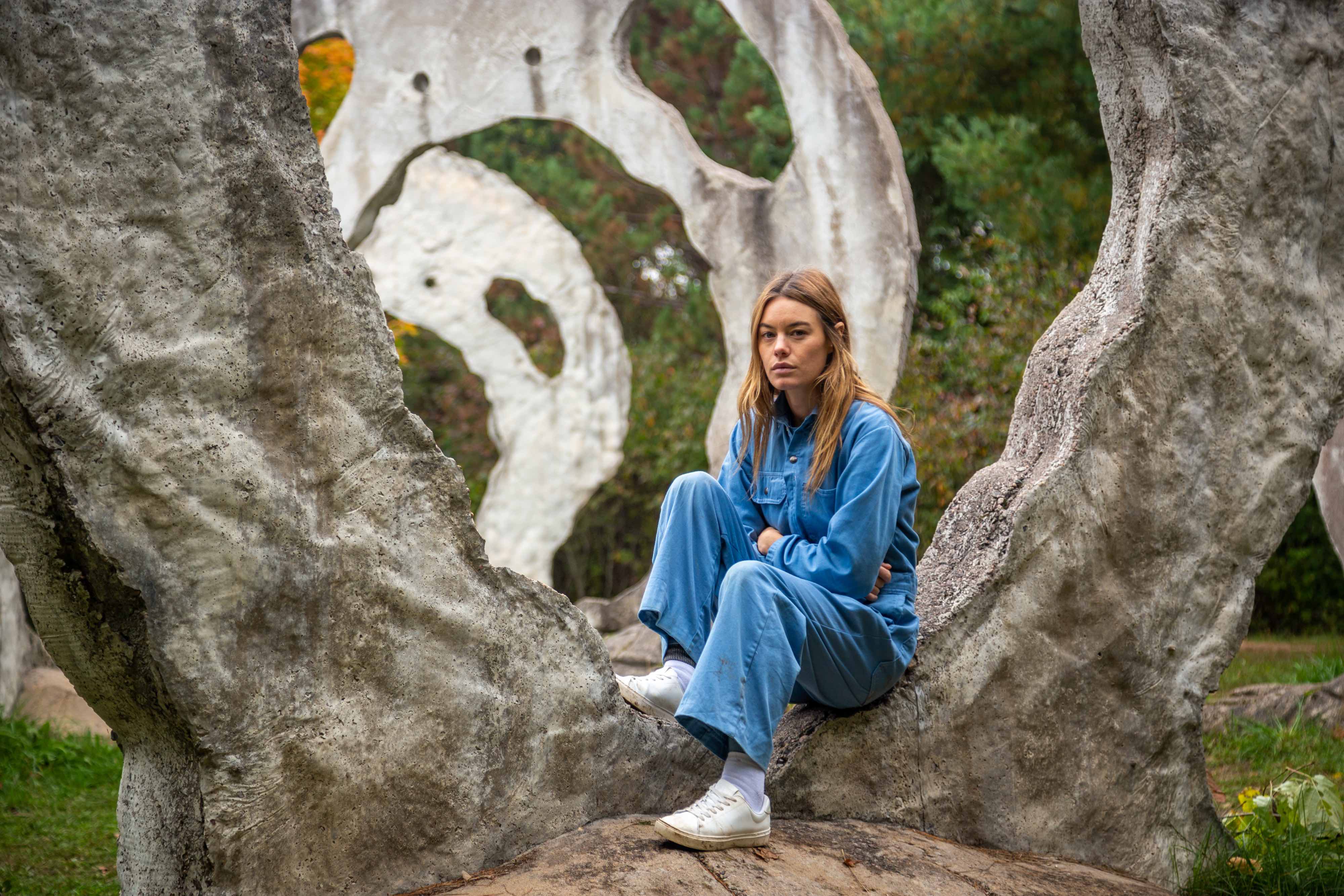 Let me first say that Cosmic Dawn isn’t a bad film. There’s nothing inherently offensive and/or rancid that makes Jefferson Moneo’s 93-minute flick unwatchable. Cosmic Dawn works as a passable midnight movie. It’s a counterpoint to pessimistic and gory genre films; its themes of faith and destiny make the North Dakota winter feel a little less cold. But whenever I come across a genre film that opens with heavy retro aesthetics, I eagerly await a double dose of raw filmmaking; an antidote for the poison of recycled retro trends. Some pictures rely on strong performances and a clear sense of directorial form. Others complement a tight script with immersive aesthetics and big cinematic moments. For a somewhat recent example, see Panos Cosmatos’ 2018 film Mandy. With Cosmic Dawn, Moneo steadily distracts from the organic flow with not-so-subtle homages to science fiction classics, and thus limits the film’s potential while taking away from a trifecta of wonderful female performances.

Cosmic Dawn begins in June 1997. During a camping trip, a mother named Iris (Amy Matysio) urges her young daughter, Aurora (Rachel Pellinen), to stay up for a lunar eclipse. A bright light appears, the girl screams and a stylish title sequence transports viewers to the present day. Aurora, now an adult drug addict (portrayed by Camille Rowe), receives therapy and reflects about her missing mother. At Equinox Bookstore, she befriends a kind-eyed librarian, Natalie (Emmanuelle Chriqui), who later introduces her to a mystic named Elyse (Antonia Zegers), the leader of a forest community that uses Mother Earth to connect with the cosmos. Cosmic Dawn follows Aurora as she learns about “ancestral witnesses” from Natalie and the mystifying Elyse. 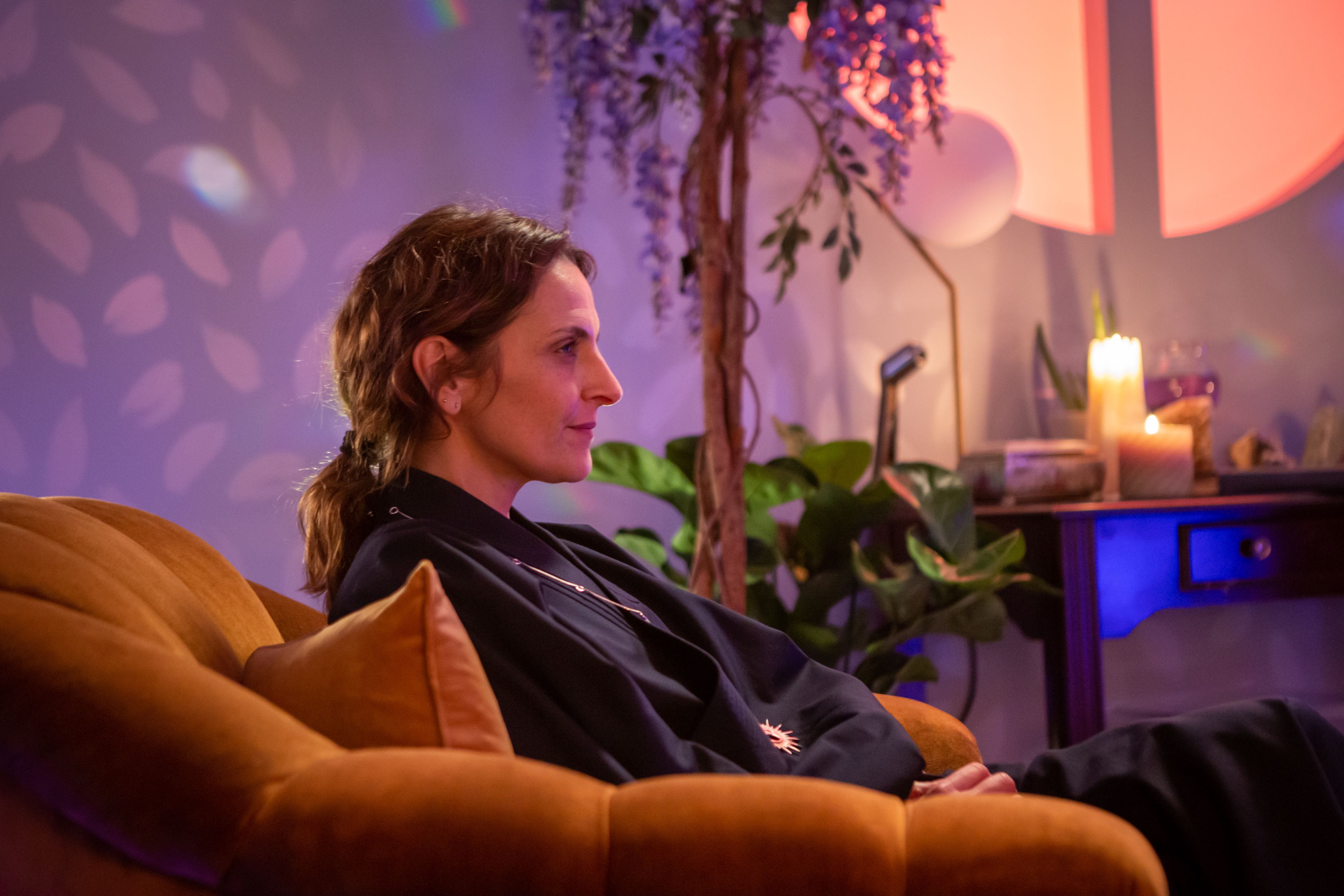 To me, Cosmic Dawn’s storytelling feels organic and appropriately restrained. A four-year time jump disrupts the flow a bit, yet it helps explain Aurora’s motivations after a troubling experience. But if the narrative benefits from a natural fluidity — which thematically aligns with the Mother Earth/cosmos premise — the film at times feels quite amateurish because of Star Wars-like editing wipes accompanied by R2-D2-style sound design. After the first cinematic nod, all the little homages feel clunky: Star Trek-like hand signals, cult leader cliches, archetypal characters with nothing to say. Even a group dance sequence feels too on-the-nose when compared to flower child flicks of the past or folk horror classics, perhaps because Rowe’s Aurora looks like an almost-committed Charles Manson follower, a lost time traveler from Quentin Tarantino’s Once Upon a Time in Hollywood. To Moneo’s credit, he subverts expectations with subtle genre homages. A supporting character named Dieter (Philip Granger) feels like he was plucked from a West Texas slasher film, and a musical public announcement moment oozes with Lychian vibes. As a viewer, I prefer these moments to the more obvious pop culture references. As for Rowe, she is framed beautifully and elevates several scenes with Aurora’s roaming eyes and skepticism. It’s not necessarily a role that allows the character to work through emotional issues — which in turn produces big acting opportunities — but rather a role that one harmonizes with, whether it’s the actress or the audience.

In December 2018, after watching Hospitality, I argued that the aforementioned Chriqui needed more thriller roles. Since then, the Entourage star has appeared in the thriller series The Passage and the franchise series Superman and Lois. She also landed parts in the films The Knight Before Christmas and Die in a Gunfight. Based on Chriqui’s performance in Cosmic Dawn, I hope that she continues working in the thriller, horror or science fiction genres. Her stripped-down naturalism makes the film’s most chaotic moments especially effective. Whereas Hospitality required a stern yet endearing performance as a protective mother, Cosmic Dawn affords Chriqui more acting opportunities as a mentor figure/mother in spirit with an agenda to protect. She capitalizes on her naturally pleasant demeanor — kind eyes and a soft voice — and then accentuates the more complex aspects of the character, whether it’s an intimidating glance or a look that communicates unresolved emotional trauma. Zegers arguably provides the most visceral performance in Cosmic Dawn, due to her penetrating eyes that often seem more inquisitive than threatening. This constant push and pull benefits the final act and complements a low-key brilliant character interpretation by Joshua Burge as Natalie’s husband Tom, who mostly stays in the background as his wife’s spiritual journey intensifies. Chriqui has portrayed plenty of sexy characters over the years, but she’s arguably most stunning when playing it natural. In Cosmic Dawn, Chriqui brightens the frame and explodes like a collapsing star; a supernova performance that ebbs and flows with unique sound waves. 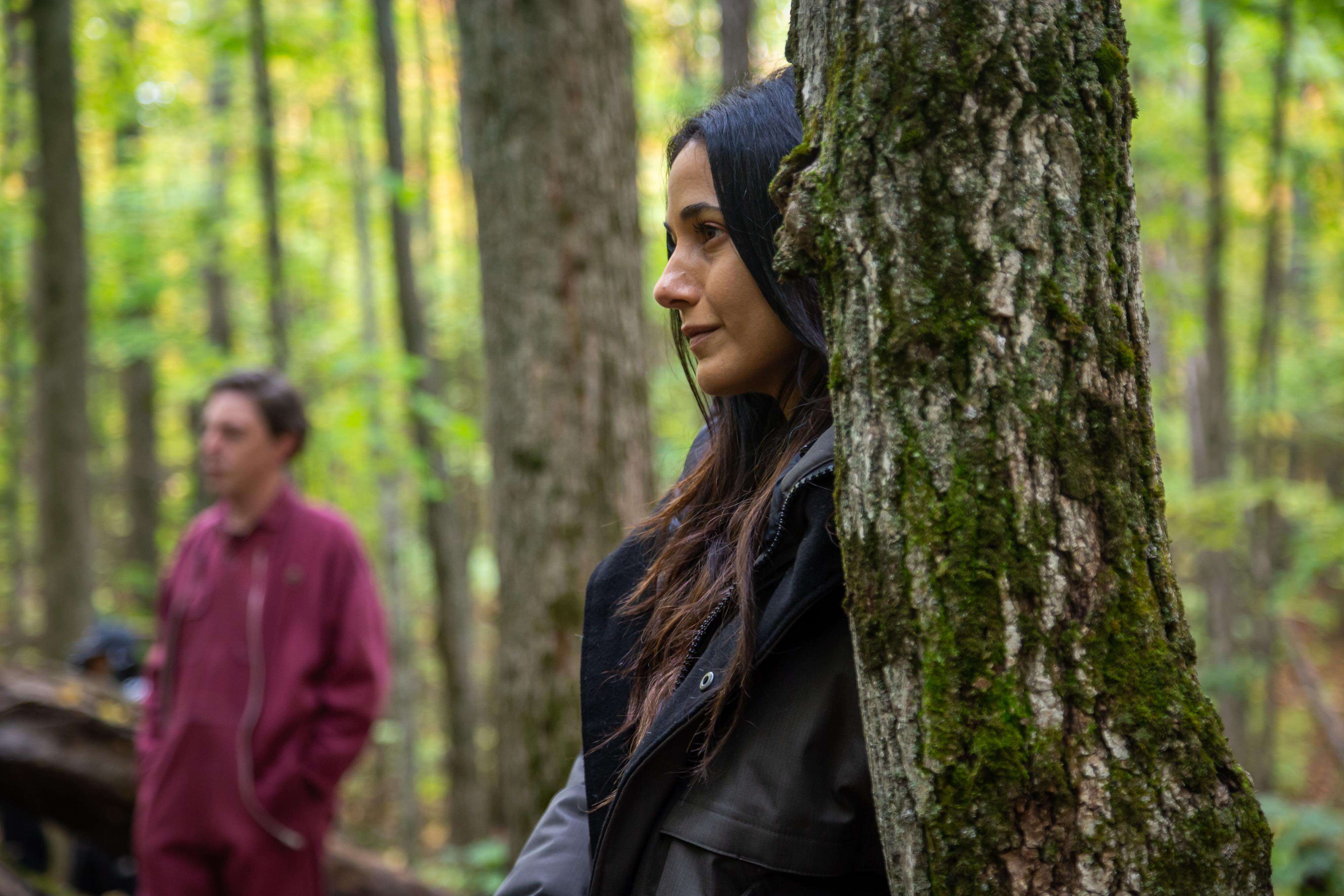 Again, Cosmic Dawn isn’t a bad film, it’s just not better than anything that’s already been made by the filmmaking team of Brit Marling and Zal Batmanglij (Sound of My Voice, The East, The OA). I applaud the popcorn entertainment value and spectacular finale but could’ve used more off-kilter moments that don’t remind of similar productions. With science fiction thrillers, I want atmosphere and originality, not blatant pop culture homages that tell me where I’m headed. Take me to the forest and scare me, but don’t tell me the location. Cosmic Dawn builds towards an unexpected climax, but somehow I feel like I’ve been there before, watching from a safe distance and asking the same ol’ questions about space and time.