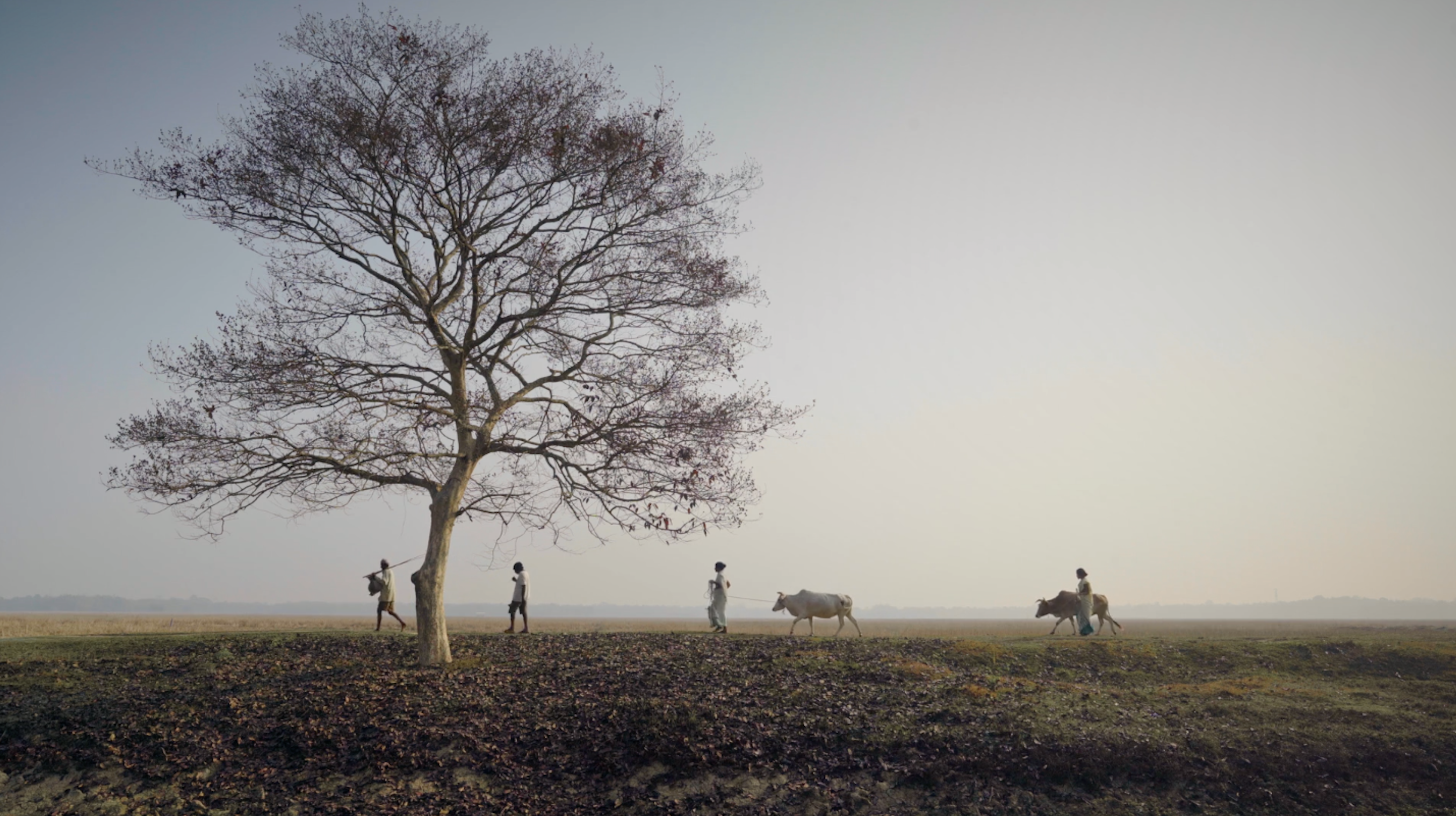 Directed by Krrishna Kt Borah, Boroxun (Songs for Rain)is an Assamese-language Indian film about the link between personal identity and social circumstances. In a village, people suffer due to lack of rain in the region. The director’s parable examines the orthodoxies and superstitions of a helpless community with poetic intensity, and his aesthetic excellence emerges through a meticulous utilization of music. I recently spoke with Borah about his cinematic journey.

Dipankar Sarkar: Tell me about your journey into filmmaking. How important was the time spent in the Satyajit Ray Film and Television Institute of India, Kolkata (SRFTI)?

Krrishna Kt Borah: It started with my love for cinema and admiration towards the process of making it. This love and admiration got deeper during my graduation days at St. Anthony’s College, Shillong, where I was studying Mass Communication and Video Production. I was able to discover and be exposed to a different world of cinema that was beyond Bollywood and similar kinds of films I was used to. We would watch a lot of films from different parts of the world and be amazed at the powerful cinema that was made around the world. After my graduation, I applied for SRFTI in the Direction department and was selected for orientation. During that time, I stayed at the campus and fell in love with the space. It was overwhelming for me to know about the daily screenings. I would just imagine the number of films we would be exposed to almost on a daily basis and it gave me a very nice feeling. Unfortunately, I was not selected for the course in direction and instead got a call to join the department of Producing for Film and Television as a student. It was a course I had a very minimal idea about at that time. But the campus and the thought of being able to watch films on a daily basis inspired me to join the institute. I would say that was one of the best decisions I had taken in my life.

The Producing department gave me a whole lot of confidence in going ahead and making my first feature film, Boroxun. It helped me to think practically from the process of scripting until the finished product. Our professors at the institute were very friendly, and they mentored me while I was making the film. I would sometimes think if it was not for the Producing department, Boroxun would not have happened yet.  During my student days at SRFTI, I also found the people with whom I share a special bond, respect and collaborate [with] as a team. And I would dare say that this feeling is mutual. Boroxun’s crew also comprises a lot of these people who believed in each other and gave their best.

DS: What inspired you to make Boroxun?

KKB: Boroxun is a memoir of my childhood. The characters in the film are inspired by the people I have met or known. It is inspired by the stories and events I have heard and witnessed while growing up. The idea of compiling these events into a story came as an inspiration from a news article that was published long back in around 2009 or 2010. The news piece stayed in my mind. We worked around it and dramatized the events according to the demand of the story. Also, the film is a statement on superstitious beliefs and how [they are] used to exploit people. I wanted to express this thought to the audience through a subtle treatment of the film. I grew up in a village and had spent my entire childhood there. I continue to live in a village, and I am very much fascinated by its simple lifestyle. But at the same time, I am also aware of the grass-root level politics. Therefore, it was an idea to make a film about, and that is how Boroxun happened.

DS: Share your collaboration with your Boroxun co-writer, Tuhin Kashyap, on the screenplay.

KKB: Maharshi was one of the first people with whom I shared the idea of Boroxun, and we instantly decided to collaborate for writing the script of the film. We shared a good bond and a comfortable space to discuss the process. There were a lot of discussions on the scene progression as well as character development. We were at two different places when we finally started to write the drafts. We communicated on a regular basis and discussed every event or scene while we were penning down. We never shied on expressing our doubts or feedback. So, it was definitely a healthy process, and I would definitely love to collaborate with him again. 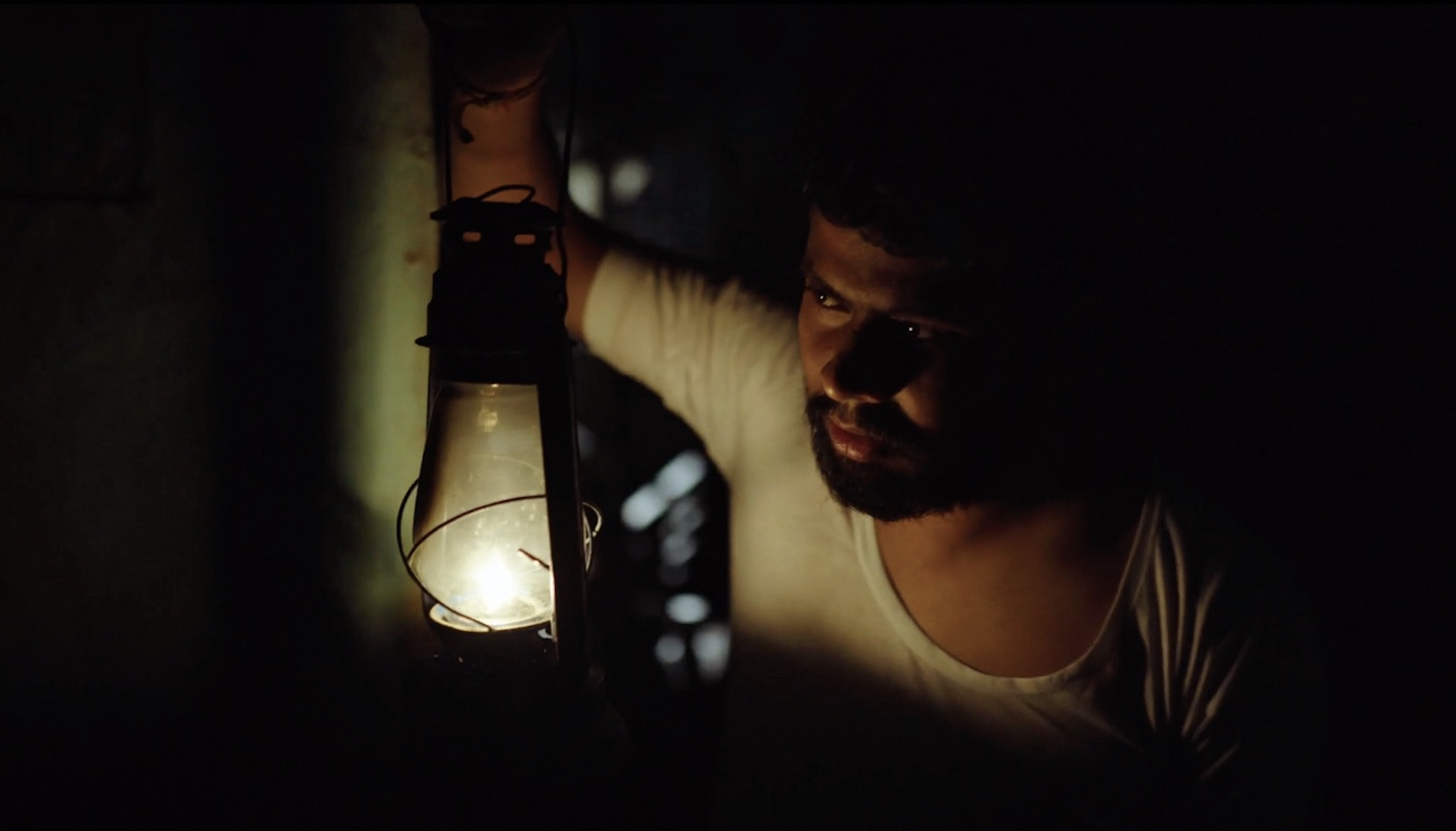 DS: In Boroxun, Biren (Dibyajyoti Narayan Deb) regrets extorting money from the innocent for their drinking. At the same time, he also tries to abduct Bengi (Maitri Das) when provoked by his two friends. How would you define his character?

KKB: Biren is indeed one of the characters that had gone through multiple analyses while developing [Boroxun]. I would say he is more of a realistic character rather than a stereotypical one. He is a character who had grown up in a humble family background and is aware of the struggles of his people. His emotions are real. In fact, his liking for Bengi is also real. But his approach towards her is more of the power play as a son of the village head. He exploits his privilege of belonging to that class.

DS: The night scenes in Boroxun — such as Benga (Deepjyoti Kalita) having dinner with his mother; Biren and his friends running out of alcohol and the wedding of Benga — are lit in a realistic manner and do not appear to be artificial. How did you achieve it?

KKB: I share a very good bond with our cinematographer, Enosh Olivera, who was my roommate in the institute. We have a great understanding of each other. He did the storyboard of the film during the early stages of development. He had also spent a lot of time in our village to understand the milieu of the film. Our idea was to shoot the film as realistic as possible. Even for the night scenes, his requirements of lights were very minimal. The lighting of the night scenes, both exterior and interior, were all motivated by the sources. At the dinner scene, it was motivated by the tungsten source and light coming from the chula (earthen oven), which was used directly. As the light is uncertain and fluctuating at the bonfire scene, it was stimulated with small dino lights with dimmers. A general ambient fill was used at the wedding scene, mimicking a halogen source, and each source was carefully placed and stimulated at the alley.

DS: The climax of Boroxun brings a kind of circularity to the film. The opening and closing shots are almost synonymous. Despite being married, Benga’s relationship with Bengi remains unchanged. Please share your thoughts.

KKB: We initially thought of ending the film before the last sequence. But during the scripting stage, we received feedback from our producers and some crew members and decided to add the last scene to make certain statements. Firstly, did the ritual change the fate of the villagers? Not really. So, believing in superstitions and exploiting someone’s life is unnecessary. Secondly, Benga despite being married did not change his relationship with Bengi because it was never meant to. Their relationship was special. It is pure and innocent. And it would stay [that way] forever. 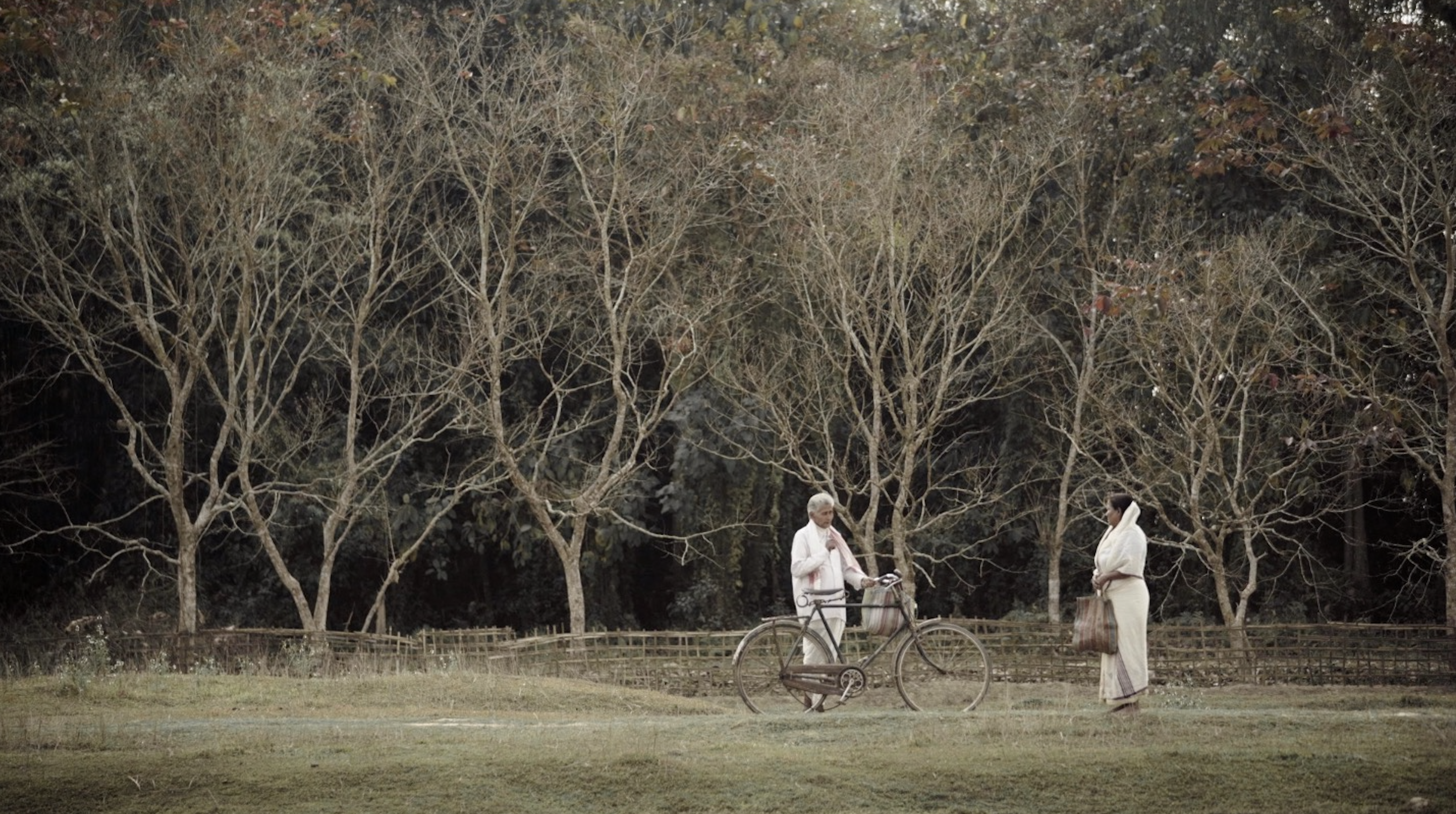 DS: Is there a particular reason behind your decision to edit Boroxun?

KKB: Honestly, I always wanted to do the first cut of the film. The film was shot in a manner in which I was clear about the pace. It does not mean that I never trusted any editors. I was in constant touch with my friend Rahul Basak, who was supposed to do the final cut of the film.  But after our shoot, the lockdown due to Covid started. We both got stuck at two different places. I was at home in Assam and he was in Delhi. It became impossible for any of us to travel or share the footage online. So, I shared the cut with him, and he happened to like my edit of the film. Rahul virtually supervised the edit until the final cut.

DS: Boroxun was a part of the NFDC Film Bazaar Recommends section. How did it help the film?

KKB: Film Bazaar was the most inspiring experience we had received for our film. Their love and support were invaluable. We got to meet a lot of professionals from various film festivals around the world. Their valuable inputs on film marketing helped us in our journey of taking the film to festivals. It was in Film Bazar where we met Asim Chabra from the New York Indian Film Festival. He saw our film and asked us to submit the film. It was the first film festival where our film got selected. We also got an opportunity to talk to some of the best professionals who had viewed our film and given their valuable feedback. It was a great learning process overall. With whatever little experience I had at Film Bazaar, I would say that it’s a very good platform for independent filmmakers to get exposure for their films.

DS: For an independent production like Boroxun, how important is it for the film to participate at various film festivals around the world?

KKB: It’s important because it gives a certain amount of recognition to the film. And we could capitalize on these recognitions during its releases. Most independent films cannot afford to go for a big promotion or a big theatre release. But if an independent film is selected for a festival, it gives a kind of publicity to the film. The audience anticipates the film. There are a lot of examples of films doing good in theatres or other platforms after having a successful festival run because of their recognition.

DS: Now the theatres in India are going to open with an occupancy of 50 percent. So what are your plans for the theatrical release of Boroxun?

KKB: We do have a theatrical release in mind. Currently, we are trying to experiment with different processes of the exhibition. But definitely, our film will have village roadshows because we have always thought of doing so. Our producers — Jemini Phukan, Anuj Shankar, Baruah, Sanjiv Ingty — have always been up for it from the time we had our initial discussions on the film. We are also looking for national OTT platforms, as they have created a lot of opportunities for independent films and filmmakers. We are planning to bring the film to the audience by April next year, so we have a lot of discussions going on, like how to proceed with the release. So, at this point, I could say the aforementioned ways of bringing the film to the audience are what we are focusing on.