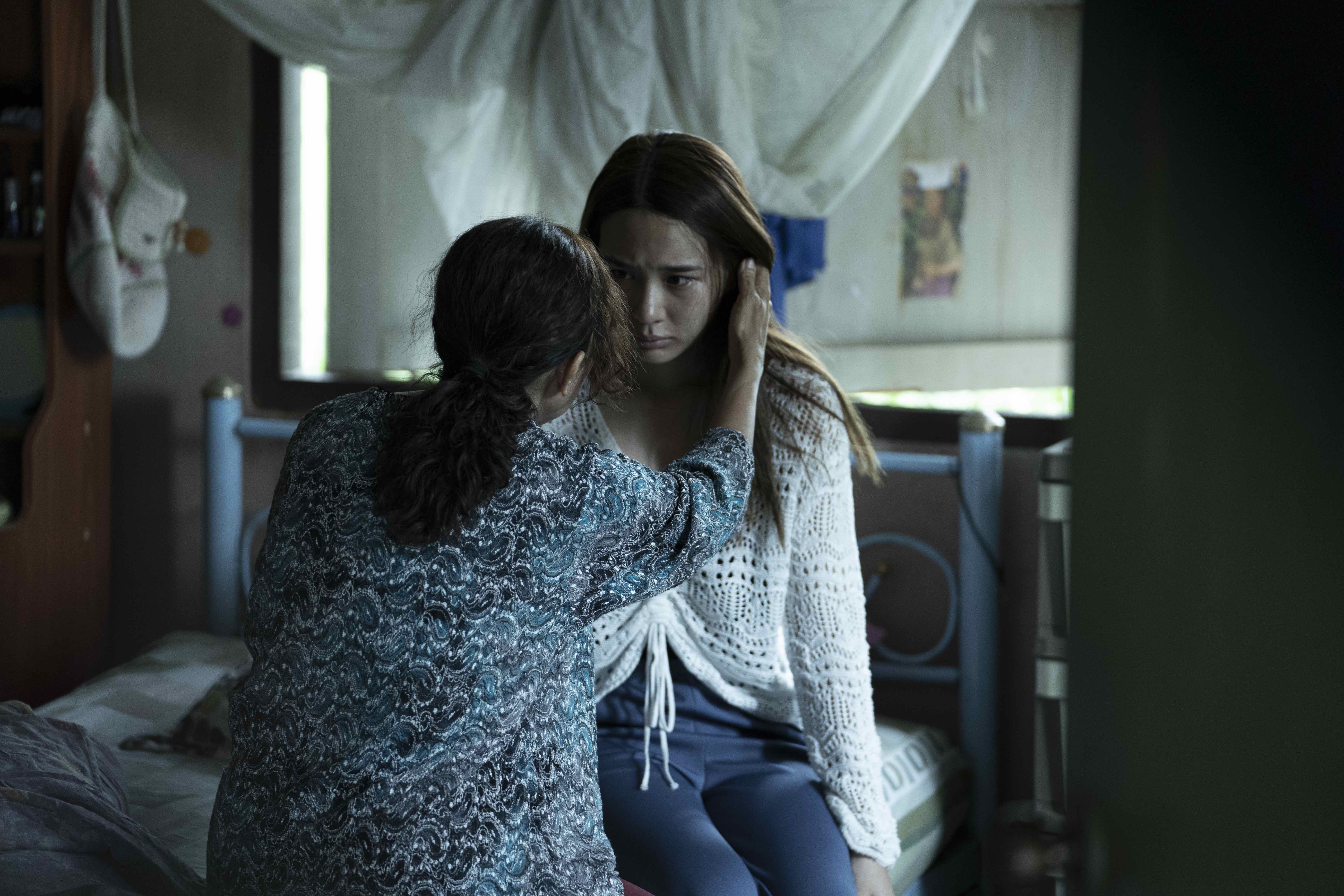 The Medium released exclusively on Shudder today and deserves all the praise that it will receive over the coming days, months and years. Written by Na Hong-jin (The Wailing) and directed by Banjong Pisanthanakun (The ABCs of Death), the Thai film achieves something truly special with its cultural specificities and authentic documentary feel. The Medium is arguably the horror movie of the year, one that should be seen on the biggest screen possible.

Unlike many modern horror productions, The Medium doesn’t ID itself as a genre movie during the opening act. In fact, the first 20 minutes could easily pass as a PBS documentary. The filmmakers introduce audiences to a female shaman, Nim (Sawanee Utoomma), who explains how and why she became selected (i.e. possessed) by the goddess Ba Yan. There’s a matter-of-fact tone in The Medium’s opening scenes, with a camera crew following the subject as she returns home to attend the funeral of her brother-in-law, Wiroj. 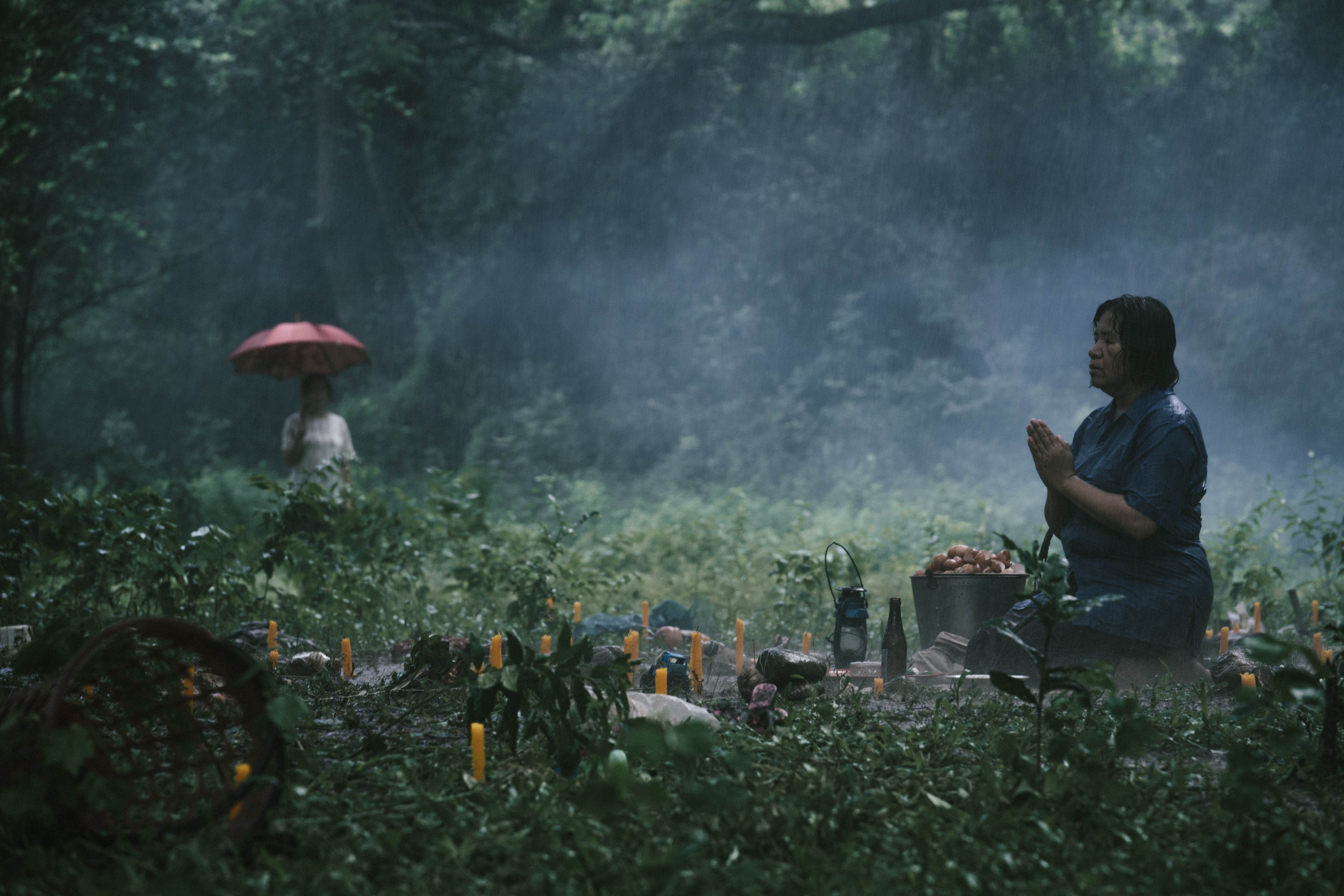 Nim reveals dark facts about her familial history in The Medium, and her sister Noi (Sirani Yankittikan) casually discusses why she chose Christianity over shamanism. Meanwhile, Noi’s teenage daughter, Ming (Narilya Gulmongkolpech), catches the documentarians’ attention with her odd behavior. In a clever meta twist, The Medium’s narrative shifts to Ming for practical reasons. She’s under the influence of something, yet it’s unclear if there’s any supernatural connection to her aunt Nim or mother Noi. From this point forward, the film gives the female protagonists agency by having them explain their observations and moods, rather than presenting each character as genre archetypes.

The Medium’s in-depth exposition allows for a nuanced lead performance by Gulmongkolpech. Mink’s early behavior, illogical at it may seem, can be explained by cultural rituals, such as when she hides a turmeric (“Ta Pa Ba”) in her closet to fend off evil spirits. When documentary footage shows the girl pushing a child at a public event, The Medium’s filmmakers subsequently create empathy for Mink through on-camera commentaries — filmed outdoors in picturesque settings — about her recurring headaches: “When it hurts… it feels like it’s going to rip apart.” Such moments of vulnerability benefit the documentary premise while teasing a layered performance. The 21-year-old actress does indeed ham it up when multiple spirits fully and completely possess her character, but she always seems attentive of the angular direction and how she’ll appear to audiences, whether it’s through a traditional jump scare, a POV visual or during immersive possession sequences in which the in-movie cameramen nervously gauge their distance to the subjects. In the horror genre, performers often get caught up in character tropes and thus ignore what certain scenes require emotionally. The Medium’s Gulmongkolpech doesn’t fall victim to cliches but rather loses herself in both the sacred and profane aspects of the role. 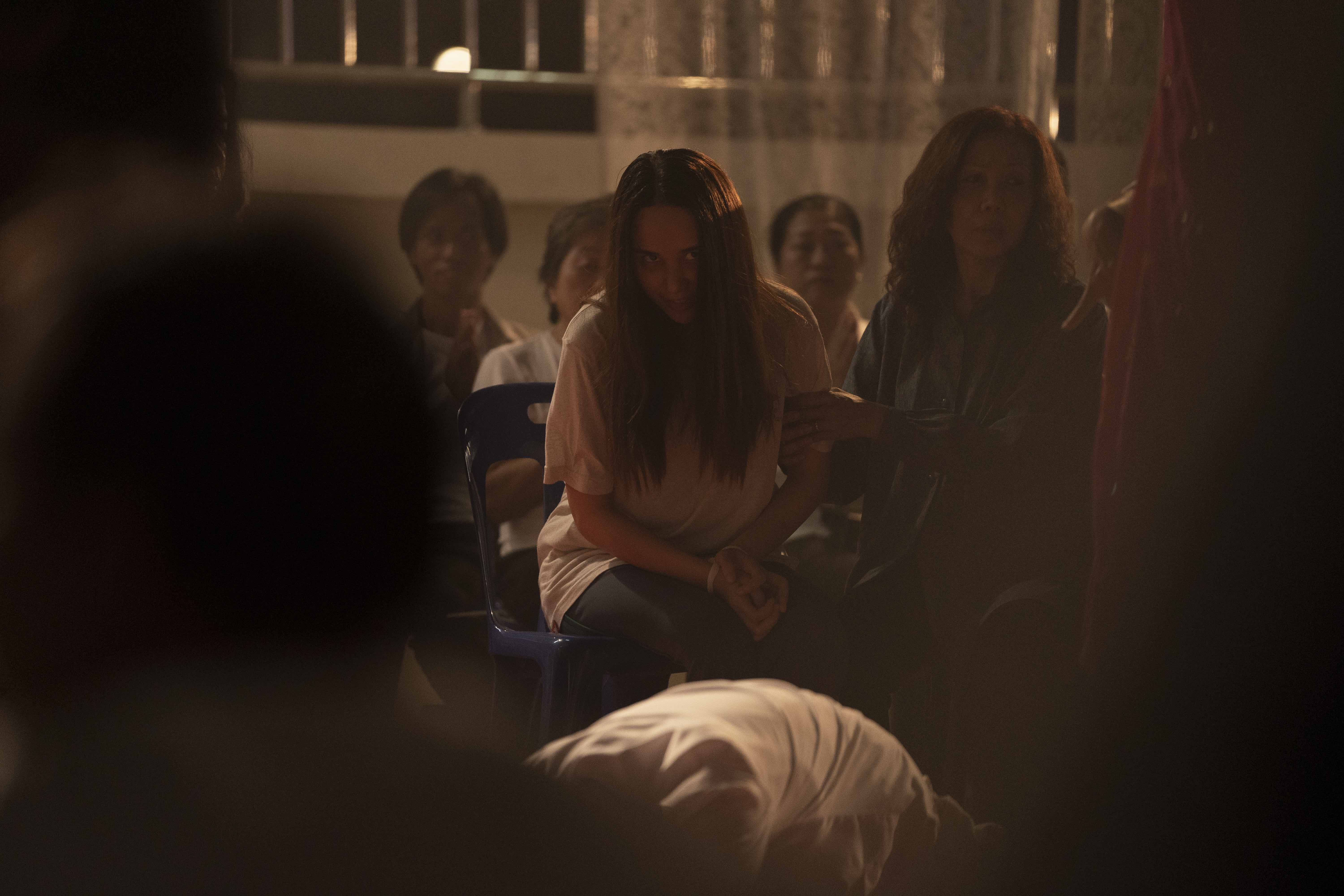 At times, The Medium loses momentum with its surveillance sequences. The filmmakers provide the usual night terror visuals and one particularly frightening close-up shot; however, these scenes accomplish little other than catering to gore cinema enthusiasts. Pisanthanakun and company achieve much more when focusing on the complexities of the familial relationships and what some of the big reveals mean for each character. Fortunately, The Medium doesn’t coast along into the final act with cheap gimmicks and scares — instead, the filmmakers remember the importance of keeping the audience engaged with the documentary premise while unlocking all the demons that had previously remained hidden.