‘Cheer’ and the Dangers of Family Symbolism 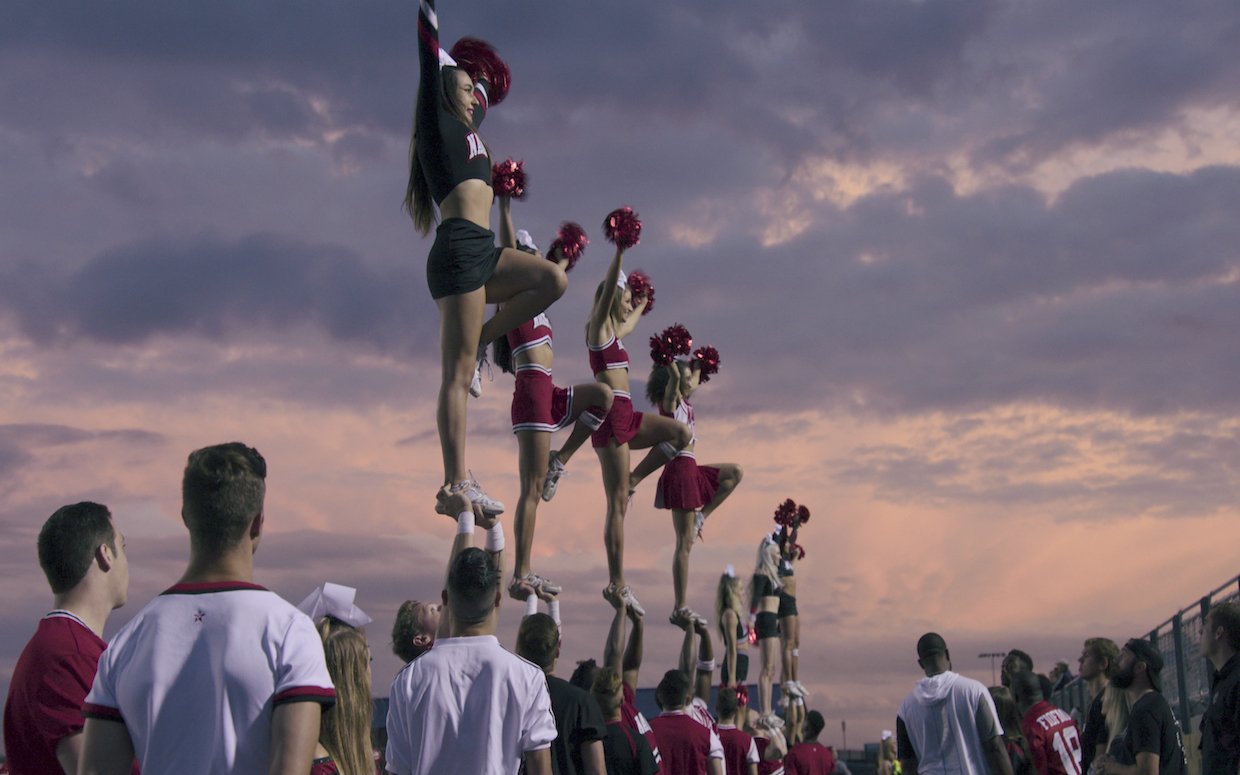 The buzz for Cheer, a Netflix documentary series created by George Whiteley, continues to rage on well after its January 8, 2020 release. In an emotional six-episode run, Whiteley documents the Navarro College cheer team as they train for a national championship competition at Daytona Beach, and goes deep into a handful of the cheerleaders’ psyches, histories and traumas. Over six hours, Cheer depicts unbelievable injuries, gender performance ambivalence and huddle-ups that I can only describe as a cross between a prayer circle and a passive-aggressive quaker meeting.

But what’s consistently left out of the Cheer conversation is a discussion of the precarious tension of love and exploitation between coach Monica Aldama and the team. Most of the applause for Aldama celebrates her “tough love” and motherly persona — some articles focus on the writer wanting Aldama to “run my life.” In Cheer, the symbolism of a family is evoked often: Aldama says, “These are my kids, and I love them with all my heart. I don’t want them to ever feel like they’re not safe with me, because they will always be safe with me.” But does she keep them safe? There are three concussions in one practice, and she makes an injured cheerleader (T.T. Barker) practice all day with a hurt back because he disobeyed instructions not to participate in an outside competition. Aldama openly adopts the practice of telling the scared athletes that things are going to be fine — not because she can guarantee it, but because it has to be fine. And the cheerleaders blindly trust this judgment. “Monica trusts you and believes in you, so you can do it,” says cheerleader Shannon Woolsey to a bent over Morgan Simianer, whose ribs had been dislocated during practice. A visit to the ER led Morgan to discover that if she kept doing these grueling practices, her ribs could shatter and puncture her organs. “If Monica believes in me enough to put me in, then I should be able to trust myself. I would do anything for that woman. I would take a bullet for her,” says Morgan. 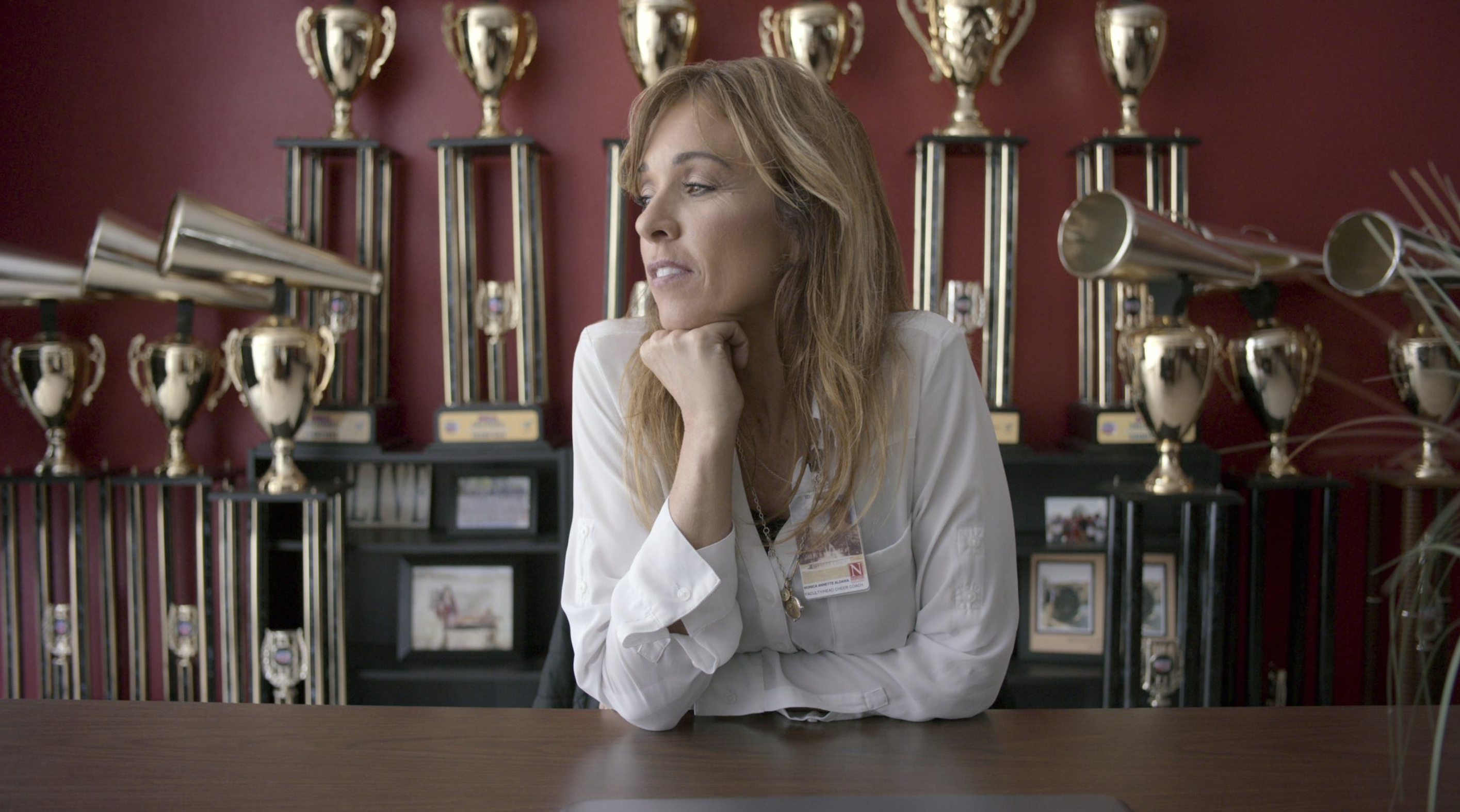 When a boss tells you that a workplace is like a family, you should be wary of this symbolism. Your boss cares about the bottom line first and foremost, and so does Aldama (who has an MBA from The University of Texas at Austin). The players don’t want to acknowledge that she might care about winning more than their wellbeing, and instead make up sad excuses for her behavior like a bad boyfriend. After T.T. practices on his already-injured back, he gets treatment from one of the physical therapists and says, “Monica wasn’t mad at me, she was just disappointed that I would put myself through that, especially in a competition that wasn’t as serious as Daytona. But Monica’s not even like a second Mom — she’s basically like a first mom. I literally would do anything for her.”

Aldama’s cult of persona and the symbolism of her “mother” status lends her a narrative structure that resists rupture. The only person who points out the failings of this narrative is cheerleader La’Darius Marshall when T.T. asks him if he “wants to win or lose.” La’Darius says, “at this point, I don’t care. Because they act like they don’t know how to take care of people, like their freaking team.” But most people prefer the fantasy of a caring mother over the reality of Aldama having a specific goal she is trying to achieve. 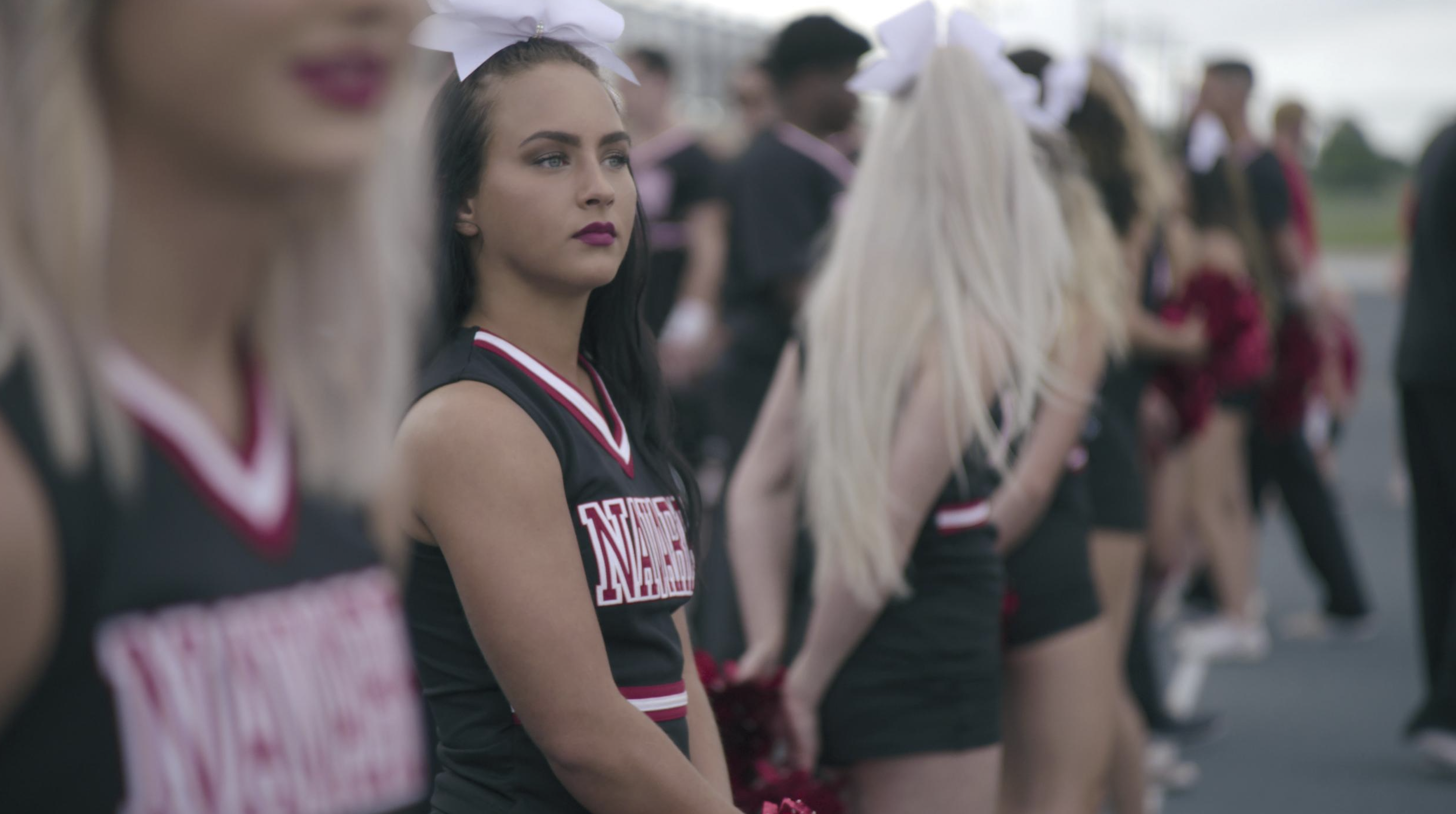 And who could blame them? The idea of motherhood is one of the most powerful fantasies in the world. After Morgan was abandoned first by her mother, then her father, then her brother, to live in a trailer by herself without food, she says it was one of the darkest moments of her life and considered suicide before being taken in by her grandparents. “I wasn’t important to anyone,” she says. “Monica saw potential in me, and it felt like it was the first time someone noticed me… I’m not just nobody.” Not to say that there isn’t a type of love that Aldama has for these kids, but it’s a bit of a warped kind of love. When discussing Morgan, she says, “Morgan just showed up at tryouts. She didn’t really have the college-level experience, but she had the look that I would, you know, like to have.” (Morgan is very thin.)

Yet the mother fantasy persists. Ms. Pattie, the game room supervisor, voices the unshakeable fantasy that most people are taking away from Cheer: “Monica takes good care of them. She is the best, and I just love her to death and everybody else does too.”

Callie Hitchcock (@cal_hitchcock) has a Master’s in journalism from NYU for the Cultural Reporting and Criticism program. She is a contributor to The Believer, Slate and The Los Angeles Review of Books.