First as Tragedy: ‘Winter Kills’ and the Twilight of the Conspiracy Thriller 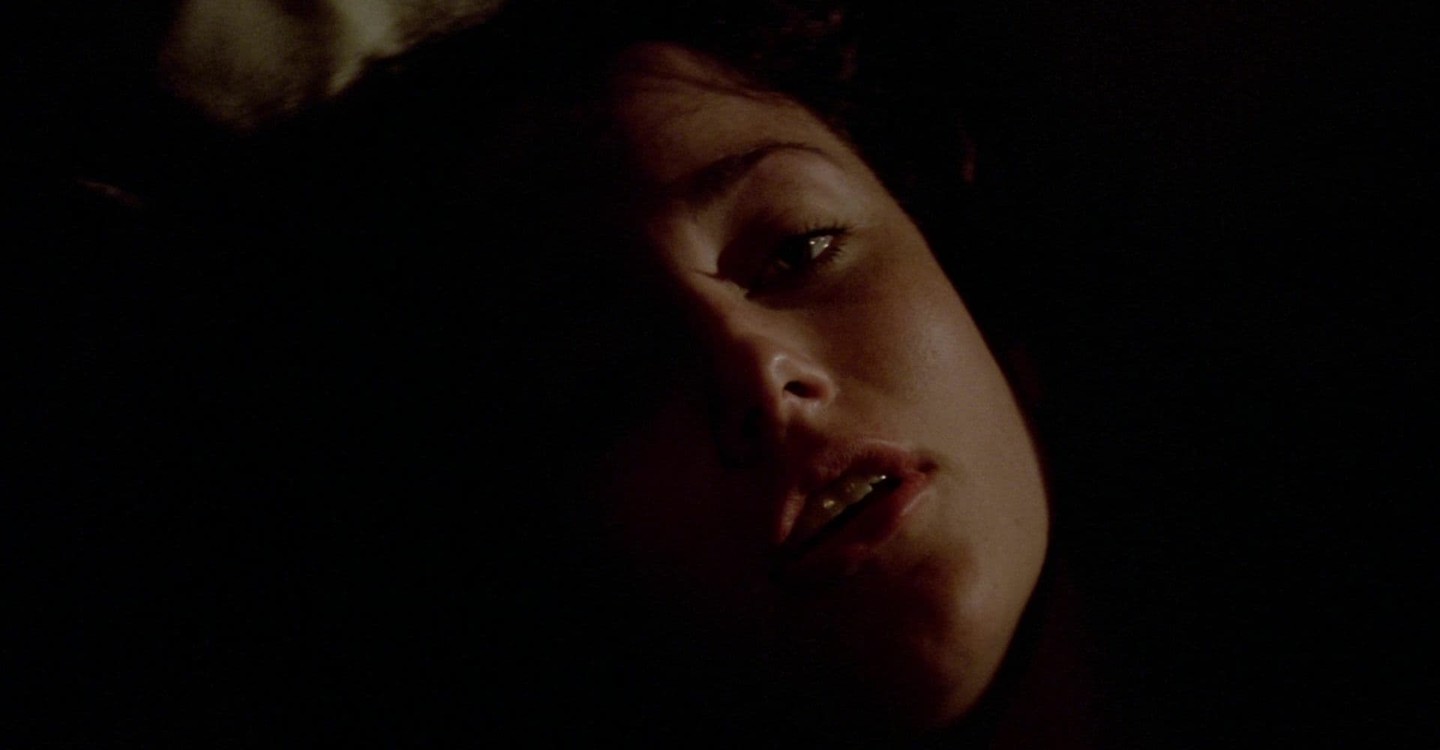 The conspiracy thriller arose out of a time of great instability in America. The spectre of assassination and the threat of nuclear annihilation hung in the air, while the revelations of creeping government surveillance, covert internal repression and malfeasance in the nation’s highest office had shaken public belief in the essential probity of those they had entrusted with the levers of power. There was a growing sense among the average citizen that America had been revealed as the gaudy casino they always feared it was. It was Hunter S. Thompson’s Boschian conception of Las Vegas; the hunting ground of an alluring but all-consuming demon, feeding on what British economist John Maynard Keynes described as “animal spirits.” The conspiracy thriller posed a crucial question: How does the player proceed when they know the game is rigged? In this milieu, the conspiracy thriller becomes a quest to retrieve an elusive, and possibly illusory, feeling of security and unity in the face of manifold clandestine pacts and stratagems.

By the end of the 70s, the conventions of the genre had ossified and the conspiracy thriller had lapsed into self-parody; which is not to say that it ceased to be entertaining. Winter Kills was to David Miller’s sober dissection of the Kennedy assassination, Executive Action (1973), what Dr. Strangelove (1964) was to Fail-Safe (1964); a gleefully satiric finger poked into a deep collective wound. By the time of Winter Kills, the idea of lost innocence had receded; the mask had slipped off to reveal raw realpolitik in action. The processes of conspiracy were now out in the open, and thus became part of the cultural lexicon; paranoia was converted into just another dramatic template; what was once a source of grief and outrage became a facet of the entertainment complex. Winter Kills is as much about this assimilation as any political commentary; it explores the means by which entrenched privilege and untrammelled force were reduced to a plot device. By using the essence of the Kennedy assassination as its basis, Winter Kills signals the decisive conflation of the fictional and historical event. 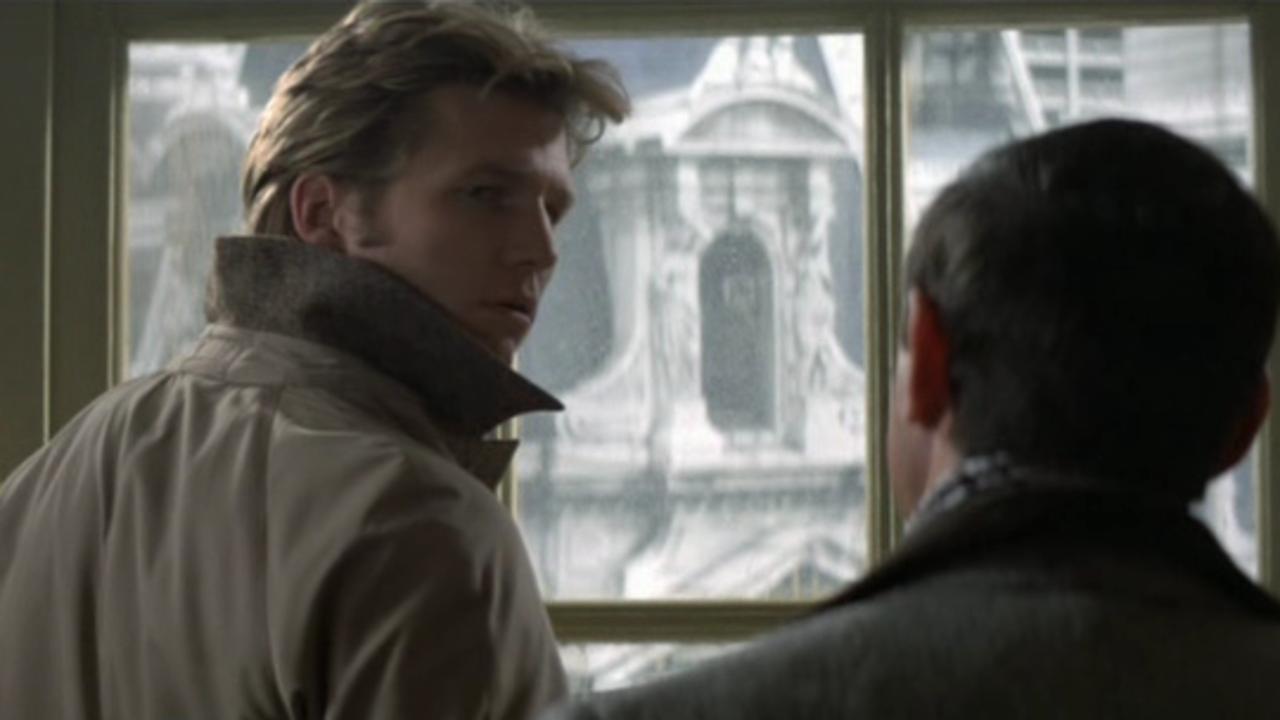 So potent is its forbidden aura that Winter Kills has generated conspiracy theories of its own; it has long been characterised as a suppressed classic, assuming the stature of “the film they never wanted you to see” as it languished in obscurity. Winter Kills has become emblematic of the interplay between fact and fiction which animates the conspiratorial subject; a condition in which the Zapruder film is equally a pop culture curio and a historical artefact; in which reality becomes a vast soundstage upon which the spectacle unfolds. Tragedy assumes a patina of burlesque as the walls separating the civic and sybaritic impulses are razed. Writer/director William Richert twists Richard Condon’s novel into grim farce; it is the gallows humour of a condemned consensus, peppering its underlying truths with ribald skits and bathetic transitions. The effect of Winter Kills is something akin to Alan J. Pakula by way of the Zucker brothers, stretching genre conventions into grotesque new shapes. It is a film which both winks and screams at its audience, pratfalling around the edge of an abyss.

At the centre of Winter Kills is Nick Kegan (Jeff Bridges); an idle scion of the Kegan dynasty, the half-brother of a slain president with no interest in playing politics. When new information regarding President Kegan’s assassination comes to light, Nick becomes a Candide who is thrust from his gilded cage and must navigate hostile territory, sustained by the supremacy of his wealth. Nick is the spirit of American blitheness cast out of its meritocratic Eden, reflexively genuflecting at the star-spangled veneer that conceals the grubby underbelly of power embodied in his father, Pa Kegan (John Huston). The Kegan patriarch practises a sociopathic form of pragmatism that sees his own sons as valuable pieces in the great game he and his class oversees; it is a “cold hard business proposition” in which the White House is simply “where you can generate the most cash.” Condon was acutely attuned to these unsettling currents; he wrote one of the conspiracy thriller’s foundational texts: The Manchurian Candidate. Winter Kills clearly owes a debt to this previous generation of conspiracy thrillers; Vilmos Zsigmond’s photography seeks to emulate James Wong Howe’s use of disorienting angles and wide lenses in John Frankenheimer’s Seconds (1966); the effect is to create what Richert describes as “a political Alice in Wonderland.” 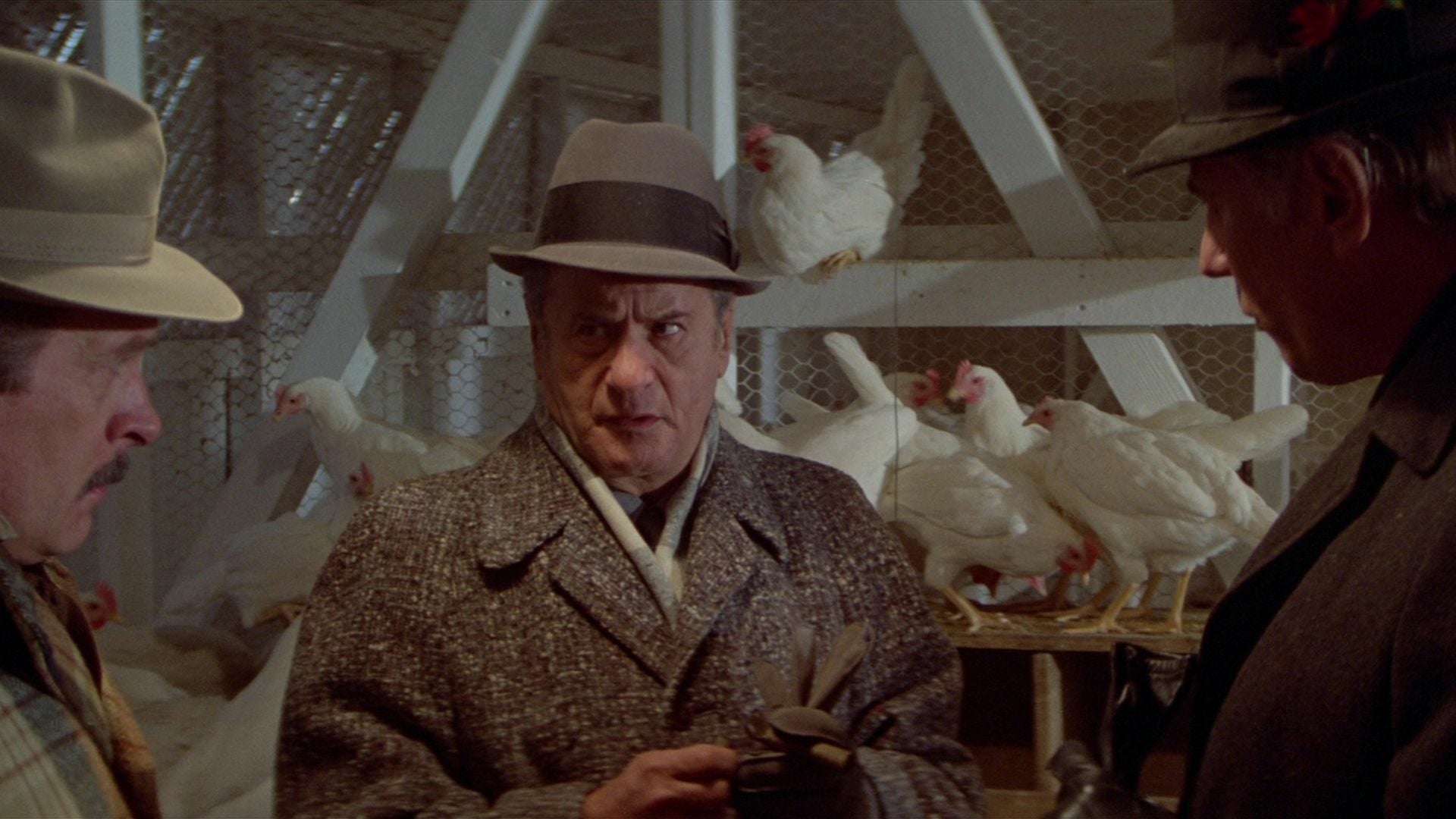 Compounding the feeling of unreality Winter Kills engenders in its visuals is the all-star cast Richert was able to assemble. Venerable character actors give outsized variations on familiar roles: Sterling Hayden is at peak eccentricity playing Jack D. Ripper gone to seed, Anthony Perkins once again captures the banality of evil as the overseer of Pa Kegan’s “contract silo” (drawing attention to the threat of mass data collection before anyone was fretting about the excesses of the NSA) and Eli Wallach is at his unctuous best as an amalgam of Clay Shaw and Jack Ruby. Toshirō Mifune stumbles through phonetic English as Nick’s loyal factotum, and Elizabeth Taylor glides in and out as “the President’s procuress” (a role with uneasy echoes of Ghislaine Maxwell). Bridges is the ever-reliable anchor, but this is Huston’s film; his take on Joseph Kennedy exemplifies the pathology of the plutocratic class; it is a scurrilous performance in which the violence implied by Noah Cross in Chinatown (1974) is splashed across the surface. Winter Kills dispels the idea that we live in anomalous times. The demise of the conspiracy thriller pointed to a broader shift; it signalled the rise of a new credulity, a willingness to re-engage with the idea of America in spite of its reality.