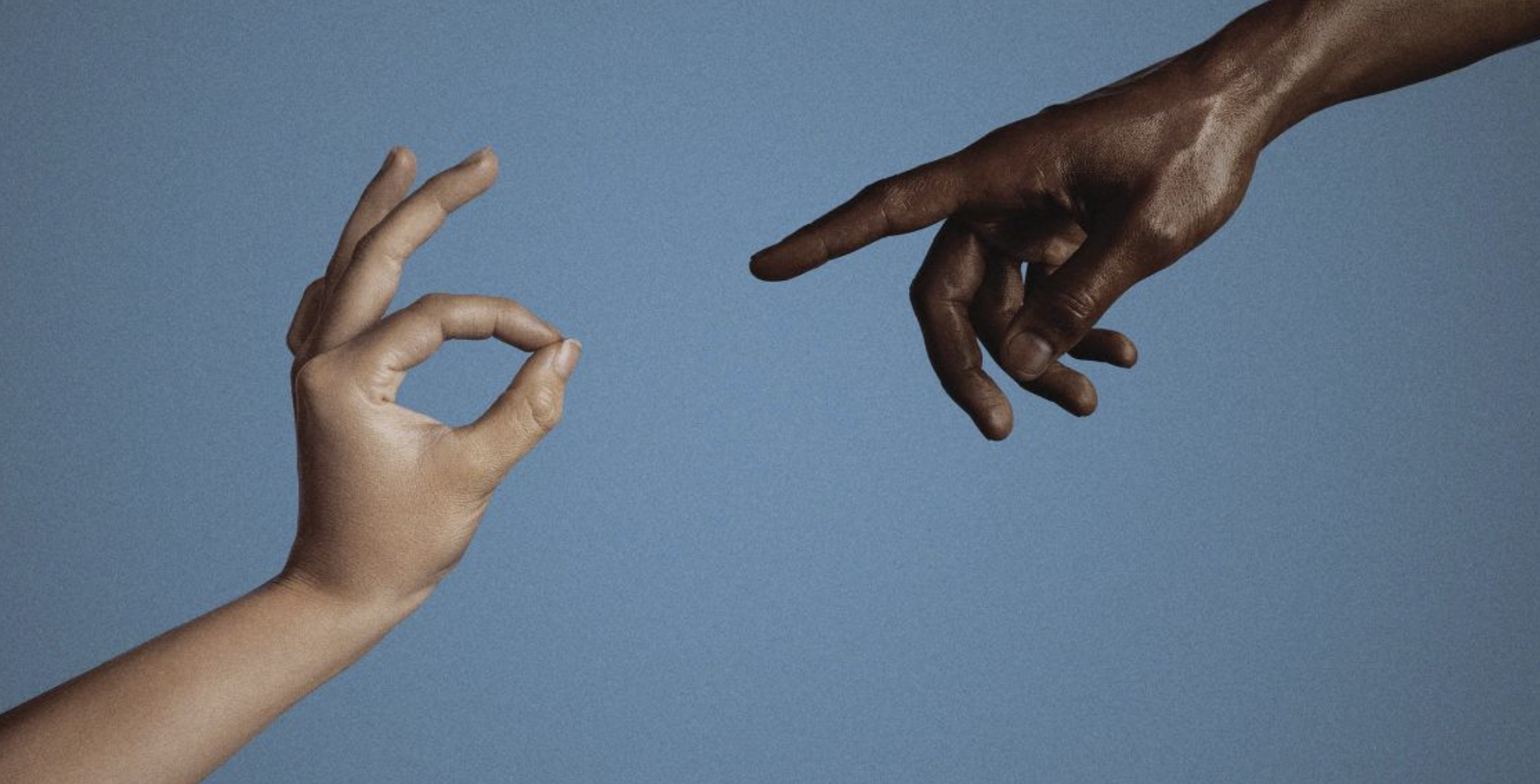 Alexa-Jeanne Dubé’s SDR is fundamentally about break-up sex, or sexe de rupture. But it’s more about concepts of time and visceral experiences; the little things that leave a mark. Designed for audience stimulation via A.S.M.R. (Autonomous Sensory Meridian Response) video codes, the experimental 10-minute film builds upon the psychosexual tone of Dubé’s previous short, Oui mais non (Yes But No Thanks), a commentary about romantic What Ifs.

In SDR, Victoria Diamond’s character suspects that her boyfriend (Iannicko N’Doua) may be cheating. She speaks to the audience, musing about the exact moment when one admits to being unfaithful. Without any sound, the split-screen images would seemingly show a woman masking various emotions associated with her impending confrontation, and finding an emotional release through a squishy stress ball (and other objects). But audio is indeed crucial for the complete SDR experience. When the moment of truth arrives, the A.S.M.R. effect takes over, and a would-be argument transforms into something much more, instigated by the setting and mood.

Whereas Oui mais non examines unrequited love through a traditional narrative, SDR engages with the audience via Diamond’s enchanting performance. She’s somewhat like Anna Karina’s Natacha von Braun in Jean-Luc Godard’s Alphaville, whispering sweet nothings and waxing on/waxing off with her hands, a la The Karate Kid’s Mr. Miyagi. SDR’s production design immediately stands out with its warm colors and dialogue, and through a gentle collapse of the frame, Dubé creatively transitions to the inciting incident for her tryptic work of art.

The A.S.M.R. design becomes slightly unnerving when Diamond’s character crackles a candy bar wrapper, but that effect adds an absurdist element as the narrator smiles at the camera. It’s almost like she’s flirting with the audience, an invitation to watch, and enjoy, the big breakup moment. However, the peeling of blue skin reminds that she’s playing a character – a surreal moment that precedes an intimate and organic bedroom sequence; one that emphasizes the director’s ability to shift back and forth between genres.

By SDR’s climax, the A.S.M.R. design becomes especially powerful and parallels the boyfriend’s explanation of how and why he ended up cheating. Suddenly, a stress ball becomes something else entirely; the touching/rubbing and associated sounds complement what’s transpiring elsewhere under the sheets. A sharp visual metaphor implies that such cerebral images cut like a knife for those worried about being deceived, and SDR builds towards a passionate moment that could theoretically spark a new romantic chapter for the two leads, all because of that damn A.S.M.R. There’s fantasy and reality; Dubé explores dual worlds and keeps the audience off-balance, especially when the split-screen images show the same scene playing out, but with the timing slightly off — a sense of romantic serendipity.