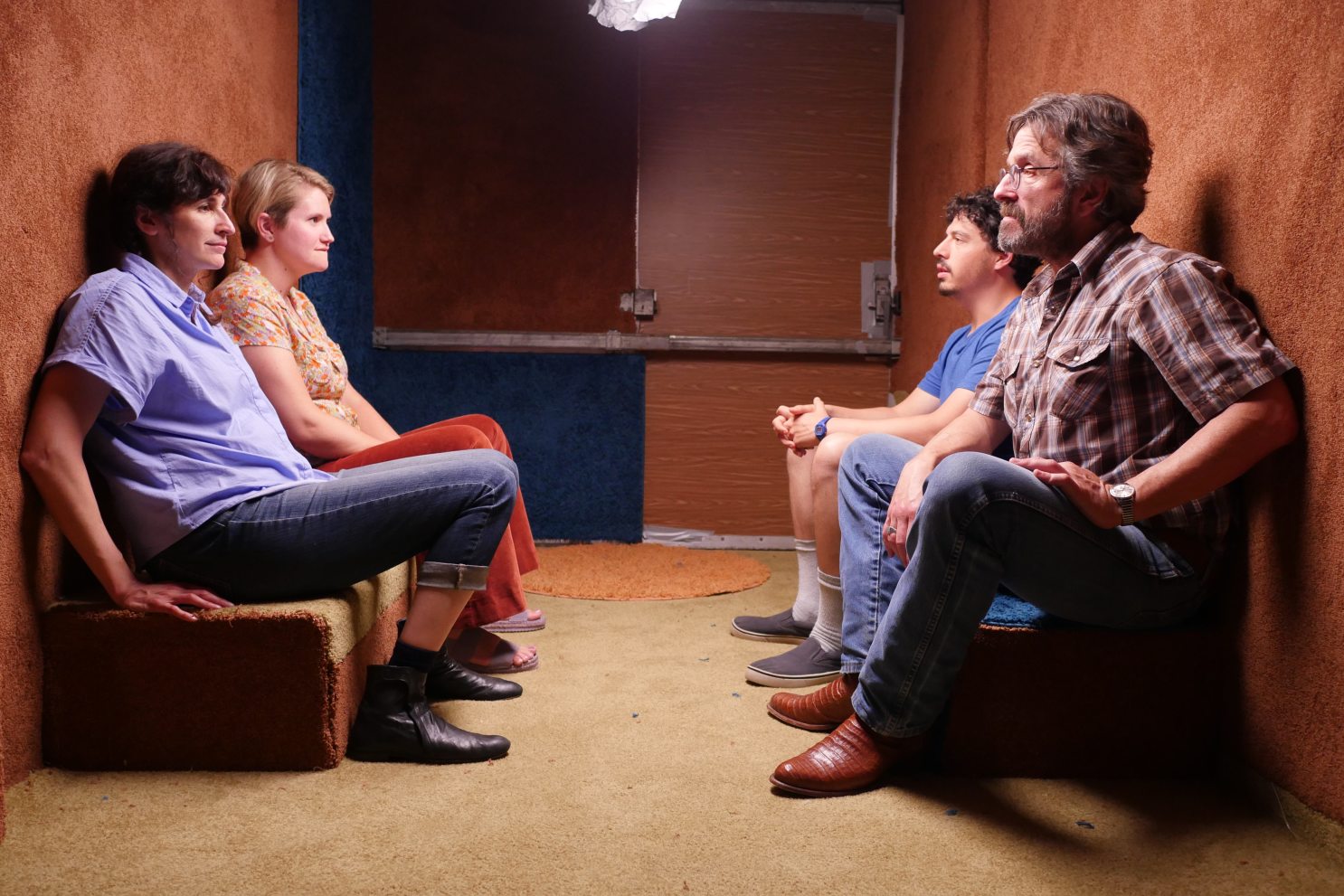 Birmingham, Alabama-set Sword of Trust is filmmaker Lynn Shelton’s first feature to be located outside the Pacific Northwest, and the change of scenery results in what might be the writer-director’s most satisfying movie to date. Sharing screenplay credit with Saturday Night Live writing veteran Mike O’Brien, Shelton continues to encourage the improvisational work of her cast members. That approach can often backfire, but the impressive skills of the ensemble turn the droll tale of a curious Civil War-era artifact into a comic showcase for principals Jillian Bell (having a career-best year), Marc Maron, Michaela Watkins and Jon Bass.

In Sword of Trust, Maron’s Mel is the proprietor of a pawn shop staffed by himself and dim-bulb, web-surfing underling Nathaniel (Bass). They meet Mary (Watkins) and Cynthia (Bell) when the two women offer for sale an antique military cutlass that soon comes to be known as a “prover item” — a relic that fuels revisionist fantasies in which the Confederacy defeated the Union in the “War of Northern Aggression.” How do modern-day rebels account for all the history written in books and the realities of day-to-day existence? Conspiracy theories giving credence to hidden powers in a clandestine, deep state government, of course. Nathaniel only needs a few minutes on the internet to find a buyer willing to pay a handsome fee for the sword. 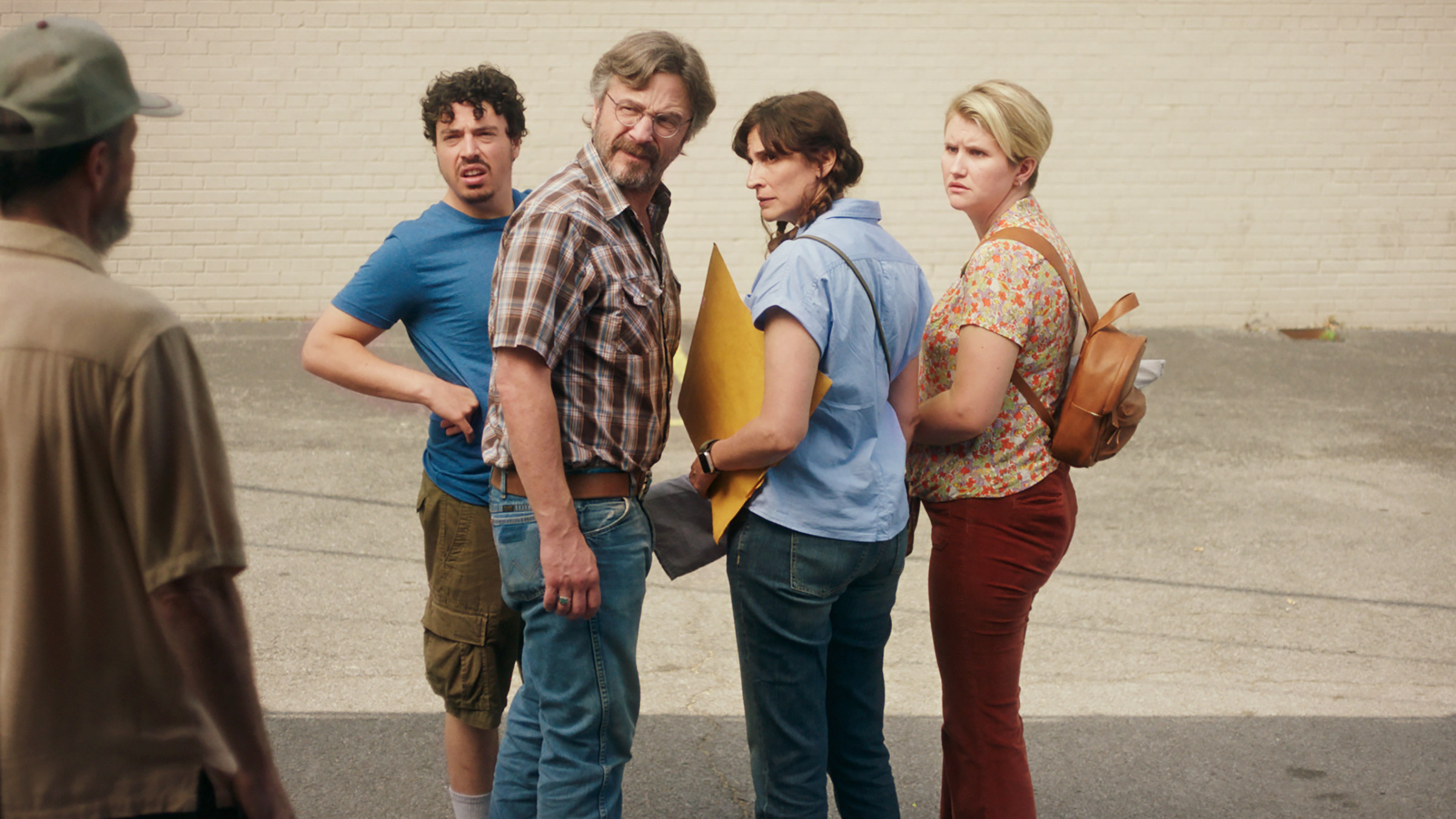 Shelton convincingly alternates between the absurd misadventures of the core quartet and the well-observed moments of confessional pathos during which the audience sees the Sword of Trust characters as humans doing their best to get along in the world (and maybe capture a little happiness along the way). The director plays Mel’s ex-girlfriend Deirdre, and a fleeting interaction between the two sets up a poignant monologue that takes place in the back of a van, when Mel describes his past struggles with addiction. The heartfelt humanity of bits like that one, as well as equally intimate information shared by Mary and Cynthia, adds a welcome layer of depth to the otherwise ridiculous journey.

Along with the four main personalities in Sword of Trust, Shelton uses her supporting players to wonderful advantage. Dan Bakkedahl makes off with his scenes as the initially frightening leader of the organization promoting the cockamamie beliefs of Old South victory and superiority. Just as fun is Toby Huss as the aptly named Hog Jaws, the emissary dispatched as the go-between during the convoluted transaction. Along with Zeke and Jake (Timothy Paul and Whitmer Thomas), another dopey duo of treasure hunters eager to acquire the blade, Shelton smartly mines the subtext to reflect the partisan fractures in the contemporary American electorate. 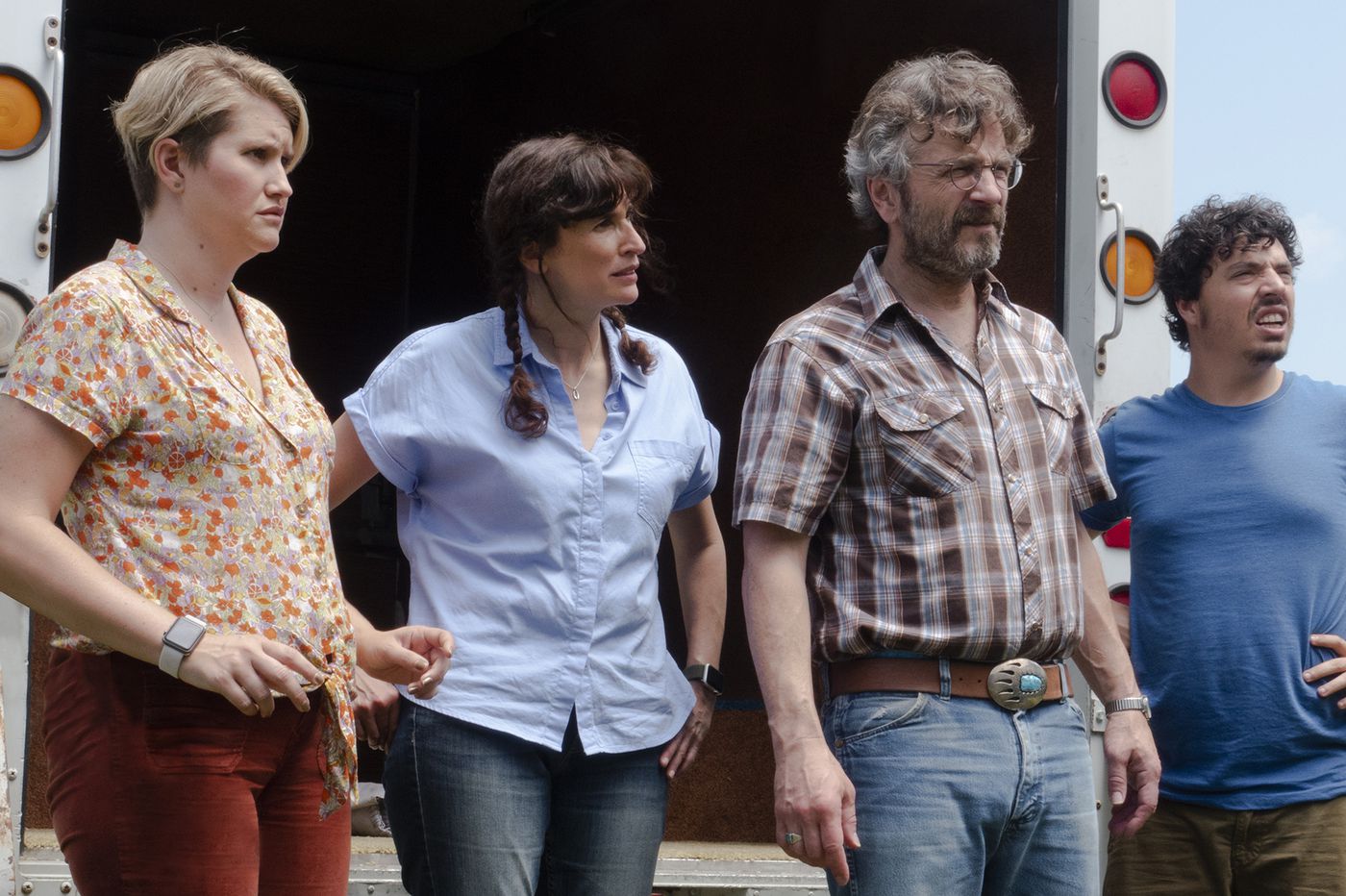 The routinely hilarious wordplay keeps viewers smiling, but Sword of Trust paints a picture of the troubling political undercurrents in the state of our Donald Trump-era (dis)union. None of the good ol’ boys caught up in the fanciful onscreen truther nonsense sport red “Make America Great Again” ballcaps, but Shelton not-so-subtly codes these folks as, at best, misguided red-state morons. At their worst, the potentially violent fanatics imply support for the kind of white supremacy and nationalism encouraged by Trump’s “very fine people on both sides” claim following the 2017 Unite the Right rally in Charlottesville, Virginia.