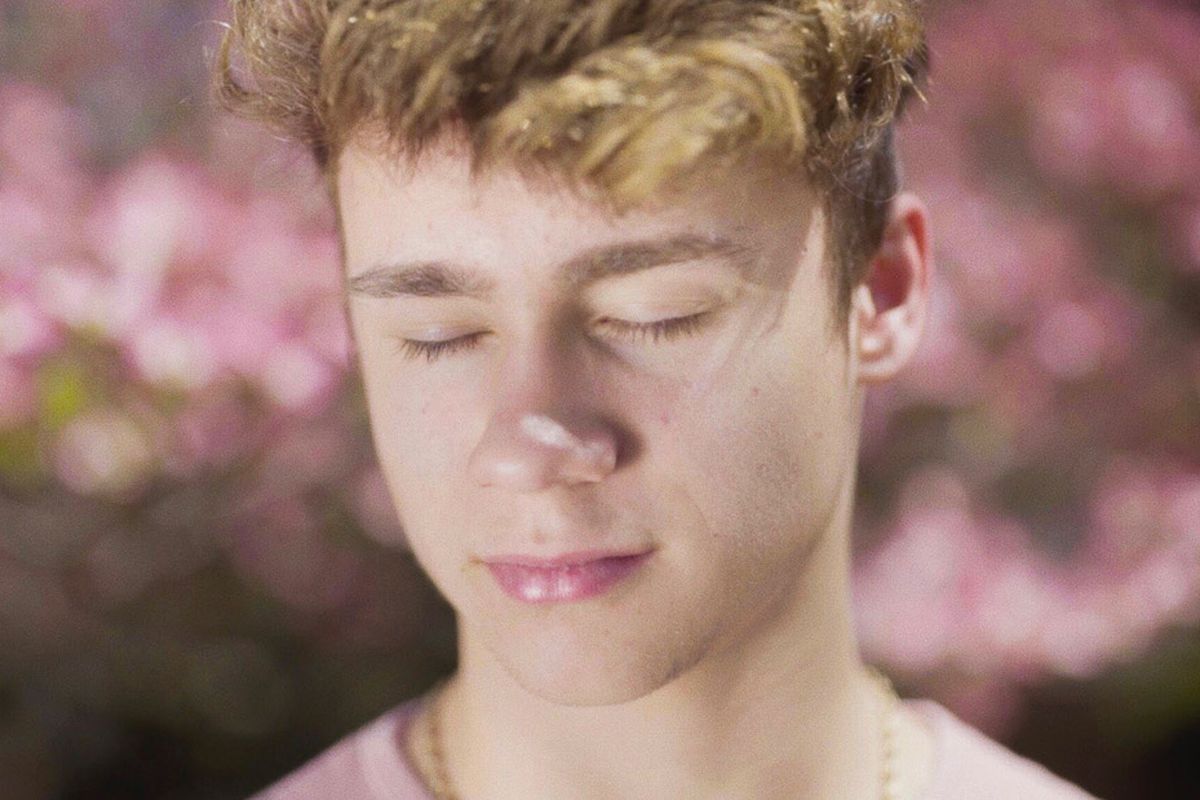 As we careen further down the barrel of late-capitalism, it has become clear that the laborer is now the product. Jawline, a documentary directed by Liza Mandelup that won the U.S. Documentary Special Jury Award for an Emerging Filmmaker at Sundance this year and will release on Hulu August 23, explores the phenomenon of trying to become social media famous by following the life of 16-year-old Austyn Tester, who seeks a career through garnering clout on platforms like YouNow, TikTok, Snapchat, Instagram and Twitter, in the hopes that he can escape his small home town in Tennessee.

This iteration of the American Dream is a relatively new phenomenon. Instead of offering a specific skill or talent, there now exists a kind of tabula rasa internet fame. Austyn spends hours broadcasting on YouNow talking to his young female fans, making TikTok videos or getting the just-right Instagram photo to post. He ends up going “on tour” with other social media influencers but doesn’t go on stage to do anything in particular. He is the product, the product is he. But that doesn’t mean Austyn doesn’t work for his fame. Selling a fantasy and trafficking in desire is tough work. The young women are extremely demanding. In one scene, he meets up with a group of tweens around his age at his local mall for a self-styled meet-and-greet. They wave bills in Austyn’s face to get him to reluctantly do stuff like ride a small scooter around the mall. When he isn’t paying sufficient attention to them, they snap at him and ask him to promise to text them later. 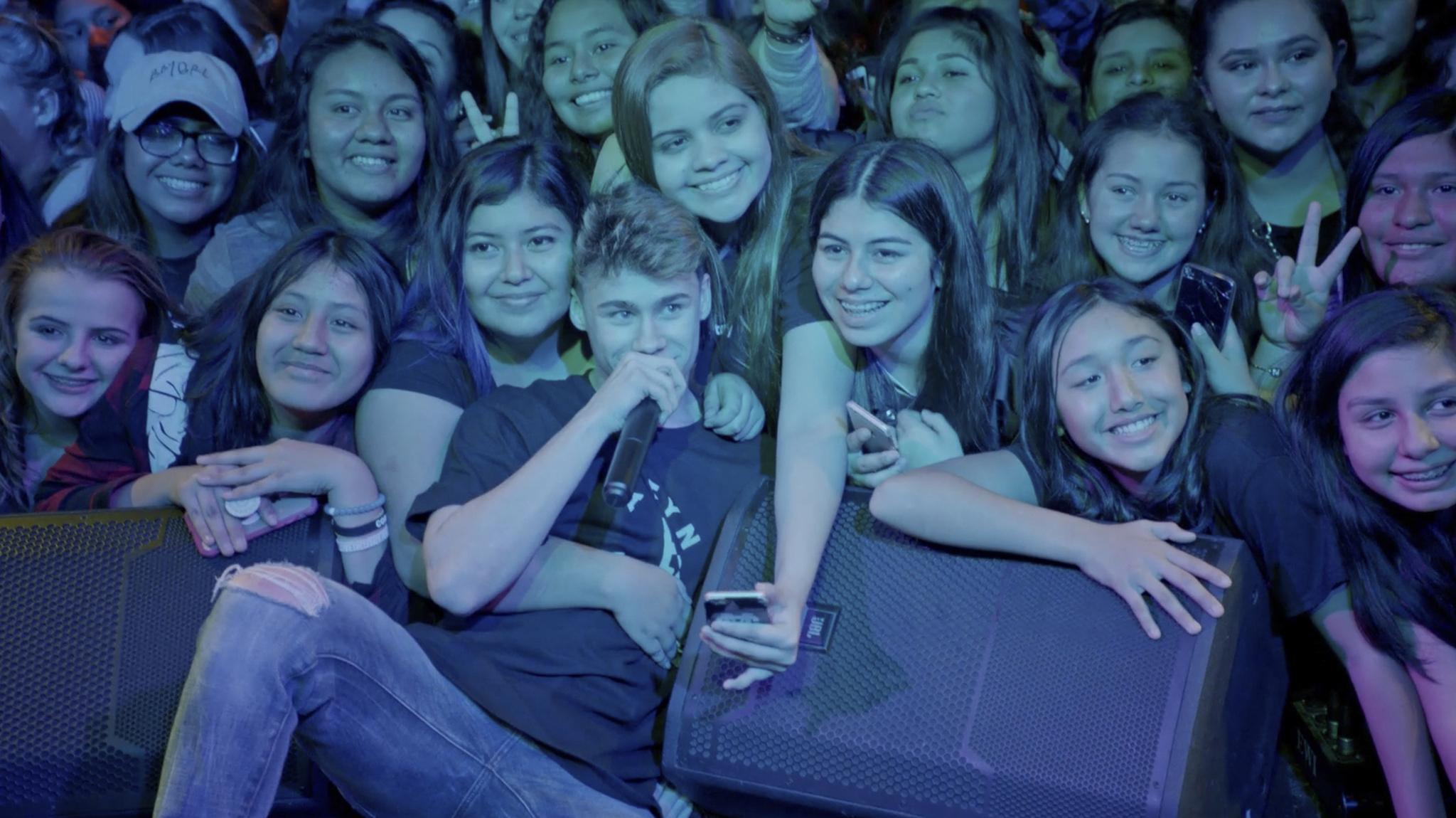 Jawline also takes a close look at all the moving parts of this emerging social media industry — fangirl culture, successful social media boys and their social media managers. One of the internet star managers — Michael Weist, of TanaCon fame — is a prominent character, as Mandelup follows him at the helm of the now disbanded social media company Good Times Entertainment. Michael, 23, wrangles handsome young teenagers to make “challenge” or YouTube listicle videos for his fans and sets up brand deals.

The bulk of Austyn’s brand is an American-Dream-on-steroids level of positivity. He coos in a near indefatigable croon, “Whatever you want in life, go get it!” and “If you got a dream, you gotta chase it, don’t let anyone’s opinions affect you!” Austyn repeats these phrases ad nauseum like it’s his octane fuel — without it, his brand and hope for the future will stall. Through this optimism, support and simulacra of care, he provides a boyfriend experience, a friend experience, a family experience. This is how we find connection in the social media age.

What does Mandelup think about social media’s impact on teens? She isn’t sure. At a Q&A after Jawline’s New York premiere at BAMcinemaFest in June, Mandelup said, “They are finding communities, but it’s alone time with this community. You’re still detaching from the real world.” Ultimately, young people are finding connection through these social media stars, but it’s connection in a necessarily disconnected way. “They want to be loved by a guy that looks like a guy from their school,” says Mandelup, even if they can’t form an actual relationship with him. 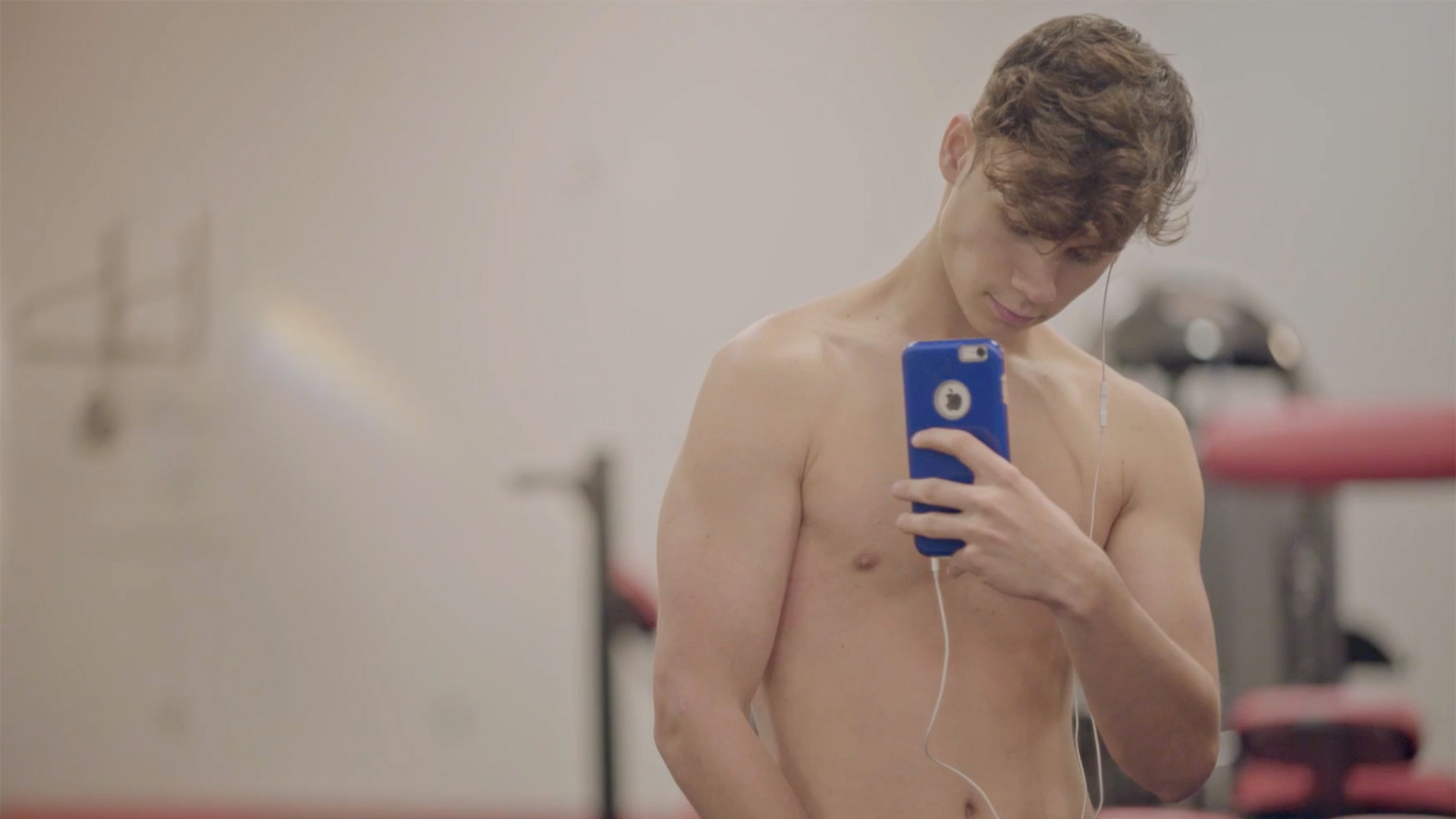 And that’s the fantasy currency Austyn trades in. Mandelup said it took her a while to find the right protagonist to demonstrate this phenomenon in a sympathetic way — someone who is just beginning their social media career and is also likable. She chose Austyn because he was earnest; other people she had checked out didn’t have that same good-natured vibe. Viewers can root for Austyn, and may want him to succeed with his American Dream clutched so tightly to his chest.

One of Jawline’s main tensions comes from circling the question “Can we really self-actualize out of any circumstance?” In one of the final scenes, a tired and unfocused Austyn begins yet another YouNow broadcast, “Follow your dreams,” he says without enthusiasm, looking like Jay Gatsby gazing faraway at the green light, “boats against the current, borne back ceaselessly into the past.” What happens to a dream deferred?

Callie Hitchcock (@cal_hitchcock) has a Master’s in journalism from NYU for the Cultural Reporting and Criticism program. She is a contributor to The Believer, Slate and The Los Angeles Review of Books.