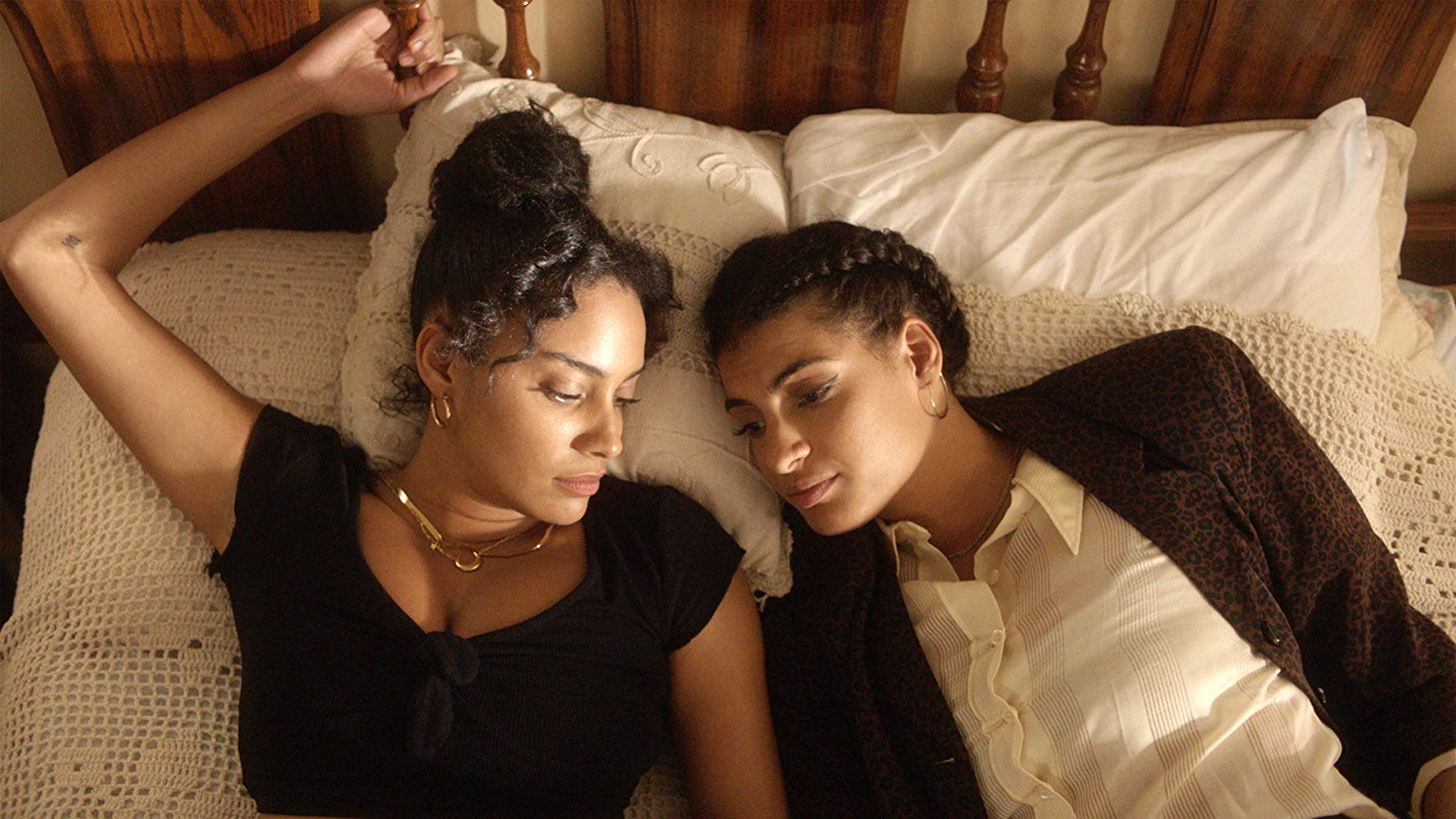 The concept of “home” as the cornerstone of American indies is quickly approaching a point of oversaturation. It makes sense – in a highly connected environment, we become more aware of the vastness of the world around us. And, by extension, we then realize both how small we are in the big picture and just how little we have to cling onto as our own.

Diana Peralta’s De Lo Mio is the second movie, after opening night selection Lulu Wang’s The Farewell, in the 2019 BAM Cinemafest lineup alone that revolves around concerns of New Yorkers and their ties to the country from which they immigrated. While Wang bookends her largely China-set film with scenes of her protagonist in her Bushwick digs, there’s no such contrast in Peralta’s film, which unfolds entirely in a family house in the Dominican Republic. Two sisters, Carolina (Darlene Demorizi) and Rita (Sasha Merci), who have long since departed the island nation, return to clear the property for sale. Peralta leaves her dialogue and characters to embody the contrast between the two locales.

The task of stripping down the site of so many memories makes them distraught, especially given that the house will likely be bulldozed and built over with something more extravagant. When Carolina and Rita bring up the idea of trying to preserve its structure in some fashion, their brother immediately shoots down the idea and assails their naivete. They’ve grown out of touch with the country, as their fanciful suggestion proves. To hold onto the property requires sums of money the family does not possess. But the concern amounts to more than just nostalgia. They feel a connection to the country, sure, but their childhood dwelling serves as the conduit for that emotion. Without its presence, they fear a permanent severance of their link to the land.

If you’ve followed the film festival circuit from 2019, you might recognize this concept as familiar from Joe Talbot’s The Last Black Man in San Francisco and Andrew Ahn’s Driveways, two other projects that center their deliberations of the meaning of “home” in the physical structures themselves. Peralta’s contribution is significantly more unassuming and mild-mannered than the aforementioned projects, though De Lo Mio is by no means a lesser film for it. While moments of grace and levity abound, Peralta remains clear-eyed about the difficulty of maintaining relationships – to people, to places, to the past – and rarely backs off from her stance.

In a quick 73-minute runtime, Peralta covers a number of disputes between the siblings. None of these will prove particularly surprising or novel to anyone who’s seen an indie family drama, though they sting as fights about the house quickly reveal themselves as proxies for larger concerns. Their half-brother Dante (Héctor Aníbal) blasts his sisters for parachuting into a situation in their hometown and presuming nothing has changed since their last visit. “You guys are tourists,” he snaps at them in one moment of frustration, “you don’t know how shit works over here.” Meanwhile, Carolina and Rita blast him for falling into the patterns of their own deadbeat dad and perpetuating many of the same behaviors that their father exhibited. Peralta exposes how much of the squabbling comes back to responsibility – who shows up and when.

De Lo Mio does not quite fit the profile of a typical closing night film for a festival. It’s the world premiere of a debut feature, small in scope and duration (though certainly not as much in impact). Does the film rise to the occasion? Sure, by succeeding on the modest terms for which Peralta sets out for it. And that’s not a knock on the film! Many a filmmaker have debuted their freshman film by attempting to execute a project with ambition beyond their capabilities, and there’s nothing wrong with choosing to work within a fairly limited story to learn the ropes. As the cherry on top of a nearly two-week celebration of the best American independent cinema, however, I’m not sure De Lo Mio quite fits the bill. But if the slot puts more eyeballs on Peralta’s work and enables her to expand her purview for a follow-up feature, the placement does what film festivals do best: provide a platform for discovery of the next generation.