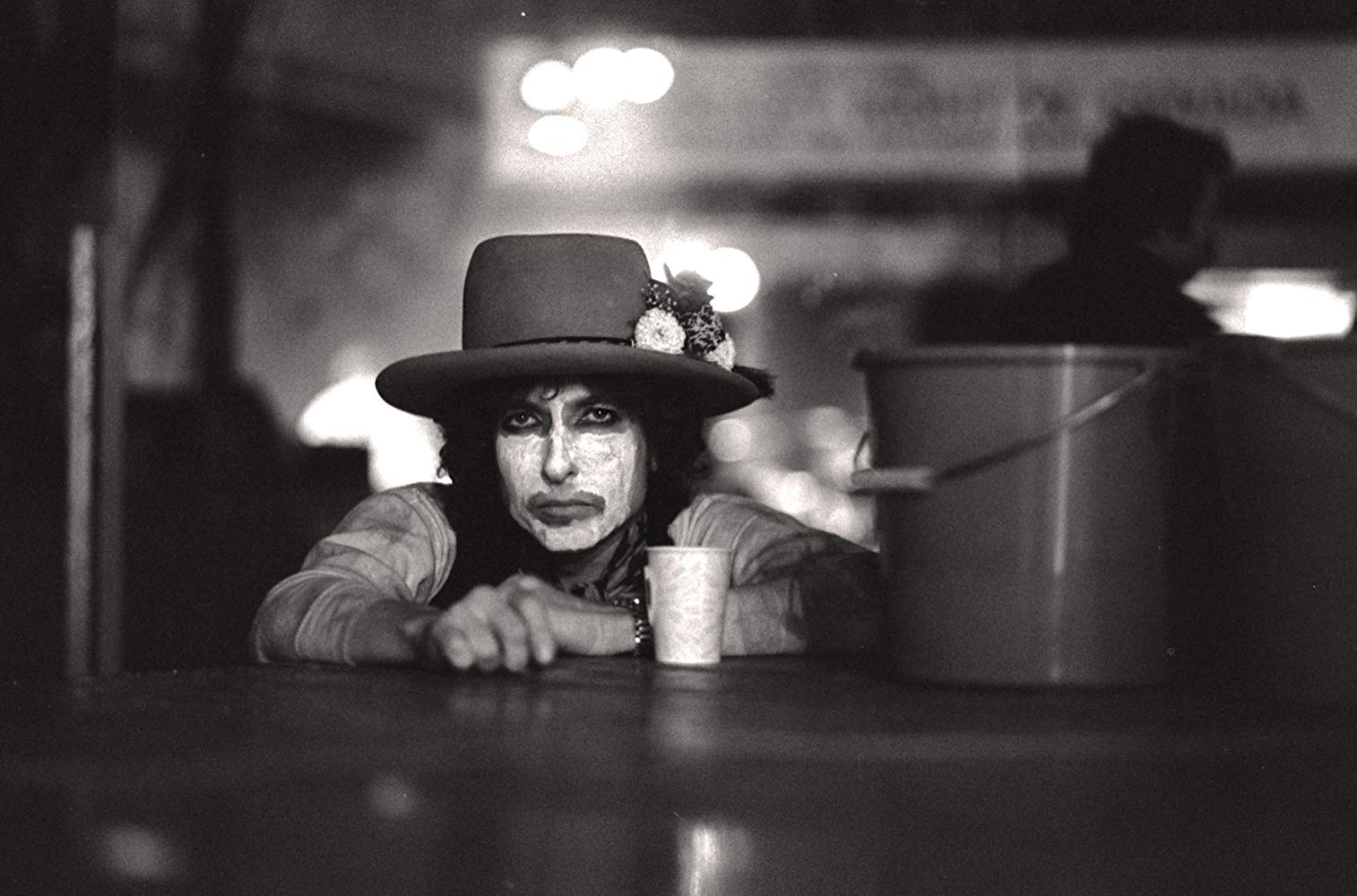 Martin Scorsese embraces the prankster spirit of a longtime inspiration/subject in Rolling Thunder Revue: A Bob Dylan Story. The confounding testimony is as much mockumentary as documentary, combining new interviews and gorgeous archival footage into an entertaining put-on. Not everyone, and not even every Dylan fan, will go along with the tall tales, but amidst the japes are several of the most riveting live performances of Dylan’s career. Rolling Thunder Revue is not, however, a concert film. Just as much time and energy is poured into the backstage and offstage happenings — real and fabricated — as the music.

Dylan’s traveling circus, his 1975 response to the conclusion of a larger-scale stadium tour with The Band, featured performers Joan Baez, Allen Ginsberg, Joni Mitchell, Roger McGuinn, Ronee Blakley, Ramblin’ Jack Elliott, Bobby Neuwirth, Scarlet Rivera, Mick Ronson and others. Following the release of Blood on the Tracks, the shows highlighted electrifying reworkings of Dylan staples as well as fierce and fresh previews of songs that would fill out the Jacques Levy collaboration “Desire,” which was released between the autumn and spring legs of Rolling Thunder. The scope of the experiment boggles the mind of any Dylanologist; Scorsese’s movie leaves out Muhammad Ali, Coretta Scott King, Harry Dean Stanton, Dennis Hopper, Ringo Starr, Stevie Wonder and Dr. John. Sara Dylan is also omitted. 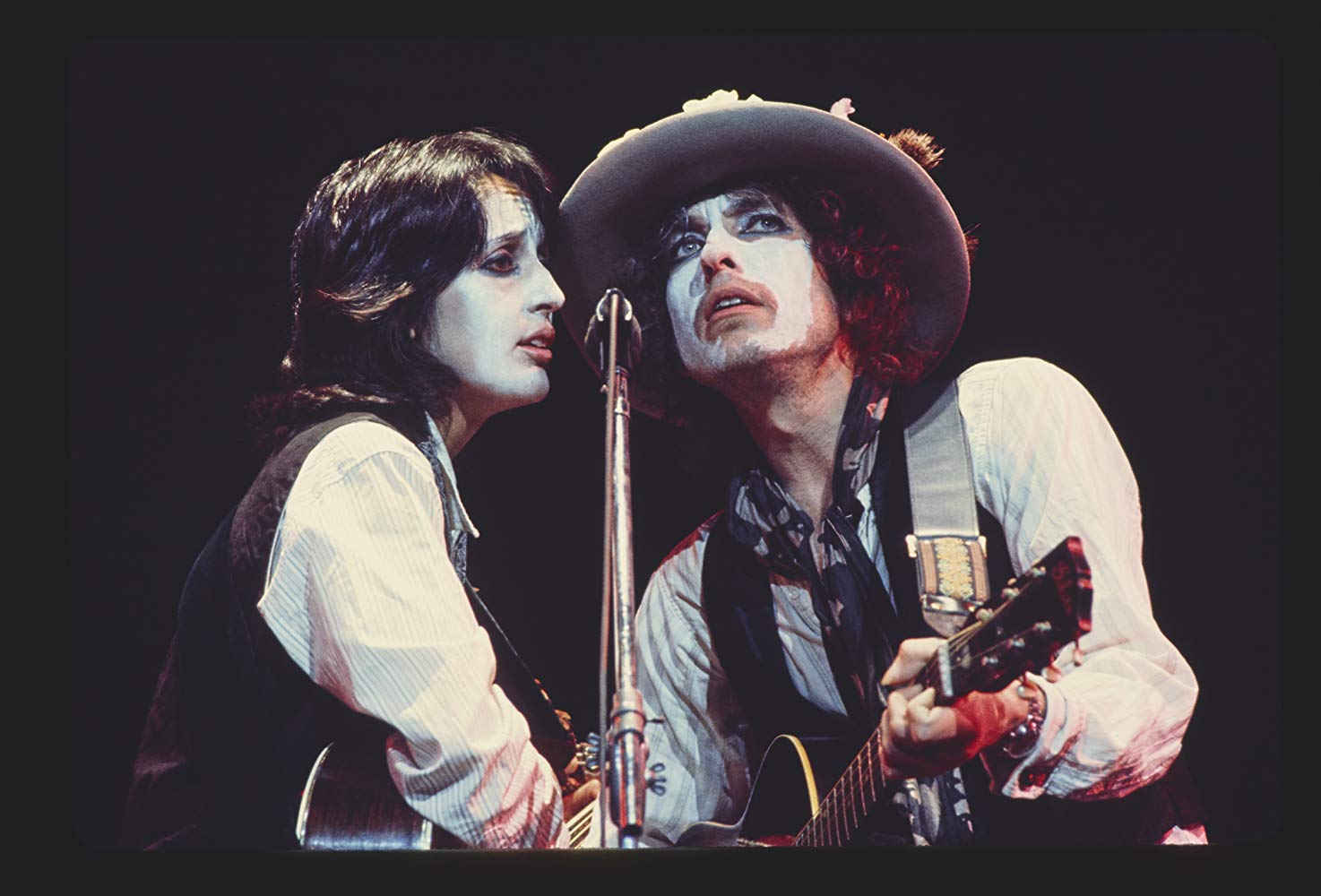 The absence of any direct explanation or mention of Howard Alk and the making of Renaldo and Clara is perhaps the biggest clue to Scorsese’s agenda. A Sam Shepard interview broadly describes the writer’s participation in Dylan’s vision, but aside from an allusion to Marcel Carné’s Les Enfants du Paradis, the new movie is mute on the original film project. Instead, Scorsese introduces bogus documentarian Stefan van Dorp (played by Kipper Kids performance artist and Bette Midler spouse Martin von Haselberg) as the acidic cinematic chronicler of the revue. Van Dorp is a hilarious presence, deadpanning great lines like his Ratso Sloman insult, “Please. Does the cockroach really cause problems for the house?”

Beyond the imaginary van Dorp, all kinds of helpful guides and breakdowns are floating around to separate out the lies, but the brave and untroubled viewer might prefer a first pass without a cheat sheet. Scorsese, in a sly nod to the era’s hair-raising attitudes about the casual presence of teenage groupies, calls on Sharon Stone to concoct a phony narrative that she got hooked up on the tour by her ambitious stage mother. Michael Murphy reprises his role as Michigan representative Jack Tanner from Robert Altman’s Tanner ‘88 to add a yarn that Jimmy Carter scored him admission to one of the shows. Current Paramount Pictures CEO Jim Gianopulos did not work as the promoter of the tour. And so on. 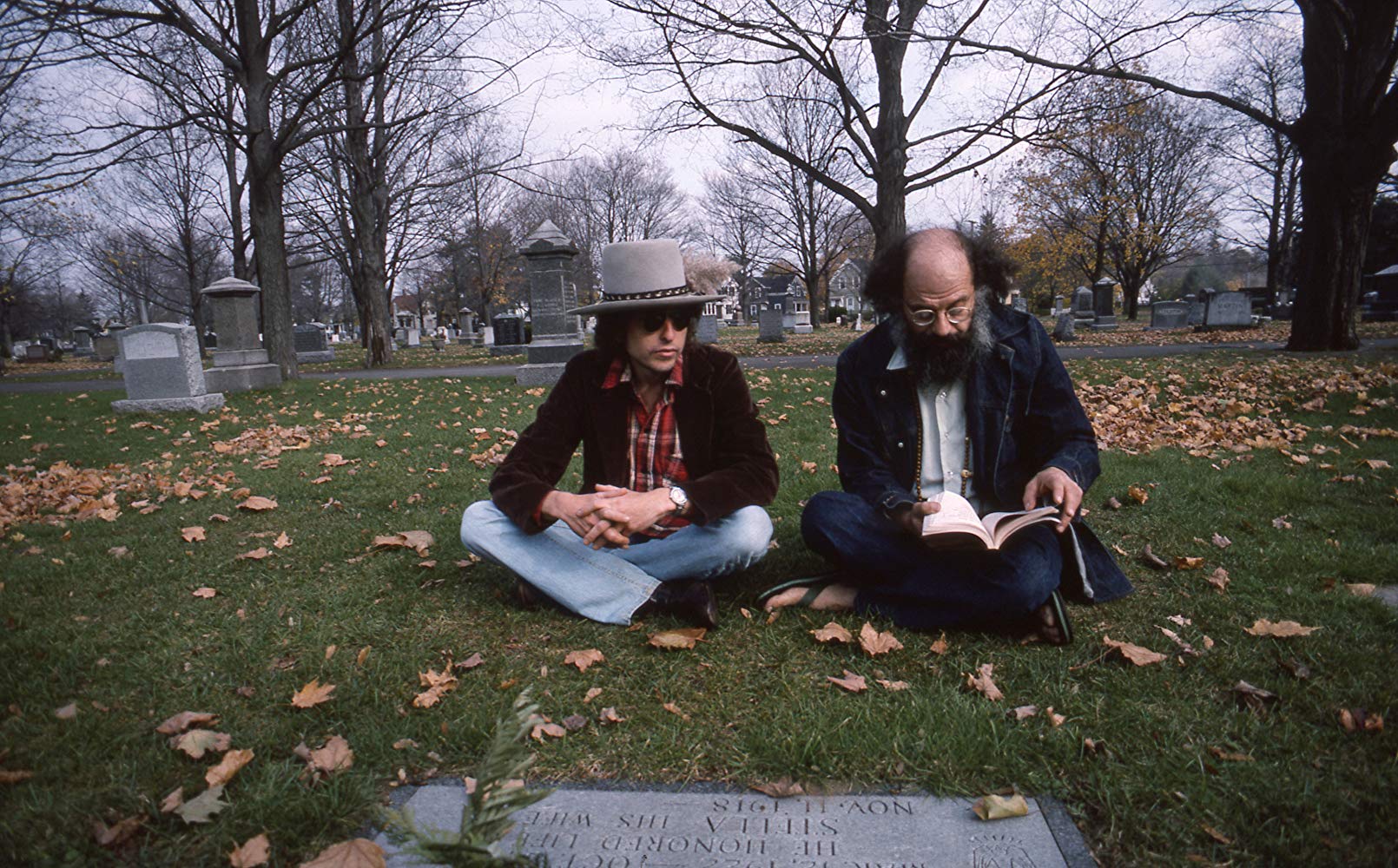 But for every single sidetracking goof, Rolling Thunder Revue showcases at least two transcendent time capsules. Dylan and Ginsberg sit down at the gravesite of Jack Kerouac. The troupe members take their troubles down to Madame Ruth in a joyous interpretation of “Love Potion No. 9.” Dylan follows along, grinning and awestruck, on Joni Mitchell’s breathtaking performance of “Coyote” at Gordon Lightfoot’s house party. Add Dylan’s own commentary, befitting the mask-wearing, train-hopping legacy of the creative trickster. Attempting to define and summarize (both anathema in the Dylan dictionary), Bob says, “I don’t remember a thing about Rolling Thunder… it happened so long ago I wasn’t even born.”