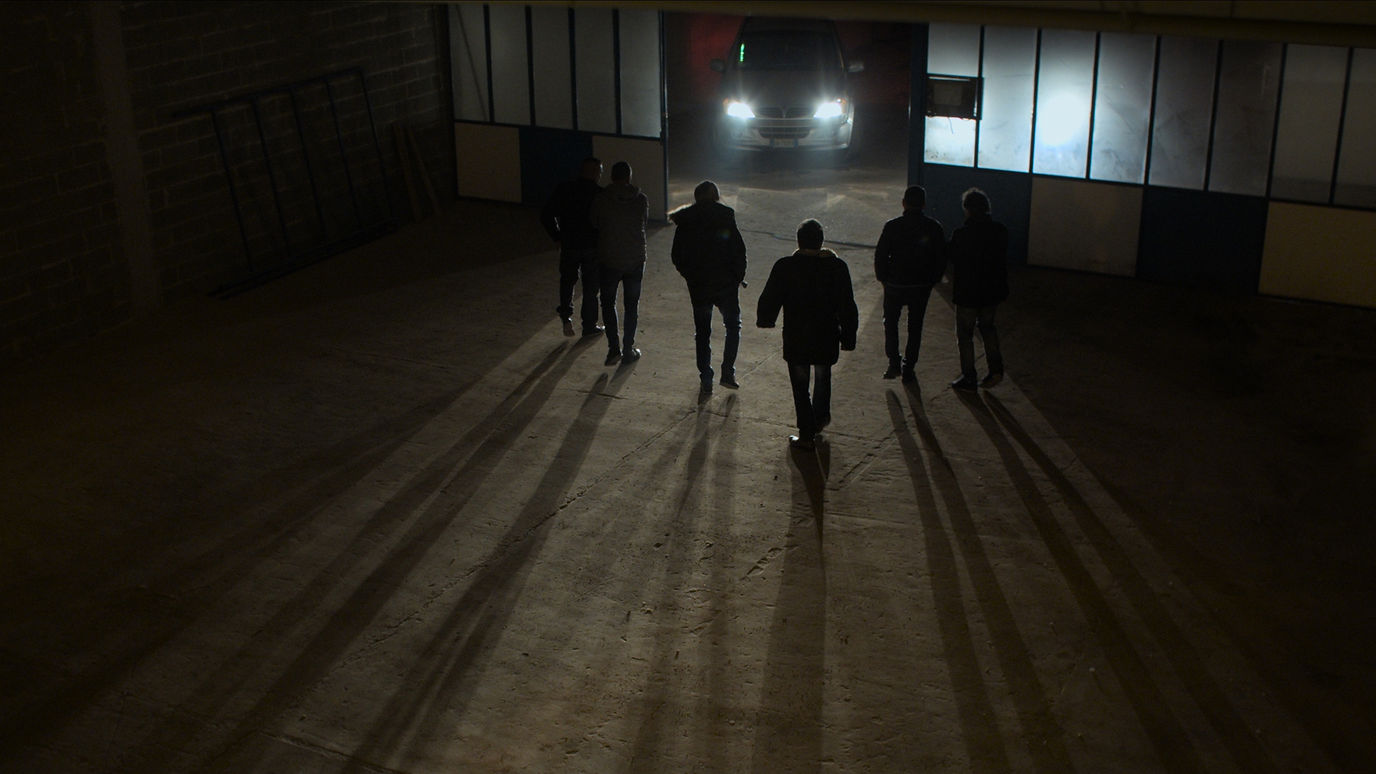 True crime has proven to be big business over the past few years, with Netflix hoovering up a slate of salacious docs that tap into a collective thirst for stories of real-life crime, whether that’s the miscarriage of justice tragedy of Making a Murderer or the stranger than fiction tabloid schlock of Tiger King. Alberto De Michele’sThe Last Ride of the Wolves sets itself up as a true crime documentary, with a “can you believe it?” premise. The filmmaker drives around a wintry town in northern Italy as his father Pasquale plans the much-vaunted “one final heist” we all know from the movies. The job is seemingly a real one, as are the interactions between Pasquale and his gang known as The Wolves. The truth, of course, is a bit more complex than that.

Static, dashboard-mounted cameras capture much of the action in The Last Ride of the Wolves. De Michele occasionally moves to handheld when the situation arises, but often in what looks to be semi-hidden spots, as if the filming was secret. Much of the engrossing action takes place in banal, mundane locations. This is not a glamorous Italy of Mediterranean sun-kissed beaches and historic villages, where the mastermind sips wine and dines al fresco in a designer shirt. This is a grim, rainy town (it is, to my memory, unnamed), built out of seemingly endless roundabouts, cheap roadside bars and chintzy gambling shops (Pasquale, it quickly emerges, has a lifelong gambling addiction, hence the film’s frequent returns to these spots). The heist plan does not involve sleight of hand or ingenuity, but extensive and dull logistical planning: the hiring out of an empty warehouse and the buying up of cases of wine to produce a temporary front business for the undertaking; the sourcing of a digger and a truck; the endless search for the inside man who proves tricky to find. It’s skillful work that the Wolves undertake, not a million miles away from, say, project managing a construction site, with a foreman and shifts to work. The difference is that they’re doing something illegal. 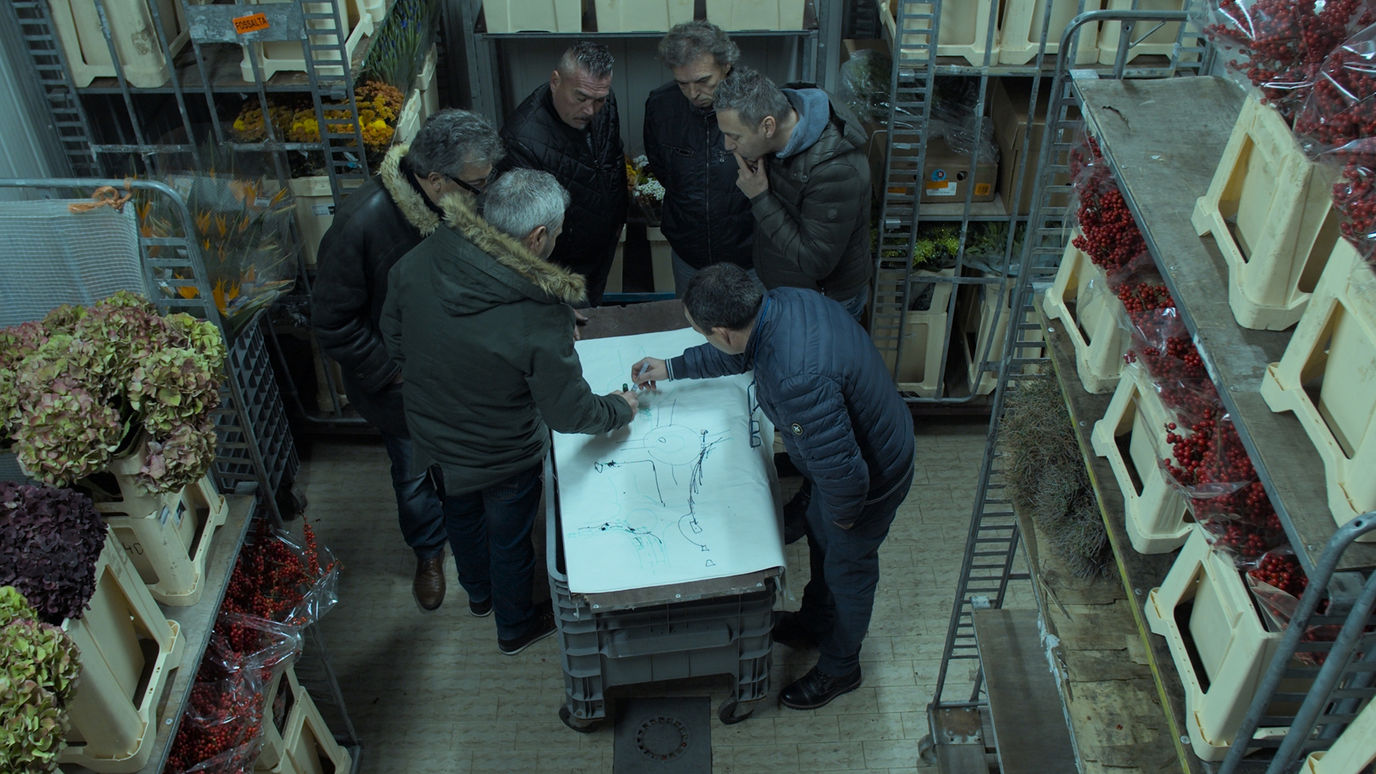 The glamor of criminality and the chance to walk on the seedy side of life has been a fundamental crux of cinema’s appeal since its early days (I myself am utterly susceptible to the glamours of crime depicted onscreen) and Di Michele plays on that appeal from the start in The Last Ride of the Wolves. Even stripped of elegance and glitz in this rainy post-industrial town, there’s something inherently gripping about watching a plump, aging man put together a plan to rob an armored truck of a couple of million Euros, getting irate at missing details and becoming increasingly stressed as the film goes on, aided by the confusion over the authenticity. In the final event, it’s a slight cheat. The director has explained that the real robbery failed. It appears that the film is a re-enactment of sorts, though even Di Michele was fooled at one point: in an interview with NL Now he states that he initially thought he was filming “the real preparation for the real robbery.”

Even so, that knowledge deepens The Last Ride of the Wolves’ focus on criminal identity. With the real robbery having failed, it’s as if the Wolves thought to themselves, “let’s film how we should have done it,”  a re-enactment to prove to themselves they still have it, a feat of showmanship as much as a feat of criminality. More moralistic viewers might question if The Last Ride of the Wolves is in reality glamorizing these men, but I think Di Michele is a couple of steps ahead, both embracing that glamorization and distancing the audience from it. 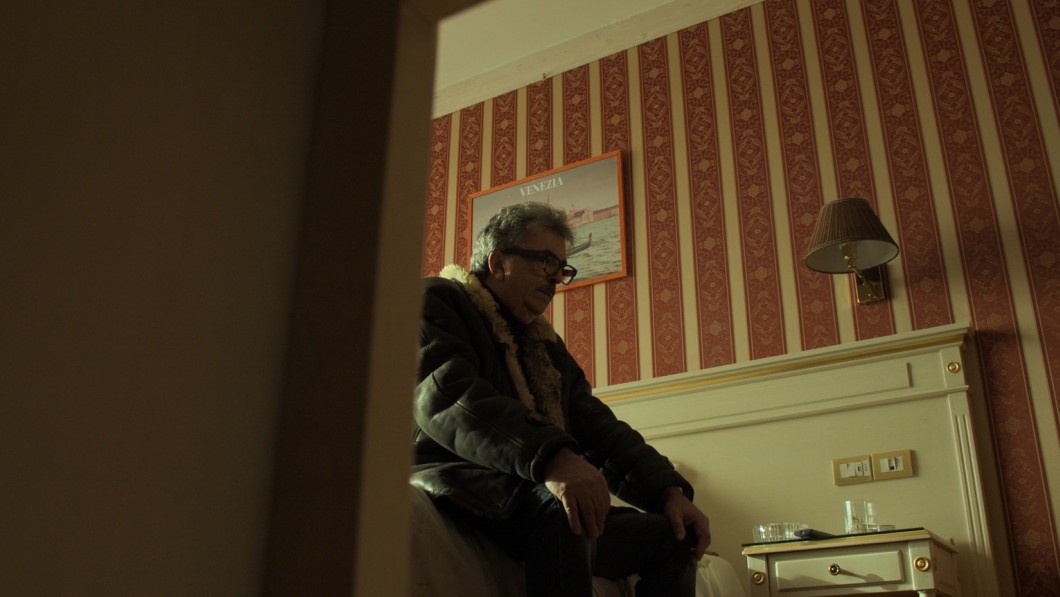 Even given how self-aware the film is of its own artificial, self-constructed nature, blending documentary and fiction, it’s never clear how much control Alberto quite has over the narrative, and he uses this to his advantage. His access to the criminal world is achieved only through his father — it’s rare for Alberto to engage with the other Wolves (and this is a film where the director is quite happy to insert himself into proceedings). It’s gradually revealed that Alberto and Pasquale have a troubled father-son relationship. The director grew up in the Netherlands with his mother whilst his father continued with low-level gangsterism, which leads to further questions — is this some convoluted attempt to reconnect with his father by putting him in the film? He continues to play on those questions throughout The Last Ride of the Wolves, challenging viewers to think about his closeness to the material, and constantly playing off fact against fiction and autobiography against auto-fiction,

The goals of the Wolves and of Alberto then gradually coalesce in an act of self-fantasization: for the former, the fantasy of a successful heist; for the latter, a stronger, stabler relationship with his father, achieved through giving him a cinematic role worthy of the one Pasquale imagines himself to be in. The final heist, as its filmed, switches to drone cameras and steadier, more familiarly “cinematic” filmmaking, an acknowledgement of the self-constructed nature of The Last Ride of the Wolves. And then there’s yet another ironic layer, with the director stealing away control of the narrative in the final moments, and attempting to put his own authorial stamp on the lives of these men, who themselves have made their living from taking what is not their own.

The final 20 minutes develop a little too neatly, the film’s hall of mirrors effect never quite fracturing into a million pieces, but instead providing clean visible reflections. Each pull back or reveal is just a little bit too obviously a counterpoint to the previous one. For such an inventive, enthralling work, it’s a disappointingly “easy” ending, but yet The Last Ride of the Wolves is a engrossing trip on the seedy side of life.