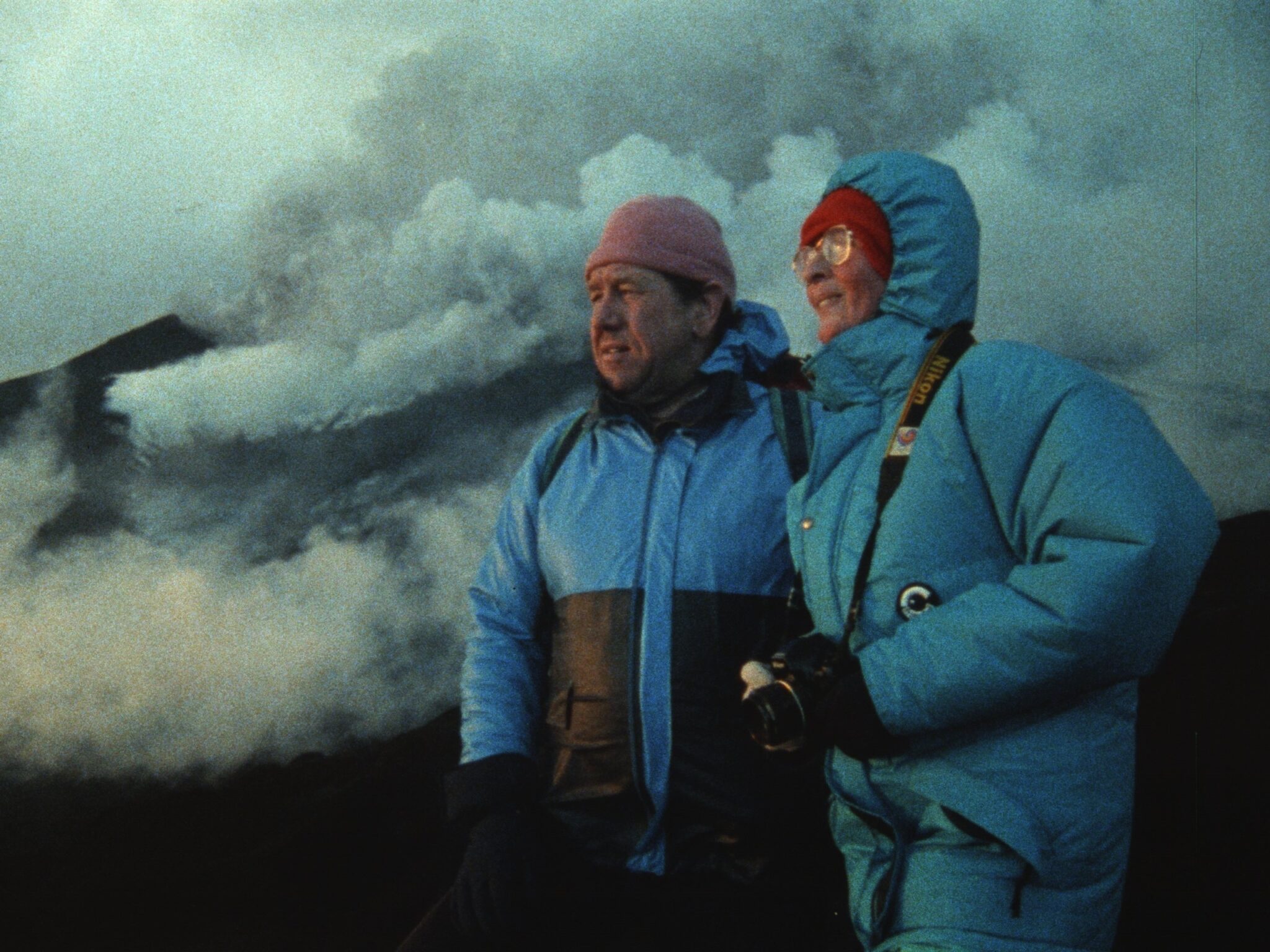 No doubt many cinephiles first encountered the tale of the charismatic French volcanologist couple Katia and Maurice Krafft in Werner Herzog’s 2016 film Into the Inferno, itself a spectacular meditation on the terrible wonders of pyroclastic flow. Another group would have made the acquaintance of the scientist-adventurers through the 1987 Nature episode “Volcano Watchers,” broadcast just four years before their deaths on June 3, 1991 in the eruption of Japan’s Mount Unzen. Documentary filmmaker Sara Dosa honors the legacy of the intrepid pair in Fire of Love, her entertaining and accomplished master class in assemblage. The film was one of the opening night features of the 2022 Sundance Film Festival.

The Kraffts may be better known in their native France than in the United States, but American viewers will immediately recognize a kinship with Jacques Cousteau, arguably the most famous of the do-it-yourself conservation and ecology heroes of the 20th century’s second half (and the subject of Becoming Cousteau, the 2021 documentary by Liz Garbus). Dosa, like Wes Anderson in The Life Aquatic with Steve Zissou, seizes on the stylish allure of entrepreneurship in Fire of Love: authoring books and delivering lectures; making regular appearances on talk shows; writing, producing, photographing and editing educational nature films. 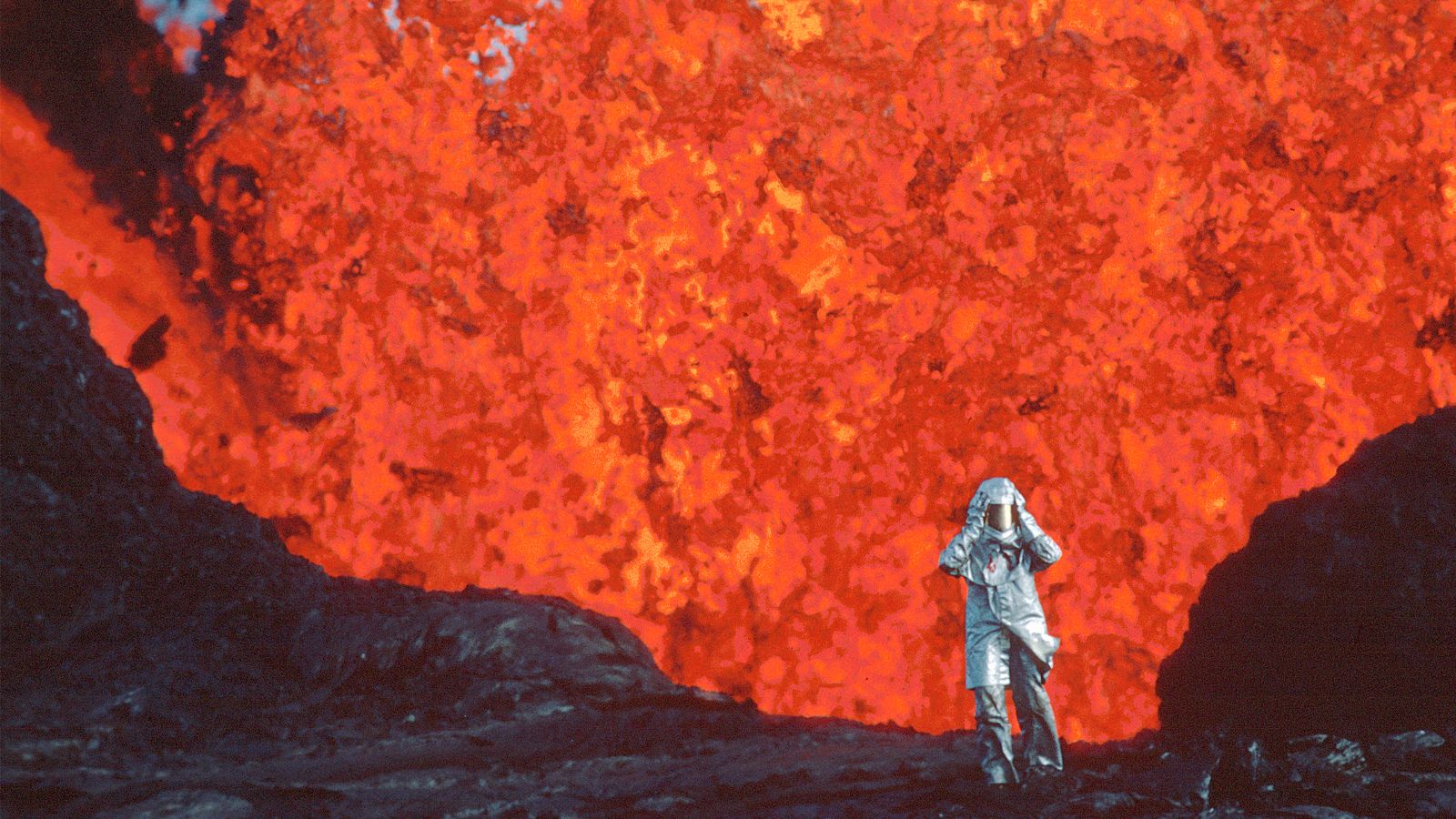 Dosa also embraces an Andersonian appreciation for filmmaking focused on Gen X childhood nostalgia — as well as the kind of deep Francophilia on display in The French Dispatch — illuminating Katia and Maurice as hip avatars of the intellectual godhood of physics, chemistry and geology. In their Team Zissou-esque matching red stocking caps, the Kraffts and their collaborators perform all sorts of colorful and hair-raising experiments that, at least for the less sensible Maurice, appear to be as much about playing to the camera as they are about hard research and data collection. At one point in Fire of Love, Maurice floats out on a lake of sulfuric acid in a rubber raft, leaving a furious Katia fretting on the shore.

The partnership of the Kraffts is, of course, Fire of Love’s raison d’être, and Dosa is fully aware that the rarity of the single-minded lovers is the heart and soul of her film. Katia and Maurice are equally obsessed by and addicted to the awesome power of volcanic activity. They speak a special language with a certain vocabulary known only to the other. In one sense, Maurice and Katia experience an ongoing, romantic ménage à trois with the volcanoes, although Maurice never did accomplish his impossible dream of inventing a lava-proof kayak/bubble that would allow him to ride directly atop a molten river. 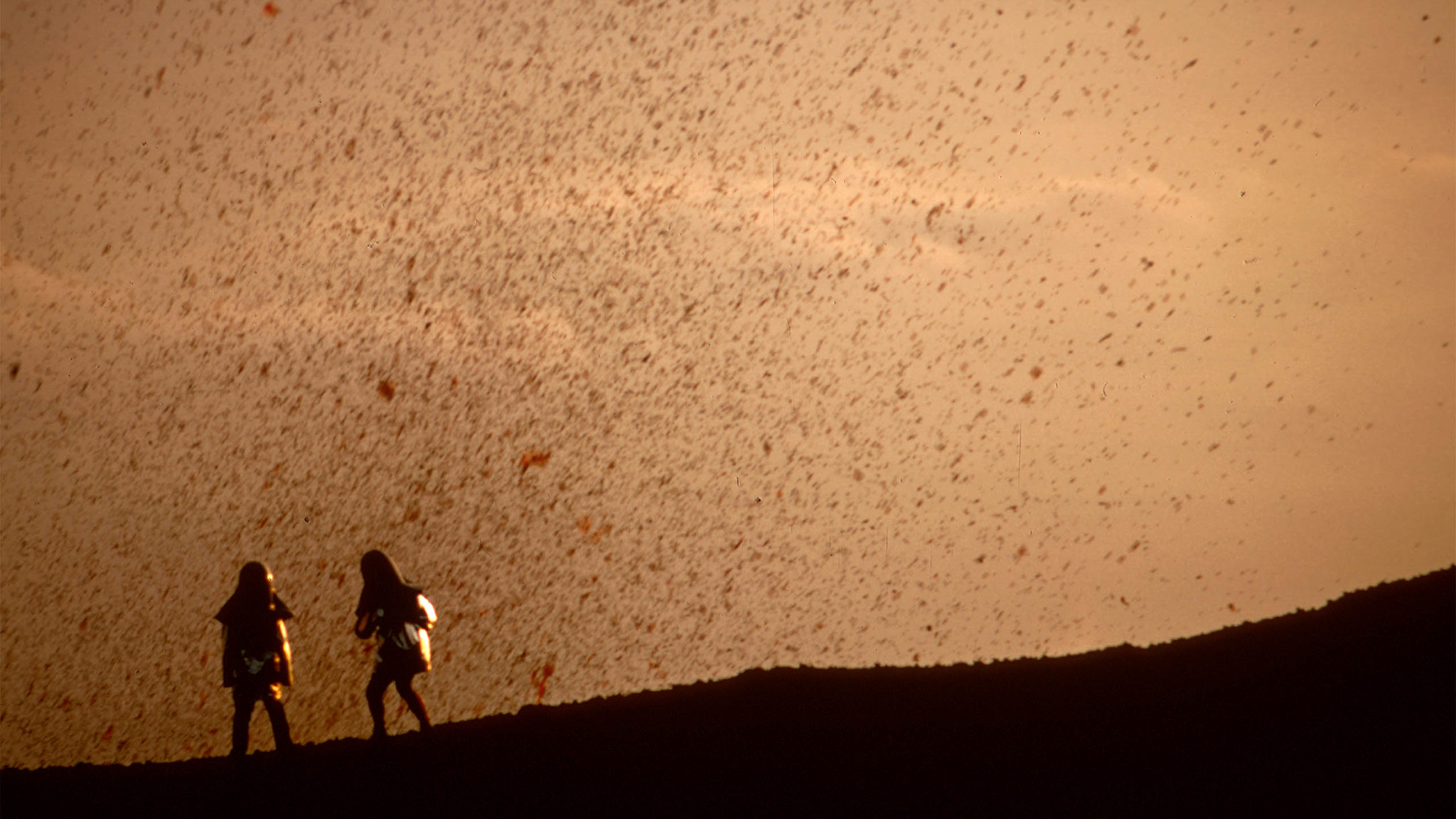 The morbidly curious might watch Fire of Love to see how Dosa handles the tragic final moments of the Kraffts (Katia was 49 and Maurice was 45 when they died). With tastefulness and grace, she emphasizes the joy and passion that they applied to their vocation, and her decision to enlist Miranda July as the film’s narrator is absolutely perfect. And the incredible soundtrack, which uses needle-drops by Air and Brian Eno in between Nicolas Godin’s retrofuturistic flourishes, deserves a deluxe Mondo pressing on lava-red vinyl.