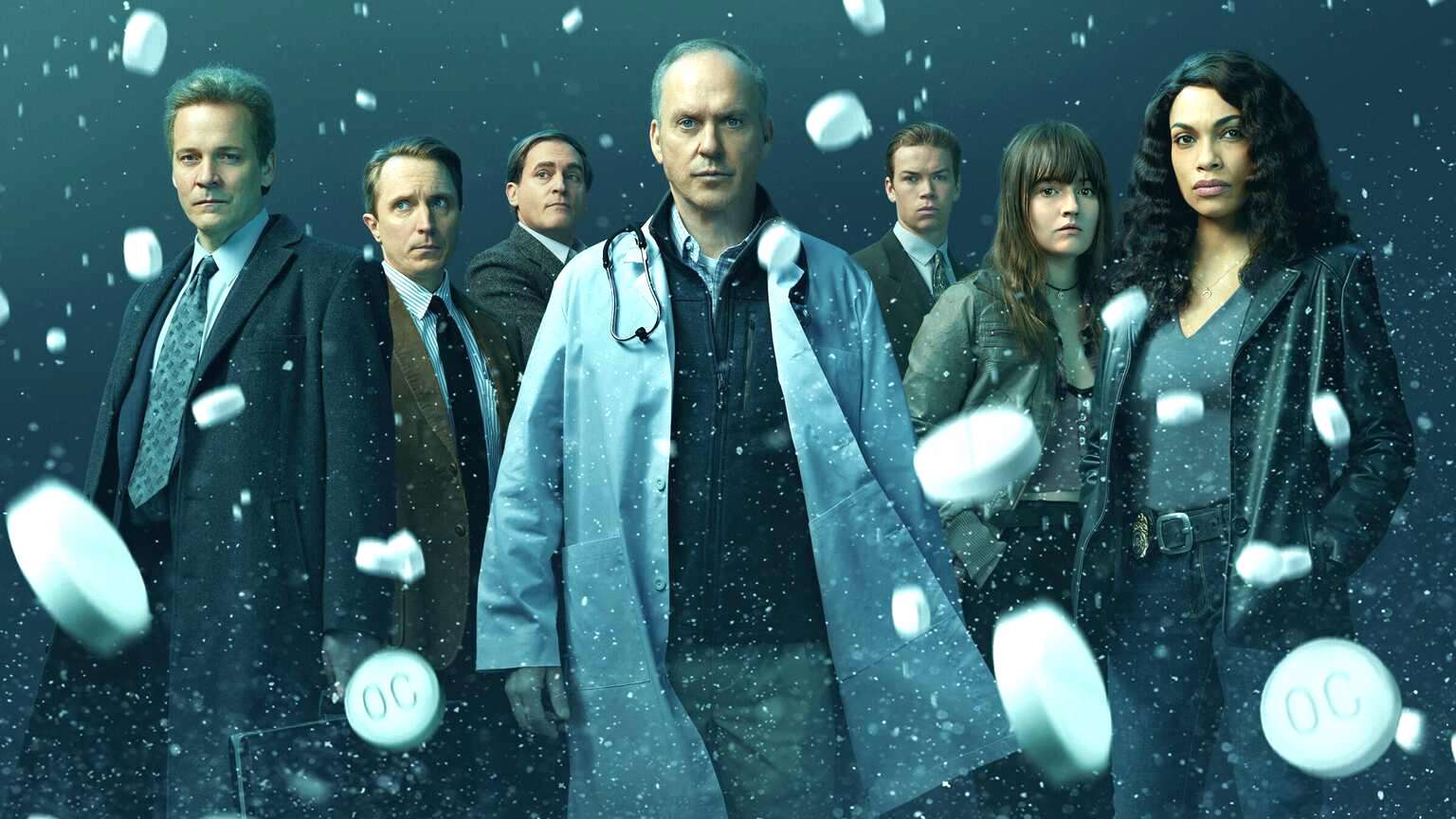 Based on Beth Macy’s 2018 novel, Dopesick chronicles the opioid crisis in America. The storyline jumps back and forth in time to explain how Richard Sackler of Purdue Pharma developed OxyContin and marketed the drug across the world. In one subplot, an Appalachian doctor grapples with his life decisions after prescribing Oxy to various members of his Virginia community. Meanwhile, U.S. attorney Rick Mountcastle investigates Purdue Pharma’s long-term business strategy. Here’s every main performer and character in Dopesick.

Character Profile: A doctor in Finch Creek, Virginia. He focuses on helping the community after losing his wife, Shelley, to ovarian cancer. Samuel experiences a moral crisis after several patients die from OxyContin overdoses.

Character Profile: A U.S. attorney in Virginia. In 2005, he realizes that OxyContin is the main source of crime in his region. Rick pursues a case against Purdue Pharma after discovering that the company funds various pain support groups.

Character Profile: The president of Purdue Pharma. He develops OxyContin and creates the condition known as “breakthrough pain” in his pursuit to heal the world. Richard refuses to take breaks and tries to get OxyContin approved in Germany.

Character Profile: Rick’s colleague, an assistant U.S. attorney. He is diagnosed with prostate cancer and refuses to take OxyContin. Randy helps Rick make a huge breakthrough in the case against Purdue Pharma.

Character Profile: The DEA’s deputy director of the diversion division. She realizes that high school students have become addicted to OxyContin. Bridget gets promoted and teams up with Rick.

Character Profile: A Purdue Pharma employee. She graduated from Harvard University and threatens pharmacists with lawsuits if they don’t sell OxyContin. Amber pursues a relationship with her colleague Billy.

Character Profile: Betsy’s father. He’s a religious man who doesn’t realize that his daughter is a lesbian. Jerry receives advice from Samuel and asks Betsy to leave after learning the truth about her sexuality.