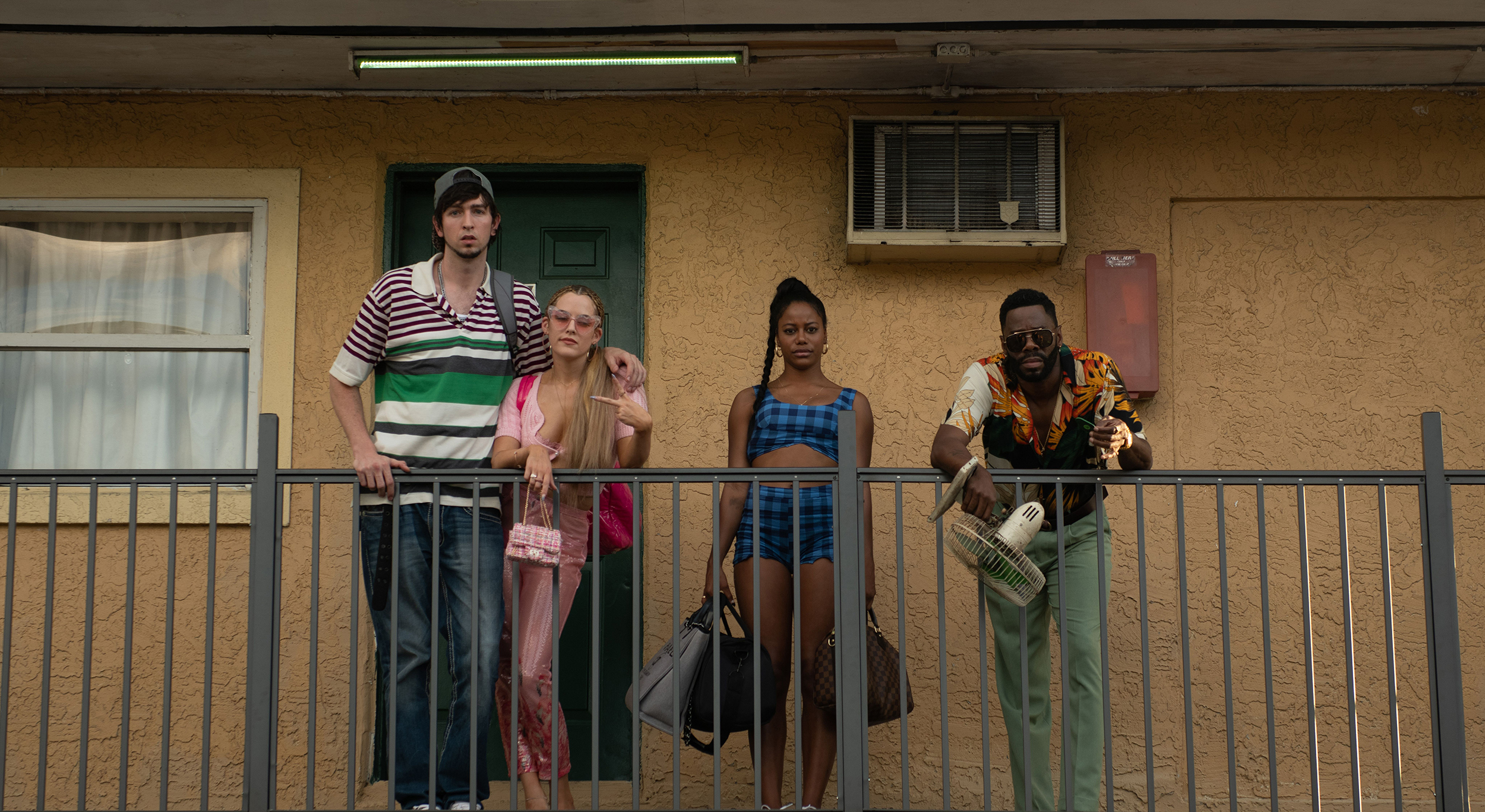 Skirting the line between a road trip buddy comedy and a social commentary on sex work, race and social media, Zola is an exciting, albeit frustrating entry to the “social media” genre (which includes titles such as 2021’s Profile and Mainstream). Janicza Bravo’s film was inspired by a 2015 viral Twitter thread from the real-life A’ziah “Zola” King, who chronicled a violent, fraught car trip of two strippers. Despite its artful idiosyncrasies and thrilling story of sex and murder, Zola’s perspectives on sex work, as well as the handling of its titular character, make it an uneven but still worthy watch that falls short of brilliance.

Zola begins with a shot of a black woman and a white woman standing side by side, freakishly staring at mirrors. The black woman, the titular Zola (a quietly affecting Taylour Paige), recalls when she first met the other woman, the racy, motormouth Stefani (an aggressively ferocious Riley Keough), at a restaurant. Shortly after locking eyes with Stefani, Zola danced with her at a strip club that night, beginning a friendship. One weekend, Stefani offers Zola to join her for a striptease in Tampa. Accompanying the duo on the car ride are Stefani’s foolhardy but loving boyfriend Derrek (a heartening Nicholas Braun) and the mysterious driver, the soon-to-be-revealed-as Stefani’s pimp, X (a chillingly demonic Colman Domingo). Zola’s weekend will be disrupted, with X’s forced sex work on Stefani causing dangerous scenarios. 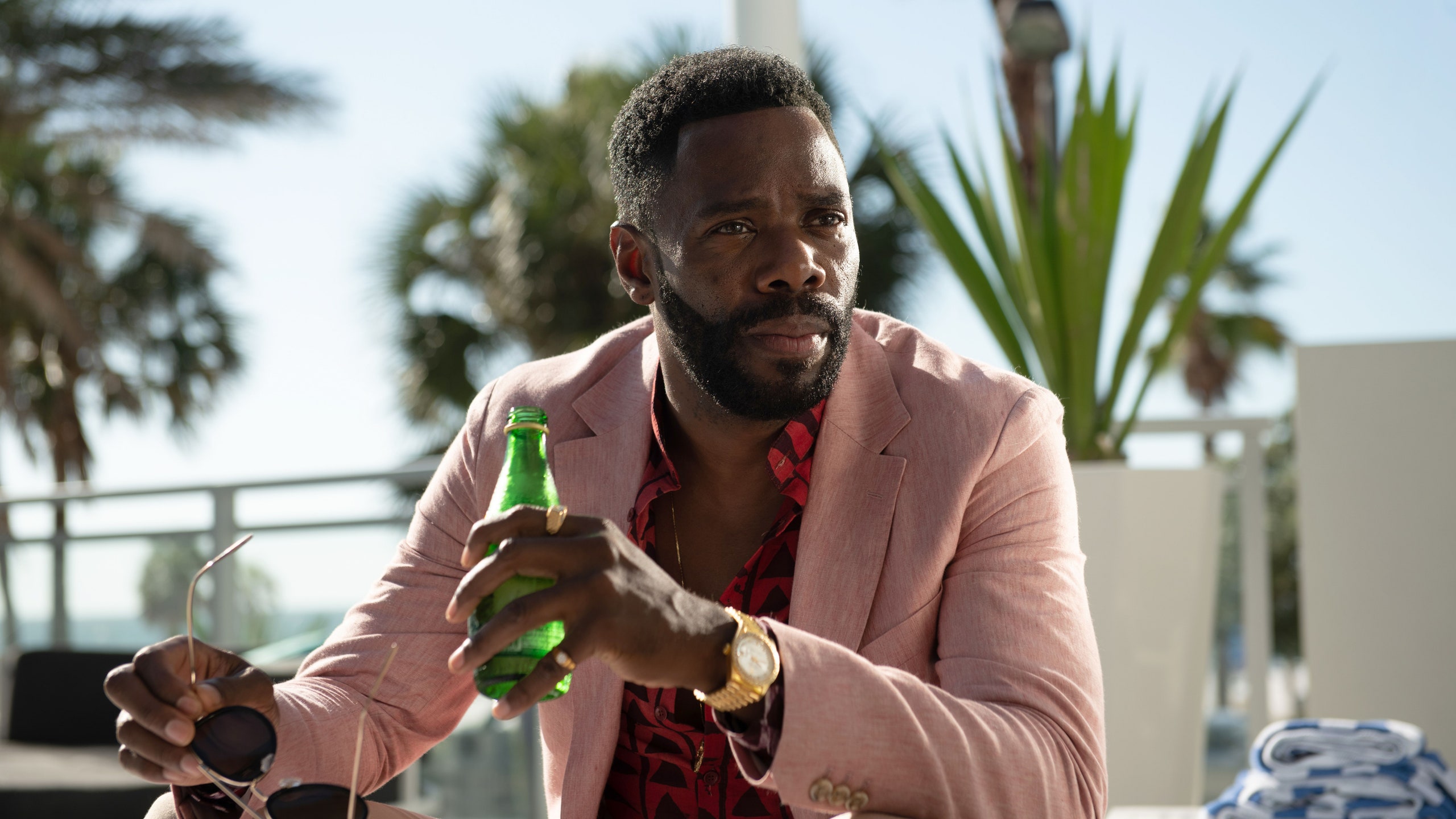 Consider the scene in X’s car when Zola realizes the selfies she just took with Stefani are being promoted on the web for sex work. As Zola leaves the car, X’s accent changes, and his mood shifts, highlighting his transformation from innocuous car driver to unhinged psychopath. X threatens Zola, reminding her he knows where she lives and works. Domingo is menacingly sharp, delivering blows of misogyny and violence with a kind of joy that is awesome to behold but uncomfortable to experience.

Such a duality of sublime and discomfort runs throughout Zola. There is a scene when X hands Zola a loaded gun while on a hotel balcony; their voices are muted, amplifying the anxiety, but the characters are also depicted as gorgeous silhouettes, standing against the backdrop of water in the background.

The crew generatively translate the film’s source material, offering a unique take on conveying social media in cinema. Cinematographer Ari Wegner and editor Joi McMillon complement King’s bite-sized incessant tweets not with fast-paced editing or flashy sequences but with slow-moving montages and shots that situate the human face and body in the center of the frame. Composer Mica Levi’s sumptuous strings give such patient images a beauty that invites both awe and uneasiness. 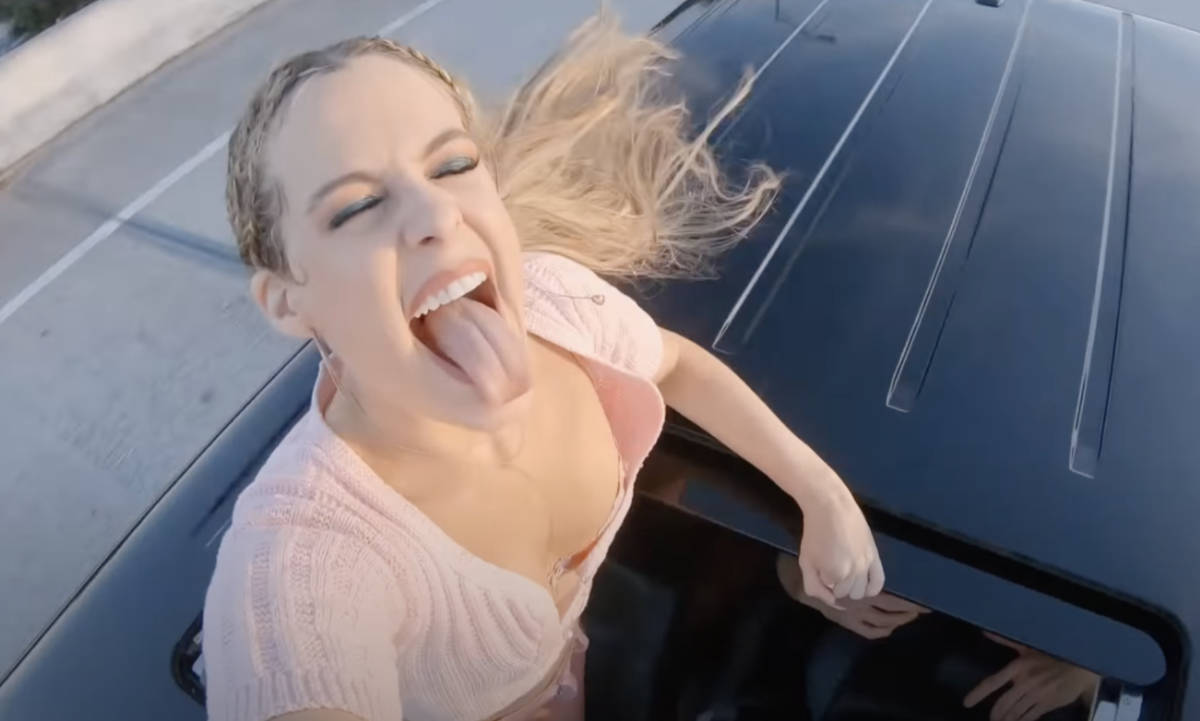 Unlike its filmic accomplishments, Zola’s perspective on Stefani’s sex work is disappointing. When Zola — who never engages in sex work — increases Stefani’s costs from $150 to $500 a session, business booms. Men flood Stefani’s hotel room, and Zola acts as both business manager and security guard, vetting clients at the door while giving Stefani judgmental looks. By associating a raunchy character with sex work and framing her as either a negative, trashy force (Stefani’s style and speech appropriate hip-hop culture) or a helpless victim, the film gives a conservative perspective on sex work weakening its progressive spirit.

Zola’s character is mostly a spectator. Paige’s subtle mannerisms — which consist of eye rolls to stares — inspire laughter and provocation, despite her character being ridiculed and bullied for her race countless times. Outside of nimble facial movements, Zola remains a mystery, and her presence is overcome by the most captivating character, the offensive but maddeningly memorable Stefani, who dominates the screen with a bold sense of not caring for anyone but herself. Keough’s performance lies somewhere between freedom and emptiness, with Stefani’s appropriative sensibilities a reflection of empty cultural space, but one that allows her to be free and not feel out of control.

Zola is riveting, and the film’s rich array of cinematic techniques and performances upend convention, even if its narrative and story tend to falter.