Why do we like to be scared? It’s a question that occurs to nearly everyone at some point, from those who celebrate Halloween to those who love roller coasters all the way to huge horror fans. Horror filmmakers especially love to reckon with the concept — Wes Craven’s entire career, for instance, attempts to answer that central question. Those who make horror films seek to exploit primal, universal fears, but they also know that putting what scares them on screen is autobiographical and, in a way, confessional. Are the violent and taboo stories they tell merely creative metaphors for everyday issues, or might there actually be something wrong with them?

Scare Me, written and directed by Josh Ruben, attempts to encapsulate all these facets of the horror genre, and for the most part, it succeeds. Like many a classic horror film, its setup is deceptively simple: attempting to leave his advertising career behind and become a successful horror author, Fred (Ruben) rents a remote cabin in the snowy woods, looking forward to being alone in order to write what he thinks will be a fantastic werewolf novel. After writer’s block causes Fred to venture outside, he meets actual successful horror author Fanny (Aya Cash), and when a power outage knocks out the electricity to their adjacent cabins, Fanny dares Fred to a game of telling each other scary stories. As the stories continue, Fred reveals more about his past, and the truths he reveals start to sound troubling… or is he just playing the game? 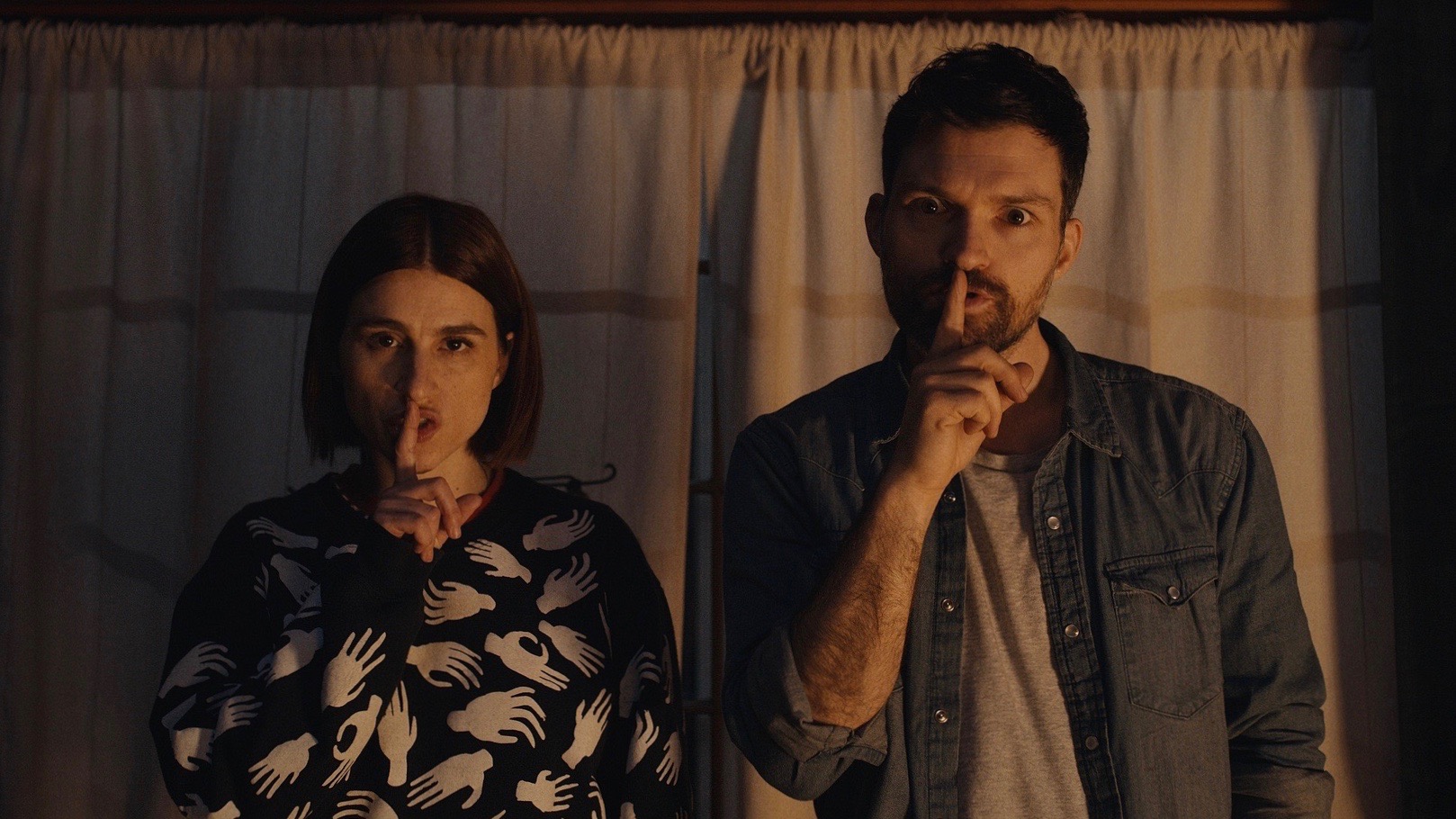 Scare Me takes a while to get going, awkwardly finding its footing through its opening scenes, but when it settles into the long night of storytelling in the cabin, Ruben’s debut feature becomes a total delight. Its structure is revealed to be a rather ingenious riff on the horror portmanteau film, as each story tells is its own self-contained tale. The movie could’ve been an anthology film (there certainly is precedent, as movies and shows like Are You Afraid of the Dark involve wraparound characters telling stories to each other that are then dramatized), but instead, Ruben has Fred and Fanny tell their stories to each other by performing all the parts themselves. To give Scare Me more of that anthology feeling, the sound design and cinematography changes accordingly with each story, as Ruben shoots himself and Cash as if they were in the dramatization of the story instead of standing in another corner of the cabin. The effect is delightful, landing somewhere between theater and sketch comedy — indeed, Saturday Night Live’s Chris Redd shows up as a pizza delivery man in the third act, and promptly joins in on the storytelling.

As that description implies, Scare Me is an exceptionally funny movie, but it’s also (crucially) not solely a comedy. There are lots of gags and bits, but, for the most part, Ruben gets laughs out of juxtaposing the horror stories with the characters acting them out, a gimmick that wouldn’t work as well were the stories themselves not compelling on their own. As the duo (and, later, trio) tell the tales of a werewolf home invasion, a creepy old man returning from the grave, a troll lurking inside an office building and a singing competition show contestant possessed by the devil, there are some genuine scares and an eerie vibe that develops. This is thanks in large part to the cast, who create some spooky characters using just their voice and facial contortions while the sound design changes the tone so effectively as to be credible while still being silly. Although this style is altered once or twice (there are a few glimpses of a physical werewolf creature, for instance, which seems to promise more of the same that never comes), it overall allows the film to be firmly in the horror-comedy camp, rather than be too weighted to the comedy side.

Further cementing its status as a horror film is Scare Me’s conclusion, which drains as much of the comedy out of the proceedings as possible. It’s in this ending, along with the opening and other tangents during the body of the film, that Scare Me gets a little messy, albeit in a fascinating way. Ruben, of course, is the major guiding force, and there are numerous instances of Fred being a thinly veiled self-depreciating and critical version of himself. Ruben seems to be self-aware as to his status as the movie’s triple threat, and calls himself out as much as possible. Perversely, it both takes any possible arrogance out of the film while making the movie highly egotistical, as Ruben, through Fred (and Fanny, to an extent) works through his own fears as an actor and filmmaker. Past all the horror trappings, Scare Me is a movie about the joy of creativity and the problematic (and deep seated) reasons behind that creativity, and also a light critique on the genre for making entertainment out of someone else’s pain, whether that someone is real or fictional. A scary story, well told, will always have an audience, no matter the origins — after all, we can’t help but want to be scared.