IFFR 2019 Bright Future Review: Brian Follmer’s ‘Out of Sight, Out of Mind’ 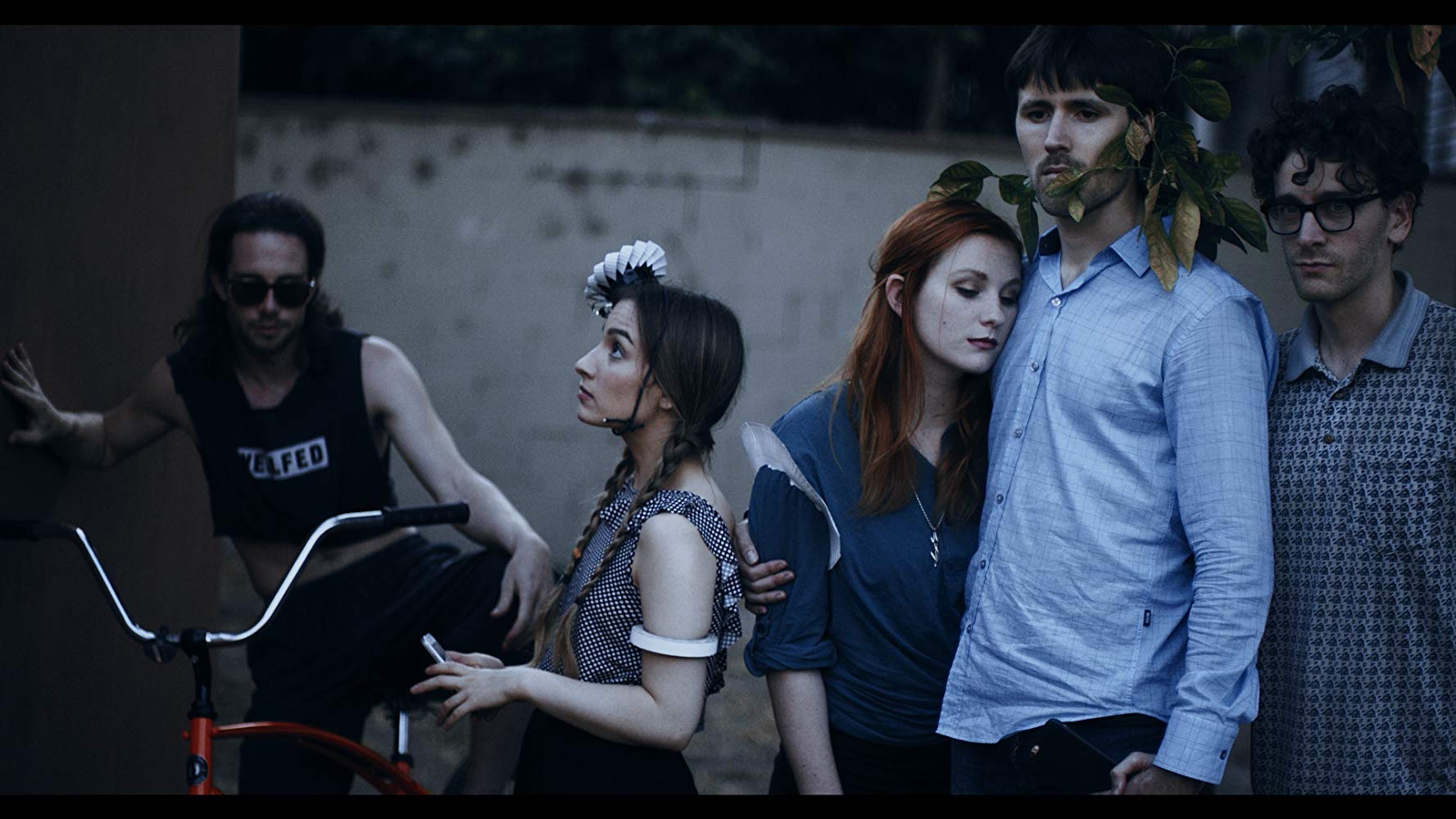 Toward the middle of Out of Sight, Out of Mind, written and directed by Brian Follmer, main character Travis (Adam Leotta), having recently moved to New York, creates an OkCupid profile. His narrator self, a constant presence throughout the film, speaks about the difficulty of selling himself in his bio, saying, “I’m unsure of the appropriate ratio of irony to honesty.”

It’s a statement with three shades that ripple across the film. Travis is a snarky, full-of-himself protagonist, obsessed with water fasting and fervently anti-drug — and Follmer characterizes him rather effectively. And much of the film dissects the inevitable invasion of capitalism into young people’s lives, from personal passions, like making YouTube videos, to romance, like being on Tinder. Finally, Out of Sight, Out of Mind has a bit of trouble balancing irony and honesty itself.

Out of Sight, Out of Mind follows a group of friends who begin to drift apart when one of them, Michael O’Brien (Brian Follmer), spirals out of control due to mental health problems and they realize that they’re unable to help him. The friends all try to find identity in their own goals and in love, before becoming the very things they despise, bringing them back together to appreciate their friendship.

The concept sounds as though it fits in with the recent rise of mumblecore in American film, but it brings a satirical edge to the aggressive hipsterism through Travis’ immediate narration. Travis’ trip to Mexico to find himself, a cliche of white liberalism, turns outwardly absurdist with his commentary — as do many other similar moments throughout the film. 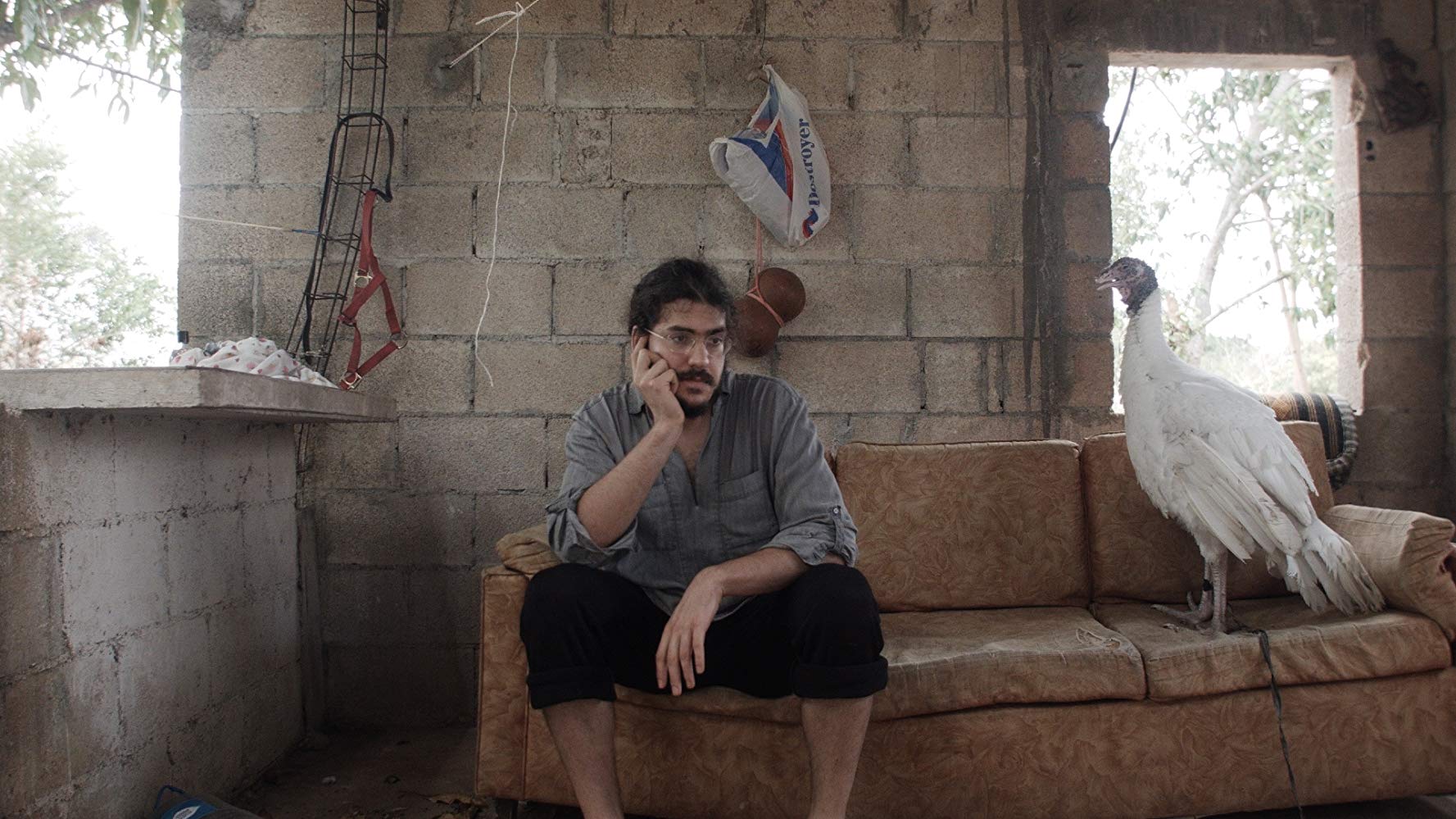 As Out of Sight, Out of Mind moves to its second act, and O’Brien takes on making YouTube videos, the satire becomes colored by a chaotic randomness, as Follmer performs with a jittery intensity that has his character speaking gibberish on occasion. That aspect — intertwined with the capitalism storyline, which invades O’Brien’s YouTube endeavors — makes clear statements that the coastal millennial experience can be a traumatizing one, full of whiplash, especially in an increasingly technological world.

In that, and in the film’s apparently semi-documentary nature, Out of Sight, Out of Mind feels more in spirit with the content appearing on YouTube, such as from popular creators Sugar Pine 7, who make similar blends of fiction and non-fiction about a friend group’s chaotic experiences in the contemporary world. The film and Sugar Pine 7 even have an odd number of specific similarities, such as the use of gibberish-laden dialogue and improvisational-style comedy, as well as a scene of escape to a remote cabin in the woods to get away from the whiplash.

But the tone and style of Out of Sight, Out of Mind only holds up for so long. As the film strays from Travis and O’Brien, the story can feel unengaging in its directionlessness. Even when it makes a pointed commentary about capitalism and the emptiness it causes, which would seemingly account for the film’s aimless energy, it fails to dig deeper than what it’s already set up, overemphasizing its themes or even outright stating them. Either that, or the emotional weight that should come from certain dramatic events, such as a breakup, is pushed aside for commentary or comedy.

It’s just as Travis fears with his OkCupid profile — an uncertainty about the appropriate ratio of irony to honesty. But rather than falling entirely off the deep end, Out of Sight, Out of Mind finds a solidly affecting balance of lightheartedness, satire and true, resonant emotion in its final 20 minutes, as the friends come back together to rid both literal and metaphorical toxins from themselves with one of Travis’ good old water fasts.

Tagged as: Drama, Kyle Kizu, Out of Sight Out of Mind