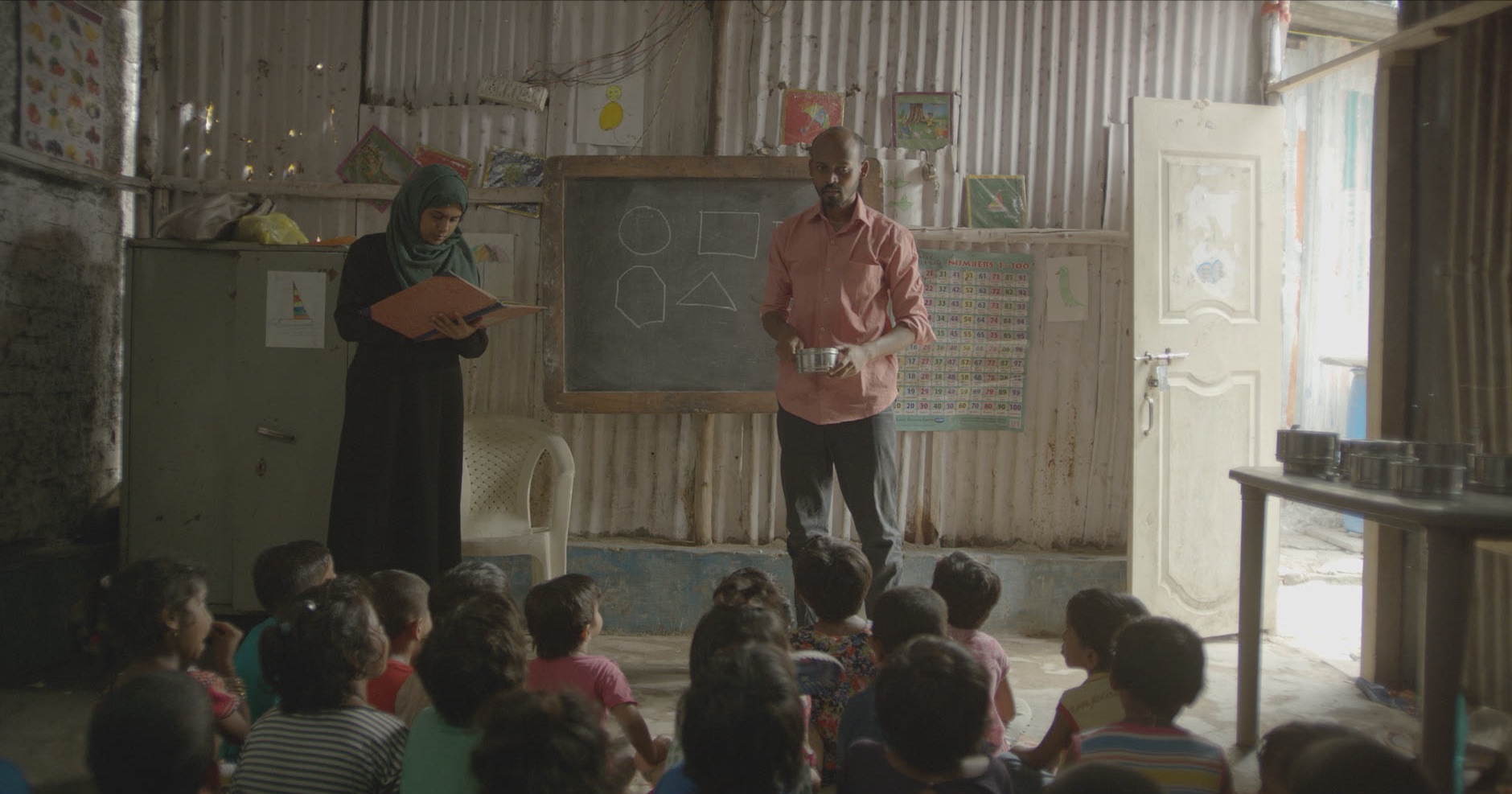 Directed by independent filmmaker Kuldip Patel, Powai (2022) follows three working women in a Mumbai suburb. The film is an ode to the resilience and tenacity that Indian women confront daily in a society governed by a patriarchal set-up. Powai premiered at the 2022 New York International Film Festival, where it won the award for Best Screenplay. I recently spoke to Patel about the creative and physical process of making the film.

Dipankar Sarkar: You began your career as a technocrat. How did you get interested in becoming a filmmaker?

Kuldip Patel: Well, I am still juggling both. Since childhood, I always loved two things: math and movies. The exposure, however, was limited to Hindi films. During my post-graduation [period], I got my hands on some foreign and regional films from the LAN on campus. I discovered films by [Akira] Kurosawa, Satyajit Ray, [Quentin] Tarantino and [Alfred] Hitchcock, as well as films from Korea, Europe and other parts of the world. It changed the way I perceived movies. They can be set in a very realistic world and not in some La La Land. After DSLRs became more accessible, I started making some short films and started writing stories and scripts. Eventually, Dhunki (2019) — my first film as one of the producers — materialized.

DS: Why did you make the creative decision to set Powai in a posh suburban region of Mumbai?

KP: In most cases, debut films are from lived experiences. This isn’t the first film I wrote, but it did come out from my surroundings. I live in the same suburb. It is a very interesting place where exorbitantly priced high-rise apartments are surrounded by slums that are going through redevelopment. Its demographic diversity is fascinating. You happen to meet migrants from various corners of the country working in different domains and living starkly different lives in this closely knit neighborhood. It is sort of a microcosm of India. Powai is quite cinematic, too, with hills, lakes, parks, office complexes and underbelly lanes. The film took birth from my research around slum dwellers, working-class people and techies around me, over the years.

DS: In Powai, three women from different economic backgrounds — though not interconnected with one another — navigate through the vagaries and obstacles of residing in the maximum city. Tell me about the structure of the screenplay you had in your mind while you were in the writing stage.

KP: Powai was conceived as an anthology, but the stories would be loosely intertwined as the characters are living in proximity to each other. And, at some point, their paths are likely to cross.

DS: The three women of Powai — Usha (Smriti Mishra), Rubina (Shruti Pandey) and Atashi (Urmila Mahanta) — display courage when confronted with hindrances. But they have to finally negotiate with situations that appear to be beyond their control. What were the traits you were looking for while shaping these characters?

KP: In the maximum city, everyone has aspirations to make a better living for themselves. So all three women happen to be working. They all are well-[mannered] and try to claim their autonomy against the circumstances and the challenges the city poses.

DS: Any particular reason why you opted for the character of Atashi to belong to Assam?

KP: Mumbai is a city of many migrants. I wanted to take the farthest one in this case. Moreover, the northeastern people have their struggles in mainland India. 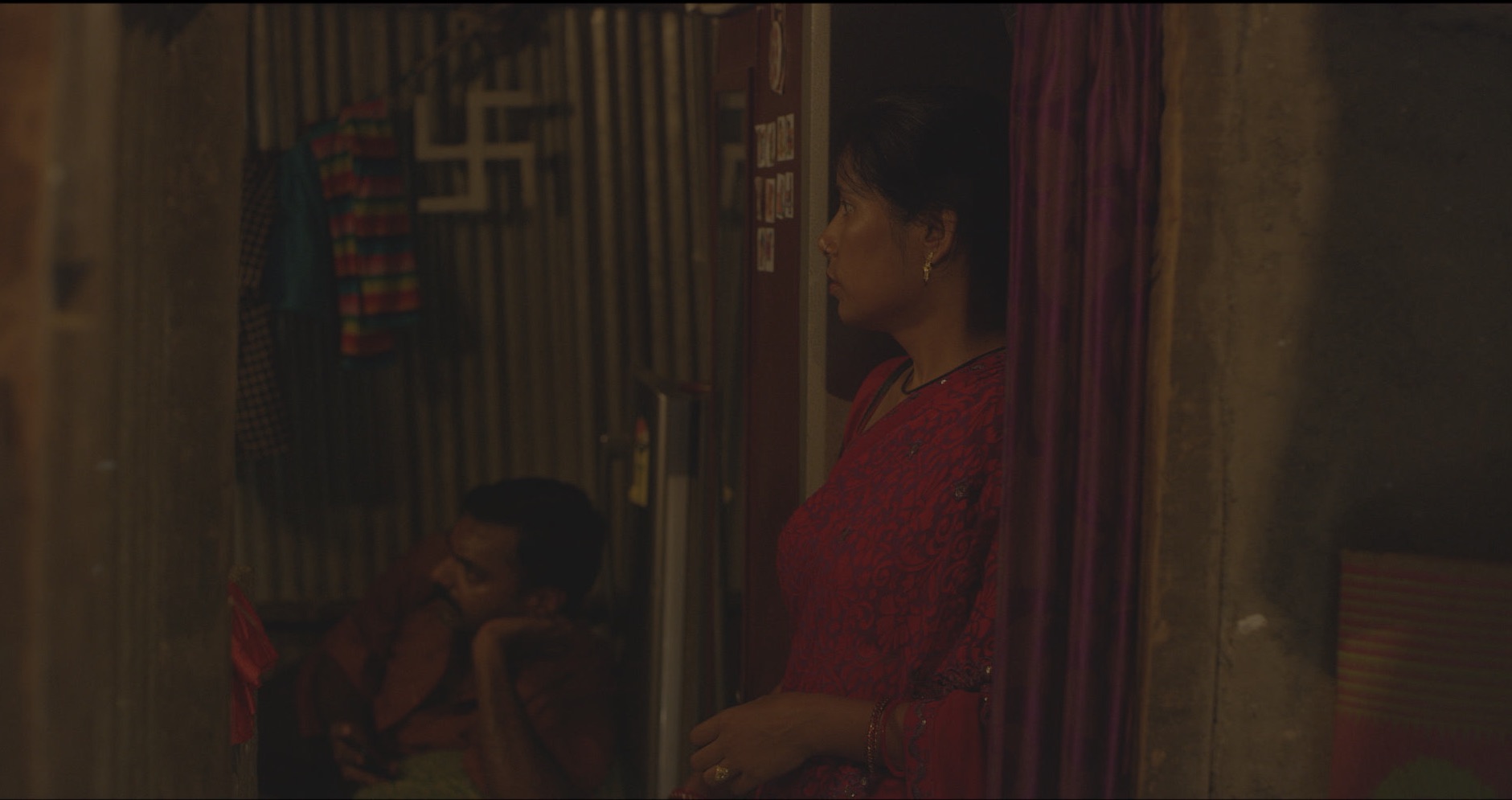 DS: Tell me about the process of casting the actors for Powai.

KP: Our casting directors have worked under more prominent casting companies, and they are well-connected with some really good actors who have been doing theatre, ads and TV shows like Crime Patrol amongst others. We did not have the budget for doing extensive auditions, but we did an adequate number of auditions for each character and found actors who looked the part and [could] bring realistic performances to the table. All the prominent characters you see in the film are professional actors. All credit goes to our casting directors and the actors for the outcome. Urmila Mahanta is a significantly known name in Assamese cinema. We also did some workshops in pre-production with the actors who had at least two scenes.

DS: How did your experience of being a producer help you during the making of Powai?

KP: Oh, tremendously. The film’s biggest achievement is the way we pulled off the production. Starting from location hunting, casting, art direction, on-boarding the crew members, shooting and logistics, everything went mostly as planned and largely within the budget limits.

DS: You chose different locations to set the milieu of Powai. Did you have to encounter any hurdles while shooting in these spaces?

KP: There were many hurdles. The entire film [was] shot in real locations. Since it is about a suburb, our requirements for the locations were very specific and had to be in the suburb itself. Except for some interior scenes, there wasn’t a scope for cheating. We had to first find suitable locations/houses and convince the residents to permit us to shoot and adjust their daily schedules. It was a very challenging process. At one point, one of the local leaders stalled the shoot and asked for an unreasonably high ransom for it to continue. We had to find some middle ground. For the first story, the shooting conditions were very difficult, as it was in cramped spaces and a couple of important crew members fell severely ill. We had to rejig some scheduling and were back on the floor. The process of taking official permissions from government bodies for a shoot in Mumbai is very cumbersome. The ETA is very difficult to gauge and your entire scheduling can go haywire. By running through many permutations and combinations, we somehow managed it. To avoid crowds, we used to tell them that we are shooting a documentary for a women’s NGO.

DS: [SPOILER ALERT] The opening aerial shot of Powai makes a clear distinction between the two sides of the same city demarcated by economic status, whereas the final shot of the film captures the three women occupying the same locale, thereby dissolving their social barrier for the moment in a wide shot. Share your thoughts on the visual design of the film.

KP: The visuals were already part of the script or in my head. While writing, I had visited many locations, as I live there. Just in some cases, we had to find similar-looking substitutes because we could not get permissions. Powai in itself is quite beautiful and offers a range of visuals. The remaining visual grammar emerged from the editing table. The opening shot goes from the rich to the poorer side, and then the entire film traverses from the poor to the richer side. The final scene in the film is a place accessible to all.

DS: Tell me about the process of editing Powai . Were there any key changes during the edit?

KP: We edited each segment and then polished them. There was a pattern of scenes where a character is approaching a place where the action is happening and the audio plays on his/her visuals. It was part of the script in some cases; in others, it came from the editing table. Also, we focused more on sound cuts during the editing. 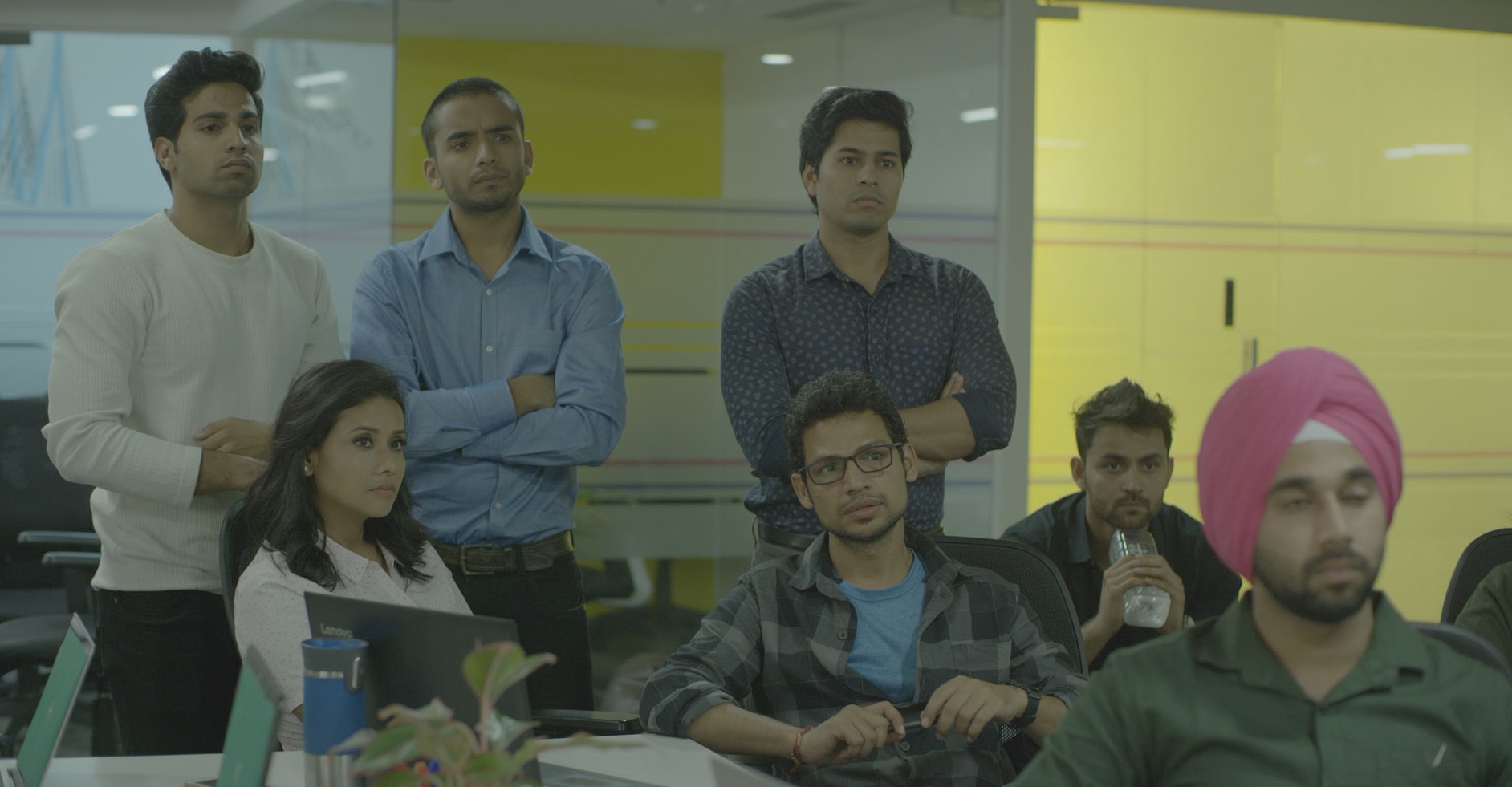 DS: Powai is devoid of a background score and was designed with ambient sound. What was your approach for designing the aural space of the film?

KP: I was very clear from the beginning to have no background music. As a filmmaker, for this particular film, I did not want to manipulate the audience, in the sense that I did not want to lead them to feel a particular emotion from a given scene or a shot. The idea was just to depict the predicament and circumstances the characters are facing and let the audience interpret. It is also a very interesting challenge to create drama without any background score. Moreover, the film has a varied range of locations and hence there was a good scope for playing with the ambient sound. I believe our sound designer and recordist have done a great job.

DS: Powai was a part of NFDC Film Bazaar’s Work-in-Progress lab. How did the selection help the film?

KP: For independent filmmakers, especially when it is your debut film, the Works-in-Progress lab (WIP) and Viewing Room (VR) section at the NFDC Film Bazaar are the best platforms where you could get your film noticed among festival programmers and sales agents. You could also meet fellow filmmakers, learn about their film’s journey and exchange ideas and resources with each other. It is a great networking opportunity. The WIP Lab in itself is a very intense process of editing and re-working your film’s cut. Our film greatly benefitted from this lab. The mentors are veterans of their fields and their feedback helps in polishing your film and sometimes doing a full overhaul.

DS: What are your thoughts on the release and distribution of Powai?

KP. We are figuring out avenues for a theatrical release and in talks with some OTT platforms too.

DS: Are you currently working on any projects?

KP: Currently, I am working on a couple of more scripts that are in the very early stages of writing.

KP: These days, everything is so accessible. You have great cameras all around that are affordable. Even mobile phones have cameras as good as the first generation DSLRs. Just go out and make something. One has to also make sure to record good sounds (dialogues and ambience). However, this is just the technical aspect of making a film. You need to be empathetic, you have to read, observe, live and experience as many things as you can to create something as a filmmaker.