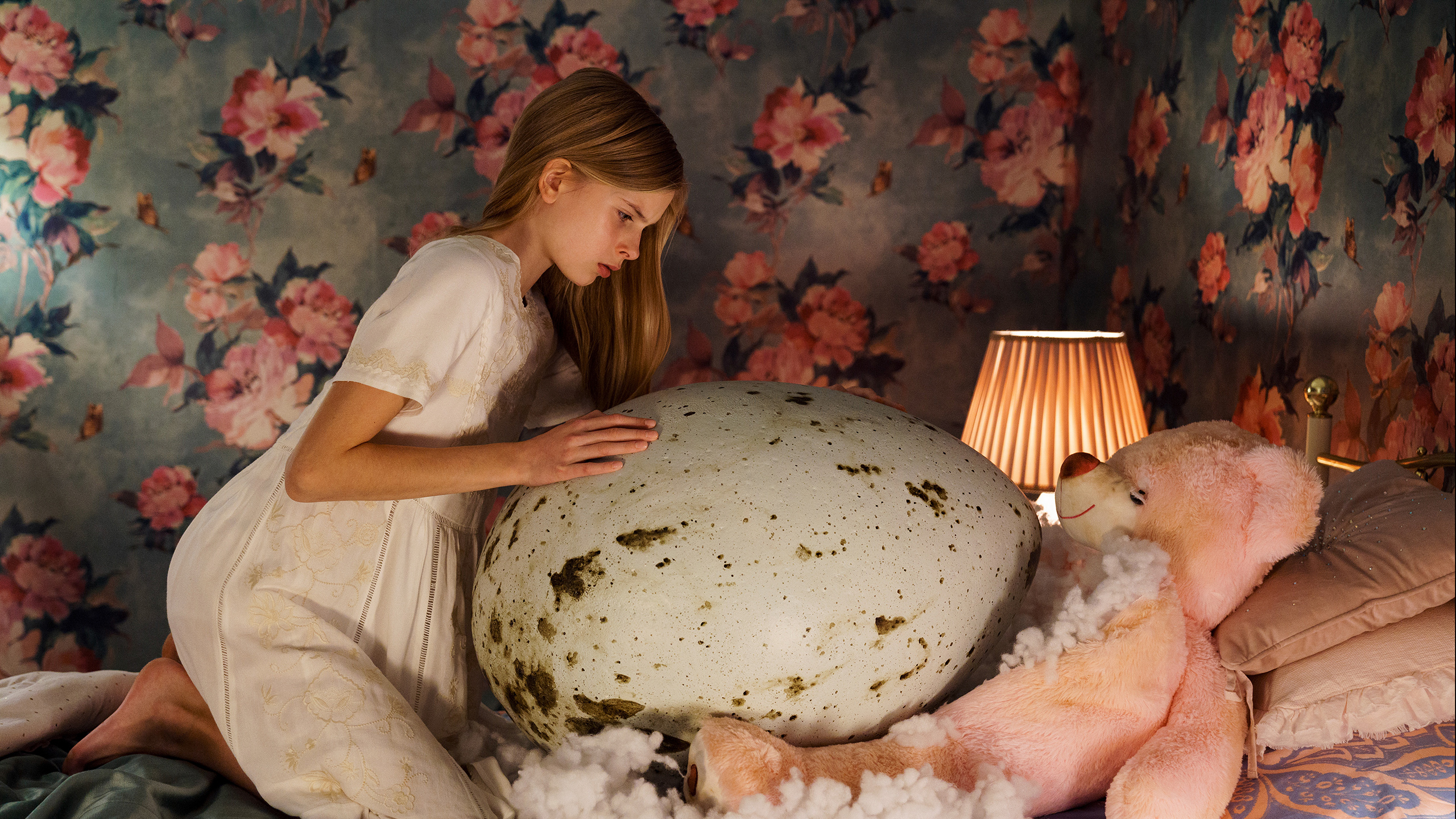 The theme of family is one of the most recurrent in horror cinema. From canonical works that interrogate and subvert the parent/child dynamic in delightfully nasty ways (ranging all the way from Psycho to Friday the 13th) to more recent works that use genre tropes to explore relationships of all kinds, a dissection of the family unit has repeatedly proven to be one of the most enduring ingredients to horror storytelling. It’s a theme that will never cease to be relevant or tied to a filmmaker’s personal experiences — but more so than in other genres, horror allows for more breathing space in how a family can be depicted and analyzed onscreen. Filmmakers as disparate as James Wan and Julia Ducournau can find creative new ways to interrogate relationships that are impossible in social realism movies, which have to remain forever attuned to conventional dynamics, even in a time of crisis.

Into this lineage comes Hatching, the feature directorial debut of Finnish filmmaker Hannah Bergholm, which very quickly reveals itself to be a delightfully irreverent new addition to this horror lineage. Equal parts satire and a genuinely disgusting tale of metamorphosis in the Frank Henenlotter vein, the film mixes low-brow genre influences with a far more enlightened insight into the modern family unit — something that could easily be overlooked by audiences given the broad mix of splatter and laughs.

In one of the boldest debut child performances in recent memory, Siiri Solalinna plays Tinja, a 12-year-old gymnast who lives a picture-perfect life curated by her overbearing mother (Sophia Heikkilä), a woman obsessed with depicting a “normal Finnish family,” albeit with an overwhelming focus on highlighting how much better they are than everybody else. One day, Tinja comes across an egg in the garden, takes it home and decides that she’ll care for it. When the egg drastically inflates in size, it hatches to reveal a gigantic beast that Tinja names Alli. Scared at first, the girl soon becomes a motherly figure, but with this comes a dawning realization: Tinja can emotionally intuit with the avian creature, which attacks based on the strength of the gymnast’s repressed emotions. 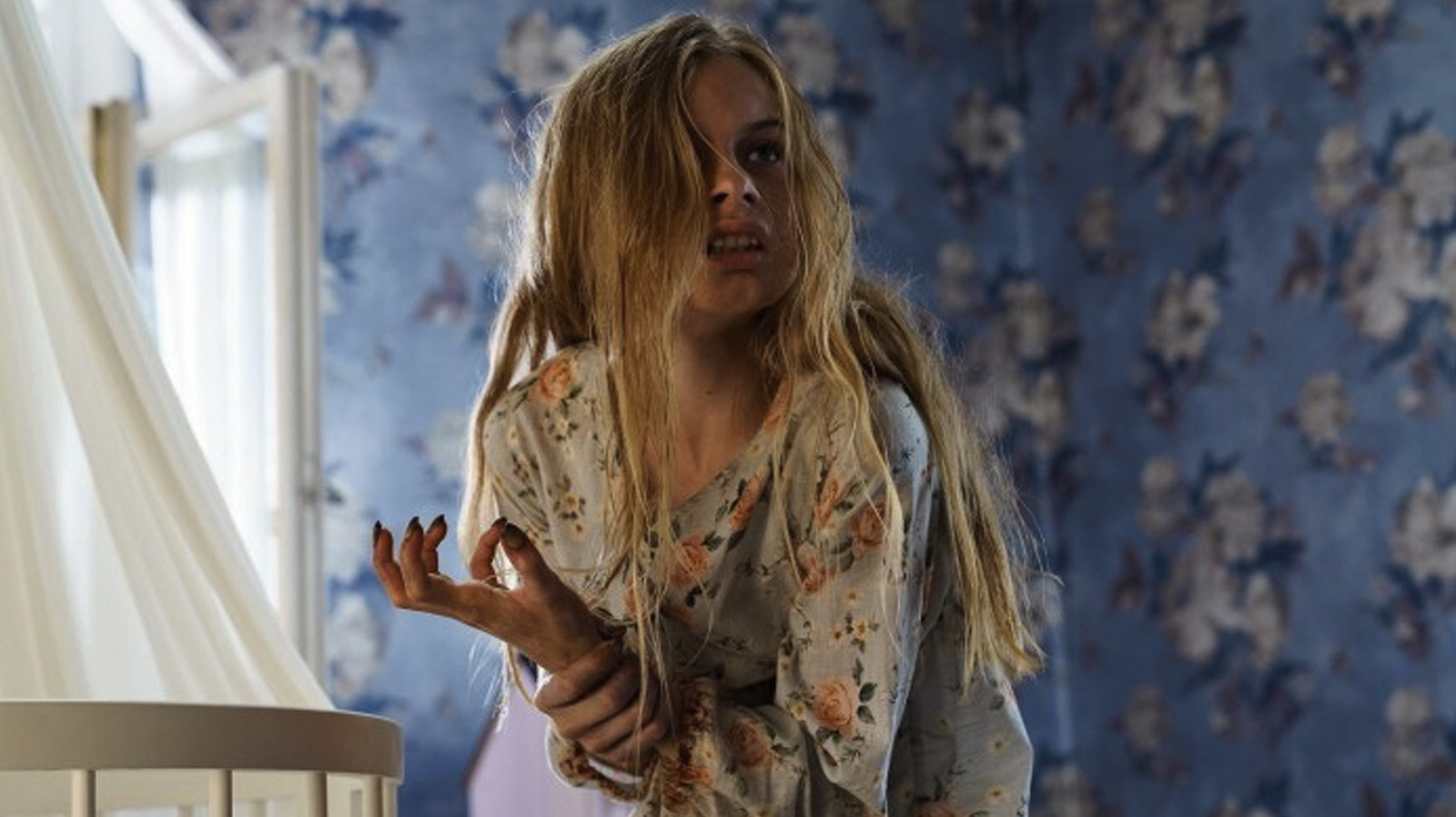 Yes, Hatching is a puberty metaphor designed to leave viewers reaching for the sick bags, as Bergholm finds a new way to depict a time of bodily changes and irrational emotions. I suspect that the film will be an effective companion piece to Pixar’s upcoming Turning Red, an animated production that treads a similar path. Horror allows for overblown metaphors more than most genres, and through this story Bergholm and screenwriter Ilja Rautsi put a fresh perspective on the fracturing of a mother and teenage daughter relationship. Once this becomes clear for first-time viewers, the lack of surprises in Hatching may seem disappointing; for me, the slow unveiling of a deeper narrative purpose beyond the visceral surface level only heightened my enjoyment.

As a typical coming-of-age story given a fresh coat of paint, Hatching highlights the practical effects that make it so joyously repulsive. Alongside animatronic designer Gustav Hoegen and special effects artist Conor O’Sullivan, Bergholm created one of the most memorable creatures in recent monster movie history with Alli. Introduced as a puppet that’s a cross between a gothic crow and Big Mouth’s decaying hormone monster Rick (Nick Kroll), Alli slowly rots away as Hatching progresses. The character looks very deliberately unreal, but in a story about a manufactured version of the family unit, it couldn’t fit into proceedings more.

Ultimately, Hatching focuses squarely on the mother/daughter relationship. With the chaos and destruction of the wider family teased throughout, Alli’s transformation becomes an allegory that bubbles under the surface for most of the runtime.  But even though Hatching offers an insightful commentary about puberty and mother/daughter dynamics, a fresh metaphor doesn’t necessarily translate to a new perspective. Luckily, this familiarity never bothered me; for all the oddball comedy and eye-catching practical effects, it’s the emotional arc that ties everything together. An old-fashioned tale given a wonderfully disgusting makeover, Hatching is a promising feature debut from Bergholm.