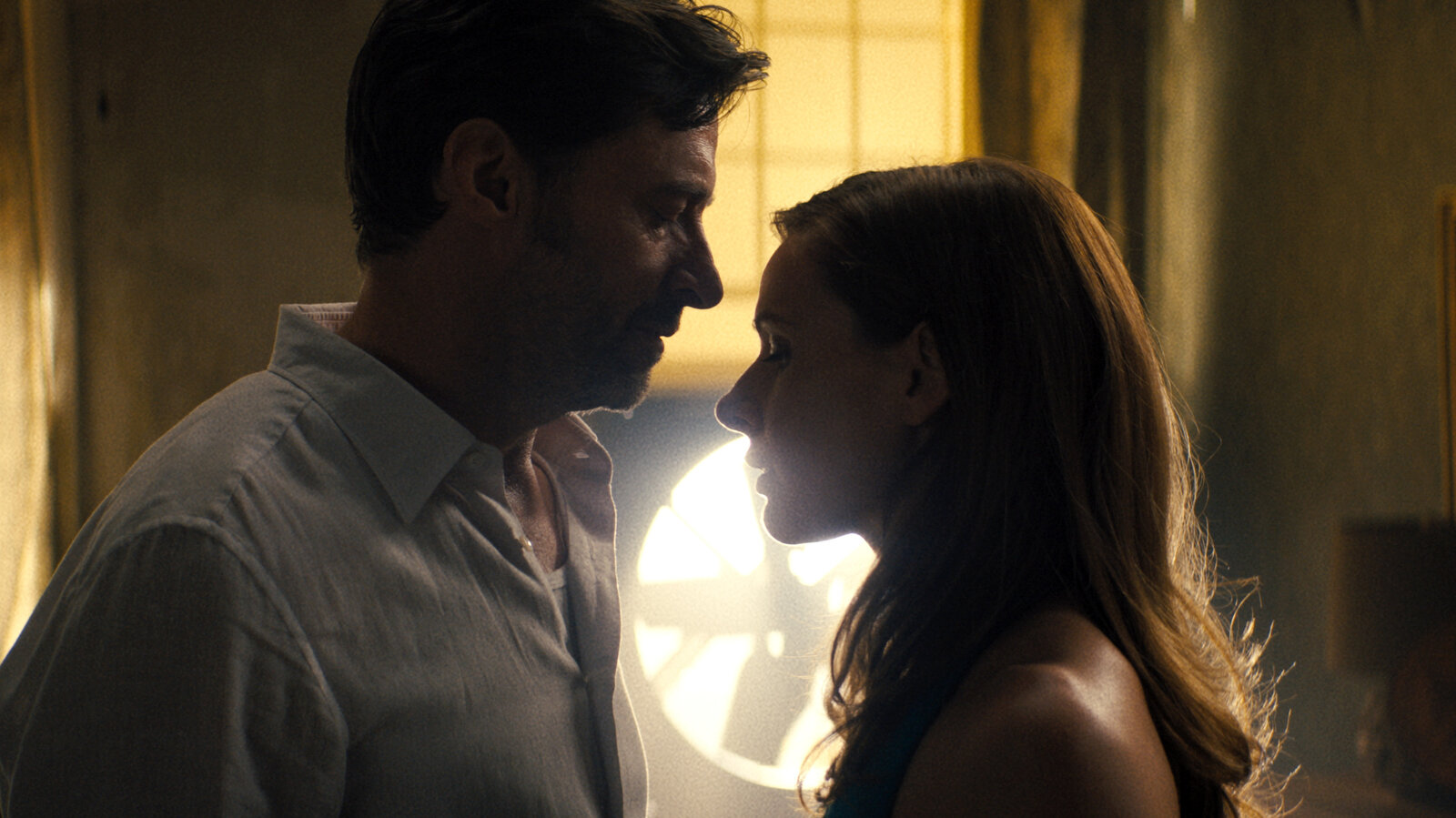 Reminiscence takes place in futuristic Miami, where a Navy veteran helps locals cope with their emotional trauma. Nick Bannister and his colleague Watts run a nostalgia-themed business and use a sensory deprivation tank to help people revisit positive life experiences. When a mysterious woman shows up — the archetypal Femme Fatale — the protagonists investigate her connection to a local business mogul who manipulates sociopolitical issues to his advantage. Here’s a cast guide for Reminiscence, a 2021 movie written and directed by Lisa Joy (Westworld).

Character Profile: A Navy veteran with border patrol experience who runs a nostalgia-themed business. He’s obsessed with memories about a woman named Mae who disappeared after a whirlwind romance. Nick investigates a criminal case and learns the truth about Mae’s involvement, resulting in a fateful third-act decision.

Character Profile: Nick’s love interest who shows up at Reminiscence looking for her keys. She’s a lounge singer whose true motivations aren’t revealed until the final act. As a drug addict, Mae is an unreliable individual, or at least that’s how it may seem on the surface.

Character Profile: Nick’s business partner at Reminiscence. She’s an alcoholic who is estranged from her daughter. Watts drinks to avoid trembling hands and knows that Nick will keep her in check.

Character Profile: A dirty New Orleans cop who moved to Miami to work for the business mogul Walter Sylvan. He’s tasked with tying up loose ends and has a nasty head scar because of a past betrayal. Cyrus warns Nick about Mae and ultimately gets punished for his sketchy behavior.

Character Profile: A New Orleans drug dealer who is suspected of expanding his baca business to Miami. He’s tracked down by Nick because of his past connection to Mae. Saint Joe is the man responsible for torturing Cyrus.

Read More at VV — Know the Cast & Characters: ‘No Limit’

Character Profile: A woman who revisits the same memory over and over. She refuses a free digital file because her experiences at Reminiscence feel purely authentic. It’s revealed that Elsa had a child with Walter Sylvan, which is why Cyrus uses Mae to collude against Nick.

Read More at VV — Know the Cast & Characters: ‘End of the Road’