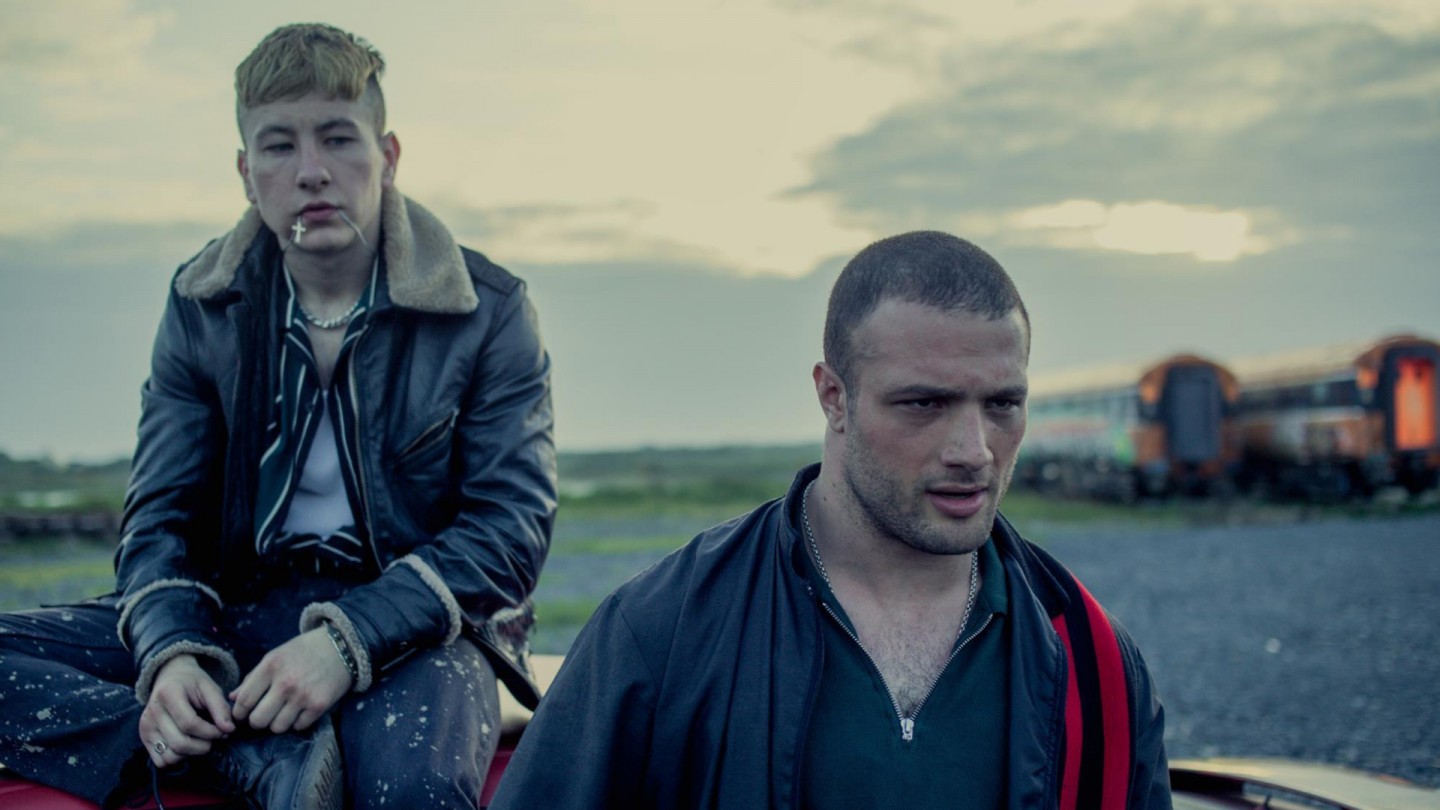 During the build-up to the 2020 Oscars, there was a Saturday Night Live sketch about White Male Rage — the thematic tissue which seemed to connect many of the major nominees. The label fit some of the films in question better than others, but it’s certainly true that stories involving the pain of white men and its violent expression have always been more readily canonized than others.

In Nick Rowland’s Calm with Horses, Douglas “Arm” Armstrong (Cosmo Jarvis) is not angry, but he is violent — formerly a boxing prospect, now a heavy for local crime family, the Devers. Early on, he explains that his violence doesn’t come from hate, it’s just his way of understanding the world, and it’s clear that this is not something which has ever come easy. Arm briefly mentions childhood memories of self-harm and distress. It seems that, like many kids whose minds didn’t develop exactly as they were expected to, he was written off as stupid.

Arm’s body developed, though — he looks hewn from stone with that country boy kind of natural heft. When he delivers a bare-knuckled beating in the film’s opening sequence, each blow sounds endlessly heavy with great granite limbs thudding into flesh and bone over and over again. Arm takes no joy in his work, going about his task like a man performing a slightly unpleasant domestic task. He bludgeons and bloodies the other man’s face with a look of dull displeasure, like a man cleaning out a drain. Arm’s victim is an associate of the Devers who is believed to have betrayed them. They set Arm on him to take retribution, kicking the film’s plot into motion.

Calm with Horses has the same mournful quality as The Irishman (one of the films included in the SNL sketch), telling the same story of a man doing violent work on behalf of an organisation that talks in romantic terms of “family” and “loyalty” but which sees him as utterly disposable. Rowland’s direction throughout is clean and deliberate, rarely showy. He evokes the kind of barren small town where there is almost nothing to fight over, although some still find a way. There’s a bleakness to all of it, a greyness.

Audiences can feel the way in which Arm has been drawn inevitably towards violence by his size, his childhood difficulties and his environment. The community is run-down, filled with aimless people and devoid of hope. At one point, Arm explains that the people there gossip because there is so little else to do. They fight for mostly the same reason.

Calm with Horses is composed mostly of familiar parts. The Devers are drawn from crime drama archetypes, as is Arm’s long-suffering ex-girlfriend Ursula (Niamh Algar), who stands proudly outside of their seedy criminal world. While every member of the cast delivers, the thing that elevates the film clean above cliché is Cosmo Jarvis. He creates a character who is tragic because of all the people he could have been — he relaxes into a cheerful, knowingly oafish figure around Ursula and their young son before tightening back into the Devers’ hardened servant.

In many ways, a sense of familiarity serves the film’s purpose well — Arm’s story has already played itself out a million times before around the world, and will continue to play itself out again.