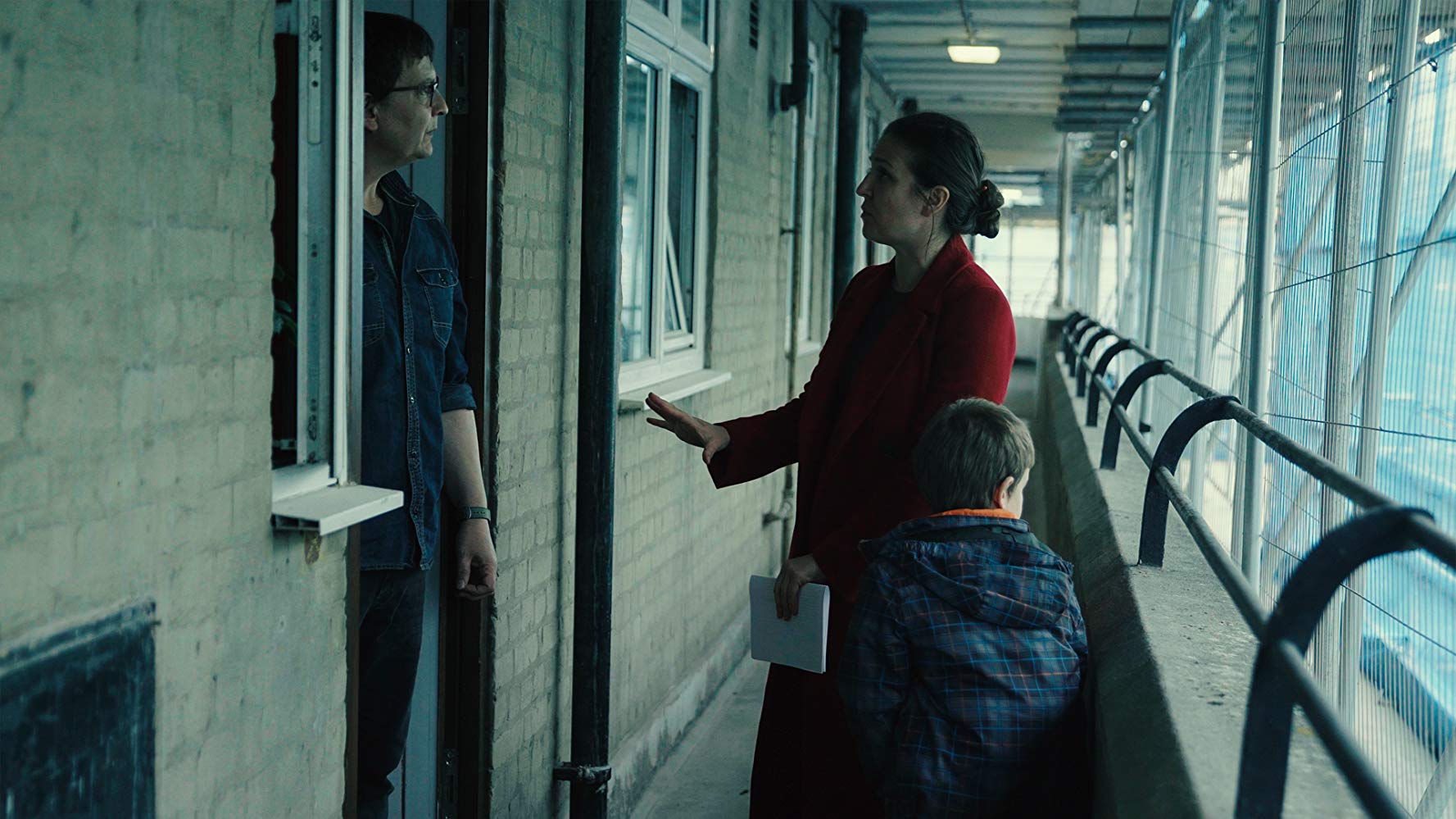 Bulgarian documentary duo Vesela Kazakova and Mina Mileva reflect on the Brexit hysteria with Cat in the Wall, an entertaining and analytical dramedy.

Irina (Irina Atanasova) is one of the many migrants searching for a better life and professional fulfillment in the UK after she’s left behind an impoverished post-communist Bulgarian environment. A single mother living with her son and brother, Irina is one of the few homeowners of an apartment in a social housing unit. However, she doesn’t have it easy in the UK; trained as an architect in her country, she works in a bar to make ends meet. Irina’s brother is another academic forced to take up jobs beneath his training as a historian, installing TV antennas in his spare time for little money and taking care of his nephew. Despite the hardships, there’s a feeling of tenderness among this atypical family, with playful interactions constituting a warm microcosmos.

The opening scene of a joyous cooking party sets the tone for a multicultural, tolerant environment. Beneath this apparent harmonious cohabitation, though, prejudices and xenophobic attitudes gradually arise to reveal domestic tensions deeper than the regular shared space issues. The directors make a choice to portray Irina’s class and social struggle through everyday-life trivialities. Her attempts to breakthrough as an architect are doomed to fail, as her attention is divided between her son’s upbringing, a draining job and pointless fighting with her neighbours. With a social cinema approach and an upfront political message, Cat in the Wall is similar to British filmmaking about injustice. The small event of adopting a stray cat grows into an edifying experience about tolerance and neighbourly dissolution as a dispute about ownership arises. The protagonist’s growing affection for the abandoned cat is amusingly shot as an illicit attachment until the animal eventually wins over the entire family and is adopted. Funnily enough, although nobody announced its disappearance, the golden cat is claimed by a peculiar bunch accusing the Bulgarian family of theft and causing a scandal. The cute pet unties the Gordian knot in an absurd manner, hiding in a hole in the wall and leaving the parts clueless in reaching an accord. An evident symbol for the community’s inclusion issues, the episode takes the hate speech to a different level. 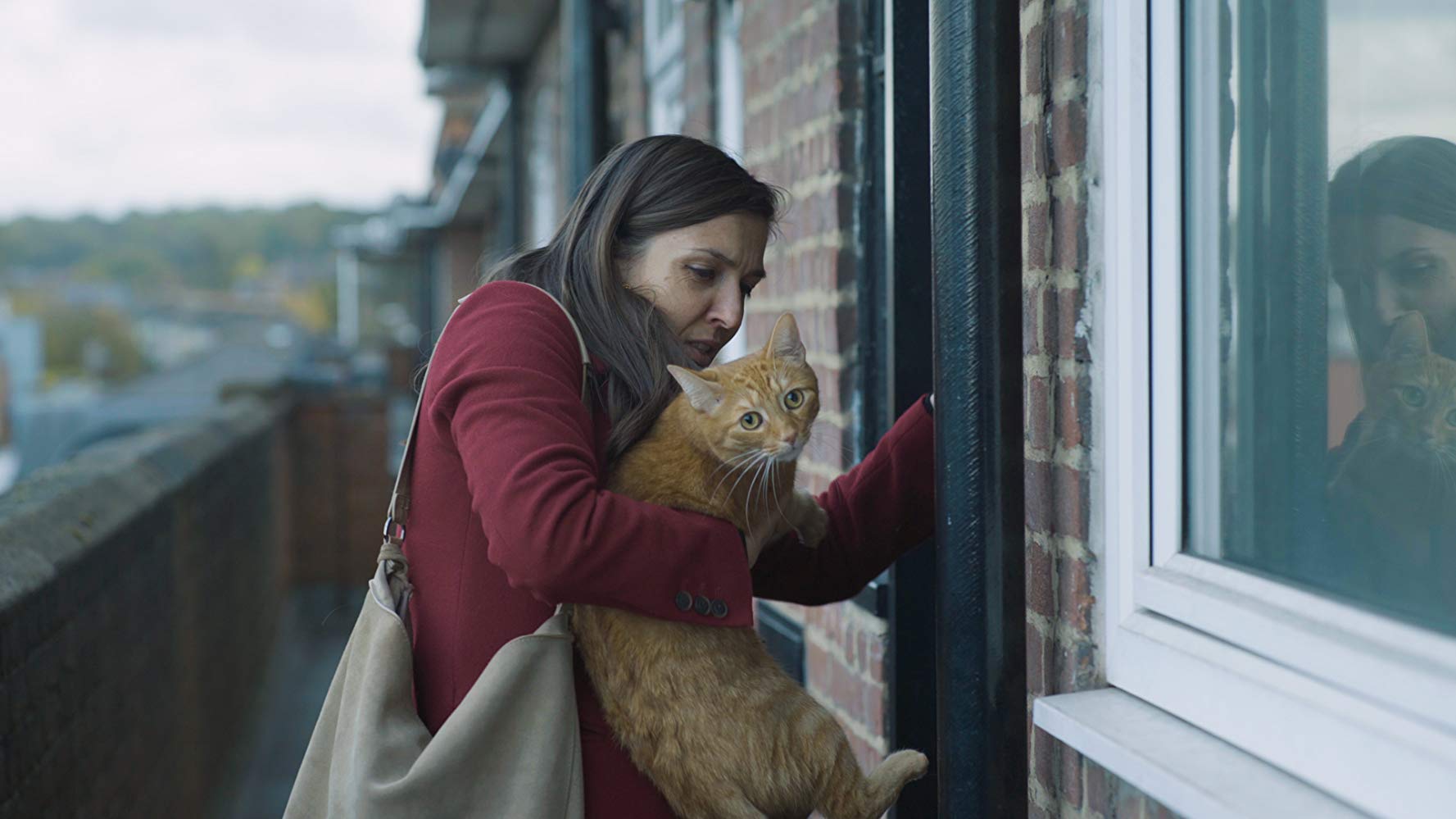 Contradicting prejudices about Eastern European immigrants, Irina not only wants to succeed in the UK, but takes all the right steps even if they seem to lead her nowhere. In opposition, her British neighbours are scraping by welfare benefits, indulging in their own misery while demonized immigrant workers like Irina pay taxes to support their apathy. Adding salt to injury, to compensate for their lack of contribution, she is charged an enormous amount of money for the replacement of a couple of windows, a city hall service she didn’t ask for. The gap between homeowners and welfare recipients grows to reveal far more complex ethnic hierarchies in which the oppressed would become oppressors as soon as they’d get the chance. Community dynamics depict racial and xenophobic attitudes so entrenched that solidarity and mutual understanding are futile. Against this backdrop, the division between the natives and intruders grows when dealing with authority. The consequences of gentrification and the challenges of a multicultural enclave were also developed in Christina Vandekerckhove’s Rabot (2007), which illustrates the destiny of a social housing block with a far more dramatic outcome. Similitudes include the paranoid lack of trust among neighbours and the impotence in relation to those holding the power, although the Bulgarian directors have achieved a far more luminous film with their humorous approach and Irina’s determined nature.

One particular scene of Irina paying a visit to a depressed old lady smoking weed reminded me of Richard Billingham’s depiction of the peripheries in Ray & Liz (2018). Both films are ambitious, and the decision to shoot mostly indoors is both claustrophobic and restrictive, yet Cat in the Wall lacks Billingham’s compelling cinematography and frame composition. There’s an interesting dynamic, though, between the inside and the outside, as Cat in the Wall’s setting provides the opportunity to spy and to hide at the same time. Some social traits are exaggerated for their own good to prove the directors’ point of lost tolerance, yet the outcome is occasionally hilarious. Refusing to look down on their characters, Kazakova and Mileva effectively portray disillusion by relying on familiarity and recognition to bring the marginalised closer.

Andreea Pătru (@andreeapatru89) is a Romanian film critic and programmer who resides in Spain. Apart from taking part in the 2015 Locarno Critics Academy and Talents Sarajevo in 2016, she has written for Indiewire, Desistfilm and collaborated with Romanian outlets such as Film Reporter, Observator Cultural and FILM magazine. Andreea is a programmer at Tenerife Shorts – Tenerife International Short Film Festival and has previously worked for Romanian Film Promotion.