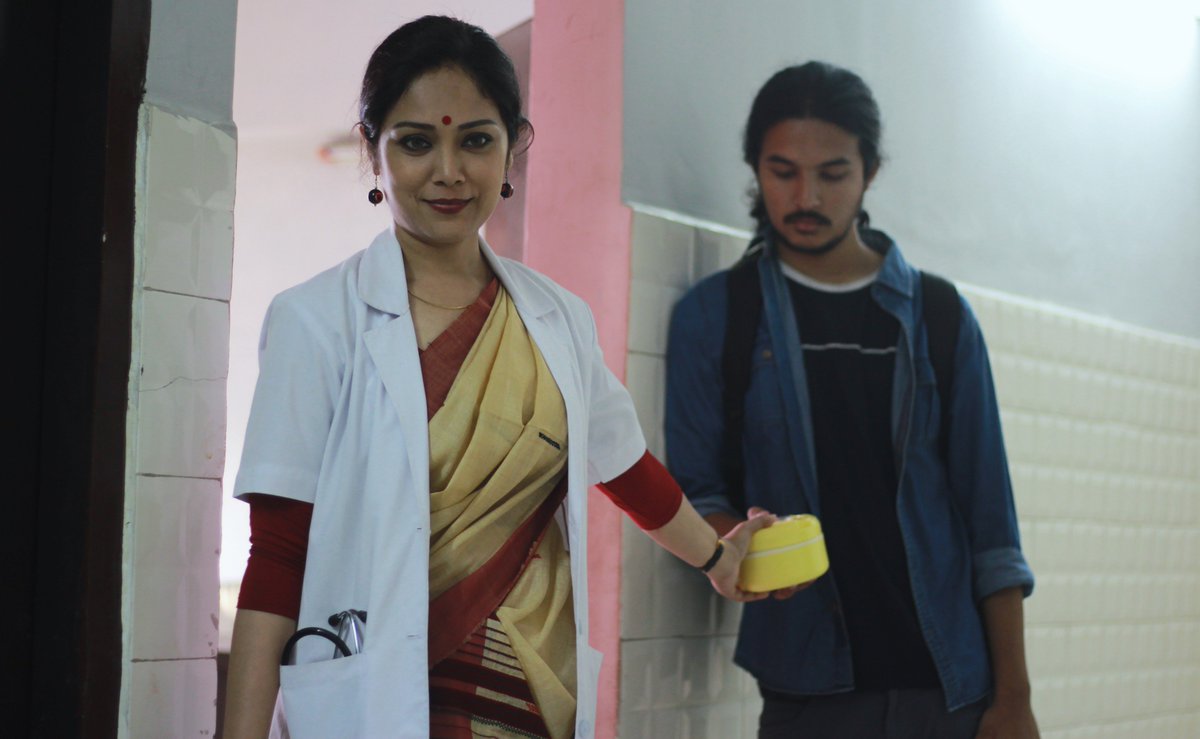 Bhaskar Hazarika’s last film Kothanodi (The River of Fables, 2016) is a macabre exploration of women in folk tales from the north-eastern Indian state of Assam. It dealt with witchcraft, female foeticide and supernatural possessions. With Aamis (Ravening), Hazarika continues to experiment on ways of depicting the grotesque on screen, this time in a modern day setting in the Assamese metropolis of Guwahati.

The plot revolves around a married paediatrician, Nirmali Saikia (played the beautiful and supremely talented Sattriya dancer Lima Das) and an anthropology doctoral student, Suman (Arghadeep Baruah), who rushes to Saikia seeking help on a day his friend falls sick from eating meat. His friend is a vegetarian who had demanded to eat meat for the first time. It’s a Sunday and Nirmali’s day off, but she decides to help the boy out and treats his friend. “Meat is not the problem; gluttony is,” she tells Suman’s friend and prescribes him some ORS and medicines. He recovers soon enough. Suman’s research, as Nirmali finds out, is on the different meat-eating practices in north-eastern India. He also runs a “meat club” with his friends where they find unusual meats and cook them. “You can get me some of that the next time you cook,” Nirmali says with a smile when Suman enquires about her fees. 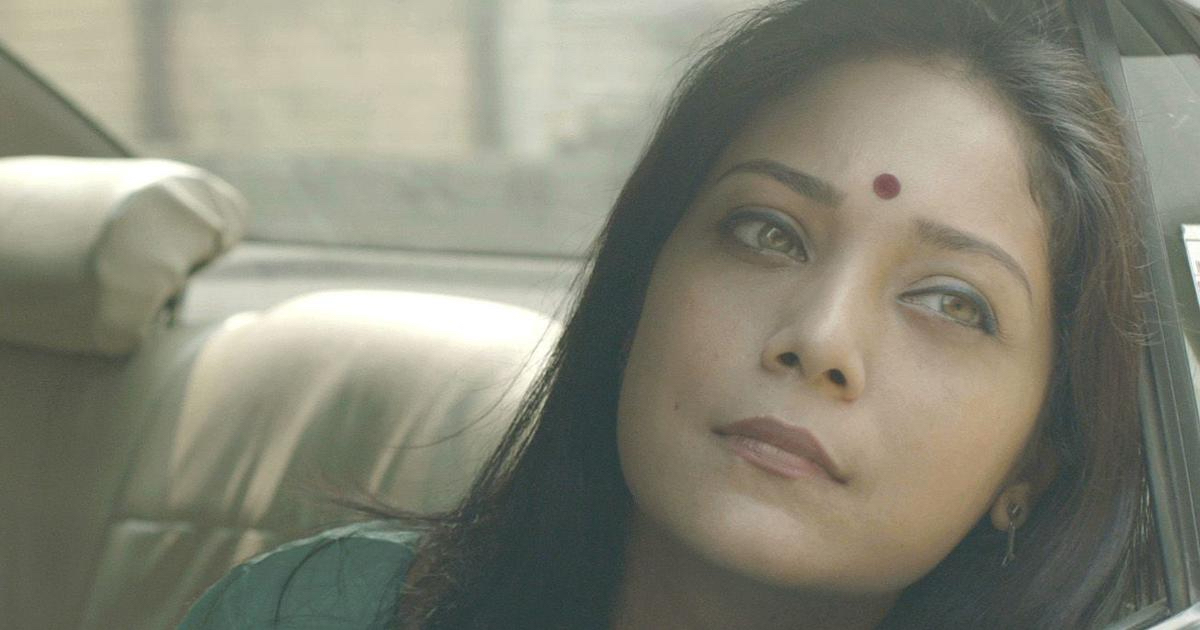 What starts out as a food experiment — tasting different kinds of meats from the little boxes Suman packs for Nirmali, then driving to obscure eateries to taste indigenous meat preparations — develops into an escalating obsession for Nirmali until it reaches a point of bizarreness that Hazarika’s film portrays with a straight face without any judgement whatsoever. Having (literally) fed this obsession, Suman decides to finally quench it. Except, things go terribly wrong and the consequences are nothing like what either Suman or Nirmali had planned. Aamis is a food film that documents indigenous recipes and cooking practices of the Indian north-east. “There is actually no universal definition of the term ‘normal,'” Suman says. One person’s “normal” food can often be seen to be abnormal by others. Aamis is also a romantic drama that documents the platonic relationship between a young man and a married woman. Hazarika deftly plays with genres and tests the limits of his audience’s moral and gastronomic compasses with the film.

Nirmali’s husband, also a doctor, is away a lot while his wife manages her career and the life of their son, Piku. Suman’s appearance obviously fills a void, and the story of their emerging closeness and friendship seems natural and familiar. Most of our moralities have the vocabulary to translate what happens between them. The relationship develops but the lovers don’t ever touch. They keep texting one another, talking mostly about eating meat and planning their next meat-eating outing. Their shared act of consuming meat represents a stand-in for the sexual intimacy they deny their relationship. The “carnal eating is equal to carnal love” equation holds true for a while but Hazarika quickly challenges that theory by taking the story to a shocking conclusion; a thin line that divides Nirmali, Suman and the audience — a thin line that keeps redrawing itself. 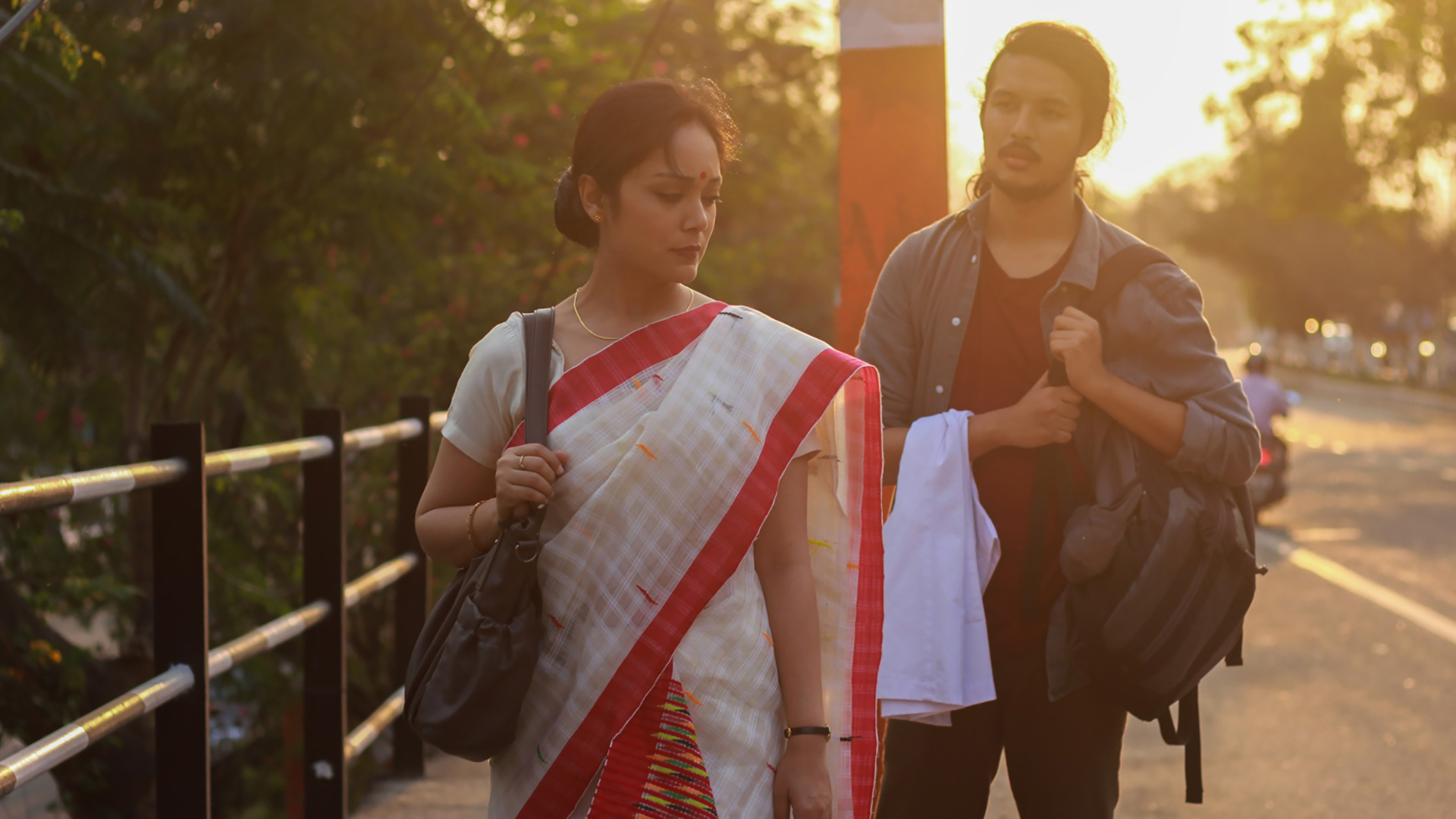 Anyone aware of the political situation in India today understands how food, especially meat, is contested political territory. Since 2014, when the Hindu right-wing government came to power in the country, there has been a rise in what gets called “food terrorism.” In India, large sections of the Hindu population revere the cow as a sacred animal. As a result, cow vigilante violence involving mob attacks in the name of cow protection, targeting mostly Muslim and people belonging to the so-called lower social castes, has swelled. Cow-protection groups essentially act as self-proclaimed lawkeepers aiming to protect the law in states where cattle slaughter is banned. According to a Reuters report, 63 such cow vigilante attacks have occurred in India between 2010 and mid-2017, mostly since the Narendra Modi government came to power in 2014. In these attacks between 2010 and June 2017, 28 Indians — 24 of them Muslims — were killed and 124 injured.

The State’s bid to protect cows obviously stems from a larger idea of establishing a Hindu majoritarian rule over the country that lends itself to monitoring what people eat. This extends to a larger idea of propagating vegetarianism as the ideal mode of living, as is espoused by a large section of high caste Hindus. In this context, when Hazarika makes something like Aamis (the word literally means meat), it is essentially a response to the growing antipathy towards meat-eating Indians and the politics that plays out in dinner tables of everyday homes. There are places in India where what you eat decides how the larger society treats you. To have Nirmali craving for meat and Suman researching and satiating that craving creates a narrative that opposes the growing food terrorism in India, especially northern and central India, and it is even more important that this opposition comes from the north-east, a region that has always had a contentious political relationship with the Indian mainland. 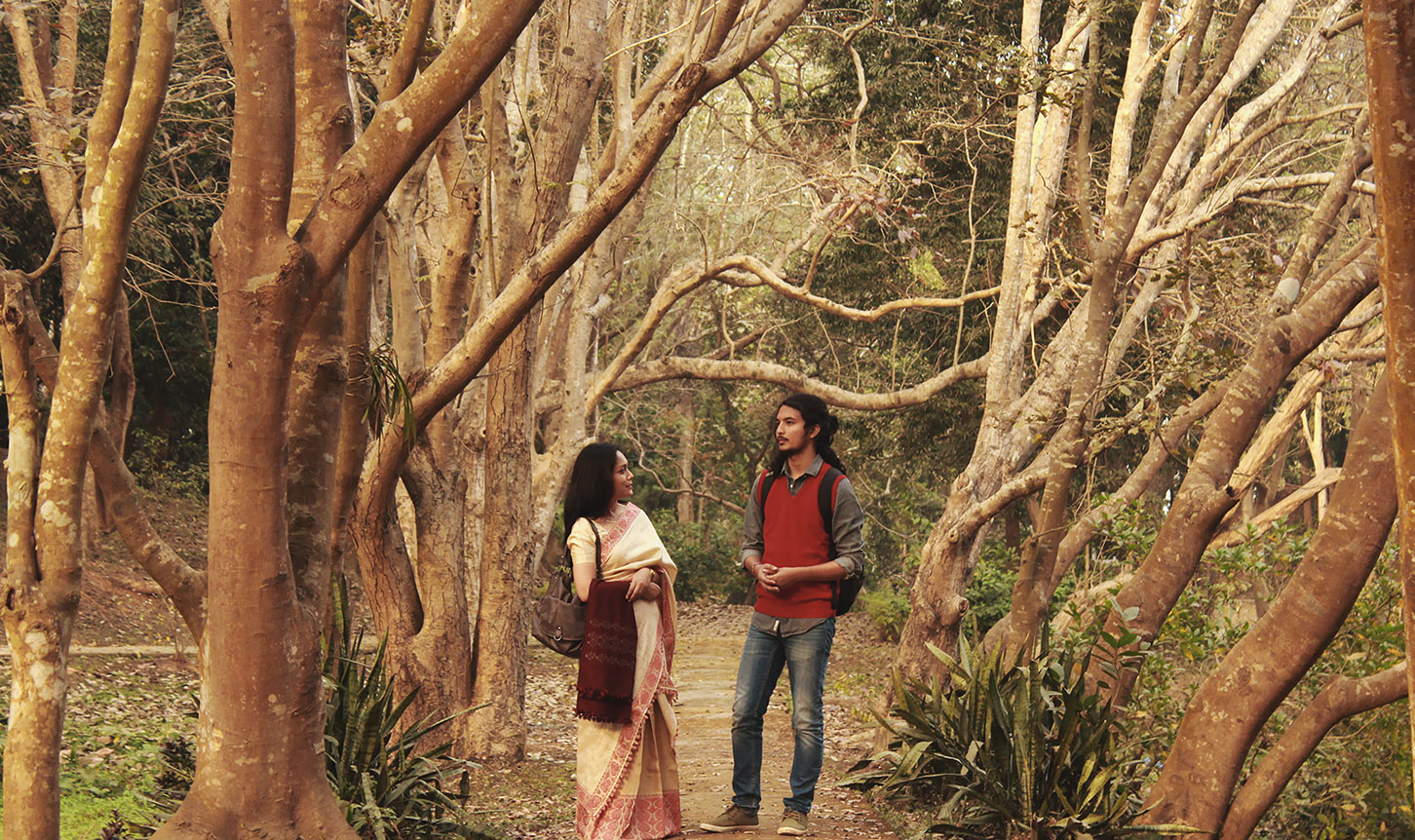 Aamis is a masterfully told macabre romance, strongly influenced by Nagisa Oshima and Wong Kar-wai. Baruah and Das carry the film on their shoulders, supported by very able performances by Neetali Das and Sagar Saurabh. It is a deep exploration of food, transgression, taboo and morality that does not ever seem other-worldly or impossible. Like all great dystopic narratives, it all seems only slightly removed from our plane of reality. The music score by Quan Bay is the cheerful and emotional soundtrack this eerie film needs to complement the absurd kinks of the lead’s romance. Hazarika’s is a voice that comes from outside of the Bollywood canon and reverberates sharp and hard throughout the cinemascape of the country. May it grow only louder.

Bedatri Datta Choudhury (@Bedatri) grew up in India and has studied Literature and Cinema at the University of Delhi, Jawaharlal Nehru University and New York University. She moonlights as a writer and likes writing on films, gender and culture. She lives in New York City and loves eating cake.