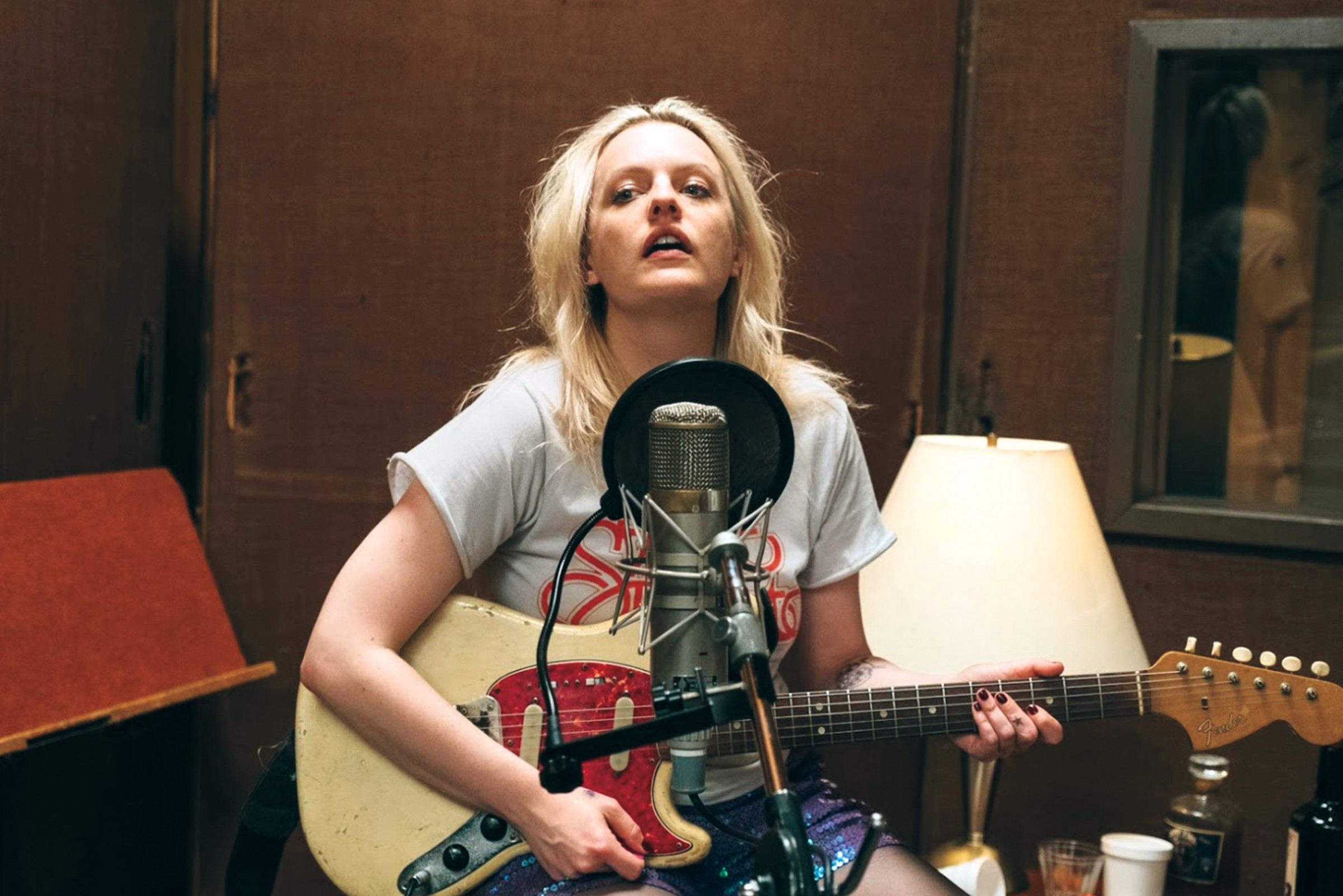 Largely set in the labyrinthine underworld of punk venue green rooms, with the already-warped walls further straining under the weight of audience hunger and an opening act’s reverb, Alex Ross Perry’s Her Smell dizzies and asphyxiates the viewer with the minutiae of sex, drugs and rock ‘n roll. Only here, there are (mercifully) no zipless fucks. The coke? Abundant. The music itself is unreliable, but thrills when Something She’s erratic frontwoman Becky Something (Elisabeth Moss) manages to strike a haphazard balance between her Spin magazine-gracing glory days and the smaller but fiercely devoted following that still awaits her. This is the film that some, regally bored with the Strong Female Lead category’s refusal to deliver little else but clean-nosed heroines and transcendent victims, have been waiting for. Over the course of 135 minutes and five exhausting, columnesque scenes separated by faux home movie footage, Becky white-knuckles her way to rock bottom and back again.

While comparisons and contrasts will inevitably be made between Her Smell and a certain musical drama redux from last year — a great many of them unfair to both pictures — Moss’ bare-fanged, open-chested portrayal of a performer under duress more closely resembles George Cukor’s 1954 remake of A Star Is Born than it does the Bradley Cooper version. Becky’s manic energy and disdain for the clock originate from a similar place as Esther’s (who, when A Star Is Born’s production dramas are taken into account, becomes inextricable from a drug-addled, aging and towering Judy Garland). Sure, Her Smell reveals the maddening duality of stardom: the artifice of chart-topping success versus punk’s anti-establishment ethos; the musician who electrifies versus the one who doesn’t show at all; the backstage madness versus the well-architected chaos of a performance; the persona that is Becky Something versus the daughter, ex-wife and mother known as Rebecca Adamchek; perpetual inebriation versus sobriety. But Her Smell’s greatest unveiling is that of the rotting barrier between any two of those oppositional forces. Stuff leaks through. Compartmentalization is futile, nevermind a total drag. 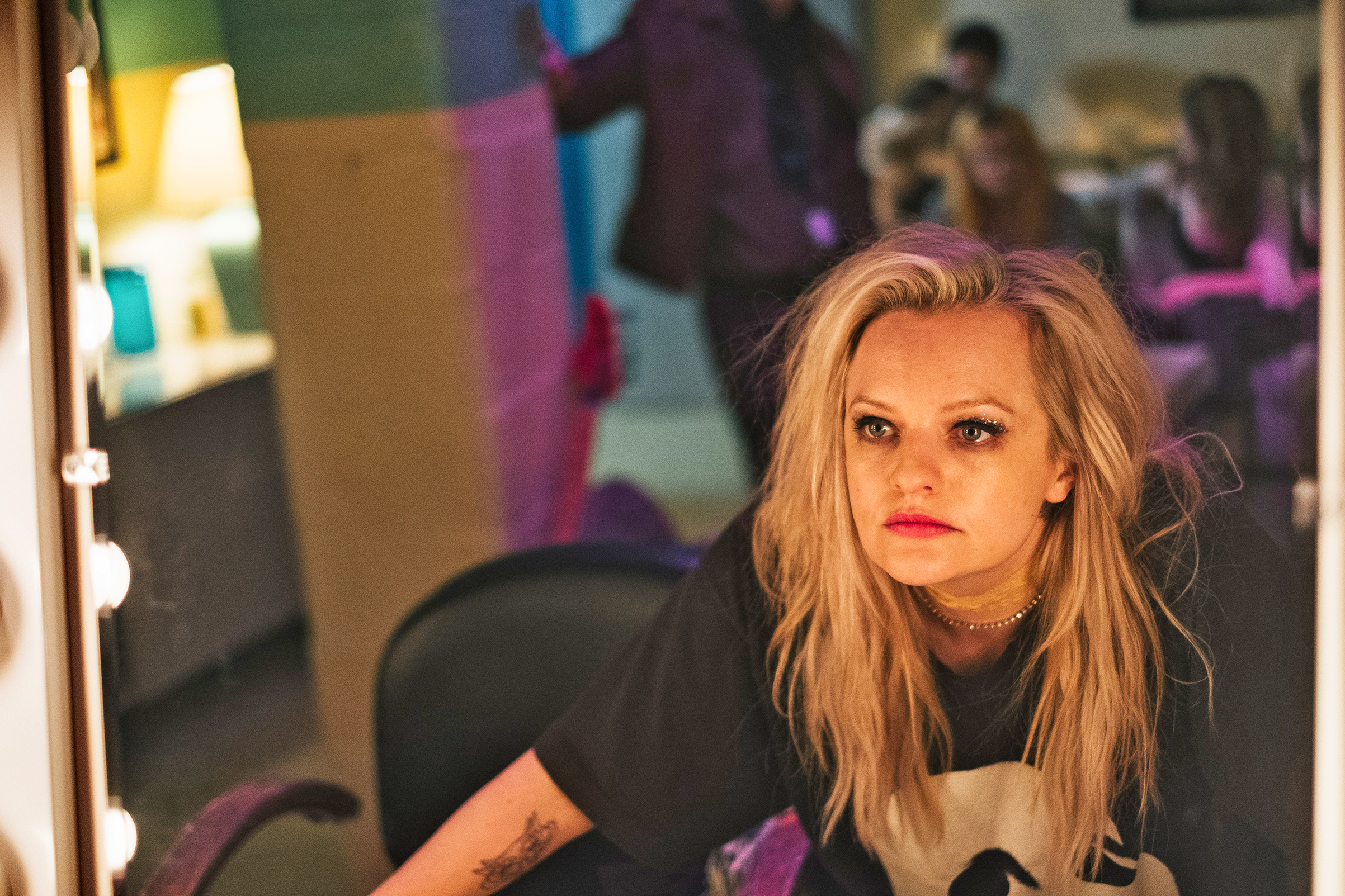 There are no muses in this epic. With Something She’s inaugural lyric of “I always flirt with death,” Becky declares herself both the roaming, snarling chimera and the only warrior poised to best her. Nevertheless, she remains loyally flanked by a weary army of Lilith Fair-type acts who are prepared to mop up her vomit and blood: drummer Ali (Gayle Rankin) and bassist Marie (Agyness Deyn), Becky’s bandmates of nearly a decade; Zelda (Amber Heard), a younger musician, too-synth-to-be-punk, who once opened for Something She and has since ascended past their star; The Akergirls (noted showmancers Ashley Benson and Cara Delevingne, plus Dylan Gelula), a young power pop trio; an ex-husband Danny (Dan Stevens) and manager Howard (Eric Stoltz), who — so accommodating of Becky’s flights and furies — are spineless at best when standing next to these girls. The musical grit of this feature ensemble is something unseen since Floria Sigismondi’s The Runaways, a hell bent 2010 biopic on the groundbreaking girl group of the same name.

Perry has written an anti-heroine who is wholly clued into her own mythology metaphor, referring to herself and the band’s circumstances using the self-aggrandizing language of conquests, lore and legacy. (“I lost a drummer on the way to grandmother’s house,” the lead giggles when Ali briefly quits Something She.) Becky relies on a hack shaman (Eka Darville) for guidance on accessing all of her “selves,” past and present, at once. “She’s here,” the mothering Ali nervously observes when she senses B entering a venue hours after showtime, as though a she-cat hairball comprised of whiskey and bile just landed on the shoulder of her well-worn kinderwhore dress. Deyn, exquisitely passing as pensive lesbian Marie, simply refers to her frontwoman as a “lioness.” 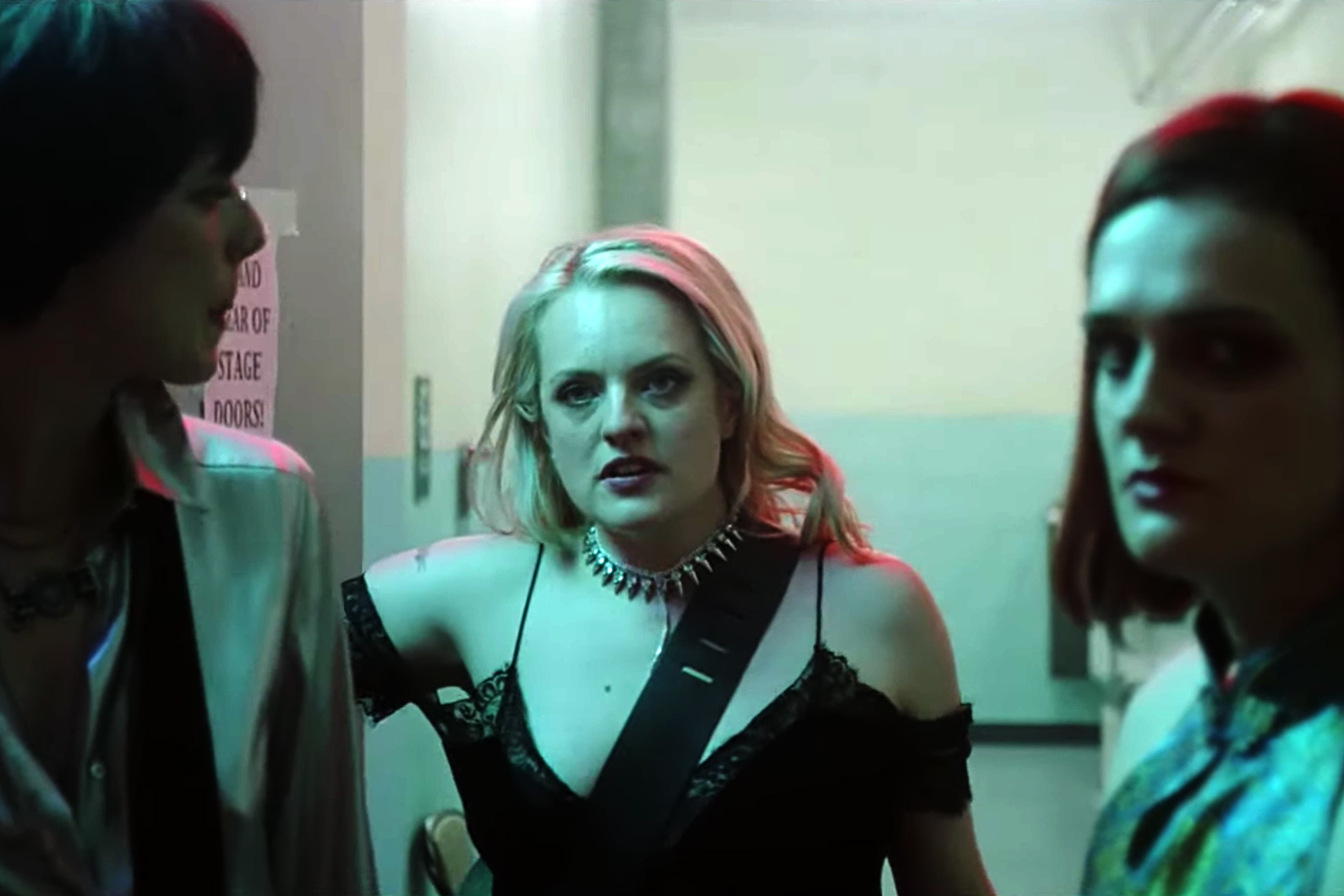 It isn’t until its fourth aeonic scene that Her Smell and Becky steady themselves within the still life of domesticity: a green lawn, tea kettles, egg timers and wall art that has the dignity of a frame. Cinematographer Sean Price Williams’ lens, having meandered tirelessly through the darkest corners of the venue and recording studio, snaps into wide, sharp focus on Becky — sedated after a year of temperance — in her Pacific Northwestern bungalow. The scene’s healthy lighting seems garish in contrast to that preceding it; when viewers are finally released from Perry’s chokehold, the fresh air is almost too much to handle. Such is the nature of newfound sobriety. It is frighteningly stationary; the only surprises that lurk around the corner are the messes, forgotten if they were even committed to memory in the first place, that one has made while in an altered state. With Danny and their daughter’s visit, the wall between Becky’s selves reminds viewers of its unreliability once more. No amount of good behavior can change that she’s up to her eyeballs in lawsuits and debts for past grievances.

Yet Becky’s transgressions aren’t the only parts of her past that ebb through to the present. Viewers learn, through two vulnerable acoustic numbers deserving of their own Spin reviews, that her musicianship was not thrown out with the bourbon bathwater. Neither was her silly preoccupation with mysticism, her relationship with her growing sphinx of a girl or her friendship with Marie. In this moment, Moss finally begins to feel like a familiar actor again, yet all the more valued for somehow coming back to audiences after the sustained breakneck hysteria of her performance in the previous scenes. This, however, mustn’t be mistaken for the final curtain call. There is a stage, far more illuminated than sobriety’s, that awaits.

Sarah Fonseca (@helenafleabody) is a film writer living in New York City. She serves on the screening committee of NewFest. Sarah’s reviews and essays have appeared in cléo: a journal of film and feminism, IndieWire, The Los Angeles Review of Books and the Museum of the Moving Image’s ReverseShot. She enjoys a balanced breakfast of femme-led dramas, experimental queer cinemas and blockbuster action flicks.