The politics of race in contemporary America inform the text and subtext of Queen and Slim, a vivid feature debut from music video director Melina Matsoukas. Described so often in The Player-style shorthand as “Bonnie and Clyde meets Black Lives Matter” that the tag unfairly deflates some of the character-based nuance surrounding the love-on-the-run tragedy of the central duo, Matsoukas’ stylish road movie should be destined for cult status as an object of cool. Unlike the famous Depression-era outlaws, Queen and Slim elude authorities following an act of self-defense; during a traffic stop gone sideways, they miraculously avoid becoming another statistic in the ledger of killer cops punishing unarmed Black victims.

Before the Queen and Slim audience gets to the confrontation with the hotheaded officer played by Sturgill Simpson, Matsoukas teases out a seductive and unhurried prologue. The film’s opening scene — a Tinder date, crackling with anticipation, that takes place in a greasy spoon — introduces controlled attorney Angela Johnson/Queen (Jodie Turner-Smith) and God-fearing Ernest Hines/Slim (Daniel Kaluuya). Their conversation, with words carefully-chosen by both parties, touches on attitudes about romance and loneliness, among other things. When one makes a good point, the other says “touché.”

Like so many visuals-first commercial makers, Matsoukas freely references a dazzling range of popular culture. From Barry Jenkins’ Moonlight to Ernie Barnes’ “The Sugar Shack” to Colin Tilley’s “Alright” for Kendrick Lamar and A. G. Rojas’ “Close Your Eyes (And Count to Fuck)” for Run the Jewels, Queen and Slim makes the most of its intersections. The score, by Devonte Hynes, is predictably fantastic. Karen Murphy’s production design finds an ideal companion in the costuming by Shiona Turini, particularly following a visit to the home of Queen’s Uncle Earl (Bokeem Woodbine, stealing everything he plays and then some), where the fugitives are reborn via hiding-in-plain-sight fashion makeovers and a fresh set of wheels.

In the road movie, the central odyssey of the traveler is marked by a series of single-scene encounters. Some result in setbacks, some reveal unlikely helpers and all contribute to the education, spiritual growth and maturation of the protagonist or protagonists. Matsoukas plays a distinct variation on Joseph Campbell’s articulation of the hero’s journey, regularly surprising Angela and Ernest along with the viewer. Several interactions introduce curious threshold guardians, and Lena Waithe’s screenplay, from a story she developed with James Frey, aims for a bold statement about solidarity and community. 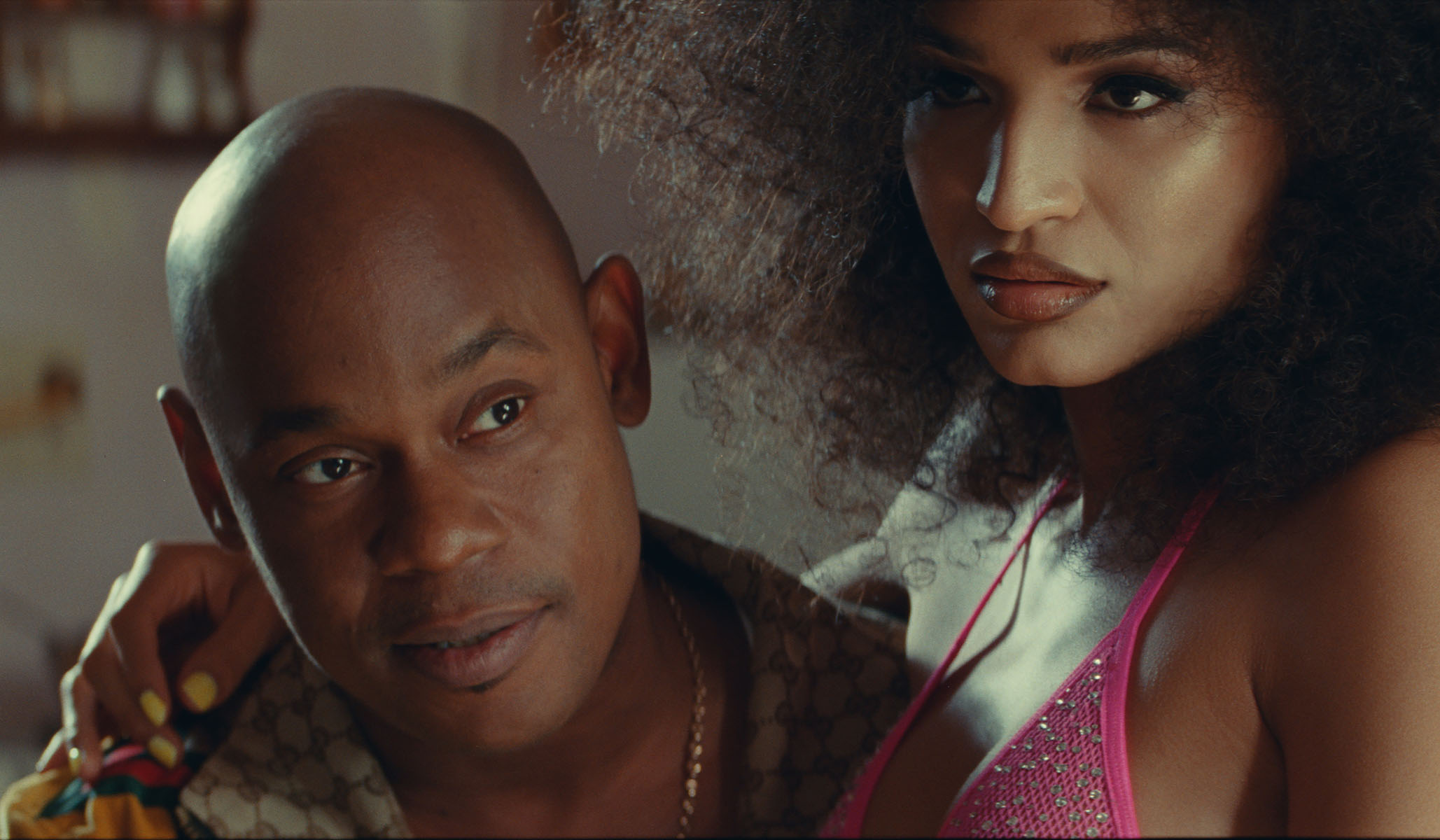 The dreamlike space in which Queen and Slim elude not just law officers but an entire system designed to disadvantage and criminalize is where Matsoukas deliberately chooses to defy logic. Not all viewers or critics have bought into the moments that function as symbolic “gifts of the goddess” to keep the hero and heroine afloat, but it is through those unbelievable twists of fate and conscious decisions that one of the movie’s strengths unfolds its wings. Angelica Jade Bastién nails it, writing, “In a world and a country that is built on Black suffering, is it not radical to find happiness wherever you can?” The desperate need to locate hope and light (and maybe even love where those things are in short supply) recommends Queen and Slim, especially at a time of frustration and division.