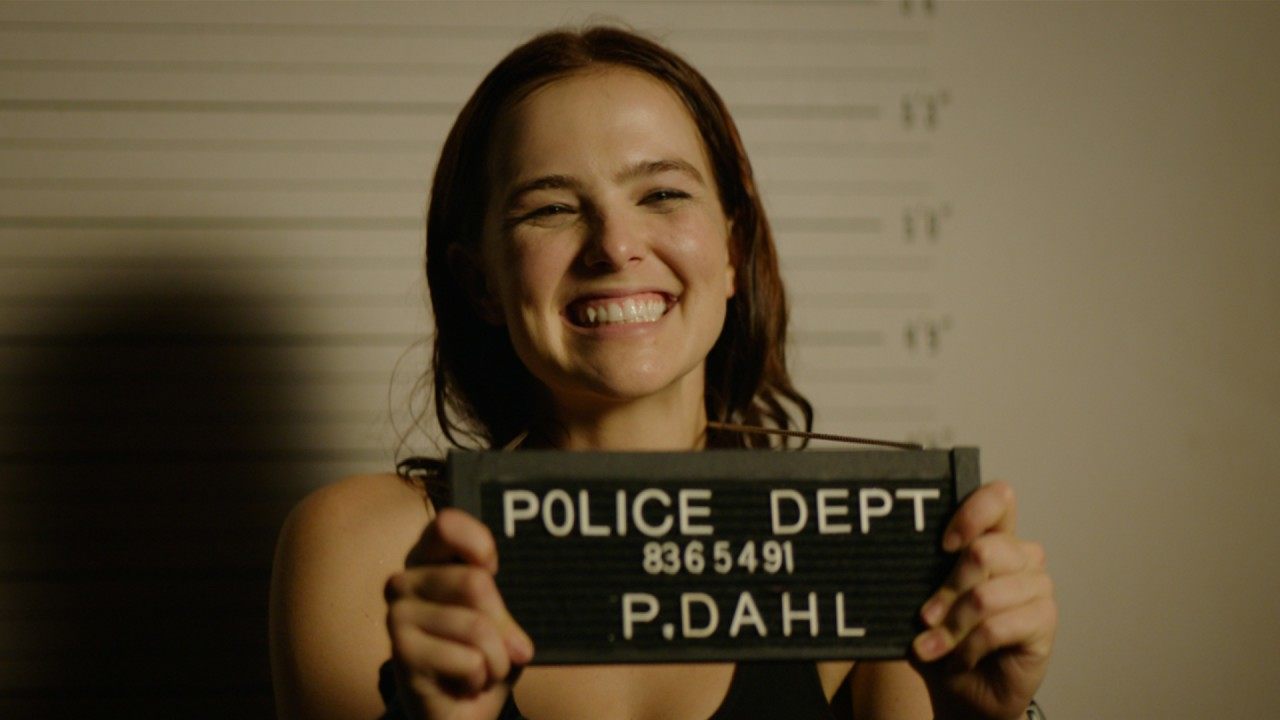 The concept of debt can be a weird, subjective thing. In cases involving money, debt is more easily defined as a sum owed to another person or persons. In a larger, metaphorical, cosmic sense, however, debt isn’t something found in an account or ledger — it’s a feeling, a strongly held belief that life/the universe owes a person a reward for their hardship. After a breakout performance in Richard Linklater’s Everybody Wants Some!! (2016), actress Zoey Deutch has worked steadily in projects of varying quality, quickly becoming known within the indie and television scenes but not quite becoming a huge marquee name yet. Similarly, director Tanya Wexler’s feature Hysteria made a few waves when it was released — in 2011, eight years ago. Since then, she’s directed a few episodes of television, and lost out on studio movie directing gigs to a string of male filmmakers. With two creative people this talented, that metaphorical concept of debt becomes clearer: the universe owes these two women a film worthy of their abilities. Fortunately, Buffaloed is that film.

Set in the sort-of titular upstate New York town, Buffaloed chronicles the exploits of Peg Dahl (Deutch), the precocious and whip-smart daughter of a woman who runs a hair salon out of her home (Judy Greer, stellar as always). Growing up resenting her family’s economic status, idolizing a father who passed away from unhealthy living and knowing she’s the smartest person for miles around, Peg decides her destiny is to get rich smart and quick, and her myriad money-making schemes that are this side of legal (that is to say, not) land her in jail. Upon release, she smooth talks one of the debt collectors assigned to collect the debt she owes due to her trial fees (among others) and discovers that she’s not only smarter than him and all who work with him, but that she has a knack for the collection business. Faster than you can say “hot wings,” Peg starts her own collection agency made up of a motley crew of misfits, and starts a war with the other agencies for dominance, particularly the one run by Josh “Wizz” Wisenewski (Jai Courtney, who continues to showcase a natural gift for comedy more engaging than his pure action roles). 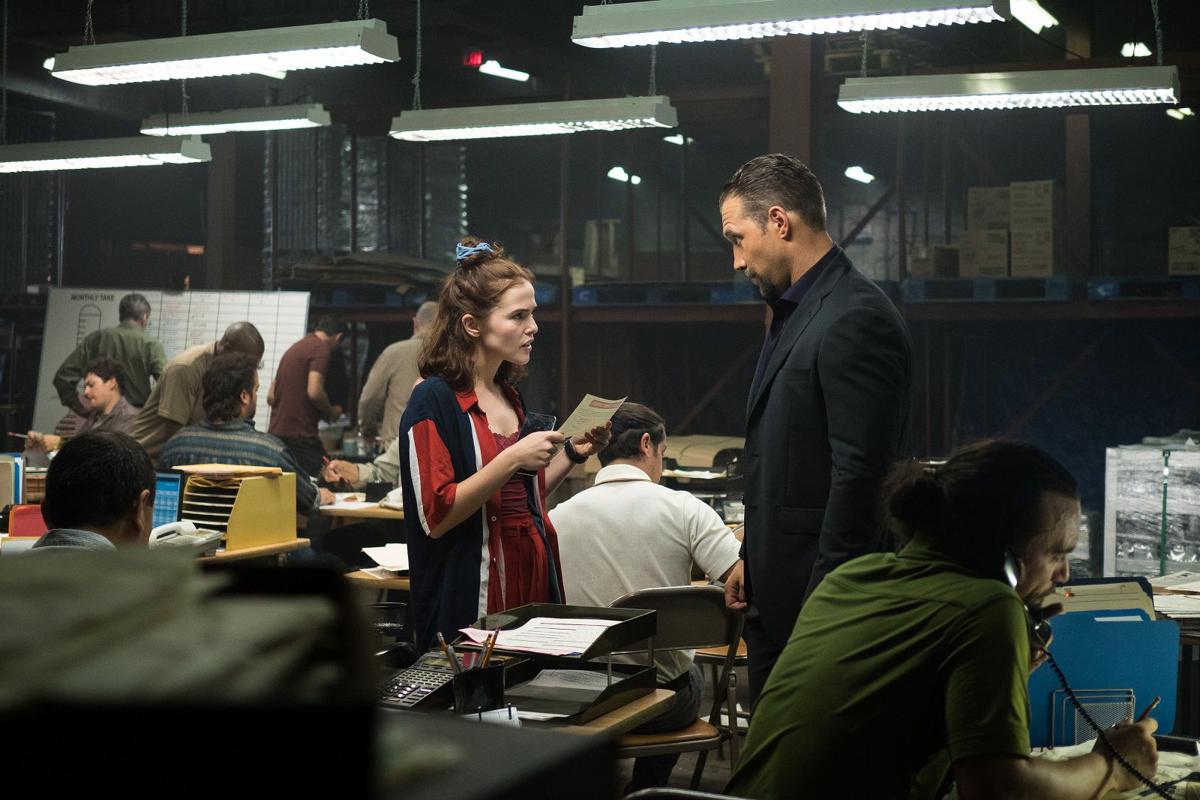 If the concept of a brash youngster taking over a shady money-making business sounds a little like The Wolf Of Wall Street, there’s an ironic connection — screenwriter Brian Sacca actually portrayed Robbie Feinberg in Martin Scorsese’s 2013 film. Wexler leans into the comparison, staging scenes of Peg delivering narration directly to the camera and audience. There’s also a scene of Peg giving a layman’s terms lecture on debt collecting that recalls Adam McKay’s The Big Short (2015). Far from copying or rehashing these stylistic flourishes from prior money grifting movies, however, Wexler folds them into the tone and rhythm of her film seamlessly. Buffaloed begins with a cheeky on-screen legend about the word “buffalo,” making sure to finish with the definition “to bully or intimidate,” referencing not only Peg’s character but the movie around her — relentless, energetic, fast-paced and unstoppable — which makes it all the more pleasantly surprising when the film does slow down at times in order to let Peg experience the consequences of her actions; consequences that have less to do with any moral qualms and more to do with the effect her war against the other corrupt collectors has on her family and personal relationships (including a charming screwball romance with a local lawyer, played by Jermaine Fowler). Overall, Wexler doesn’t bombard Buffaloed with a lot of distracting flourishes, instead making sure that her cast is able to shine as much as they can.

No one in Buffaloed shines brighter than Deutch, who gives a performance that will completely redefine her as an actress. There were signs of her Peg in the brazen indie comedy Flower (2017), but Deutch takes control of Buffaloed in such a way that the film wouldn’t be half of what it is without her. Peg is like Marisa Tomei’s character from My Cousin Vinny (1992) if she’d been played by Katherine Hepburn, a blue collar woman who is miles ahead of any man (or woman, for that matter) around her, yet is held back by the fact of her economic status. Speaking with a regionally appropriate accent, Deutch delivers her dialogue at a Hawks-ian mile a minute, always having a disregard for her demeanor or personal appearance, which only furthers her power — she just doesn’t care, which, in the long history of actors going to great lengths to portray challenging and “unlikeable” characters, only makes her more likable. She also clicks with the rest of the ensemble cast who are great in their own right, making Buffaloed well-performed from top to bottom. 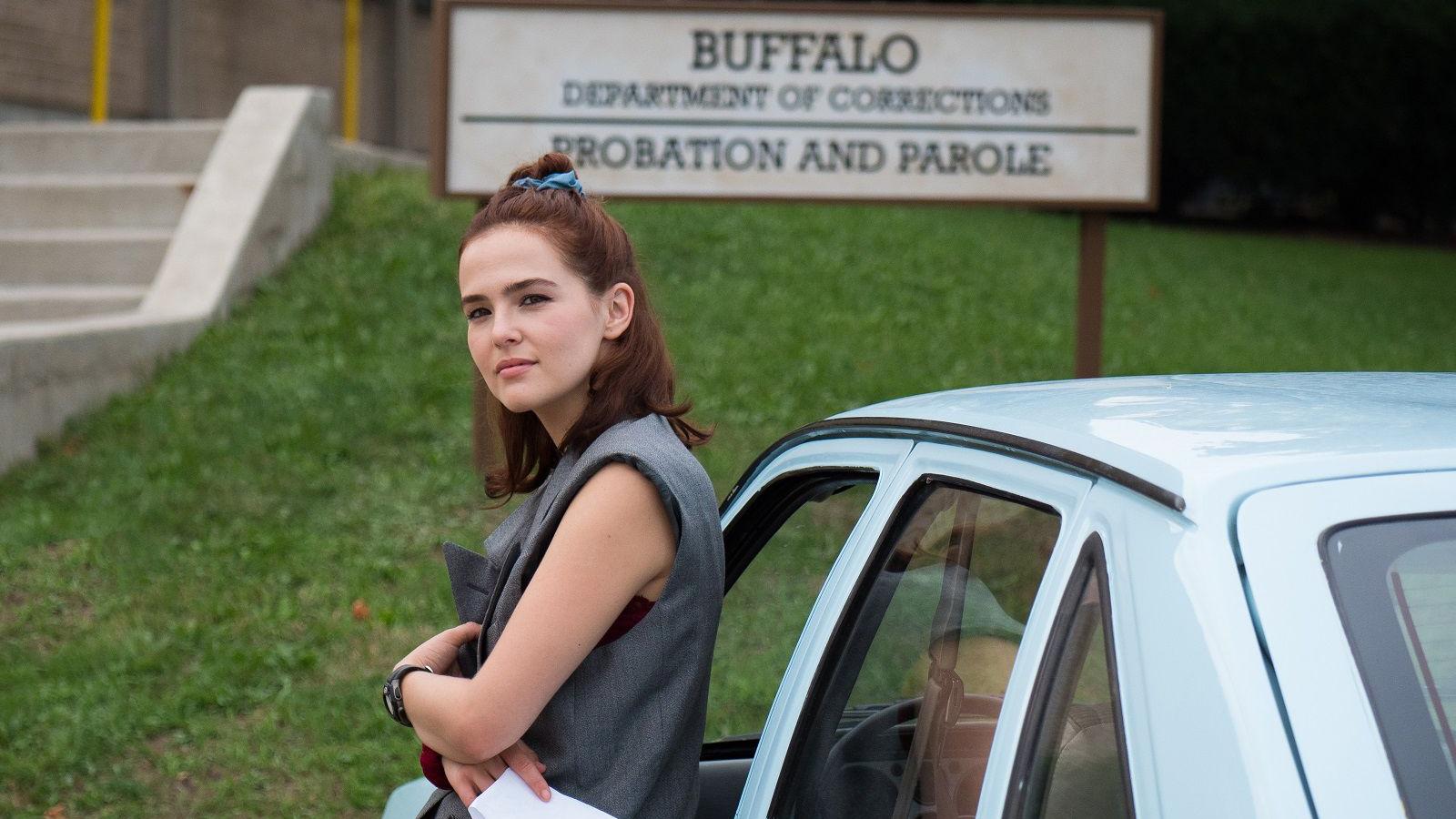 Buffaloed is so delightful that it’s easy to not see its social commentary coming, which makes it hit that much harder. The movie begins with a young Peg (Kate Moyer) giving a slideshow presentation on why her hometown sucks, a sentiment that seems at first to be just a byproduct of typical “ambitious people hating their relatively boring home,” but Wexler and Sacca make sure to saturate the film with details showing just how trapped the citizens of Buffalo are culturally and economically. In this town, everyone eats hot wings (only from one of two restaurants to which each must swear their allegiance), everyone is a Bills fan, and everyone has an opinion on what constitutes “real” pizza. The characters have these debates and indulge in these local customs in the shadow of run down, destitute, abandoned buildings that Wexler and cinematographer Guy Godfree always make sure to keep in frame, never dwelling on them but also never allowing them to fade into the background. It’s the type of environment that pushes people into debt, as the relative poverty breeds need and then greed, causing ambitious people who feel they’re owed more to try and collect that debt themselves. Buffaloed is a movie that, while certainly not endorsing the criminal activities of its characters, never judges them for it, and there’s something much more righteous about Peg fleecing fools out of their money rather than a Jordan Belfort doing the same. Just like Deutch and Wexler, Peg’s time has come, and she’s damn well gonna get what’s hers.