‘Scotty and the Secret History of Hollywood’: A Legendary Hustler Shares His Stories

Based on the subject’s candid 2013 memoir, Scotty and the Secret History of Hollywood pulls back the curtain on the sexual escapades of Scotty Bowers, longtime bartender, World War 2 Marine Corps veteran and pimp/arranger on behalf of movie stars seeking carnal pleasure in a time when anything outside the heterosexual binary could torpedo a career or invite a bust from the vice squad. Director Matt Tyrnauer dutifully follows the nonagenarian through the smoggy streets and up into the hills overlooking Los Angeles, while the loquacious Bowers putters around the several cluttered homes he either owns or looks after. In between book signings, bartending gigs and scavenger hunts for more junk to hoard, Bowers matter-of-factly describes the proclivities of Cary Grant, Katharine Hepburn, Spencer Tracy, Charles Laughton, Cole Porter and many other idols.

Tyrnauer’s portraiture probes to a point in Scotty and the Secret History of Hollywood, but the filmmaker deliberately allows the subject to do most of the speaking for himself (a number of other corroborating witnesses are on hand, at least implying a level of cross-checking). The inquisitiveness stops short of the outrageousness often trumpeted in Nick Broomfield’s entertainment-focused pieces, a double-edged sword that will rile viewers hoping for sharper critique. Largely, Scotty and the Secret History of Hollywood presents Bowers as a credible authority, but the breadth and depth of the anecdotes — which include a ménage à trois involving Scotty, Lana Turner and Ava Gardner, as well as eyebrow-raising requests from the visiting Duke and Duchess of Windsor — leaves it all up to the viewer to accept or reject.

Bowers often provides lurid, profanity-laced descriptions that could make a square faint dead away, and Tyrnauer indulges in some degree of mythmaking for a pre-AIDS utopia of omnisexual freedoms championed by an apple pie on the Fourth of July Iwo Jima survivor. In one vignette, Scotty contributes the introduction for Taschen’s Dian Hanson-edited collection of Allied homoerotica My Buddy: World War II Laid Bare, and the movie flirts with a psychoanalytical assessment of how Bowers may have been partially shaped by his wartime relationships. 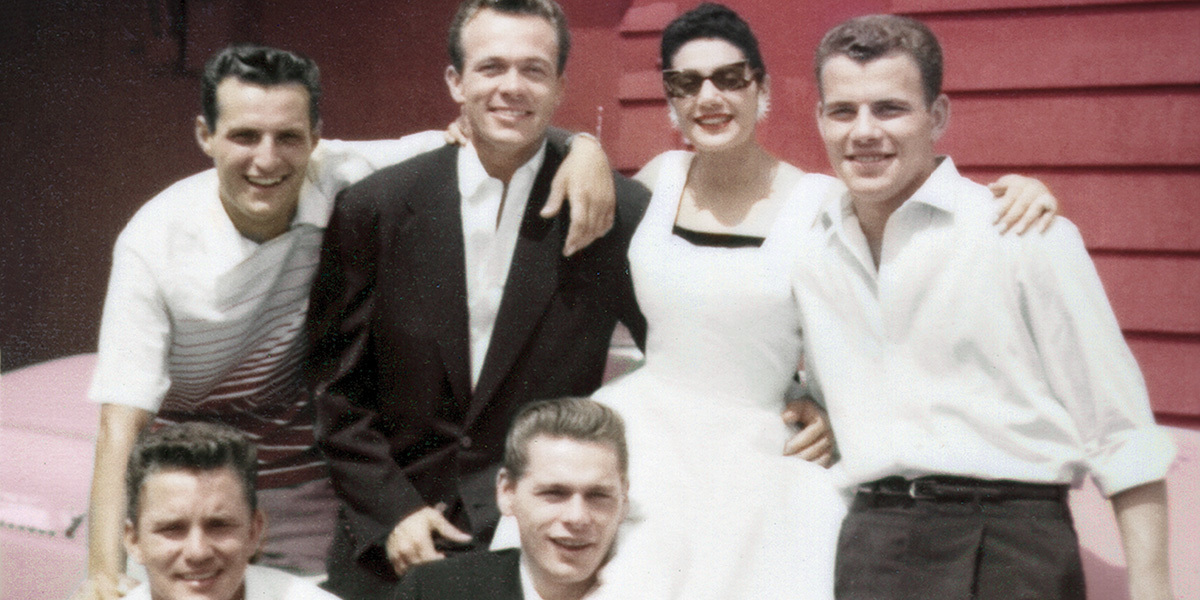 Just as important to Scotty’s biography, however, are the revelations of preadolescent sexual abuse by an adult acquaintance and then a priest, which Bowers is quick to dismiss and wave off. Scotty insists that all his tricking and hustling was undertaken happily, even as a minor, but one gets the sense that Tyrnauer would like to imply that some trauma is linked to Scotty’s vocation, even if Bowers presents a happy-go-lucky face to the world. Along with the unglamorous foraging through mountains of garbage threatening to overtake every square inch of Scotty’s day-to-day world, Tyrnauer coaxes Scotty to open up a bit about his daughter (who died from complications following an abortion when she was in her early 20s) and his longtime wife, whose vivacious presence in photographs hints at yet another fascinating tale.

Early in Scotty and the Secret History of Hollywood, Tyrnauer includes a clip from The View in which the panelists debate the ethics of Scotty’s decision to make the change, so late in life, from absolute discretion to kissing and telling. Tyrnauer, for his part, argues that the movie functions at least on one level as a corrective to the hypocrisy of golden age Hollywood and the damage done to the many actors who unfairly lived in fear of being exposed. It certainly isn’t hard to imagine Scotty’s confessions as a twilight bid for some kind of closure if not recognition. The Richfield Oil gas station at 5777 Hollywood Boulevard where Scotty began pimping has disappeared, and someday in the not too distant future, Scotty will also be gone. His stories, and our fascination with the private lives of the rich and famous, aren’t going anywhere.