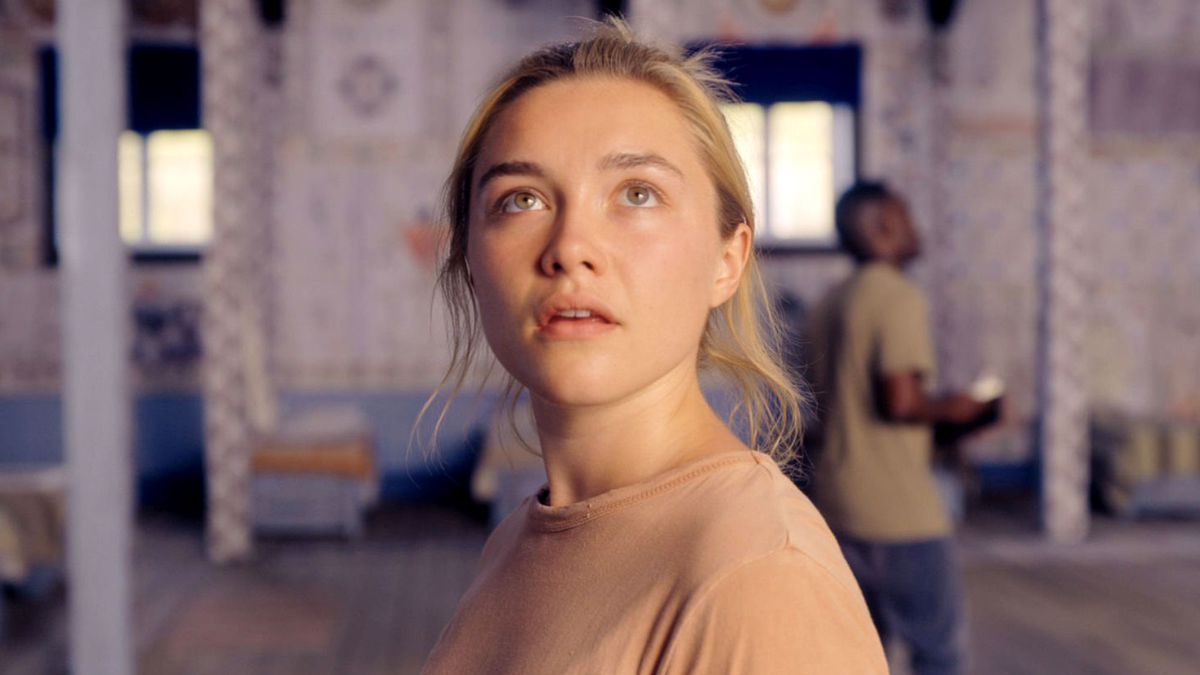 Midsommar is a trip, literally. The new film from director Ari Aster not only tells the tale of a group of Americans making a strange visit to a strange land, it also features some psychedelic imagery. But while the sights, sounds and residents of this peculiar world make for an unforgettable, one-of-a-kind journey, this is one expensive trip to nowhere. Midsommar is all steak, no sizzle, and no real lessons are learned other than, maybe, “Screw your mansplaining boyfriend.”

The film revolves around Dani Ardor (Florence Pugh), a college student dealing with unimaginable trauma after the murder-suicide of her parents and sister. When Dani, who lives in an almost paralyzing state of anxiety, learns that her boyfriend Christian is traveling to Sweden with his fellow graduate students to visit an isolated commune, she wants to go to.

It all starts off innocent enough, like a really laid-back Coachella experience. But it’s obvious from the get-go that something strange and sinister is afoot (one character even addresses the cult-like vibe of the commune when they arrive, saying “So we’re stopping in Waco before going to Pelle’s village”). People go missing. Villagers make strange advances and leer from across the dinner table. Oh, and pay no attention to the caged bear, mmkay? It doesn’t help that Dani has doubts about Christian, who seems more interested in writing his master’s thesis than he is in their relationship. 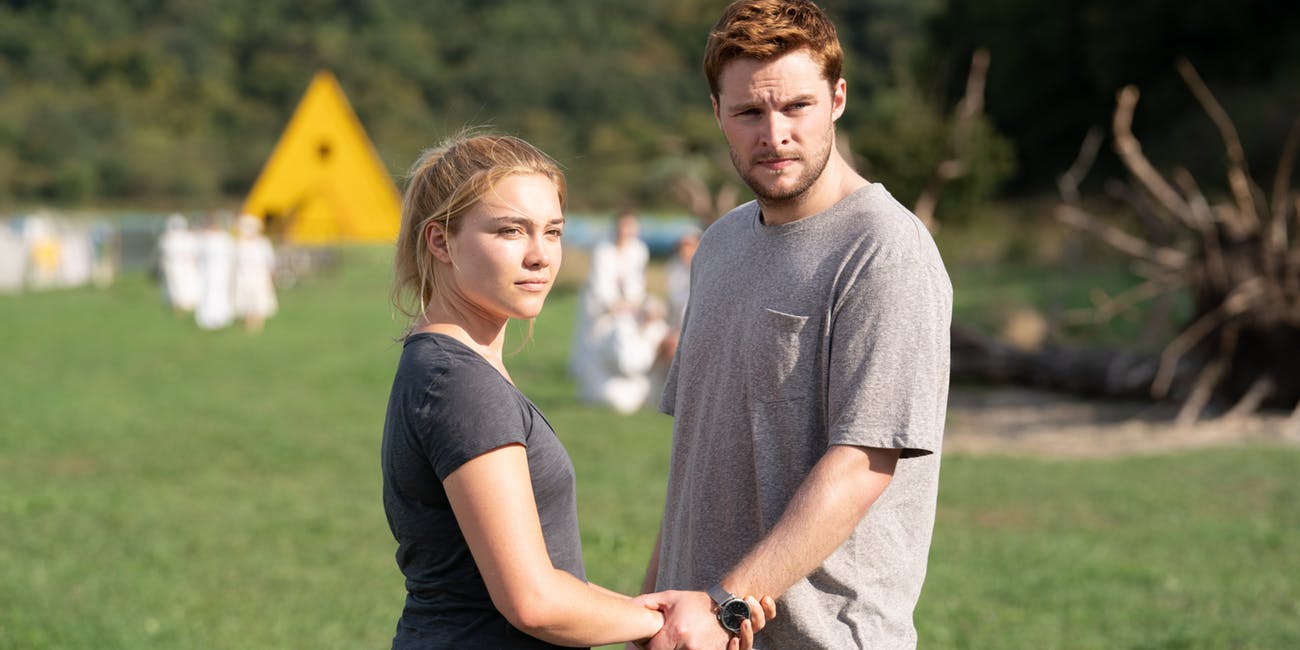 Like Aster’s acclaimed 2018 horror/drama Hereditary, Midsommar doesn’t resort to jump scares or standard slasher fare. It’s one of those “elevated” horror movies, with gorgeous visuals and emphasis being paid to showing grief rather than gore (though there’s still plenty of that.) But it’s not enough to dress up a horror production like a twisted Wes Anderson movie and put it on cruise control. Aster has done it again. With Hereditary, he crafted a visually stunning horror film that plumbed the depths of human despair. And just like Hereditary, Midsommar runs its characters through the ringer, but there’s not much more to it than that.

Aster would make a great director of photography, as here are some really creative shots throughout Midsommar. For example, when Dani and her friends travel to the villages, the camera goes upside down, showing the road at the top of the screen, clearly signifying that the characters have entered an “upside-down” world of sorts. Then there are the multiple “tripping” scenes, where characters take various psychedelics and end up seeing things. Dani sees the grass growing through her feet, the bark on a tree flowing like water. It’s surreal.

But at a runtime of almost two and half hours, Midsommar does start to drag, and not even flashy visuals can take away from the slog of the the story. At one point, a main character asks “How long are we going to stand?” to one of the villagers, and it almost reads like a plea from the editor — how long are we going to just sit and watch as characters make dumb decisions while the obviously evil cult reveals themselves? 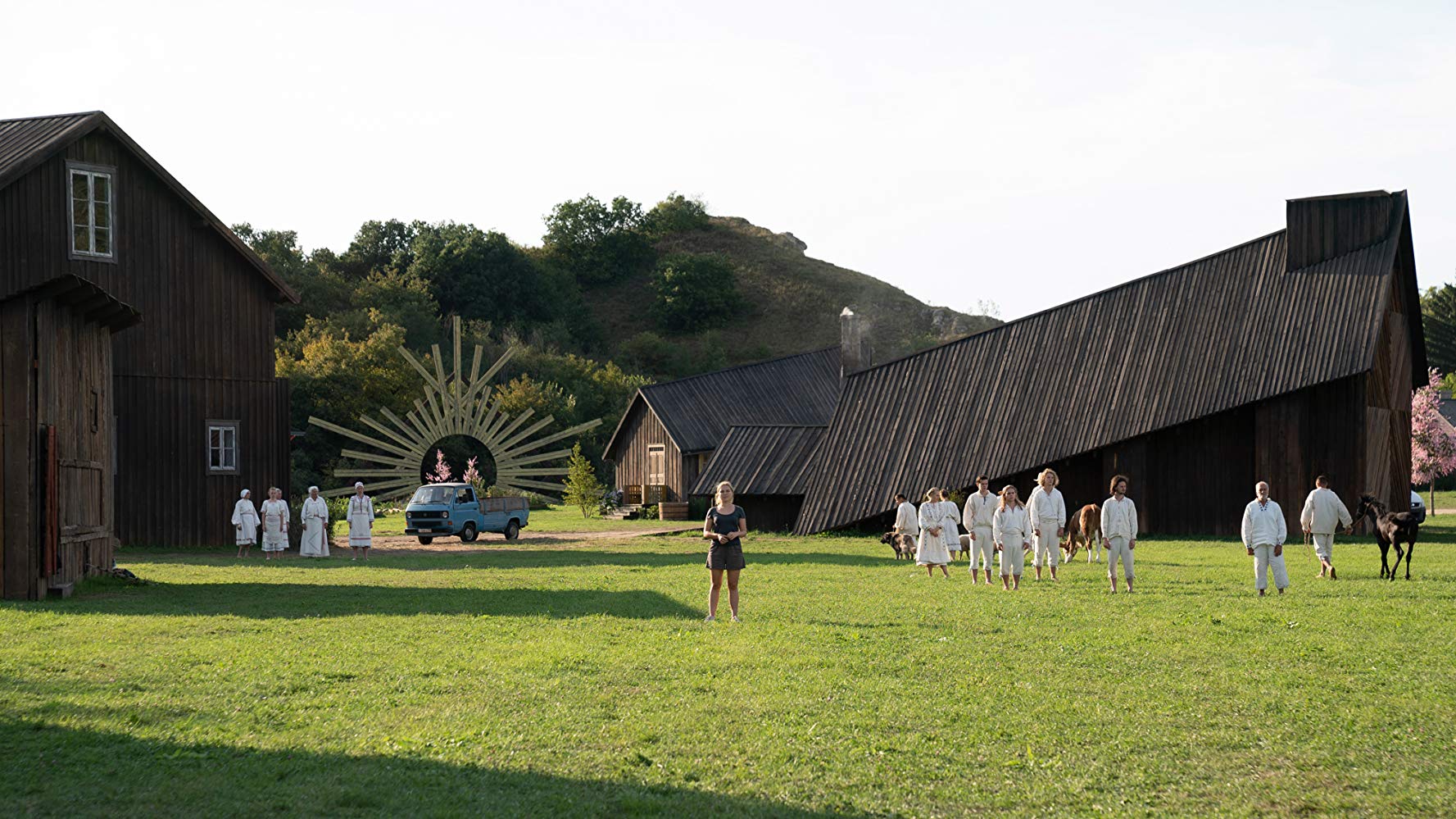 Pugh is convincing as Dani, expressing the agony of coping with the death of family members (her guttural moans are too authentic.) She leads a cast of talented actors, including Will Poulter as the wisecracking Mark, and Vilhelm Blomgren as the soft-spoken Pelle. There’s not a weak actor in the bunch: they’re just forced to read lines that make them unsympathetic or just plain old uninteresting.

It’s clear from the sheer craftsmanship on display in Hereditary and now Midsommar that Aster is a keen director with a great eye. But Midsommar, just like Hereditary, doesn’t stick the landing, resulting in laughs at the climax where there should be cries. Midsommar is gorgeous to look at, but it can’t make up for a storyline that never really answers any questions of attempts to present any type of cohesive theme. This is one festival that you could skip this summer.