‘Elvis’: The Tale of a Southern Country Boy Who Crossed the Racial Divide 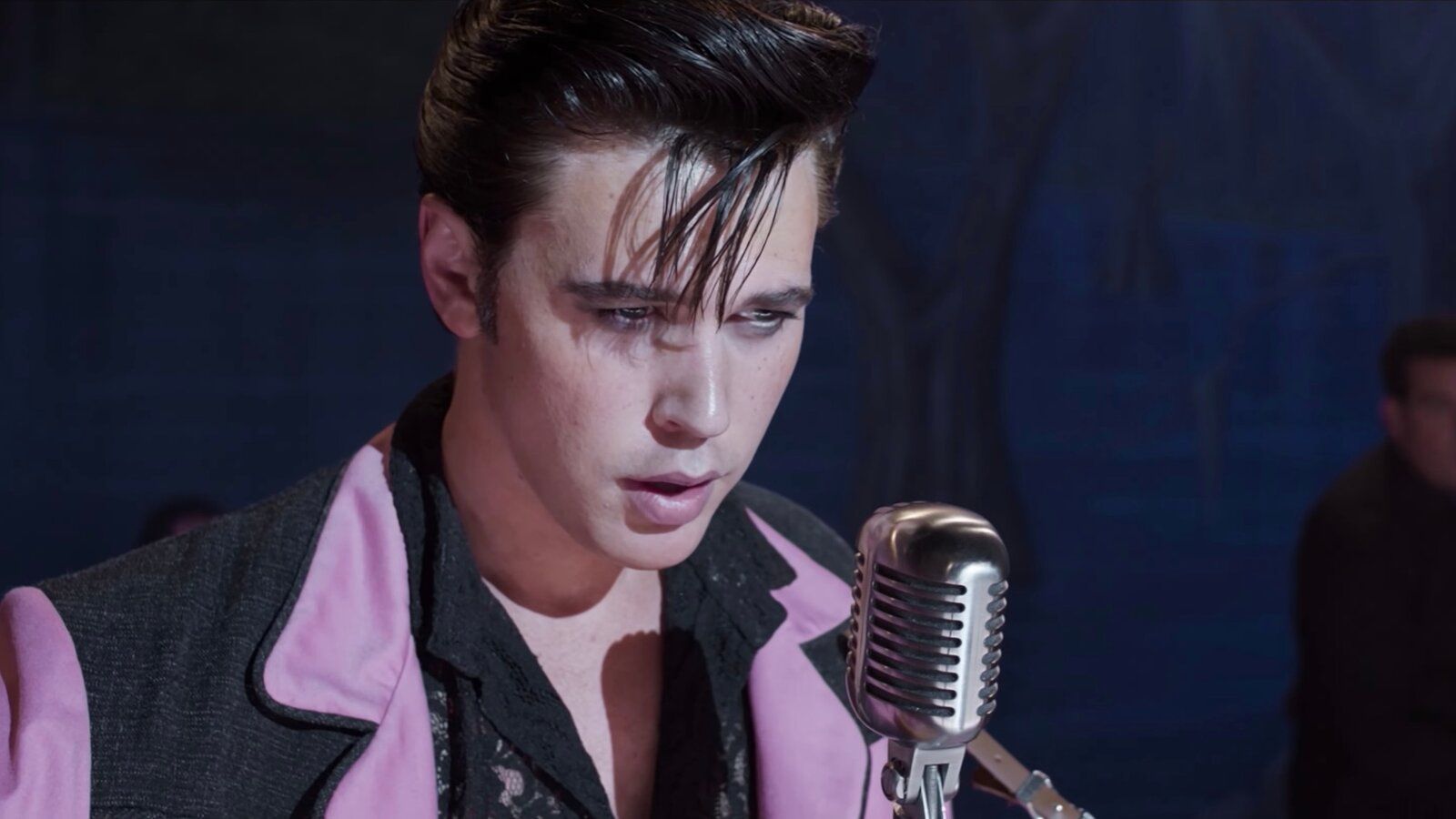 The lady on the front porch of the Tupelo, Mississippi shotgun house stood in contrast to her surroundings. She looked like the nicely dressed, somewhat stocky, bouffant-hairdo’d Southern women I used to see on the front steps of the First Baptist Church on Sundays as my family made its way to the Pentecostal Holiness church on the other side of town.

This was back in the 1980s, and she was part of the two-lady welcoming committee to the humble birthplace of Elvis Presley. She nodded when I asked her if she was a native of Tupelo.

“Did you ever know or see Elvis when he was growing up here?”

She shook her head. “No, we never came over to this part of town.”

Elvis is much on my mind these days after seeing director Baz Luhrmann’s 2022 film Elvis, an $85 million extravaganza that likely will earn twice that or more in box office receipts around the world. Actors Austin Butler as Elvis and Tom Hanks as Elvis’ Svengali-like manager, the ol’ carny Colonel Tom Parker, breathe new life into those familiar protagonists of a much-told story.

Read More at VV — The Light of Human Love and Community: On ‘Moontide’ and ‘Port of Shadows’ 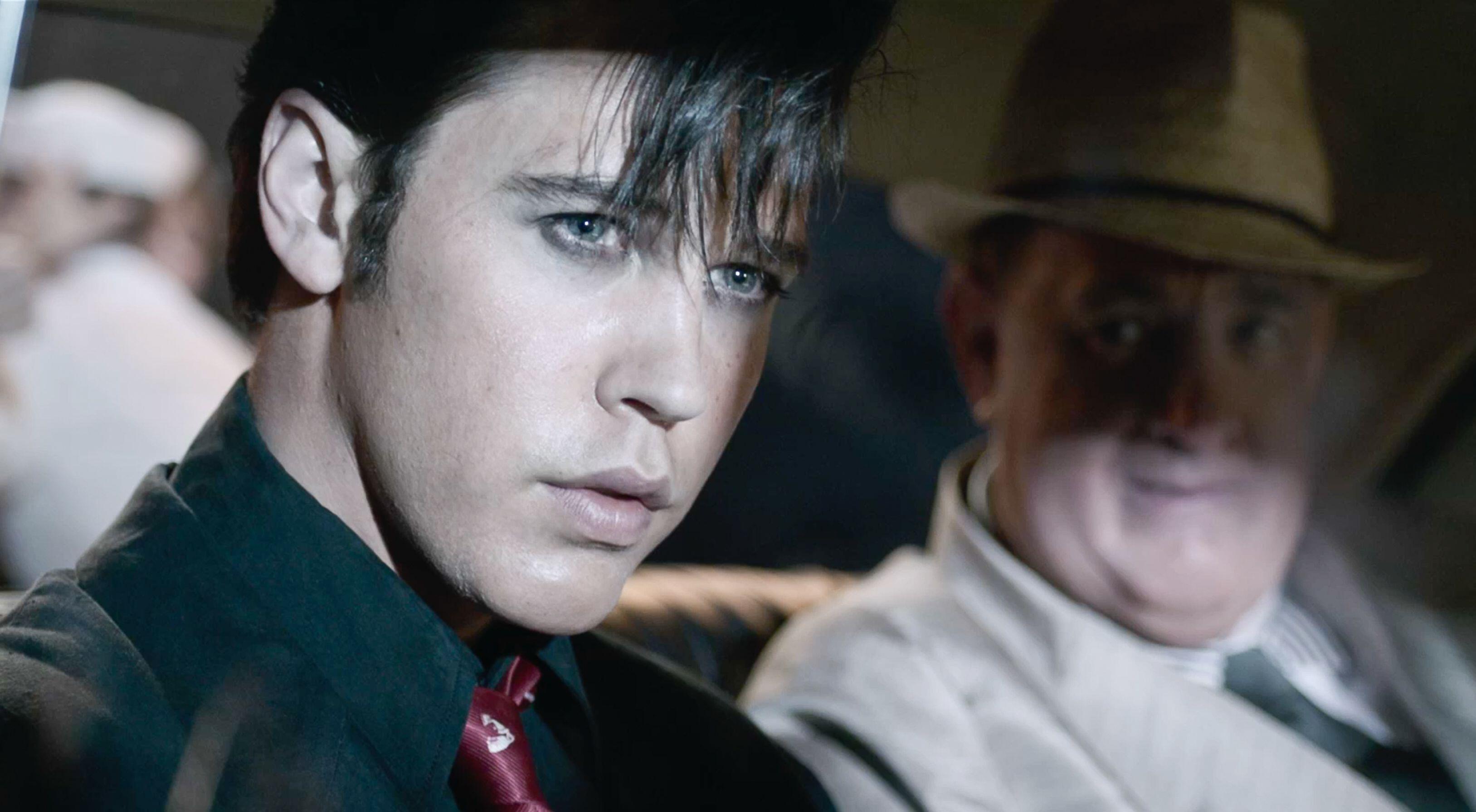 The kind of sumptuous visual and audial feast we’ve come to expect in a Baz Luhrmann movie, Elvis is simply amazing to the eyes and to the ears. The director and cinematographer Mandy Walker’s sense of mise-en-scène is nothing short of thrilling, most notably in the depictions of the juke joints and ramshackle Black churches around Tupelo and the throbbing life on Memphis’ Beale Street in the late 1940s and early 1950s.

In a film about arguably the world’s most famous singer, music is central, and Luhrmann and music director Elliott Wheeler create a world where blues and gospel provide a tonal backdrop for the music that ultimately comes out of Elvis. The blues hollers of Arthur “Big Boy” Crudup and “Big Mama” Thornton, along with the soaring gospels of Mahalia Jackson and Sister Rosetta Tharpe, at times blend with the intense modern-day sounds of rapper Eminem and others as Elvis shakes, rattles and rolls his way from Tupelo and Memphis fairgrounds to the Louisiana Hayride in Shreveport to neon-lit Las Vegas.

Based on the 2001 book Colonel Tom Parker: The Curious Life of Elvis Presley’s Eccentric Manager by James L. Dickerson (my good friend and publisher), Elvis does a good job probing the toxic relationship that ultimately developed between Elvis and Tom Parker, a Netherlands-born snake-oil salesman and carnival huckster who rose from managing dancing chicken sideshows in Tampa, Florida to managing country stars like Eddy Arnold and Hank Snow. His demand for total control was a huge factor in Elvis’ rise but then also in the frustrations and addictions that led to his death at 42. 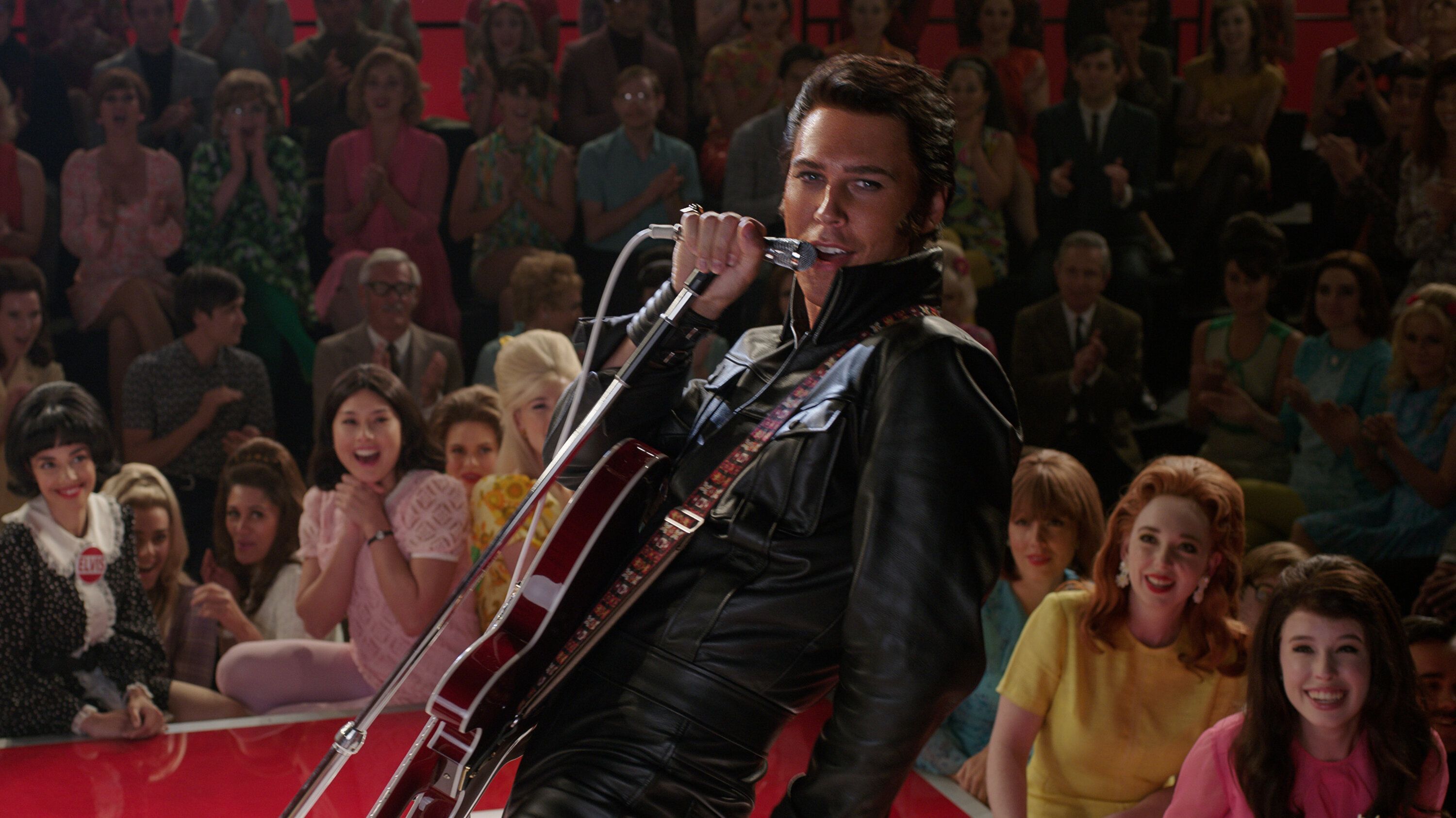 Still, the film’s storyline is flawed in some important ways. Much attention is paid to the influence of blues and Black gospel on Elvis’ career. A sharecropper’s son who lived in public housing and whose family depended on welfare, Elvis also grew up listening to Roy Acuff, Ernest Tubb and Hank Williams, like most young Southerners his age. The film depicts Hank Snow as jealous of Elvis and highly critical of the sexual energy his shaking and wiggling on stage created among the legions of females in the audience. However, Snow played a critical role in Elvis’ career by helping him get a life-changing RCA contract.

Films today, likes films of yesterday, have great trouble dealing with the poor Southern white. Directors and producers, like journalists and writers and intellectuals in general, can’t rid themselves of the images of the “rednecks” and “white trash” who screamed at Blacks and civil rights workers trying to integrate their schools in the 1950s and 1960s.

They can deal with the Southern white country boy who crossed the color line, shopped at Lansky’s on Beale Street and sneaked into juke joints to get the inspiration that led to him singing Arthur Crudup’s “That’s All Right, Mama” on his first record. They’re less comfortable with the Southern white country boy who recorded Bill Monroe’s “Blue Moon of Kentucky” on its flip side. 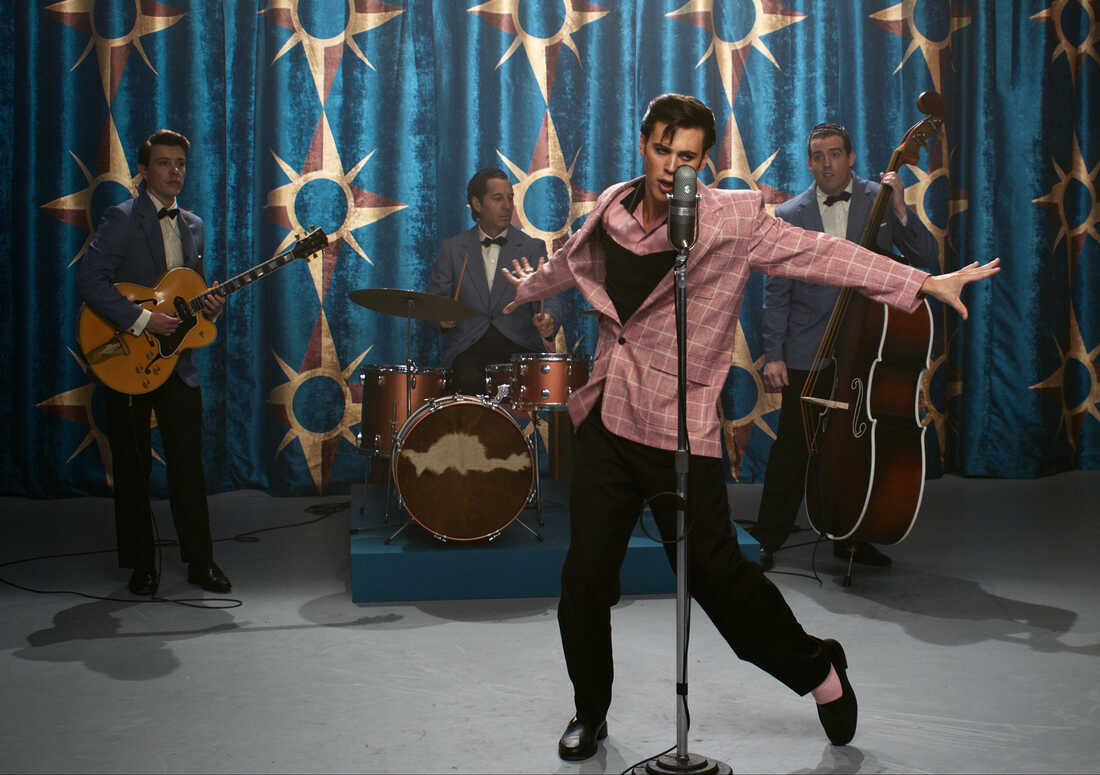 Yet, in the end, it was both those songs that created not only Elvis but also rock ‘n’ roll. There’s a lot of blues in country music. The first great country music star, Jimmie Rodgers, belted out blues after blues, albeit with a twang. Way back in 1980, I interviewed Bill Monroe in his “Bluegrass Special” bus, and the King of Bluegrass talked to me about the blues. “If you are a sad man and you like to hear the blues,” Monroe said, “you can get it out on a mandolin or a fiddle.”

Of course, you can also find a lot of country music in the blues as well. Muddy Waters and Howlin’ Wolf used to listen to the Grand Ole Opry. Take Jimmy Reed”s “Honest I Do” or Brownie McGhee and Sonny Terry’s “Down by the Riverside” and you get country-infused blues. 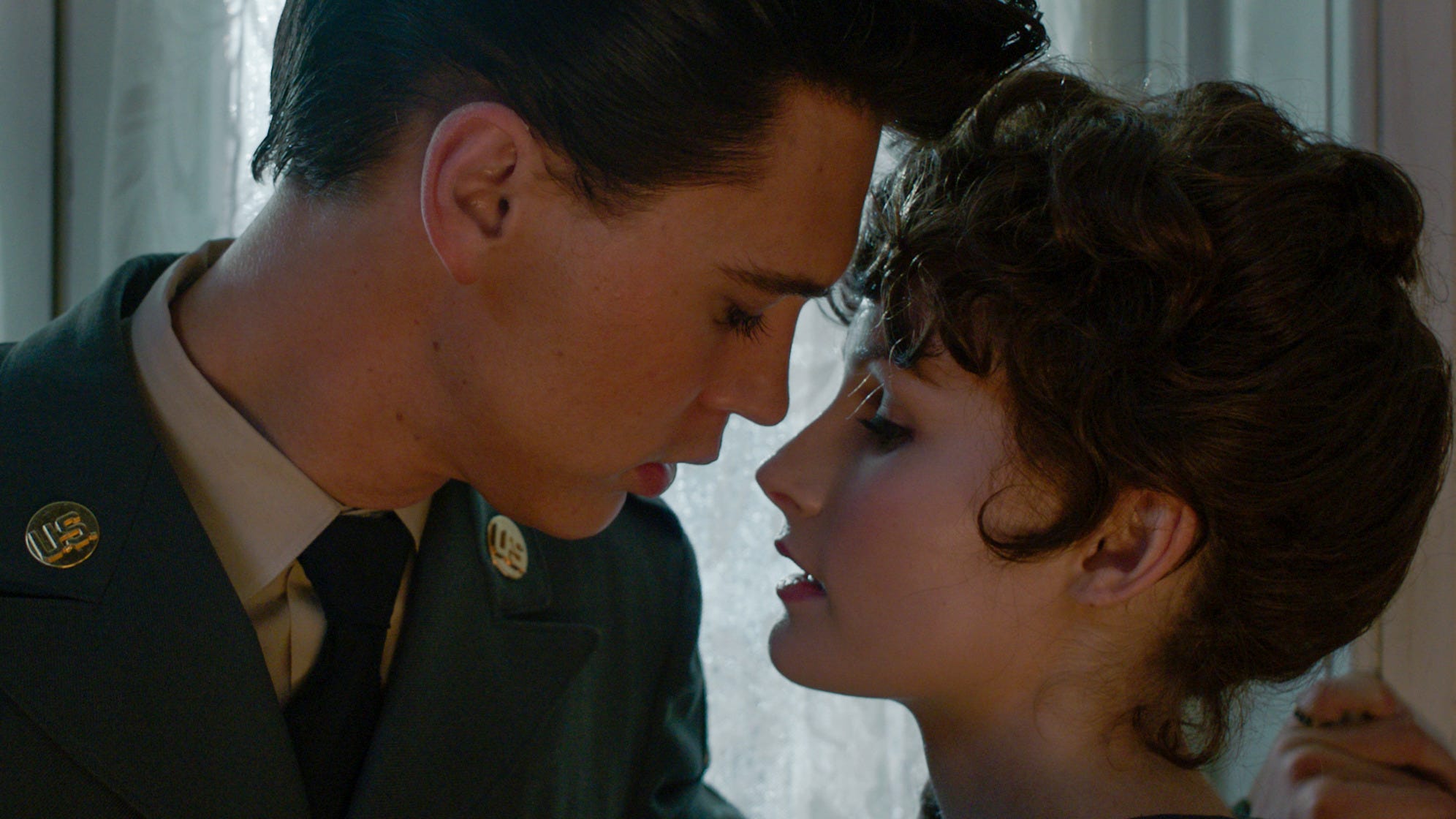 The magic of Elvis was that he saw value and freedom in cultural amalgamation, challenged the powerful forces that wanted to stifle it, and then made it his own. The world owes him a lot for that.

Joseph B. Atkins is a veteran writer who teaches journalism at the University of Mississippi. He is the author of Harry Dean Stanton: Hollywood’s Zen Rebel (University Press of Kentucky, 2020) and the novel Casey’s Last Chance (Sartoris Literary Group, 2015). Joseph’s blog is laborsouth.blogspot.com. He can be reached at jbatkins3@gmail.com.