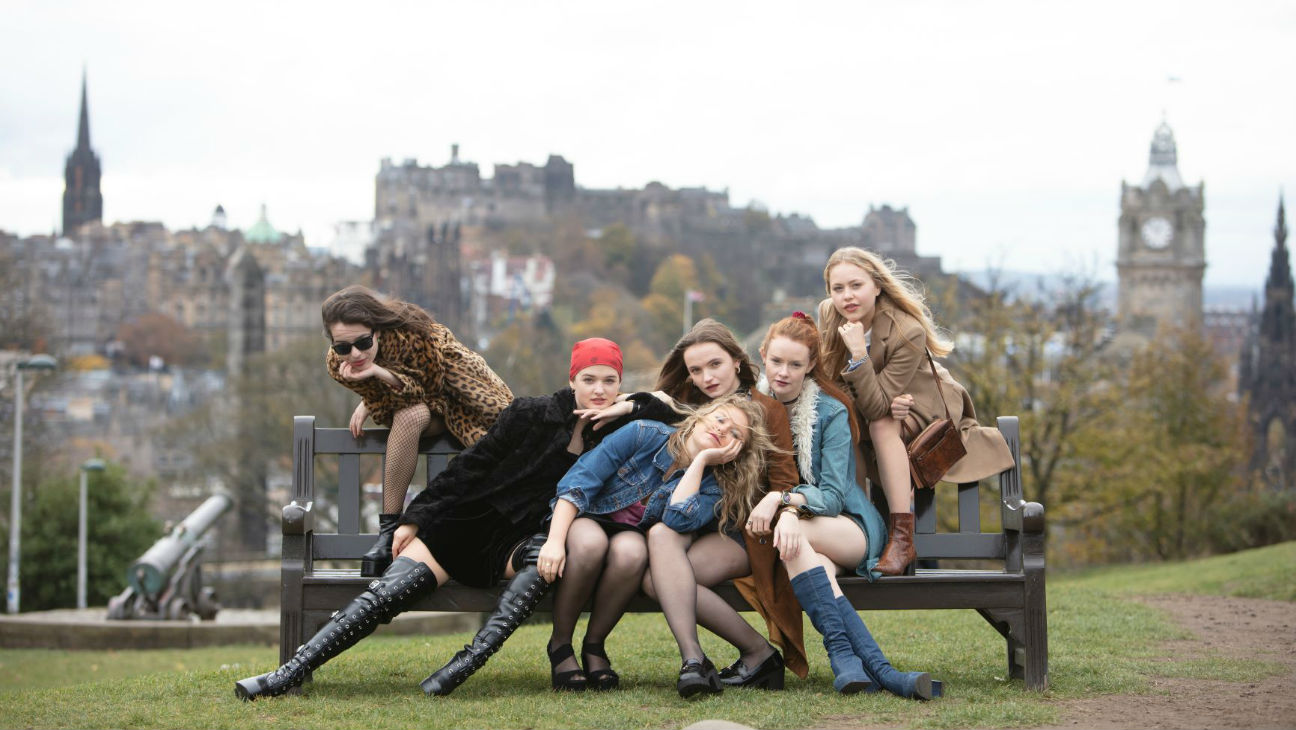 An entertaining but misguided attempt at capturing teenage sexual fever, Michael Caton-Jones’ Our Ladies follows the scandalous escapades of six Scottish Catholic schoolgirls, who visit Edinburgh to partake in a choir performance. Adapted from Alan Warner’s memorable and award-winning novel The Sopranos (no relation to the show), Caton-Jones’ film is a nostalgic ride down late 1990s memory lane. Boasting a soundtrack rich with the era’s hits, Our Ladies may resonate with those appreciative of the 90s, but the film’s lack of critical insight on the gender politics of negotiating sex undermines its purported feminism, making for an uneven and disappointing viewing experience.

Our Ladies begins with a mystical shot of the Scottish Highlands, with the titular ladies standing behind a river as the camera zooms toward them. Orla (a brilliantly charming Tallulah Greive) turns her face while introducing herself through voiceover, flashing back to 1996 when she was enrolled at the Ladies of our Perpetual Succour, a local Catholic school in the town of Fort William.

The principal characters are introduced with brevity. There is the rambunctious Manda (a touching Sally Messham), first shown mixing soda and alcohol in the bathroom of her family’s home. Manda’s childhood best friend is Finnoula (a quietly affecting Abigail Lawrie), who crushes on a woman for the first time in her fling with the wealthy, nerdy Kay (an enduring Eve Austin). Kay, the daughter of a doctor, is consistently picked on by the other ladies, who hail from middle class and less-than-ideal households, with Chell (a lovable Rona Morrison) described as having grown up without a father after tragedy struck during her childhood. Rounding out the ladies is the confident Kylah (a caring Marli Su), lead singer of a local band recently named “Thunderpups,” a move that hilariously causes her to resign shortly after the name is announced without her feedback.

The teenagers refer to their headmaster as “Sister Condom” (a clumsy and likable Kate Dickie). Despite the sister’s persistent faith, Our Ladies frames her as sexually desperate as her students. In shots when the sister thoughtfully gazes at a couple wildly making love in public or looks at a handsome and young male priest, her repressed, sexual energy is earnestly felt. 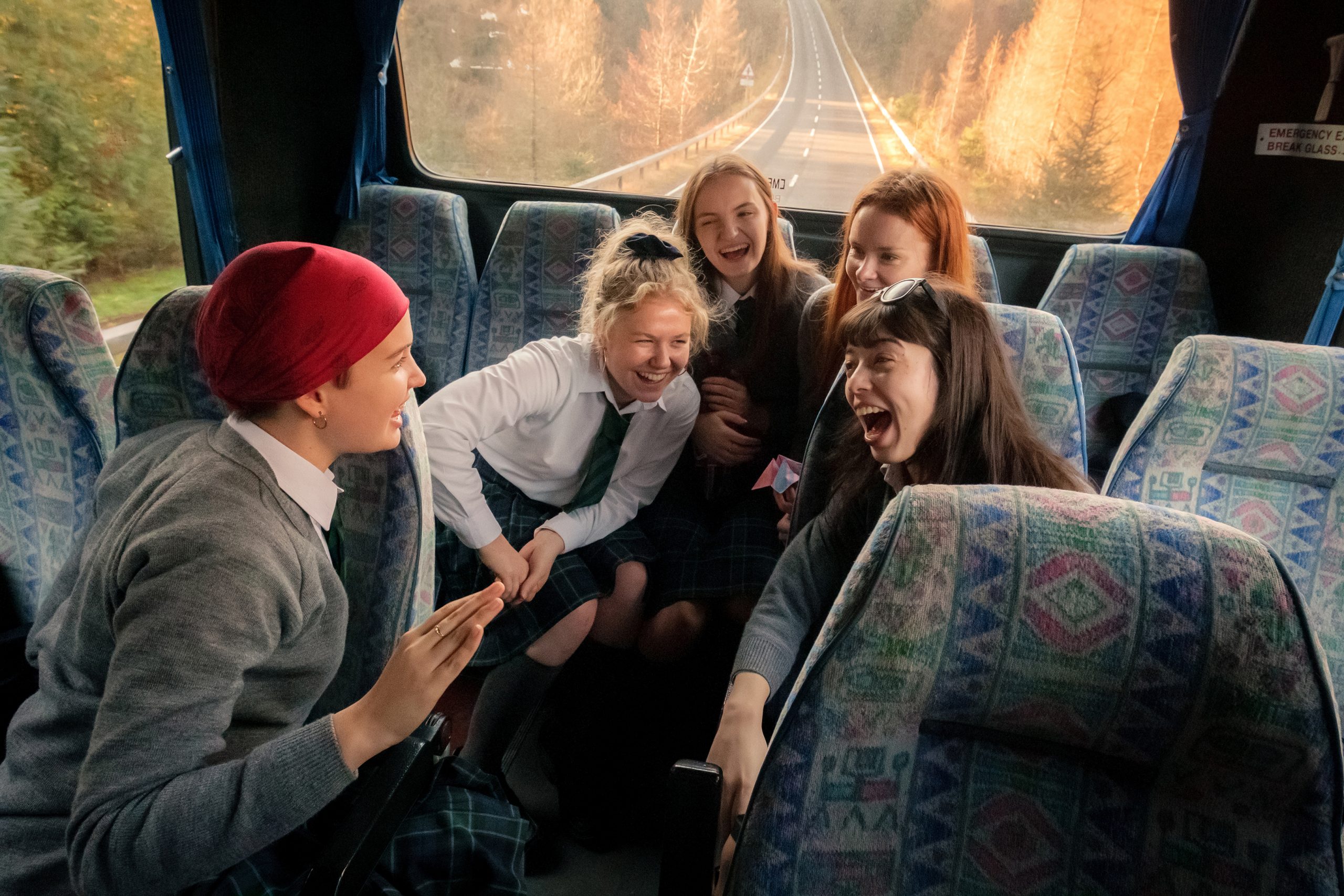 The same cannot be expressed for the ladies, whose sensibility of consistently chasing sex, while certainly not cliché for onscreen female heroines, is rendered as thoughtless and simple, especially when truths and tensions come to light. When life-threatening diseases, childhood fears and questions of sexuality are brought forth, the ladies’ desire to get laid suddenly becomes less viable as a character-defining attribute.

Pickup scenes with male characters are handled clumsily. Though it takes place in 1996, Our Ladies’ representation of the gender dynamics between men and women regarding the negotiation of sex is just as dated, and insightful analysis of power is absent. Most male characters are depicted as either childish or respectful of the ladies’ space — consequently, the pressures and power play inherent to a man taking a woman home is absent and sorely lacking.

Our Ladies manages to deliver well-designed humor, with the climactic sequence being the most memorable. A character accidentally lights fireworks, causing explosions across town in the middle of the night and the ladies — most of whom are in the throes of hot sex — witness the surprise explosion.

It is noteworthy that a phallic pyrotechnic device serves as the backdrop for a group of female teenagers fulfilling their desire to finally have sex. Call it humor or irony, but the scene is an apt metaphor for the film. As a representation of sexual femininity through the limiting gaze of a male filmmaker, Our Ladies, though filled with poppy performances and humorous situational comedy, is a bad date that fails to impress.