On ‘The House That Jack Built,’ Art Monsters and Not-So-Guilty Pleasures 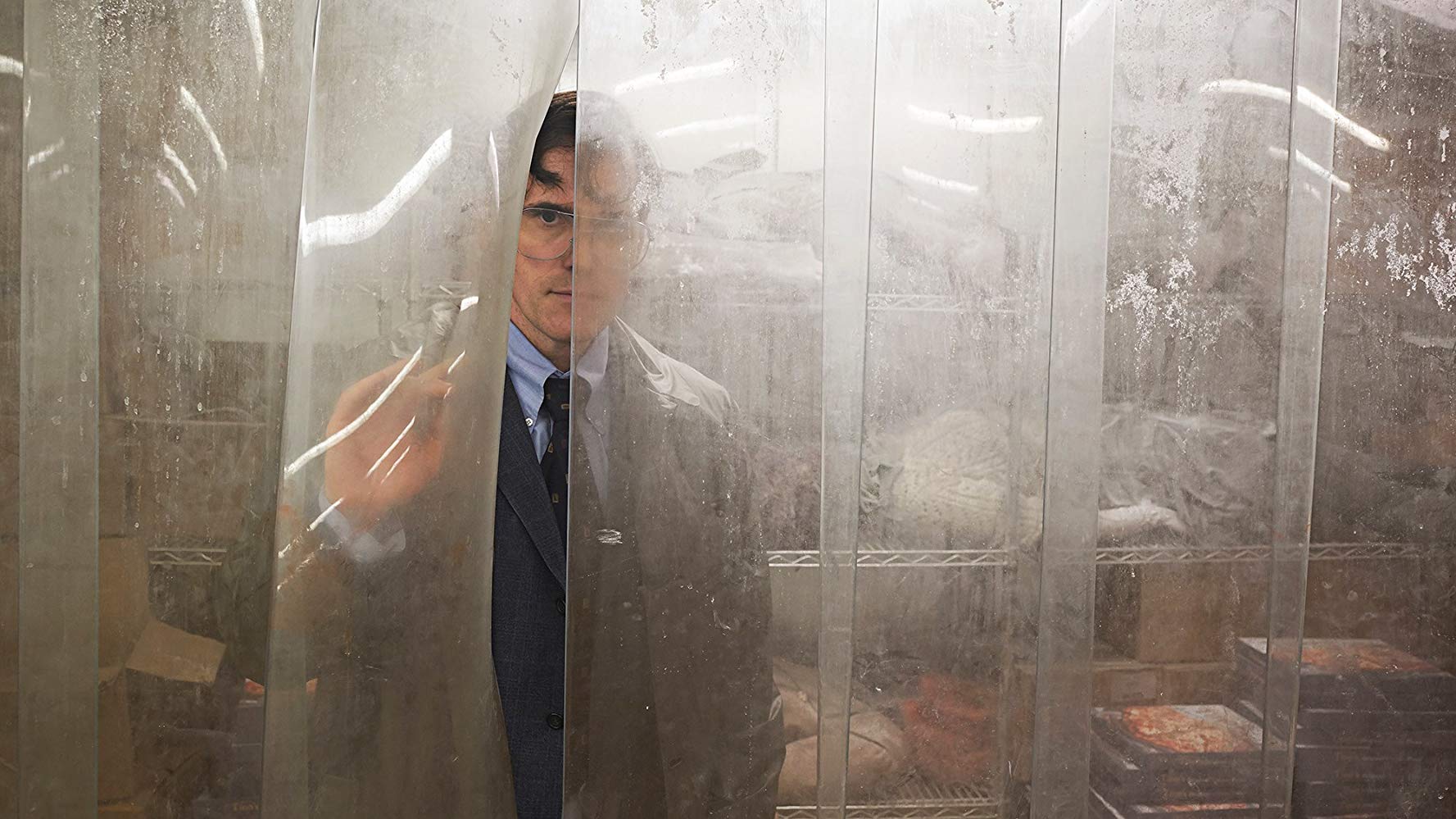 I was in high school when I discovered Lars von Trier, through the digital grapevine of provocation by hungry young people bestowing his latest film, Antichrist, with the sort of intellectual obligation reserved for Stanley Kubrick and Luis Buñuel.

I don’t mean to be dismissive.

Intro to cinema that you’ll watch in secret from your parents.

I’m just saying von Trier’s version of a softer touch is a planet colliding into Earth. The consistent flashiness of his oeuvre, uninterested in all but the most extreme personalities and emotional states, each film tinged with a sense of the apocalyptic, will naturally satisfy the petit subversiveness that teens with a chip on their shoulder would find attractive. Myself included.

And I don’t mean to say that his films are unfit for a grown person with her mental capacities firing functionally on all cylinders. The relationship just becomes more complicated. 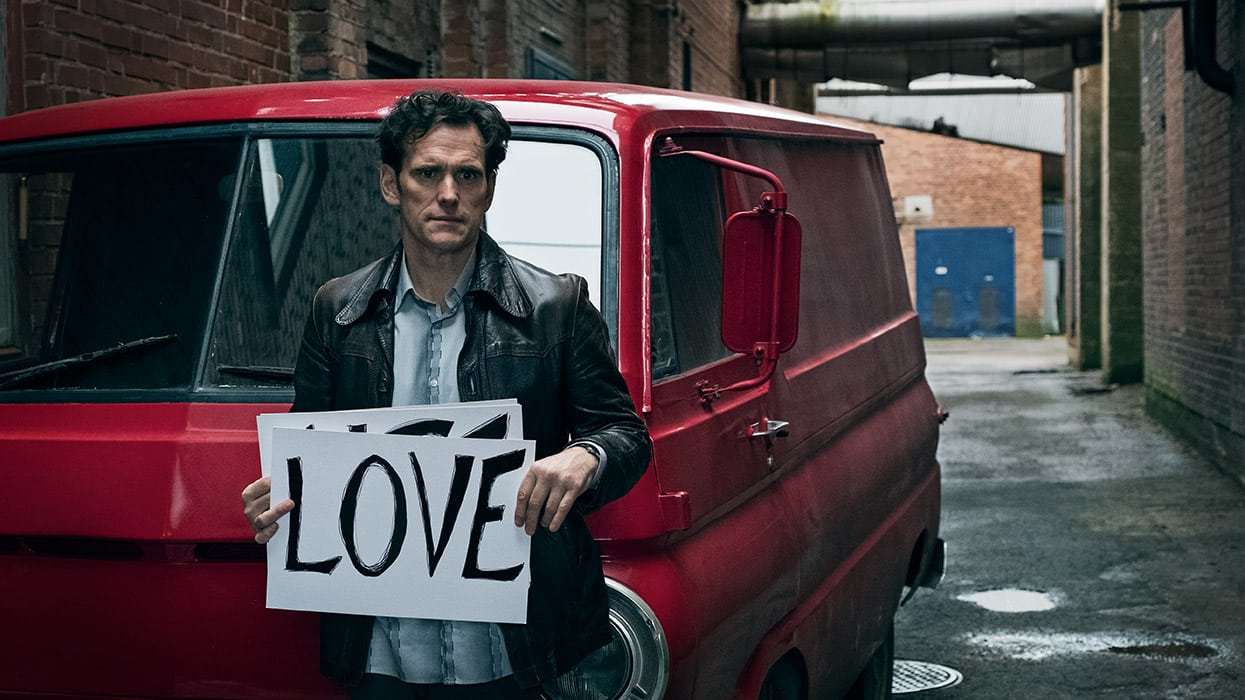 It was really only a matter of time before von Trier decided to take on the serial killer movie. The genre is often premised on deciphering desire and motivation (or lack thereof) as a metaphor for the dark underbelly of human nature, and it relies on bodily violence as its catharsis. This description feels casually transferable to most of von Trier’s work, but it’s the genre’s cliched gender politics — of naive, fallible, sexualized victims — that bears an overt resemblance to the director’s decades-long fixation with troubled women.

Is The House That Jack Built an unapologetic misogynistic blood-bath? That I’ll get to later.

In any case, a serial killer movie would seem like the most literal expression of von Trier’s interests, and a natural visual progression towards the explicit violence of murder that his films have been inching towards since Dogville. In The House That Jack Built, bodies are bent, sculpted and mutilated into playthings, the dignity of others sacrificed in the name of Jack’s intellectual-artistic cause, which offers a more eccentric understanding of “evil” than the mindless bloodlust or “faulty wiring” explanation of say, the killer of the 1983 Austrian film Angst. If the idea of an enlightened psychopath sounds as ridiculous as it is deranged (and I exclude the convincingly dignified chianti-sipping Hannibal Lecter from these ranks), that’s because it’s meant to be.

Like Mary Harron’s 2000 satire American Psycho, The House That Jack Built fiddles with the mythology of the conveniently OCD, tall, white and handsome serial killer, weaving extreme cruelty with a sort of self-aware and self-incriminating absurdism. Christian Bale’s Patrick Bateman is wicked — he kills women and homeless people for fun — but somehow it’s his 12-step skincare routine and his fixation with the textured business card of his office nemesis that lingers in the mind like a running joke. Matt Dillon’s Jack — an engineer and aspiring architect — similarly relishes in manic compulsions. Of the film’s five chronicled “incidents,” the second home invasion scenario showcases Jack’s paranoia by visualizing the (nonexistent) evidence left behind at the scene of the crime — a blot of blood on the carpet, or smeared behind a rickety painting. What results is a bizarre solipsism, of checking again and again on his victim’s abode while the body festers in the backseat, leading to a self-inflicted close call with a local cop, and ultimately a miraculous escape featuring rain-water that literally washes away Jack’s sins (i.e. the blood trails from the body dragged and tethered to his getaway-mobile). 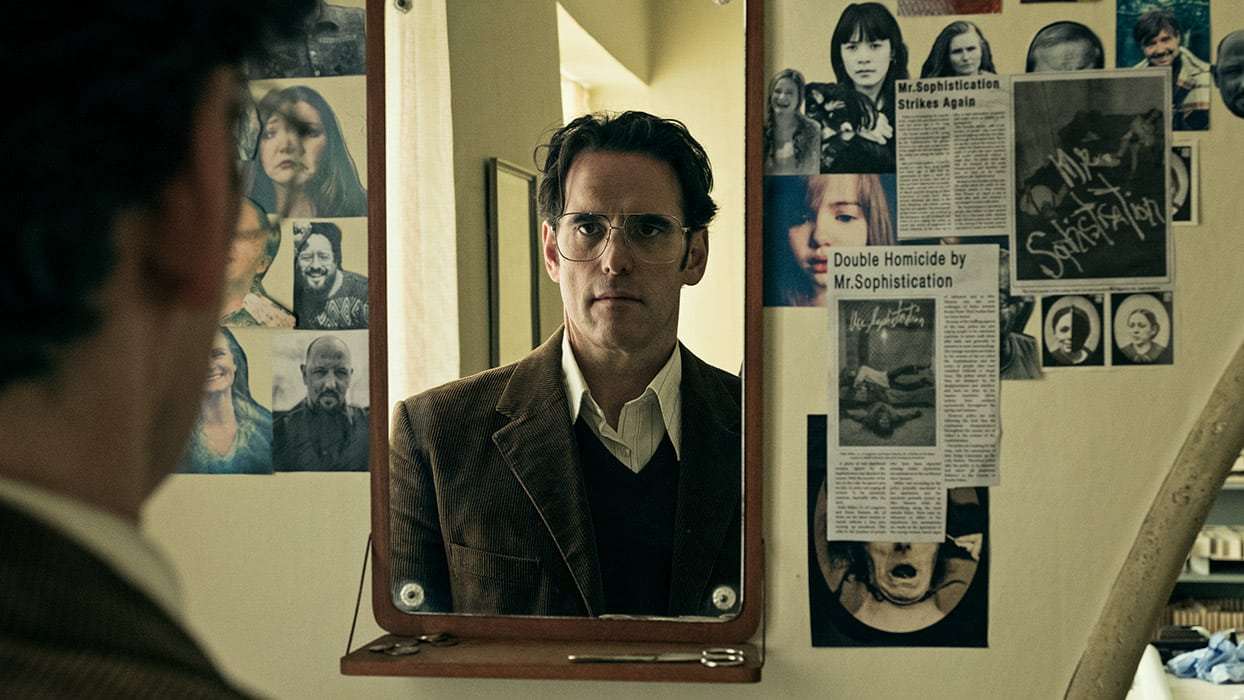 Jack and Bateman aren’t necessarily anti-villains. Their sadistic motivations are just so oblivious, and so laughably mismatched with their high-falutin pretension that the effect is one of playful absurdity. “Mr. Sophistication,” the pseudonym Jack attaches to his photography projects of posing cadavers in The House That Jack Built, is therefore more aspirational than it is descriptive; he believes his photography and taxidermy experiments to be masterful, though they’re laughably terrible. “Even Bach had his demons,” Jack considers, and if this isn’t evidence enough of the disconnect between Jack’s self-perception and the film’s broader mocking attitude towards him, then a recurring shot of his various failed attempts at designing and building a house for himself should drive the point home. When Jack finally ends up building a house, an uninhabitable structure made of grayed, disjointed bodies, it’s both a concession and revelation. Jack beholds his magnum opus — a grotesque thing to look at, though he admires it with maternal eyes — which contains an escape hatch that will be both his salvation and damnation as the cops break open the vaulted door of his human refrigerator.

The House That Jack Built is von Trier’s most blatantly personal film — that the director sees himself represented in Dillon’s red-cloaked, sadistic Jack, pursuing an aesthetic grandeur unbarred by the squeamish limitations of “normal” people, is all but spelled out. Unlike other clean, white psychopaths before him, the tension between the private, murdering Jack “on the inside” and the public persona that somehow belongs in normal society is never explored here, so much as the seemingly opposed aspects of his personality and inspirations — the civilized and the barbaric — are reconciled and interwoven by threads of violent imagery and sustained intellectual debate. The running voiceover dialogue between him and Verg (Bruno Ganz) in The House That Jack Built plays out like an apology, a defense and a nostalgic look back at Jack, or rather, von Trier’s greatest hits. 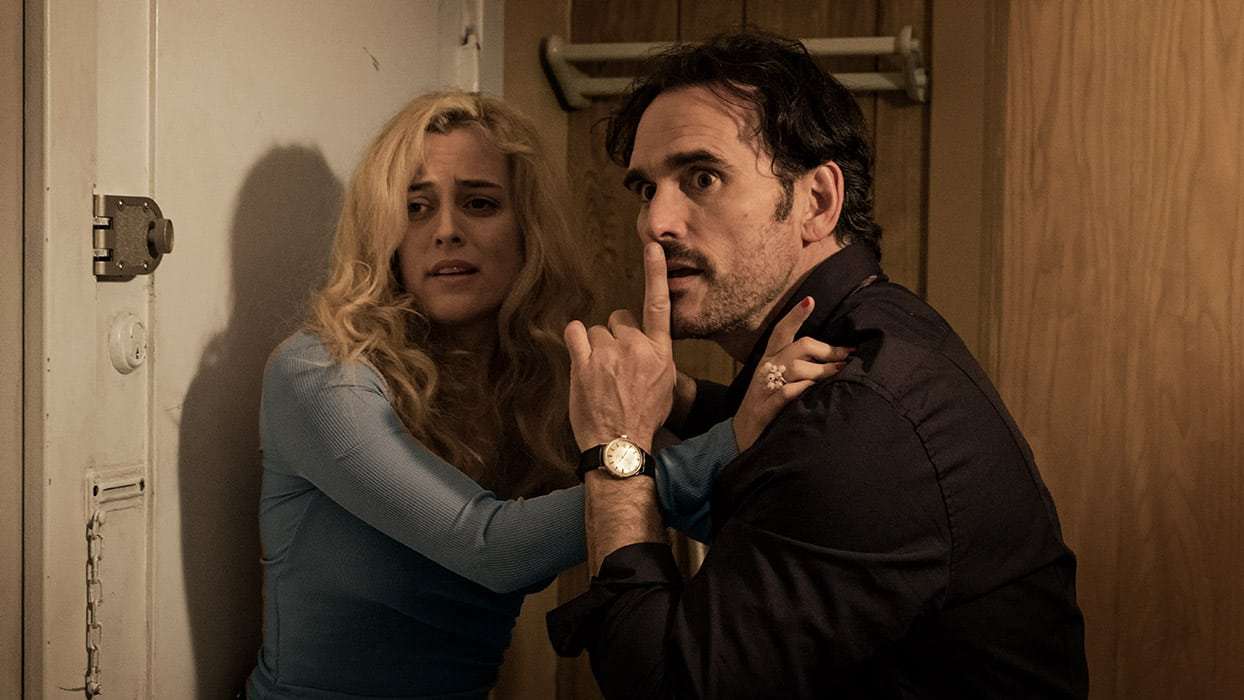 Years ago, I found myself fortunate enough to be living in Paris for a while, and when I realized I’d be getting early access to Nymphomaniac, I was unnaturally excited.

But I snuck away to see it on my own. I didn’t tell my closest friend at the time — Q — ’til after the fact. Q had long denounced von Trier for sound reasons. I remember reading about the comments the director made at Cannes in 2011, essentially how he could appreciate the tragic beauty of Adolf Hitler. With a career premised on an even more exaggerated power disbalance than most male directors — given his interest in exploitation of women — well, it’s unsurprising that allegations of harassment have surfaced against the Danish director. 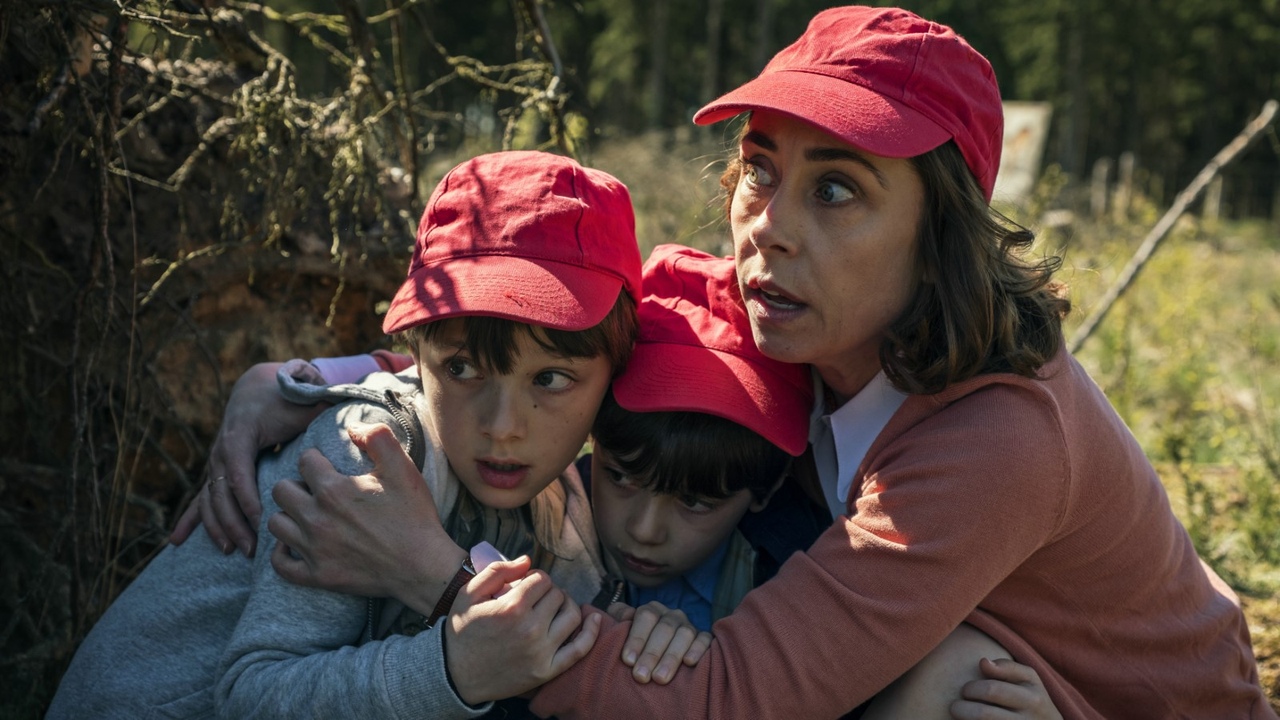 Thoughtless provocation might very well be the incentive for von Trier, who relishes in the idea of the offended masses, and yet beyond the director’s penchant for titillation and outrage is a philosophical belief in a liberated art, an art bound to no rules or responsibilities. Incident three, perhaps the source of greatest critical backlash and the heart of arguments that contend The House That Jack Built’s pointless excess, brashly confronts this proposition by mocking slasher etiquette — why not the children, also?

In considering the concept of family, Jack recalls with fondness a meek widow he courts, and her two small boys, whom he takes for a picnic outing at the shooting range. Things get The Rules of the Game-esque quickly, as Jack plays hunter to the unwitting family, of which scatters like un-savvy game to their own demise. One unlucky kid gets his head blown to bits with the single cock of a shotgun. A campy air of pseudo-sophistication brought about by montage clips evoking the past-time of “the hunt” in Western culture also makes a mockery of the sport’s air of dignity by visually linking the practice to the fascist celebration of body counts.

Skilled in pre-meditating criticism, von Trier encrypts the incident with manifold messaging in The House That Jack Built. Tactfully limiting a slasher film from murdering children betrays an act of curation and censorship in the name of propriety, and yet there’s obviously something sadistic and irresponsible about seeing a kid’s brains blown to bits. Jack’s narration goes from luxuriating in his triumphs to a sense of resignation. As an extended apologia, Jack is von Trier damning himself to hell, outwardly drawing parallels between himself and a misogynist murderer. However, the director also seems to suggest that the artist should have no qualms about wrestling with unpleasant consequences, about being indiscriminate about the victims taken hostage: “women are easier to handle,” he writes off as an artistic practicality.

Von Trier’s fixed dedication to craft comes across as weirdly puritan, but it’s precisely this fixed tunnel vision of artistic dedication that betrays a distinctly white and male creative privilege. There’s something to be said about the double standard applied to the “art monsters” of the world, the women who defy the expectations of their sex (being a good mother, wife, etc.) for the sake of their art, and the men who defy ethical codes altogether for the sake of theirs. Von Trier may or may not be aware of the breadth of his privilege when he sympathizes with Hitler or depicts the numbered slaughter of women, but at least one cannot accuse him of the brand of misogyny that muffles women altogether.

We used to have sleepovers all the time, right after graduating when we’d spend days at a time at each other’s new places; my shared townhouse with splintered floorboards and an 80s-era paint job of oatmeal beige and pastel purple. We’d get drunk and write and smoke cigarettes on the porch, chipped toes touching toes under my striped pink comforter, sharing drool-spotted pillows, not even bothering to close the bathroom door. We came home one night not wanting to sleep or talk, and so I put on, of all things, Melancholia — because we were also sad, and because I wanted to us to be sad together to the sadness-dignifying prelude of Wagner’s “Tristan and Isolde.” As the music blares, she marches in extra-slow motion, as if being tethered down by some fantastical vines from the dark side, poisoning her with a vision filtered by irrevocable emptiness…

Towards the end of The House That Jack Built, a curious montage of clips from his past films showcasing his collaborations with Kirsten Dunst, Charlotte Gainsbourg, Nicole Kidman and Emily Watson seems to invite audiences to choose for themselves whether von Trier might offer uniquely empowering roles for his actresses or whether they, like the viewer, are merely pawns of his egomania. Incident four, Jack’s confrontation with his “love interest,” Simple (Riley Keough), would seem to challenge those defenders of von Trier. The unsuspecting and beautiful Simple is psychologically abused before having her breast sliced off and fashioned into a wallet. Meanwhile, Jack tells her to scream, knowing full well that no one will come to her aid. It’s a difficult scene to behold in The House That Jack Built, not just as an exercise in cruelty but as blatant provocation against those of us whispering frog-throated justifications for why we should consider von Trier’s body of work, past and future. Is an apology valid if it is in itself a reproduction of the crimes? In any case, the grand finale through the pits of a classical inferno proves he knows he’s going to hell anyway.

I want to say that von Trier doesn’t have a clue about what it means, what it feels like to be numb, or horny, or broken as a woman in a woman’s body. Well, he doesn’t, but his films… they might. Perhaps dismissing von Trier’s work is the right course of action for those that have never found anything to connect to in his films. As for the rest of us (women) who return time and time again to see what’s he’s conjured up, the relationship will only continue to take warped, strained forms. “Where does the pleasure begin?” I’ve asked myself, “where does it end?”

Beatrice Loayza (@bealoayza) is a freelance film and theater critic based in Washington, D.C. Her work has appeared in MUBI Notebook and Next Best Picture, among other publications.