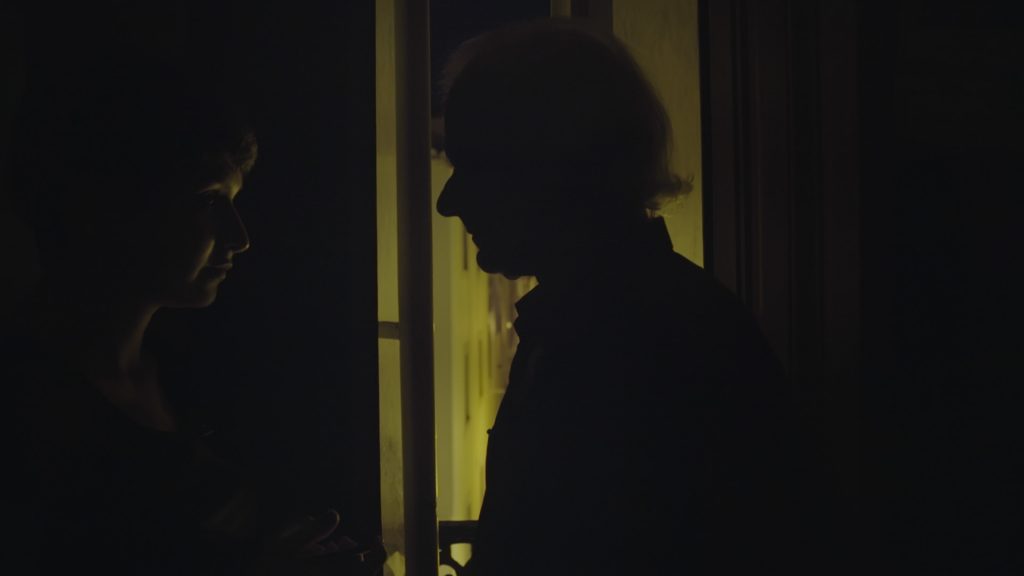 In Cristina Hanes’ documentary António and Catarina, there is no António. There is no Catarina. There is Augusto, a 70-year-old shut-in living in Lisbon. There is Haneș, a 25-year-old student from Romania who’s traveled abroad to study cinema. Together, the subjects are not a couple, not in love, although they also are, sort of. They share a relationship of harrowing closeness. Or that’s the feeling one gets from watching this film Haneș made about the two of them over the three years they knew one another. With the end of Hanes’ studies and thus the end of her impetus to return to Lisbon imminent, this documentary self-portrait takes stock of what she and Augusto meant to one another and how they view the world.

Three years of an unusual friendship are left unsaid by these 40 minutes. All the audience is made privy to are snatches of late-night conversation. Viewers are brought into Cristina and Augusto’s most intimate moments without any of the circumstances which closed this intimacy around them. The title emblemizes this — Hanes identifies nicknames these two call one another, this private joke, but not any referent for them. Without any of the easy signifiers one can latch onto to delineate their relationship, the audience has to parse the dialogue, sometimes ambiguous to the point of opacity, to figure out how they feel about them together.

Augusto and Haneș speak frankly about sexual desire and activity, with the former using crude enough terms that one could easily dismiss him as a dirty old man. But there’s been no sexual contact between the two (at least, not as far as one can tell). Is theirs simply a friendship of total openness? Or does their sexual dialectic count as its own sexual dimension? Or is Augusto openly using his proximity to this young woman as an outlet for his lust? What power differential exists in this bond? The movie confounds any probe for a quick answer. 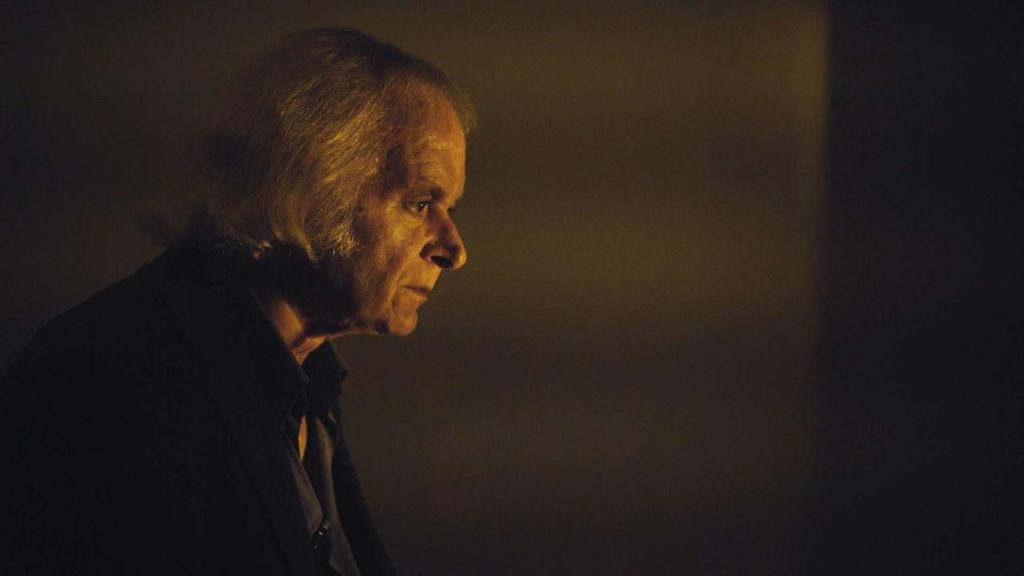 Complicating the dynamic is that Augusto is the one whom the film objectifies, not Haneș. The film consists mainly of different close-ups of his face, cut sometimes with views of a street beyond his window. Haneș enters the frame only once. Viewers must study Augusto in his isolation, trapped with him in his dark apartment, invited to pity or disdain him or feel whatever else one can muster for him. But that position also puts one in Haneș’ point of view, as the film’s form imitates her experience of being in that room with Augusto. One can inhabit either of them, or try to.

In António and Catarina, the potential of youth contrasts the accumulated regrets of age. In Cristina, Augusto seems to see a living embodiment of all that he wishes he could still have in the night (or maybe that reading shortchanges his maturity). Haneș has found a companion with whom she can share ideas free from any guardedness or pretense. And now they are “breaking up,” and that may evoke either relief or a bizarre sense of sorrow. Like with the rest of António e Catarina, what the viewer takes away reflects more on them than the film itself.