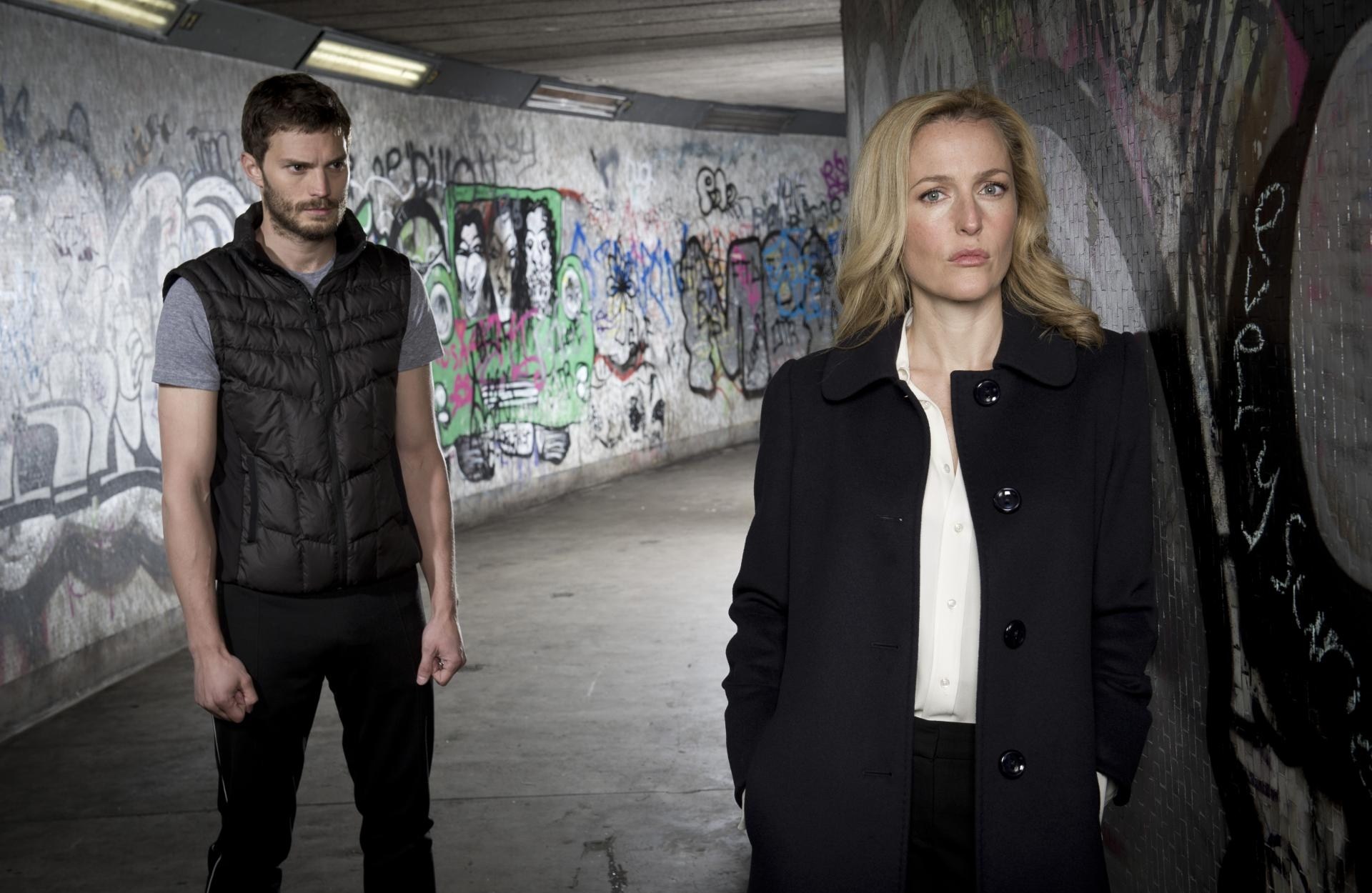 BBC’s The Fall is a crime drama set in Ireland and follows one investigator who comes to town with a simple task but ends up dealing with much more than she anticipated.

That investigator is Stella Gibson, played by Gillian Anderson, who comes to Belfast to assess a murder inquiry. When she discovers the crime is the work of a serial killer targeting young women, Gibson becomes the face of the investigation. Working with the Police Service of Northern Ireland, Stella must catch the killer, Paul Spector (Jamie Dornan).

The killer reveal is not a spoiler and that is part of this crime drama’s brilliance. We see two stories unfold separately while being propelled towards one another. We have Stella leading the charge with the rest of her police officers, each with their own set of issues to deal with. The officers have existing relationships and current dilemmas, some tied to the investigation and many just fleshing out that world. On the other end, we have Paul and his activities. He helps people in his work as a grief counselor, takes care of his children and deals with his marriage — all while stalking and murdering women all over Belfast. In such a short series (five episodes in season one) we learn a vast amount about both characters and their lives without The Fall becoming crowded. Another asset is the risks the storytellers take. There is no safety for any character and the twists and turns are drastic. There is death (unrelated to the serial killer) affairs, and massive chances taken by many of the characters. 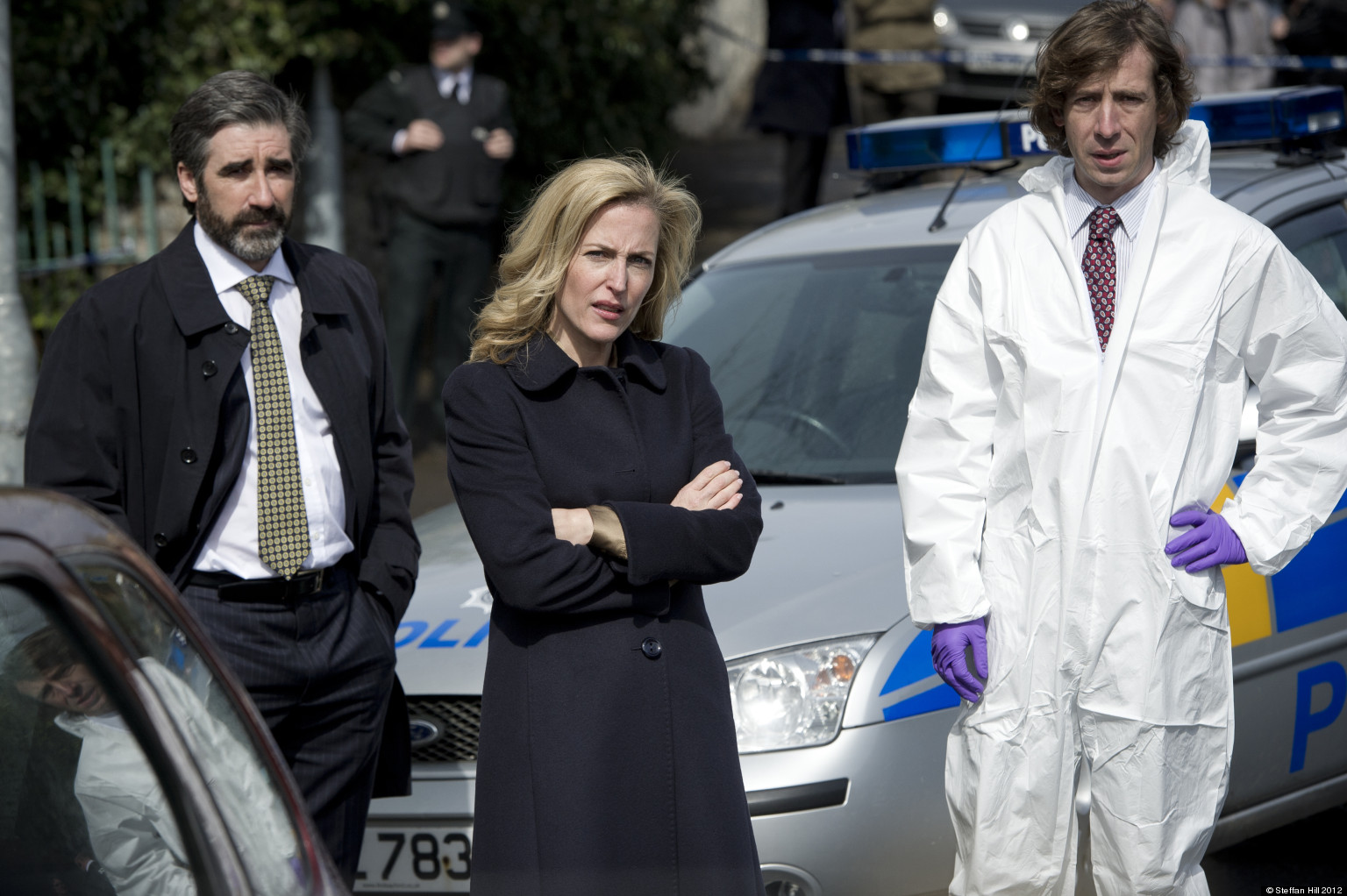 At the end of the day The Fall lives on the incredible performances of Anderson and Dornan. Do not get me wrong, there are many talented actors on the show. Archie Panjabi plays the medical examiner and friend to Stella. Niamh McGrady and Aisling Franciosi are compelling, although Franciosi’s role becomes much more important in season two. Also joining the cast in the second season is Colin Morgan of Merlin fame. While the entire cast is great, Dornan and Anderson drive the narrative and do it incredibly well. Stella Gibson is a hot mess in the best way. She is excellent at her job and does whatever she wants in her personal life, regardless of what anyone thinks. Her complete freedom makes for some entertaining scenes where she makes others — mainly men — quite uncomfortable. More importantly, her drive to find the killer, and the intelligence she uses, make the criminal investigation compelling — not with twists and turns but just the investigative process. The biggest surprise was Dornan, who I had seen in ABC’s Once Upon A Time during its first season. Now playing someone of the other end of the law, Dornan gets to flex his acting muscles. Paul Spector is creepy because he looks so normal at all times — in his sessions with patients or when he is committing murders. Paul rarely lets his crazy show and that makes him a far more interesting psycho.

During a time where every other show is a crime drama, The Fall is above and beyond the rest. Dornan and Anderson lead an incredible cast to tell a very compelling story. Winter is coming, so for your next Netflix binge this should be at the top of your list.